Sifting through every lotion, potion, and lie. 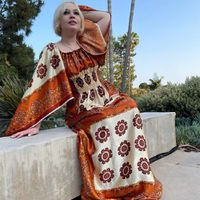 Hempseed Oil CBD Isolate
Broad-Spectrum vs. Full-Spectrum What To Buy

We don’t blame you if you haven’t made a habit of looking at the ingredients in every single one of your beauty products. But if you’ve ever used Obsessive Compulsive Cosmetics Lip Tar (RIP), True Botanicals' Pure Radiance Oil ($110), or even just Dr. Bronner’s soap, you’ve already been using hemp oil... surprise! The truth is, hemp oil (which also goes by the names cannabis sativa seed oil or hempseed oil) has been used in beauty products right under your nose for a long time. But an increase in demand for beauty products made from cannabis sativa—like hemp-derived CBD oil, also known as cannabidiol—means some confusion has recently surfaced when it comes to knowing which ingredient is which.

So what’s the difference? Well, it boils down to the fact that hemp oil comes from the seeds of the plant, and CBD oil typically comes from the whole plant (leaves, stems, and all). But admittedly, this is made a little more complicated when you bring in the notions of full and broad-spectrum CBD (along with CBD isolate), so let's break it down.

Hemp oil usually comes unrefined from cold-pressed hemp seeds, and is CBD and THC-free.﻿﻿ It has been a beloved skincare ingredient for so long for its rich omega fatty acids three, six, and nine. Not only do these fatty acids hydrate the skin, but they also serve as anti-inflammatories both topically and internally.﻿﻿

The fatty acids present in the oil even help reduce signs of aging—NBD.﻿﻿ When ingested, hemp oil definitely has its benefits, but keep in mind that it doesn't have the same relaxing effect as CBD.

Isolate is just plain CBD (cannabidiol) without the bells and whistles. A lot of the time when you see “CBD” on a product label, it’s CBD isolate. Generally, isolated CBD is dissolved in a carrier oil like coconut or jojoba, and that’s how it’s used; it's fully distinct from hemp oil unless the two are mixed after being created separately. With that being said, it has fairly similar properties to hemp oil.

CBD (cannabidiol) in its purest form, isolated from other elements found in the plant it was derived from.

CBD oil has also been shown to be anti-aging—but unlike hemp oil, the crux of CBD is its antioxidant effects. CBD’s incredibly strong anti-inflammatory properties are higher than that of hemp oil—which, along with the refinement process, is why it's more expensive. Early studies also suggest that CBD is extremely effective at regulating the skin’s sebum production, which shows that it has big potential for controlling acne, too.﻿﻿

These are the other ingredients that can be marketed as CBD besides CBD isolate. If you read “-spectrum” at the end of any descriptor of hemp or CBD, it usually means that it comes with other cannabinoids found in the hemp plant—sometimes including THC (broad-spectrum CBD usually contains THC, while full-spectrum does not). Because those cannabinoids are included, you theoretically get what’s called “the entourage effect," meaning, the other cannabinoids and terpenes work together with CBD to provide a more potent effect. Each has their own individual effect on the body, so think of it as a whole orchestra as opposed to a single violinist.

However, support for the entourage effect has been mixed.﻿﻿ Scientists disagree when it comes to determining whether or not the other cannabinoids matter. Continuing the musical metaphor, it could be an orchestra of people who don’t know how to play—there just isn't enough evidence for a sweeping declaration. Regardless, broad and full-spectrum CBD formulae are usually the ones most often used in products like tinctures, CBD vapes, and soothing creams—anywhere users want the "whole-plant" effect.

So What Do I Buy?

If you’re looking for something with a robust calming effect and can swing a higher price tag ($50+), a full-spectrum CBD product is likely the best fit for you. If you want a product that’s on the more inexpensive side (<$50), plus basic moisturizing and anti-inflammatory benefits, hemp seed oil is your best bet. And if you’re looking to reduce acne and inflammation with no other effects, you should lean towards an item with isolated CBD.

CBD Isolate: Treats acne and inflammation, separation from all other components of the cannabis plant makes it more pure

Of course, this is all presuming that each of these CBD forms would affect you in the same way they typically affect others—but the human body is a complicated system. Always read the ingredients list before you use a product and do your due diligence when you're trying a new brand. As always, your doctor or dermatologist is the best person to consult when it comes to finding the right form of CBD for you.

Up next: I Wore Stilettos For Five Hours and Experienced Zero Pain, Thanks to This Miracle CBD Cream