4 Ways CBD Can Help Your Health, From Easing Cramps to Soothing Inflammation

What is CBD? For Cramps For Headache and Anxiety Relief
For Sexual Enhancement For Inflammation

Though the news was quite literally Trumped by the main event, this past election day, seven states quietly voted to legalize marijuana in varying capacities—which means that as of now, 29 states have legalized weed either medically, recreationally, or both. The ramifications of this legislation abound—not the least of which is that suddenly, our country has a rapidly growing industry that, according to scientists, medical professionals, and savvy businesspeople alike, is brimming with potential. And as research underlining the medical benefits of cannabis continues to emerge at breakneck pace, the beauty and wellness industries have been quick to capitalize on their apparent overlap.

On that note, chances are that no matter the status of your state, you've heard about something called CBD—probably the legality of it is technically more widespread. Unlike THC (the psychoactive component of the cannabis plant) CBD doesn't get you high. It's found in high concentrations in both marijuana and industrial hemp plans. And while CBD isn't naturally found in our brains, we produce endo-cannabinoids, which are naturally occurring compounds in the body that interact with the endo-cannibinoid system, and the cannabinoids found in plants (including hemp) fit into those receptors.

According to current jurisdiction by the U.S. government, CBD sourced from industrial hemp plants is technically okay—though some brands opt to use CBD sourced from cannabis plants, which means that their products are only available in certain states. All in all, it's a bit of a legal gray area that only got murkier late last year when the DEA reiterated its classification of cannabis-sourced CBD as a Schedule I drug.

Regardless, CBD has popped up a lot in both skincare and wellness lately, since research shows that the compound is immensely useful in everything from pain relief to curbing anxiety. From a more anecdotal point of view, it's my secret weapon for alleviating menstrual cramps and getting rid of headaches on the fly. Topically, it's great for diminishing redness and inflammation.

So how exactly does CBD work? (And honestly, what is it?) Keep reading to learn about the research, the benefits, and how it might become a staple in your own self-care routine.

We now know it colloquially as a naturally occurring compound called a cannabinoid, but to understand how CBD works, it's useful to take a closer look at human anatomy. Our body has a group of receptors called the endocannabinoid system, which is tied to a variety of processes including the way we perceive pain, our immune system, mood, memory, appetite, and digestion. Cannabinoids are any kind of compound that bind to specific receptors in the endocannabinoid system, which in turn triggers a certain physiological reaction. Our body makes its own cannabinoids, but they can be also be found elsewhere. THC, for example, is a cannabinoid, and when it's ingested orally, it triggers a compound made in the the liver to create that signature buzz. CBD—which, interestingly enough, can be found in other plants like broccoli (in far lower amounts)—reacts in a different way.

"Think of it like vitamin C," says Kerrigan Hanna, CMO and co-founder of Sagely, a CBD-centric skincare line. "When our bodies are deficient in vitamin C, we experience fatigue and infections like the common cold. Vitamin C helps to support a healthy immune system in the same way that cannabinoids support the endocannabinoid system in the body. CBD is a powerful player in the cannabinoid arsenal and has shown promise maintaining a balanced immune system while promoting everyday health and wellness."

And because CBD is so versatile in its anti-inflammatory, antibacterial, anti-depressive, and pain-relieving capabilities (among other specs), it's popped up in the wellness and beauty industries in a number of forms. Keep scrolling to get a closer look at the benefits of CBD for a variety of ailments—and the corresponding products to try. (Just do your research to ensure that said products are permitted and available in your state.)

Shortly after getting my IUD last year, I got an awful period in which I was certain that my uterus was either eating itself or I was miraculously going into labor without child, and a sympathetic friend gave me a little pot of CBD-infused balm and advised me to massage it into my abdomen. It was like magic—my cramps diminished significantly, and I was finally able to function throughout the day.

"When the uterus contracts, it causes cramping, but the constriction of blood flow also causes pain and a whole cascade of other events," explains Jennifer Berman, MD, a Los Angeles–based urologist and female health specialist. "CBD has a direct effect on smooth muscle, relaxing smooth muscle and increasing blood flow." You can apply a CBD-infused lotion or oil topically to your abdomen, but I've also had luck using suppositories as well. (Foria's are a favorite, but you can also makeshift your own with regular oil.) Or you might try a relaxing bath soak—cramps, begone.

For headache and anxiety relief

Scientists have been extremely optimistic about cannabis's ability to relieve chronic migraines and difficult-to-treat pain—multiple studies show that it's a highly effective remedy. The same goes for different forms of anxiety and stress: In one trial, patients suffering from social anxiety disorder found that they were more relaxed before a public speaking engagement after taking CBD.

To alleviate any of these symptoms, you might consider taking Sagely's Relief & Recovery capsules, which are infused with both CBD and anti-inflammatory turmeric—nature's Advil, if you will. Or you can try our editor-approved pressure-point trick, and massage some CBD oil into your temples to relieve stress and pain almost instantaneously.

There's been a lot of interest in CBD as a libido-enhancer, particularly for women, says Berman. "It's challenging to evaluate sexual female response, much less develop drugs or products to treat that because it's so multifaceted," she says. For starters, since anxiety and stress can often be obstacles in achieving peak orgasm, CBD helps alleviate that. "The chatter in our heads, that's something women struggle to shut off," says Berman. "You can kind of muscle through it and pretend, but you need to [turn that off] in order to really experience intimacy and those feelings." And while they're not entirely sure how, she adds, researchers have found that there's a connection between CBD and the serotonin receptors in our brain.

From a purely physical standpoint, CBD can help relieve pain associated with sex, and many intimacy-oriented CBD products contain other components to help stimulate blood flow and increase sensitivity. Foria makes an entire line of CBD intimacy products for women and people with vulvas, including a CBD arousal oil. They also offer a line of products in CA and CO dispensaries only that contain THC. Meanwhile, Apothecanna's Sexy Time Intimacy Oil ($52) contains botanical extracts like argan oil (which boosts circulation) and jasmine (a natural aphrodisiac) to help supplement the effects of the CBD.

Because it's such a potent anti-inflammatory, CBD is also extremely useful in counteracting everything from sore muscles to red, angry skin. Research even shows that it can help regulate sebum production (buh-bye, acne) and, by balancing immune response, help prevent chronic skin conditions like psoriasis. All that, and because CBD is a powerful antioxidant, it could theoretically help combat aging.

While my psoriasis is unpredictable enough that I can't personally speak for CBD's effect on it, using Khus + Khus's CBD-infused Copious Body Serum ($45) has helped diminish my stubborn keratosis pilaris, aka the pesky "chicken bumps" that populate my upper arms. Meanwhile, CBD For Life's Muscle Rub ($25) is a godsend after a tough workout. 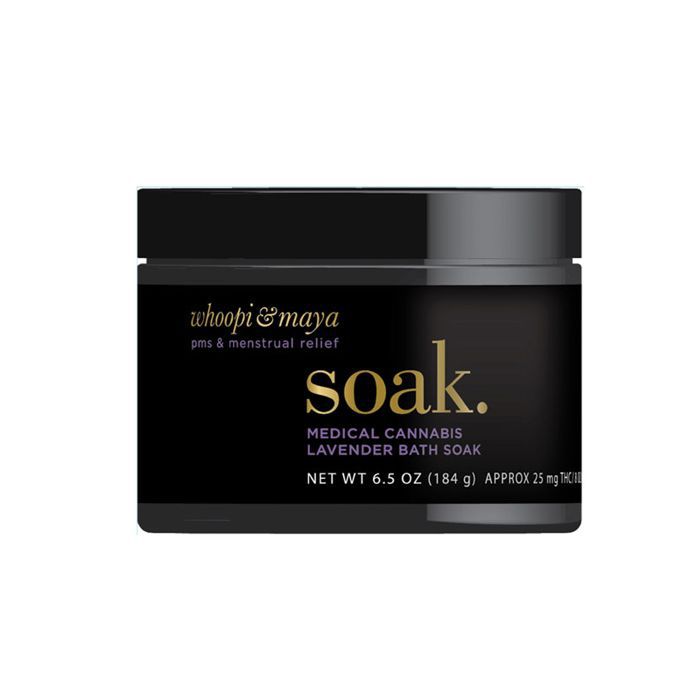 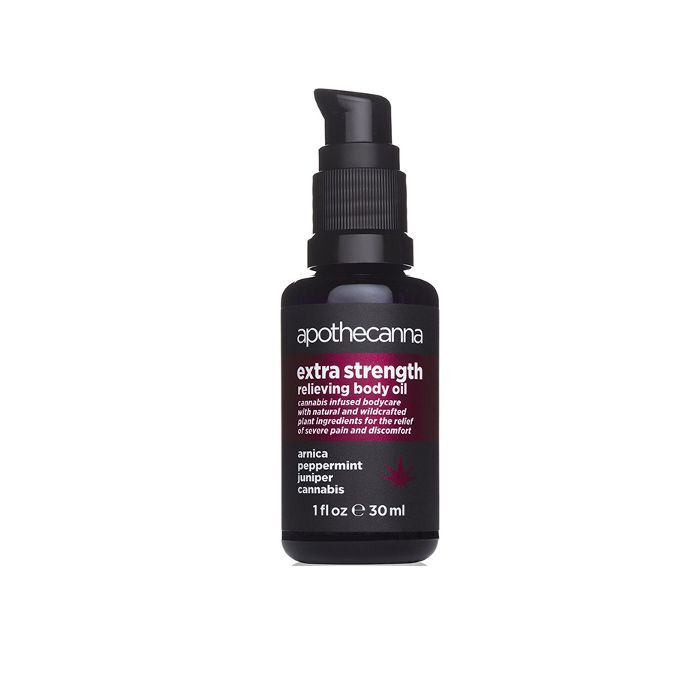 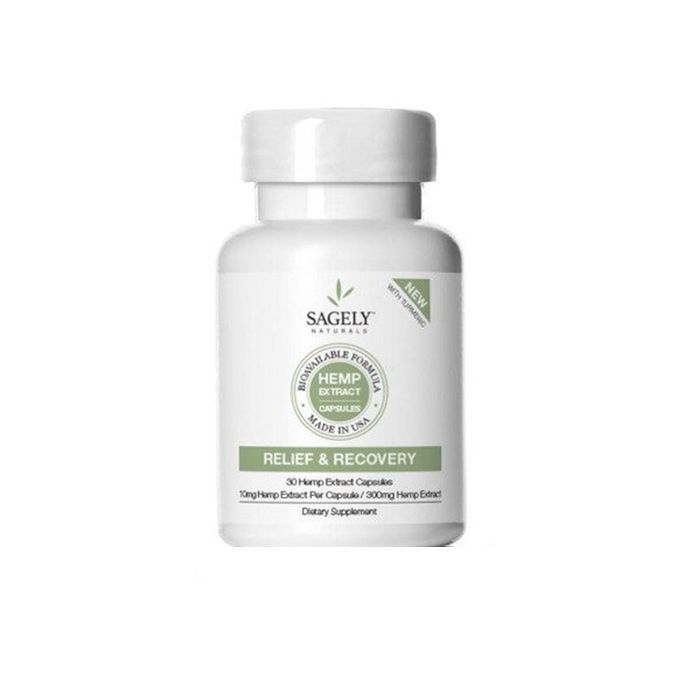 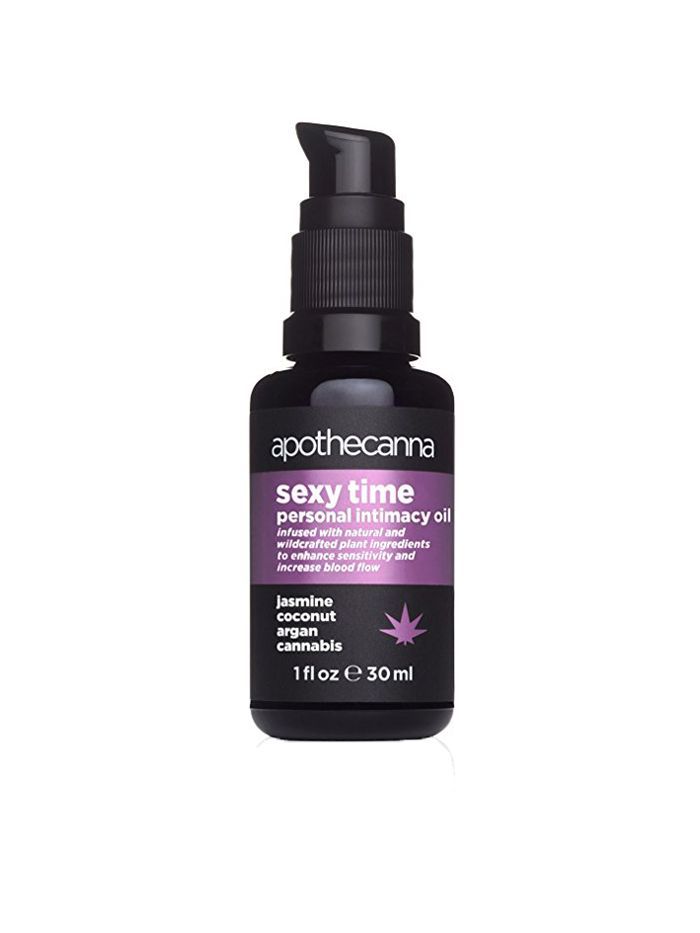 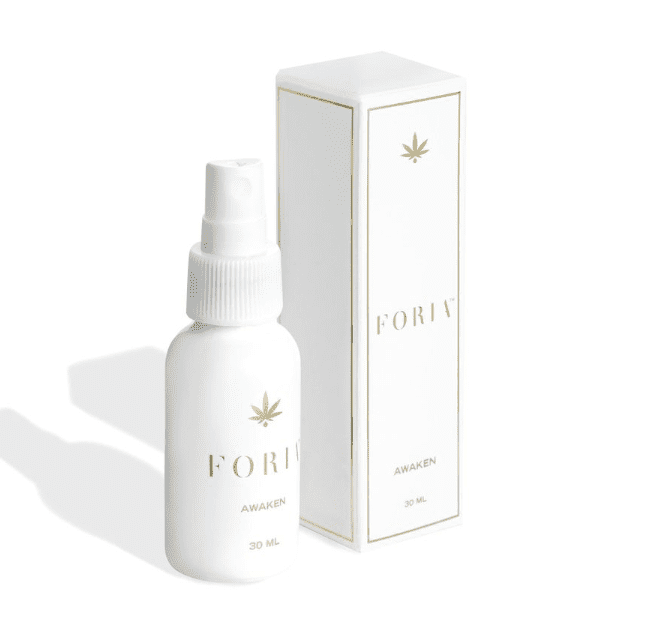 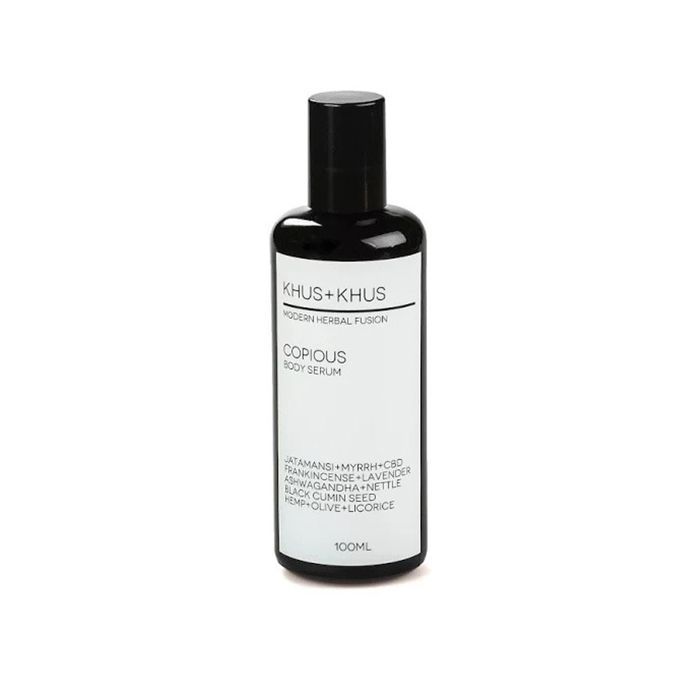 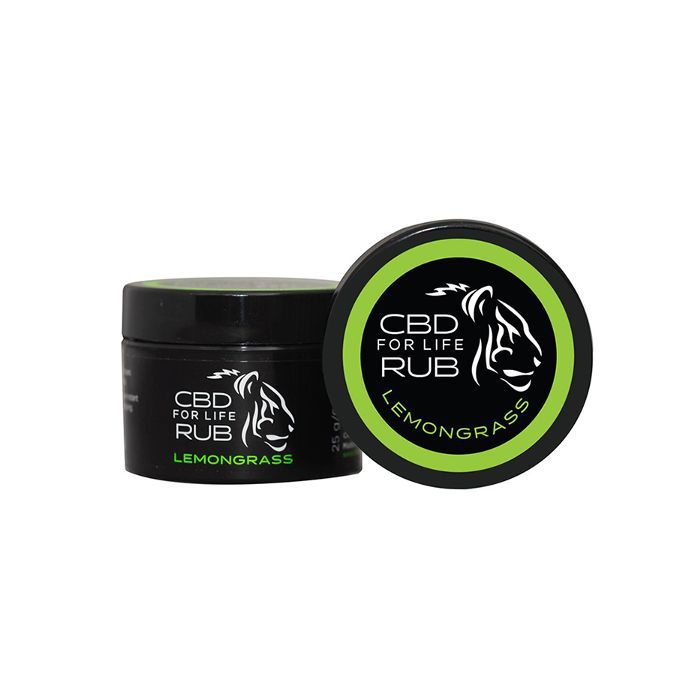