What Causes Dandruff? We Asked the Experts

Rebecca Norris
Rebecca is a contributing writer for Byrdie where she specializes in all things nails. She has worked in beauty editorial for seven years.
Byrdie's Editorial Guidelines
Reviewed by
Sophia Emmanuel

A Gentle, Non-Drying Shampoo An Aloe and Coal Set A Scalp Care Kit A Soothing Elixir
The Drugstore Classic A Cooling (and Environmentally-Friendly) Shampoo A Balance Restoring Shampoo

If you’ve ever scratched your head only to see little white flakes cascading down like snow, then there’s a pretty good chance you’ve Googled the cause. While the search engine likely helped you come to the conclusion of dandruff right from the top, it might not have made the causes—or what dandruff really is—immediately clear. That’s why we’re here. With the help of two board-certified dermatologists, ahead, you’ll discover the most common causes of dandruff, as well as what dandruff actually is to begin with.

First Things First: What Is Dandruff?

We all know it has to do with flakes, but board-certified dermatologist Adeline Kikam, DO, FAAD, the founder of @brownskinderm (a social media account dedicated to inclusive dermatologic care) wants to help expand our knowledge.

“Dandruff is white to yellowish, dry or oily flaking that occurs due to an increased turnover rate of dead skin cells on the scalp,” she explains. “It can be itchy, but lacks inflammation such as redness—unlike seborrheic dermatitis, a similar but much more severe condition, which tends to affect other areas of the body beyond the scalp.”

Now that you’re refreshed on the what, let’s go over the why. Keep reading for seven common causes of dandruff.

While it’s helpful to know the most common causes of dandruff, Okereke says that it’s important to understand that there’s no cure for the flakes, “but with the right ingredients, it can be effectively managed,” she says. “Over-the-counter products and prescription medication are useful in targeting one of the most common culprits, yeast overgrowth, and preventing irritation to skin with the use of anti-fungal and anti-inflammatory ingredients.”

For noticeable results, Okereke suggests using medicated shampoos and lotions with ingredients like selenium sulfide, ketoconazole, coal tar, and zinc pyrithione, as they’re all effective in controlling flaking and itching associated with dandruff.

“Dermatologists can also prescribe prescription-strength concentrations of some of these ingredients, in addition to topical steroids that can significantly improve the condition when over-the-counter products don’t work,” she adds. “As always, reach out to your dermatologist if you experience any bleeding, redness, hair loss, or pain to the scalp.”

With Okereke’s expertise in mind, ahead, discover seven products that are designed to help alleviate flaking, itching, and overall scalp irritation. 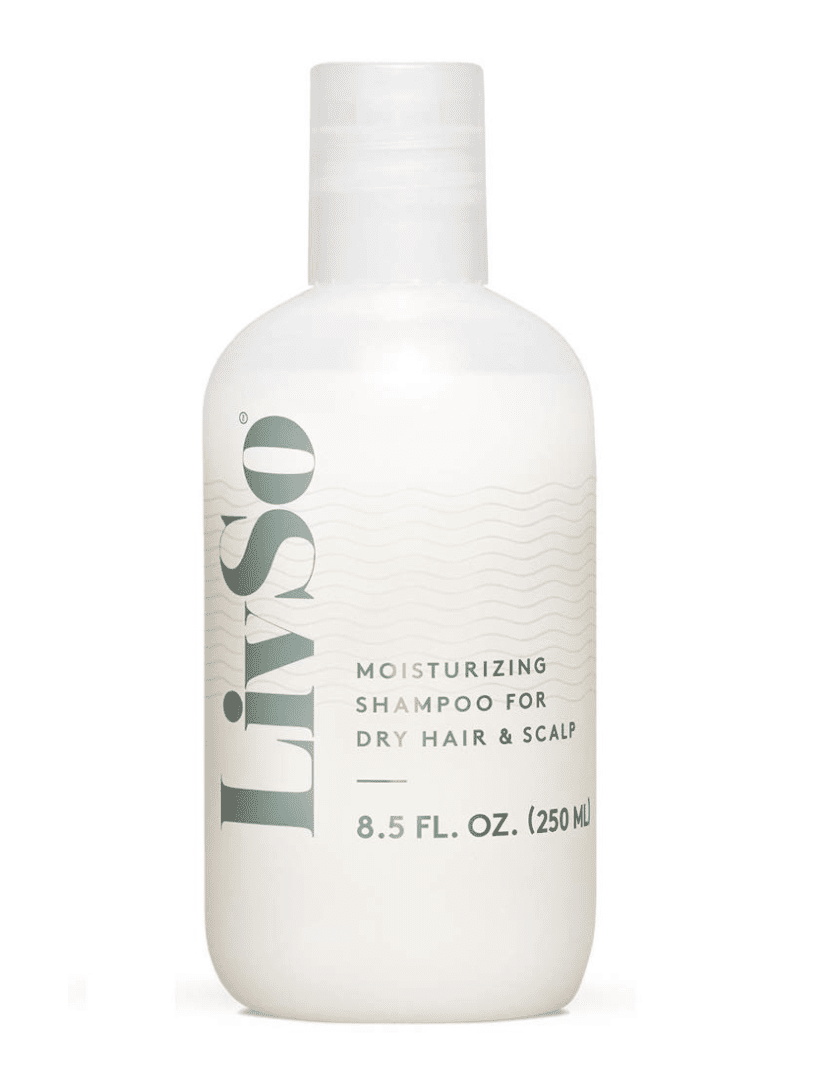 Kikam swears by this gentle, non-drying shampoo. “LivSo’s Moisturizing Shampoo is formulated with specialized ingredients such as xylitol to control growth of skin flora, like yeast, a culprit in dandruff,” Kikam says. “The shampoo is very effective at combating flakes and itching associated with dandruff.”

An Aloe and Coal Set 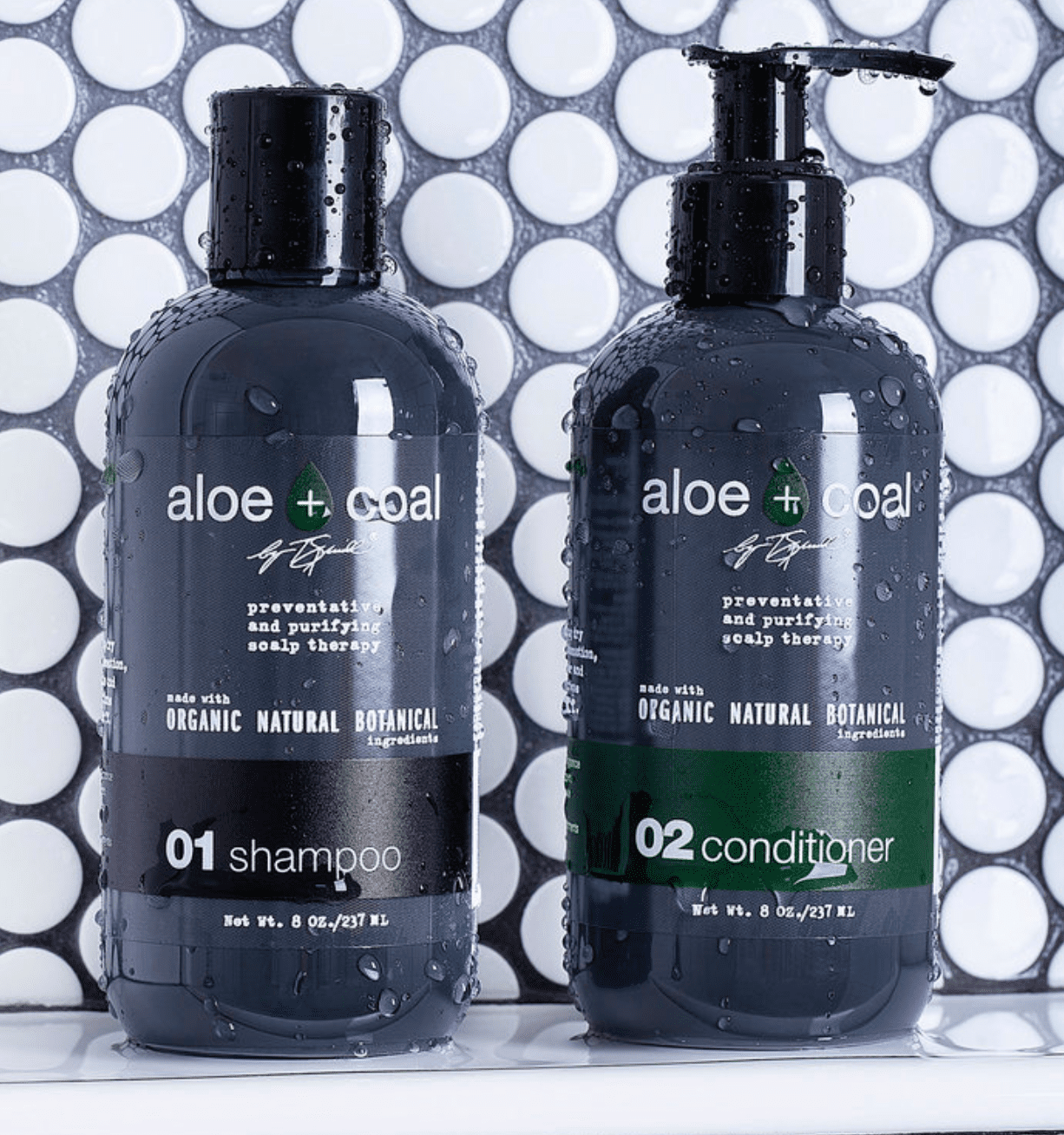 This Black-owned, dandruff-fighting shampoo and conditioner set (containing pyrithione zinc) is one of Kikam’s go-tos for treating flakes and scalp itchiness. Each bottle is eight ounces and the conditioner comes with a pump top. 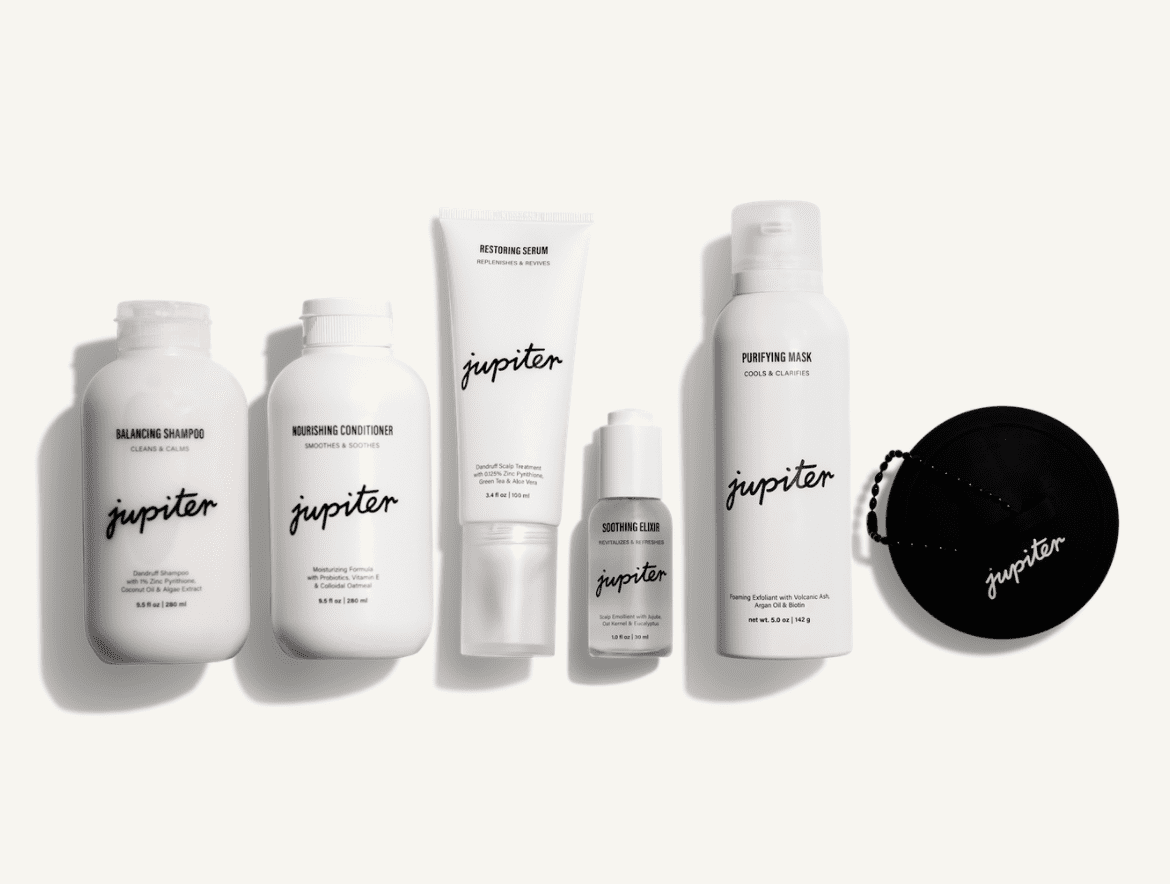 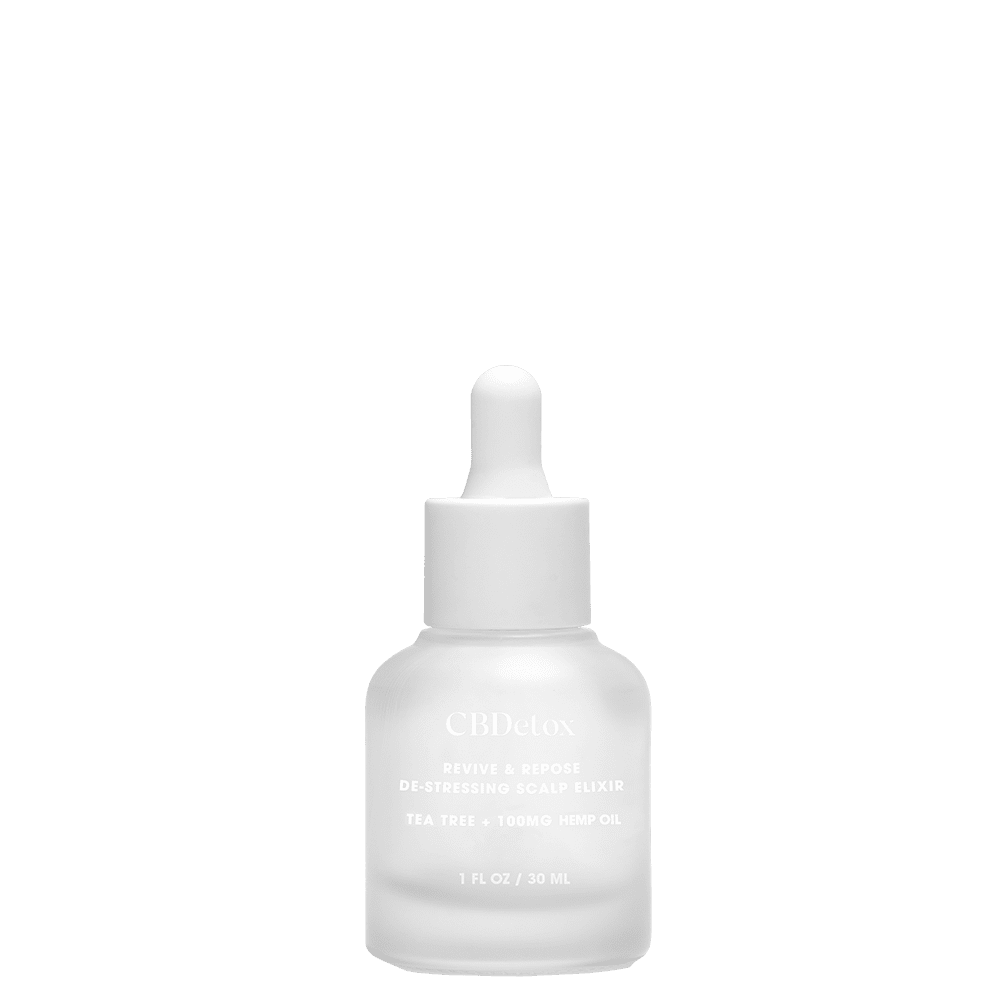 Looking for a leave-in scalp-soothing product? This tea tree and hemp oil elixir will do the trick. It’s designed to be applied to a damp or dry scalp twice a day, and promises to gently slough away the build-up of sebum and dead skin cells, leading to less itching and flakes overall. 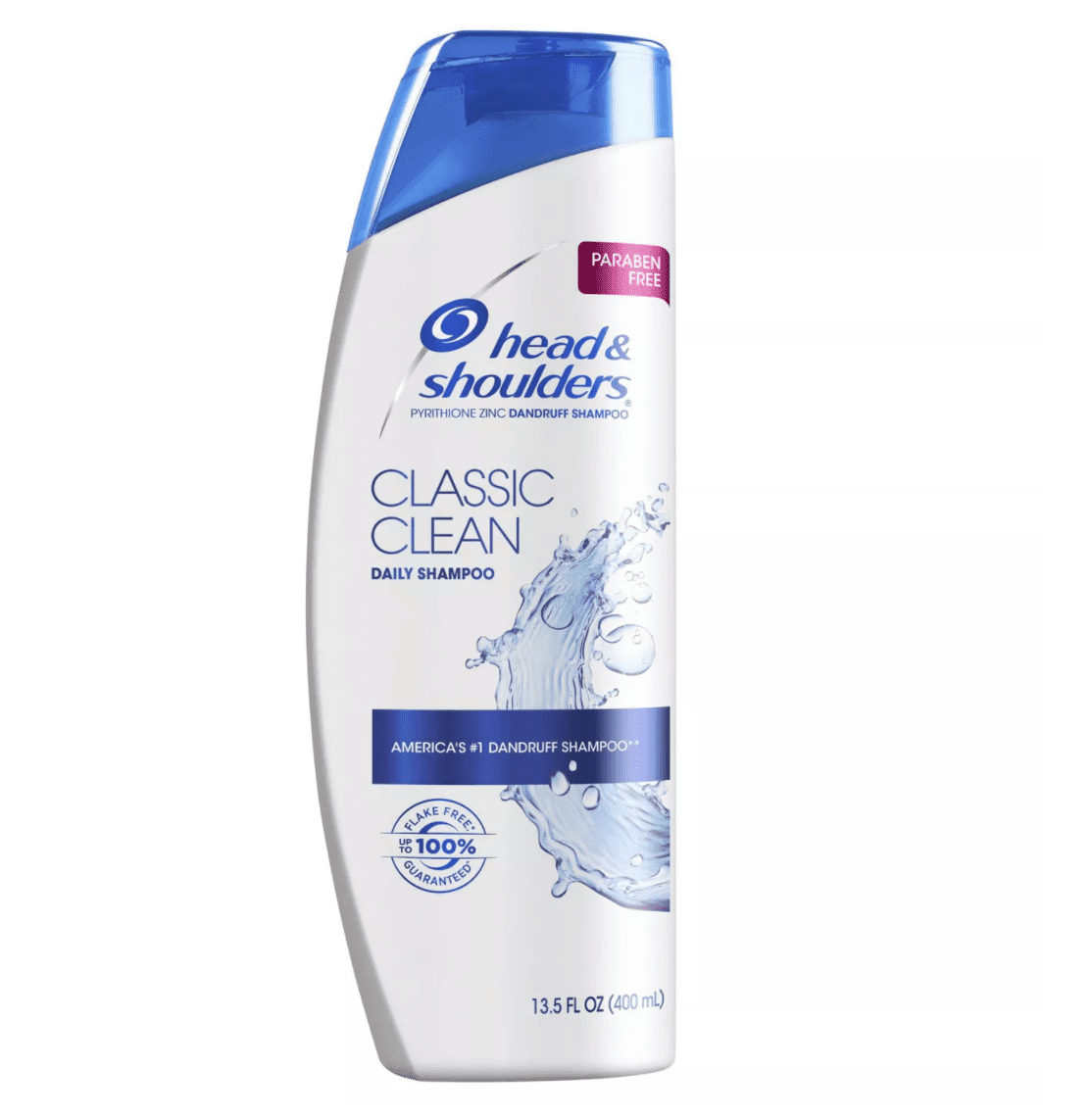 Thousands of shoppers agree: Head & Shoulders is one of the absolute best drugstore dandruff buys on the market. It’s made with pyrithione zinc to pack a powerful punch against flakes and—lest we forget—it smells so good.

A Cooling (and Environmentally-Friendly) Shampoo 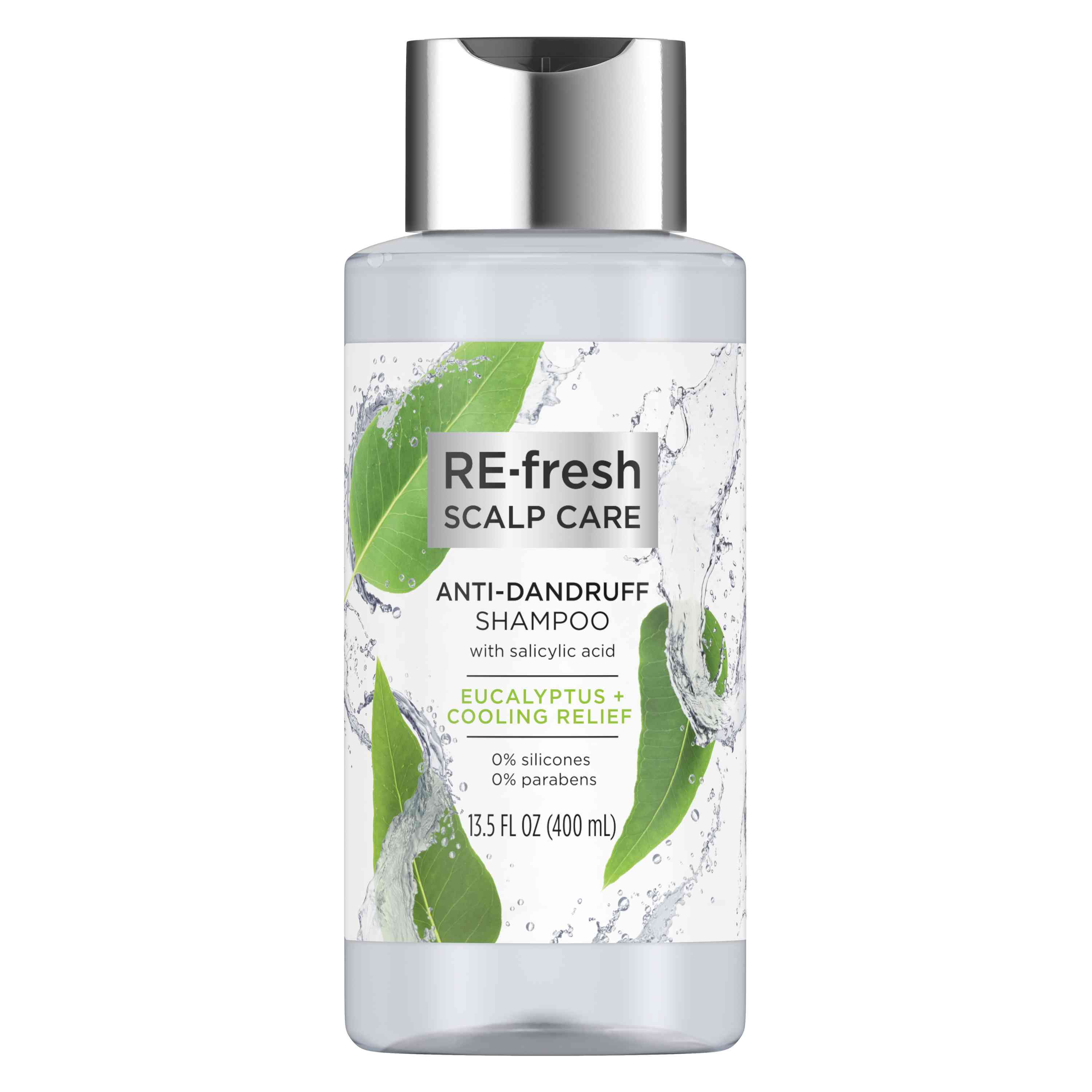 Made with salicylic acid-rich willow bark extract and anti-inflammatory rosemary extract, this top-rated anti-dandruff shampoo not only helps fight flakes, but offers a cooling, soothing sensation in the process. And as if the scalp benefits weren’t enough to make us swoon, the product itself comes housed in recycled packaging, making it a great choice for the environment, too. 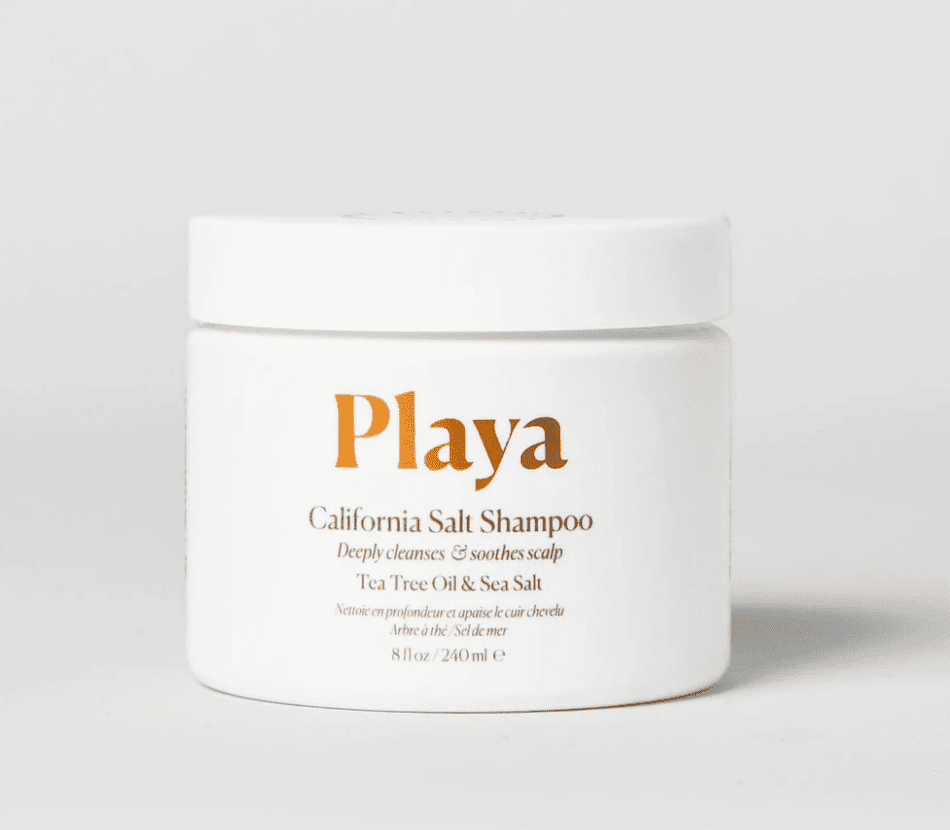 This scalp-soothing shampoo is made with anti-septic tea tree oil and sea salt meant to help restore balance to the scalp. By gently sloughing away the build-up of oil and dead skin cells, the shampoo works to alleviate symptoms of dandruff and lead to a calmer, clearer, flake-free scalp over time.

FYI: You're Destroying Your Hair With Those 2-in-1 Shampoo and Conditioner Hybrids
Article Sources
Byrdie takes every opportunity to use high-quality sources, including peer-reviewed studies, to support the facts within our articles. Read our editorial guidelines to learn more about how we keep our content accurate, reliable and trustworthy.