The Fascinating Reasons You Need Castor Oil in Your Life 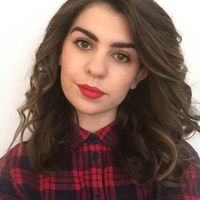 Amy Lewis
Amy is a freelance journalist who specializes in beauty, fashion, wellness, and lifestyle. She has written for Byrdie, Who What Wear, and Stylist.
Byrdie's Editorial Guidelines
Medically reviewed by
Rachel Nazarian, MD, FAAD

Have you reaped the benefits of castor oil yet? Even if you already slather it on your hair, brows, and eyelashes, you’re in for a vitamin-rich treat because this stuff isn't just great for hair growth. Nope, castor oil for your skin is praised by many experts for providing a healthy, hydrated complexion as well.

While we’ve long touted the wide-ranging benefits of coconut oil, argan oil, rosehip, macadamia, and others, good old castor oil and its long list of uses have been left out of the healthy oil buzz. Well, we’re here to change all that. Read on to learn more about the beautifying benefits of castor oil.

Who should use it: In general, people with problematic skin or people who want to prevent wrinkles. Pregnant women should avoid castor oil as it can induce labor.

How often can you use it: Once a week.

Works well with: Other oils like almond and jojoba.

Don't use with: Any other possible irritants.

What is Castor Oil?

Pressed from castor seeds found in the tropical Ricinus communis plant, castor oil is thicker and goopier than argan or coconut oil. But as its texture suggests, it’s also far richer in vitamin E and fatty acids than most plant oils, which may make it an effective replenisher for skin and hair. But the story doesn’t end there. The medicinal properties of castor oil are thought to have been harnessed as far back as ancient Egyptian times when the oil was regarded by many as an immunity-boosting elixir. It's still a mainstay of Ayurvedic medicine. Upon reviewing its properties, we get why.

But what do dermatologists think? Well, it's mixed at best. "Castor oil is sometimes credited with helping the absorption of other products into the skin, as well, it has purported (keyword) other benefits: anti-inflammatory/antibacterial/moisturizing, however, there is minimal data or studies showing these claims, and there is a significant divergence of opinion among skin experts, so it’s rarely considered a first-line agent," says Hirsch.

Rabach has a slightly different take: "Castor oil is a moisturizer for the skin, hair, and nails, and can be used alone or with other products. I would not recommend it for people with acne-prone skin, because oils go into the pores and clog them, exacerbating acne. The moisturizing effects are beneficial for chapped lips and super dry hands and feet in winter. There are some reports that it may have some anti-inflammatory properties, although it has not been well tested or established."

Benefits of Castor Oil for Skin and Body

Regardless of who we choose to listen to, we all know that truly radiant skin starts on the inside. But experts say applying castor oil topically may help you reap the rewards, too.

Use a clean spoolie to brush castor oil through your brows and lashes before bed for an overnight serum.

Side Effects of Castor Oil

Doctors often advise against consuming castor oil during pregnancy, as it can have a contracting effect on the uterus. A good rule of thumb is to consult a GP or pharmacist for guidelines on how to take castor oil. However, some product labels suggest beginning with a 15-milliliter dose (if you're using it for constipation) before adjusting as you need and never exceeding 60 milliliters.

Some reported side effects from topical use of castor oil indicate an allergic reaction and include skin rashes, itching and irritation, swelling, and hives. It's always recommended to do a 24-hour patch test when trying new ingredients to rule out any possible allergies.

How to Use Castor Oil

For inflamed skin in need of extra nourishment, Pande recommends dabbing a little oil on affected areas morning and night.

For split ends, it can be used similarly. “When it comes to sneaky split ends, put a quarter-sized drop of castor oil in the palm of your hand, and then warm it with your other hand before smoothing through the ends of your hair,” advises Pande. “For the ultimate restorative hair mask, blend with coconut oil and leave it on overnight to work its magic on your mane.”

The Best Products With Castor Oil 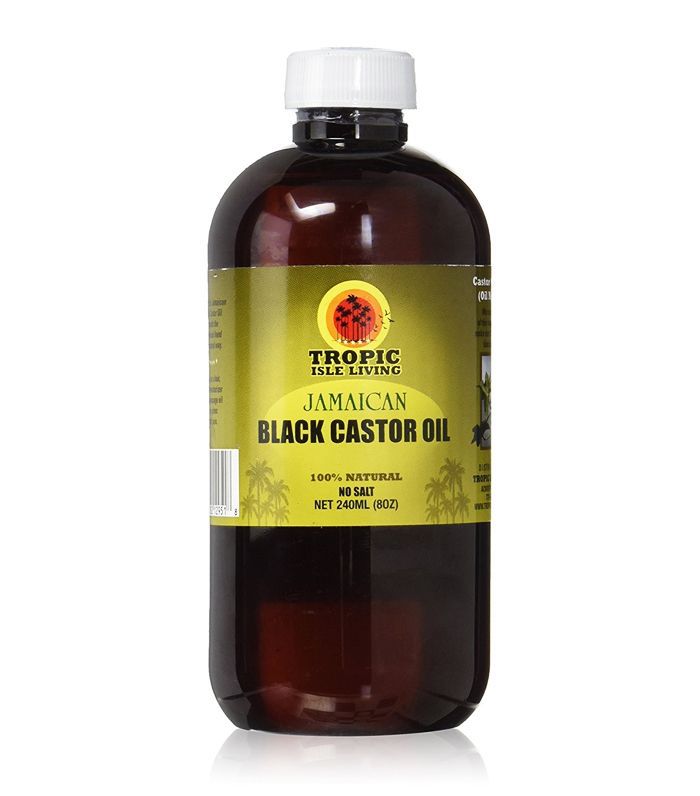 One of the most accessible brands to find, Tropic Isle has been producing and selling castor oil from Jamaica for almost 20 years. The 100 percent natural, pure Jamaican black castor oil is made from the highest quality castor beans, which are gently roasted and traditionally processed by hand to preserve their natural magnetism. 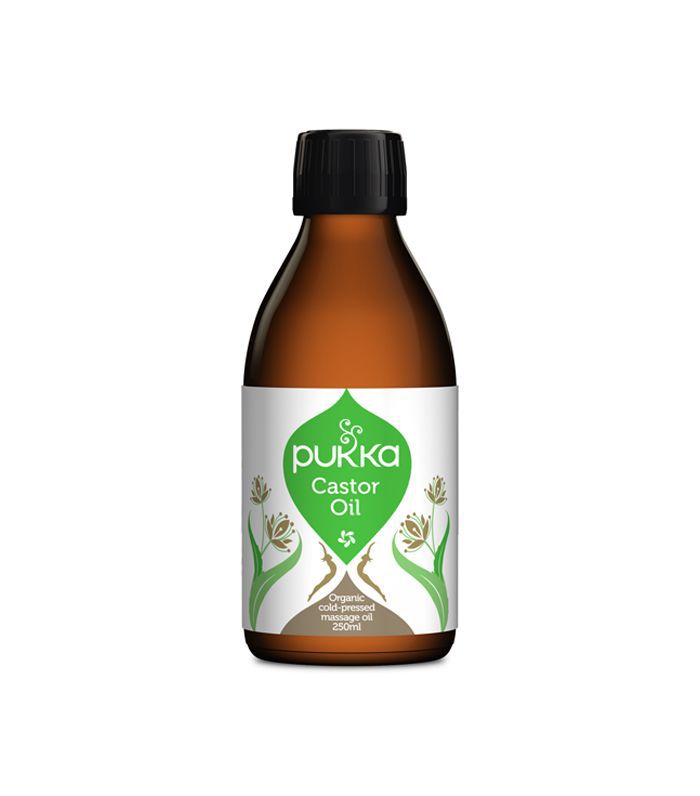 You might recognize Pukka for their tea or their herbs, but they also make and sell cold-pressed oils like this castor oil. Their castor oil is made from 100 percent certified organic herbs and ethically sourced castor seed oil. Pukka is a member of the 1 percent for the Planet organization, meaning a portion of each sale is donated to environmental causes globally. 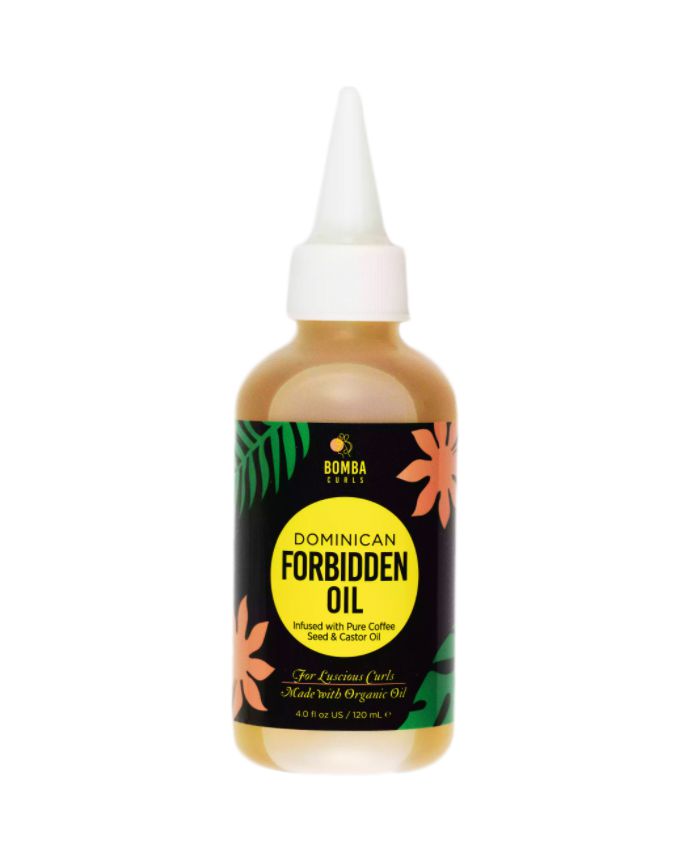 Natural hair-oriented brand Bomba Curls made this oil for hair, but they suggest using it on your whole body. Castor oil is a huge component, but so are black cumin seed oil and coffee seed oil, the latter of which the brand calls a "true Dominican hair secret." 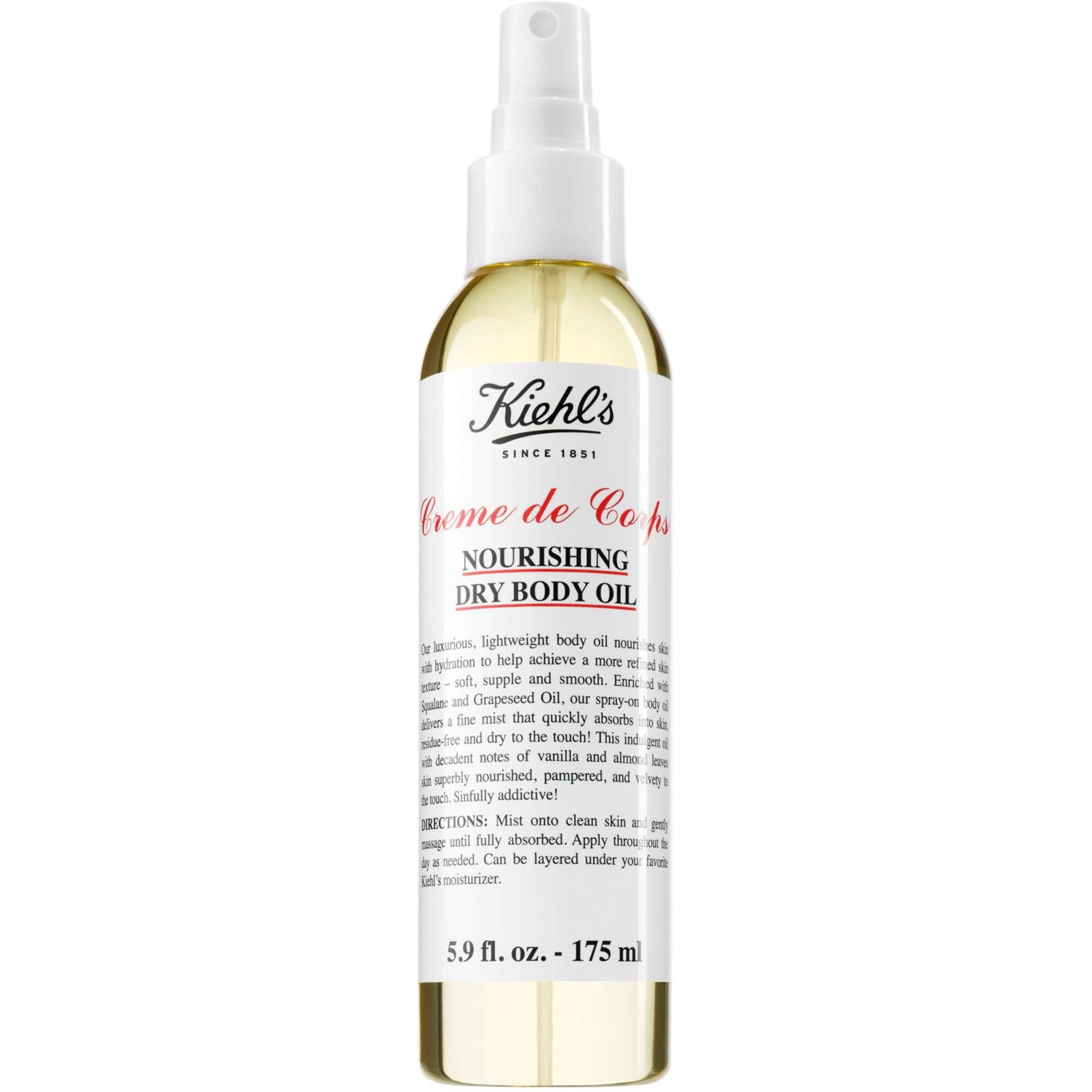 Few body oils excite editors more than this classic, which boasts grapeseed oil and squalane as two of its top active ingredients. Also on the list? Castor oil. It's super nourishing and conveniently comes in a spray, so not a single drop is wasted. 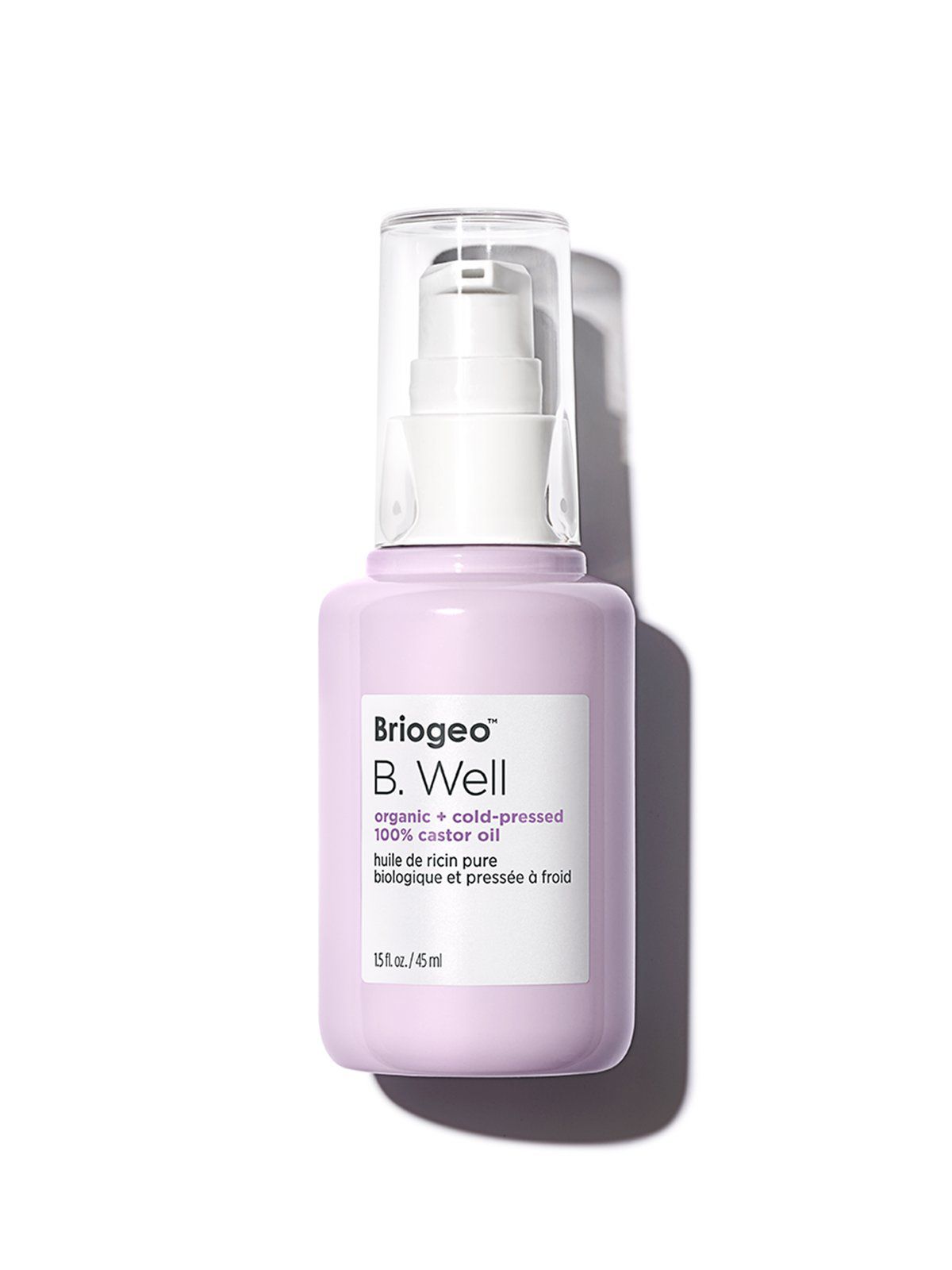 Another bottle of castor oil, pure and cold-pressed, this time from beloved haircare brand Briogeo. It's even fair-trade, so you know you're getting an ethical product. 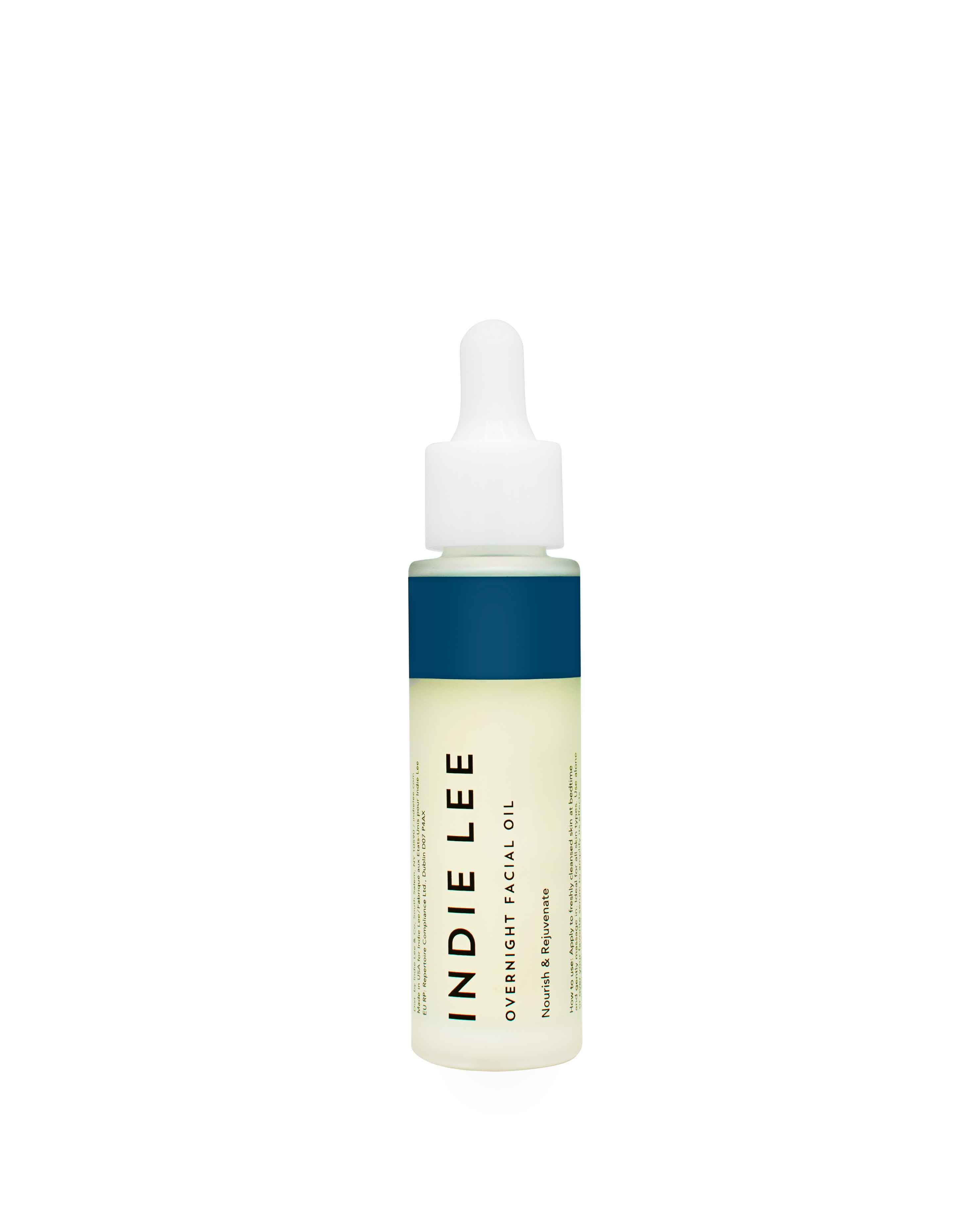 Who knew one simple ingredient could hold so much beauty power? This overnight oil is made to rejuvenate the skin while you sleep. While castor oil is a hero ingredient, the formula also includes lavender and marula oils to firm the skin, and rosehip, jojoba, and sweet almond oils for brightening.

FAQ
Will Castor Oil Actually Help Your Hair Grow? We Investigate
Article Sources
Byrdie takes every opportunity to use high-quality sources, including peer-reviewed studies, to support the facts within our articles. Read our editorial guidelines to learn more about how we keep our content accurate, reliable and trustworthy.