How Casteism Manifests in Yoga and Why It's a Problem

It is imperative to acknowledge and uncover the contradictions. 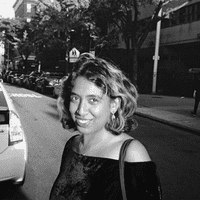 Prinita Thevarajah
Prinita is a writer, producer, and facilitator who has worked with community organizations for 5+ years. Prinita has been contributing to Byrdie since 2020 and has been published on The Zoe Report and Studio Ānanda.
Byrdie's Editorial Guidelines

Discussions around the Western appropriation of Eastern healing modalities are currently magnified in wellness circles all over. The global pandemic has ushered in new perspectives around oppression, institutions, spirituality, and freedom. Platforms run by practitioners of color are holding white practitioners accountable for the space they take up, exposing the devaluation of ancestral and Indigenous knowledge in the face of Western qualifications and accreditations. The colonization, commodification, and consumption of healing are being named antithetical to a spiritually holistic lifestyle. The experiences of non-white people are slowly being centered, moving towards a consciousness that seeks to hold both the healing and the traumas embedded within the practices themselves.

For collective healing to occur, we must acknowledge the ways in which we are complicit in systems of oppression maintained in all institutions, including the wellness industry. Now is the right time to examine the complicated casteism entrenched within the $84 billion industry that is yoga. The practice, through ancient spiritual hierarchies, continues to subjugate South Asians. Systemic marginalization of "lower caste" communities has a foundation dating back to the beginning of South Asian spirituality. It is imperative to acknowledge and uncover the contradictions that lie within yoga. What does it mean to be in a modern-day relationship with yoga as a practice?

Last August, Studio Ānanda (the wellness platform that I co-run) presented musings around the supremacist violence within yoga. The image played on the widely known sun salutation cycle, a routine that has no roots in ancient yoga but was formed through modernization by Europeans to integrate fitness into the practice.

Our community met us with curiosity and a deep interest in further exploration. In transparency, neither Fariha nor I belong to Hindu or caste heavy backgrounds. I was raised in an Eelam Thamizh family, ancestrally belonging to the Vellalar caste of Sri Lanka. Historically, this caste comprised agricultural communities and, through an alliance with the highest brahmin caste, formed a ruling class. Due to my family’s privilege and position in an upper caste community, I have been afforded the freedom to interrogate and explore this issue.

Due to my family’s privilege and position in an upper caste community, I have been afforded the freedom to interrogate and explore this issue.

I was not raised within the system of yoga. I came to it when I began my healing journey two years ago. Yoga was one of the first methods that brought me back to my body as an incest survivor. It is the gift that grounds me, allows me to overcome my bouts of anxiety, and channeled my vaginismus' curing. Committed to a healing journey built on the integrity and resilience of decolonization, as I learn more about my South Asianness and the history of this practice, it is my responsibility to explore its nuances and contradictions.

To understand the oppression that lies within the system of yoga, one must have a basic understanding of the caste system. Born out of Hinduism in India, caste is one of the world’s oldest social hierarchies, ordering society based on purity laws. A person is born, raised, and dies in the caste their family is assigned to, with doctrines of karma and dharma justifying extreme differences in qualities of life.

Casteism is an underlying factor of the rampant inequality that permeates India. As Dalit revolutionary B. R Ambedkar once wrote, "caste is another name for control." In 2019, the mammoth victory of Indian prime minister Narendra Modi’s Bharatiya Janata Party (BJP) confirmed the country’s ongoing values of fascism, patriarchy, and caste. In an in-depth report post-election by The Caravan, political leaders across India emphasized how caste was a big part of the BJP’s political strategy.

The Manifestation of Caste Systems in Yoga

Most yoga spaces teach the concepts of karma and dharma in their practice. Where karma is the idea of the what-goes-around-comes-around concept, dharma highlights the laws that make social order. These two principles have been used to justify discrimination against lower caste people.

Yoga exclusively uses Sanskrit, a Hindu language associated with upper-caste communities. Often referred to as "the language of gods," terms like "om" and "pranayama" are used throughout yoga circles. Across history, Dalit communities have been restricted access to learning Sanskrit to keep them uneducated—which has led to violence. Yoga catalyzes the socio-political climate of caste exclusion throughout India.

Towards A Holistically Decolonized Practice of Yoga

Recently, I interviewed animist-somatic practitioner Tada Hozumi on The Ancestral Nervous System. In the interview, Hozumi described the caste system as "cultural kundalini syndrome with energy completely getting lodged in 'high vibes' and power getting concentrated in human beings." We spoke about the exportation of the spiritual practice into the West as maintenance of the caste system in different ways. A lack of accountability for monolithic hierarchies in western yoga spaces is merely a repackaging of yoga's historically subjugating foundations.

It is necessary to interrogate the normalization of karma and dharma principles in yoga arenas to question how the concepts aid supremacist beliefs. A lack of access to language is often a tool for oppression, so yoga spaces committed to liberatory politics must be more critical about their unintentional use of Sanskrit. Yogis with caste privilege should acknowledge that while we have been subject to colonial misappropriation, our ancestors have also been perpetrators of unjust harm.

We must amplify the voices of South Asian yogis from marginal backgrounds whose act of practicing yoga is a subversive one. Navi Gill, for example, is a Panjabi Sikh woman whose practice as a yogi is a radical one, coming from a community that has been historically excluded.

More effort must be placed on seeking out yogis who are holistically healing the lineages of trauma that they have been born out of.  It is no longer okay to reap the benefits of healing modalities without acknowledging its history, particularly as supremacist politics are flourishing throughout South Asia. If our practice of yoga is not informed by this ancestral and ongoing legacy, we are embodying a complacent and colonized practice that maintains the very authoritarian power dynamic we wish to abolish.

I have not practiced yoga in the context of a class since I began this research last August. However, my relationship with the spirit of the practice has grown. I have begun to understand that as a queer, South Asian femme, I will always have access to the ancient wisdom that lies within yoga (aside from its interpretation by man). Coming intuitively to yoga as a ritual that, through movement, can teach me more about myself, others, and the world than any history book can ever, has been the first step. Accepting and holding the contradictions and messiness that come with a holistically decolonized lifestyle has been the next. Woven into many of our lineages are the narratives of both the colonized and the colonizer. We have the choice to take these inherited legacies and use them as resources to awaken deeper truths. If we are committed to transforming ancestral histories of oppression, we must also be committed to uncovering the multiplicity of these truths.

South Asian or not, all those who teach and engage with yoga in the West must understand that white supremacy and caste supremacy go hand in hand and that yoga carries its own legacy of violence. In holding ourselves accountable, we make space for the insightful nuances of this indigenous tradition and allow ourselves the opportunity to evolve into the highest and most liberated version of ourselves.