As music fans, we're pretty used to our favorite artists teasing us when it comes to a big reveal. Usually, though, the big reveal involves a highly anticipated single or album release—not their face. And yet, in the disturbing wake of country singer Carrie Underwood's nasty fall in November 2017 (in which she reportedly broke her wrist and was treated for numerous cuts and abrasions, which led to roughly 40 stitches in her face), the singer did just that and kept fans and well-wishers in the dark regarding the exact state of her recovery and face post-fall.

Following the November accident, which took place just outside her home in Nashville, Underwood's rep released a vague yet generally positive statement explaining the singer's recovery would "take some time and she appreciates all prayers and well wishes." However, in the months that followed, the public became increasingly concerned with the actual severity of Underwood's accident as the singer took to social media on numerous occasions to publish numerous cryptic messages and updates.

During her healing hiatus, the images we saw kept most of the singer's face hidden from view, signifying the slow and gradual state of her recovery. In fact, just seven weeks after the accident, the country singer revealed the most information about the fall within a note (which People obtained) to her fan club:

"There is also another part of the story that I haven't been ready to talk about since I have still been living it and there has been much uncertainty as to how things will end up," she wrote. "It's crazy how a freak random accident can change your life."

"In addition to breaking my wrist," she continued, "I somehow managed to injure my face as well. I'll spare you the gruesome details, but when I came out of surgery the night of my fall, the doctor told Mike that he had put between 40 and 50 stitches in."

And while she clarified to readers her healing journey was on the upswing, she did indicate that she wasn't "quite looking the same," yet she was grateful the consequences hadn't been much worse.

"I am determined to make 2018 amazing and I want to share things with you along the way," she concluded. "And when I am ready to get in front of a camera, I want you all to understand why I might look a bit different."

So as the months and vague social media posts wore on, it's safe to say that both concern and, if we're being 100% honest, curiosity steadily increased.

However, after this year's Academy of Country Music Awards, the wait was officially over. Not only did the singer reveal the first full-on selfie the day before during rehearsals (see above), but she also performed her song "Cry Pretty" live and on stage, finally silencing the ambiguity surrounding her appearance. (For the record, she looked like her same stunning self, and we—like many—were hard-pressed to detect even a note of the difference.)

Of course, this has sparked some unsettling rumors, the worst of which citing Underwood's fall and months of injury hiatus as a mere cover-up to explain some potentially non-injury-related plastic surgery. The main provocation of said rumors? That the singer's face looked virtually the same post-reveal, despite the dramatic stir the singer and her team had mentally prepared us for. No, it's not that we were wanting her face to look vastly different, but after so much hype regarding the big "reveal," Underwood's new (albeit very similar) look had people scratching their head and, unfortunately, saying some nasty things. Months later, Underwood is finally addressing the rumors head-on in an exclusive interview with Redbook.

"Any time someone gets injured, it looks pretty bad in the beginning, and you're like, 'What is this going to wind up like?' You just don't know," mused the country star. "It was also a perception thing because I look at myself [now] and I see it quite a bit, but other people are like, 'I wouldn't have even noticed.' Nobody else looks at you as much as you think they do. Nobody notices as much as you think they will, so that's been nice to learn."

Which got us wondering: What does the healing process realistically look like post-stitches? We decided to ask Beverly Hills-based dermatologist Jennifer Herrmann, MD, FAAD, what recovery typically entails and what kind of products and treatments can lend a helping hand.

Keep scrolling to find out what we learned. 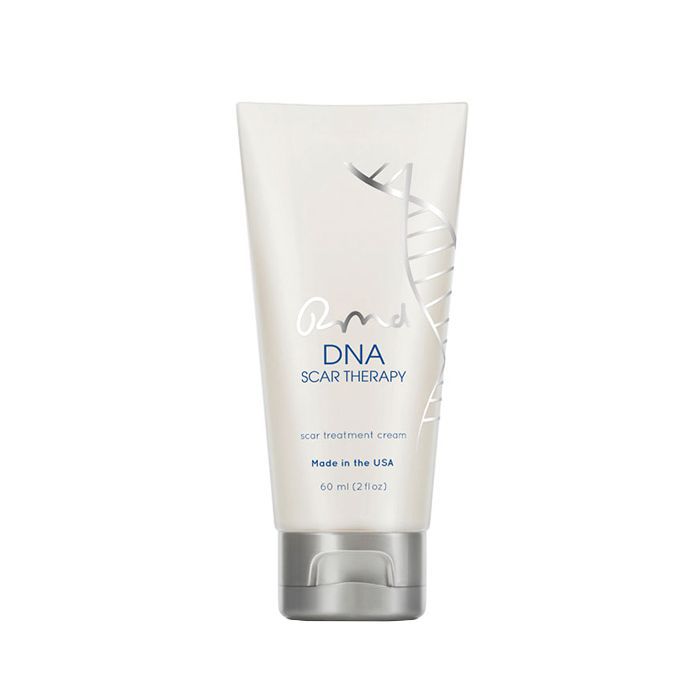 "Because there are different types of stitches, it's best to follow the instructions of your surgeon," clarifies Herrmann right off the bat. "We typically use Steri-Strips over stitches, which are flesh-colored paper tapes that help keep the skin edges perfectly aligned and keep the stitches protected. Then after the Steri-Strips come off and stitches come out (usually five days to two weeks), it's best to coat the scar line with a simple emollient like Aquaphor for another week and then transition to a scar cream and strict sun protection."

Herrmann stands behind DNA Renewals iteration shown above, which strategically boasts DNA repair enzymes to encourage wound healing while also containing silicon for an added boost of hydration, which is essential to expedite healthy healing.

"During the initial healing phase, it is also imperative to minimize movement in the stitched area," says Herrmann. "If the wound edges are stretched or pulled, this can lead to scar widening (think of a widened, crinkly white scar line rather than a hairline white line) and even the separation of the wound. On the face and especially the forehead, we can often use Botox to temporarily relax facial muscles to prevent tension on stitched wounds, which will improve the overall cosmetic result.

"Finally, for those patients wishing to gain the absolute best cosmetic results, we offer intra-operative laser resurfacing immediately after stitching. Our practice has shown that when laser treatment is done at the time of stitching, scars are minimized and can even be imperceptible. This adds no additional recovery time and gives the best possible results. " 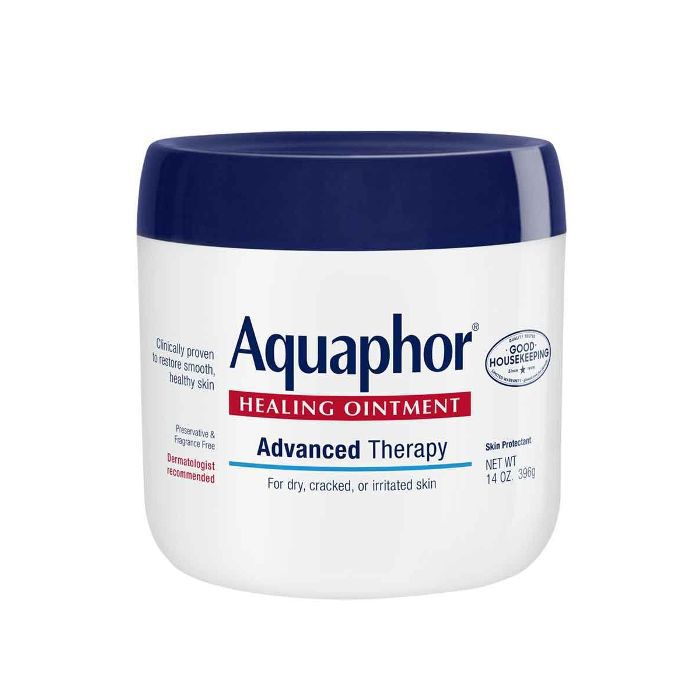 According to Herrmann, recovery time will largely depend on the location of the wound and how deep and wide the injury was initially. "Typically, one week after surgery, scars are only about 5% the strength of normal skin. At a month out, they approach 35% to 40% the strength of normal skin, and at six months, they reach about 85%. Although scar remodeling continues for over one year, scars never reach the strength of unwounded skin. Although healing is a remarkable process, it's imperfect," she explains.

Which, of course, is why being diligent about your topical treatments (and perhaps even in-office treatments like lasers) will be paramount for a smooth recovery. Here's the timed regimen recommended by Herrmann as a starting point (again, make sure to talk to your personal dermatologist if you have questions).

"Early on, I recommend Aquaphor or Vaseline to hydrate the wound. Then around two weeks out and beyond that, you can start with the scar cream. Look for ingredients like DNA repair enzymes and silicon to promote healing and moisture and avoid topical antibiotics like neomycin, as they can cause allergic reactions.

"And of course, SPF is a must after suture removal. UV slows the healing process and can lead to post-inflammatory hyperpigmentation (think a dark scar) that can take months to fade. Post-surgical treatments depend on how your scar heals. Thick scars can be injected with cortisone; bumpy scars can be smoothed with resurfacing lasers like our CO2 Laser or Erbium Laser, and red scars can be treated with the PDL Laser."

3. What Should You Avoid?

"Despite the marketing hype behind vitamin E, there is little evidence that vitamin E improves scars. Yes, vitamin E plays a role in collagen synthesis, but applying it on top of the skin doesn't translate to 'improving' collagen generation. In fact, some studies have shown that up to one-third of patients using vitamin E develop an allergic reaction to it."

So although we hope you never ever take a spill like Underwood, at least you now have some product and procedure know-how in case you ever find yourself (or have a friend or loved one) recovering from stitches and scarring.