Does Caffeine Really Make a Difference in Skincare Products? 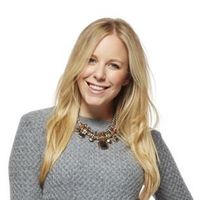 If you can't start the day without an extra-wet double shot of a caramel-infused mochaccino (or whatever your order of choice happens to be), you'll be pleased to know that there are other aspects of your life into which you can introduce a dose of caffeine. No, we're not talking tea. Namely, your skincare regimen. Caffeine has been used in products for years, and on a basic level, it makes sense. Think of what taking a few sips of your morning coffee does to you. Those sips pep you up, boost your energy and aid your concentration—so surely a few drops of a caffeinated serum or eye cream would do the same thing, right? Not for your concentration, obviously, but for your body. It turns out, it's not that simple. We did a little digging to find out whether caffeine works just as well in a face cream as it does in your favorite mug.

Who should use it: In general, people with concerns about wrinkles or aging.

How often is typical use?: Usually, it's used once a day, in the mornings.

Works well with: Vitamin C and ginseng for an ultra-brightening effect.

64 percent of Americans drink at least one cup of coffee a day, and the number is only rising. That's just in America—which isn't even one of the top coffee-consuming countries. So it's safe to say coffee, love it or hate it, is a pretty big deal. It's also why people know of its active ingredient: caffeine. Caffeine, when ingested, acts as a stimulant; lucky for us, it has a similarly brightening effect on our skin.

But just as actively as people love coffee, others dislike it. In parallel, caffeine for skincare is a controversial ingredient. Yes, it's a fabulous brightener, but it doesn't have the same effects on your skin as more sleep would. Either way, it's one of the buzziest ingredients in skincare today, no pun intended. Gradually, more brands are starting to include it in their formulas. There's even a Korean skincare brand, Beigic, dedicated to using the plant as their "hero" ingredient. So why the sudden interest? Well, it's partially due to the things that come in coffee bean oil, partially due to caffeine itself, and mostly due to renewed interest by cosmetics companies in centuries-old home remedies.

Benefits of Caffeine for Skin

Since there's a lot of hype (and resulting discourse) about what caffeine can and can't do in products, so there's a lot of misinformation. "Caffeine is often included in skincare products claiming to help with cellulite or puffy eyes," says Paula Begoun, ingredient and product expert and founder of beloved skincare brand Paula's Choice. "But it doesn't work well for either concern. However, caffeine may have soothing properties and does provide antioxidant benefits." Soothing? Caffeine? The drink that makes your cheeks red and stomach upset when you drink too much? We're a little shocked, but it turns out a boost in circulation is a good thing; it gets your skin glowing.

And, while it can't beautifully brighten your face the same way it does your mood, what caffeine does is no mean feat. By using products that contain antioxidants like the ones that are found in caffeine, you can limit the amount that your body produces free radicals, which are what cause fine lines and wrinkles. Beigic's site notes that green coffee bean oil can help aid in collagen and elastin production through the amino acids it contains.

The fact it doesn't get rid of cellulite or un-puff eyes doesn't mean it's never brightening. "When caffeine is combined with other ingredients, we combine it with ginseng, it can energize the skin and optimize cellular energy to help keep skin hydrated, conditioned and looking fresh," explains Lizz Starr, executive director of global product development for Origins. "Not only that, but it's a great anti-irritant and promotes skin smoothing."

So there you have it: Like most ingredients, there are limits to what caffeine can do for your skin, but it does have incredible value in your skincare routine, so it's worth stocking up on.

The Best Skincare Products With Caffeine 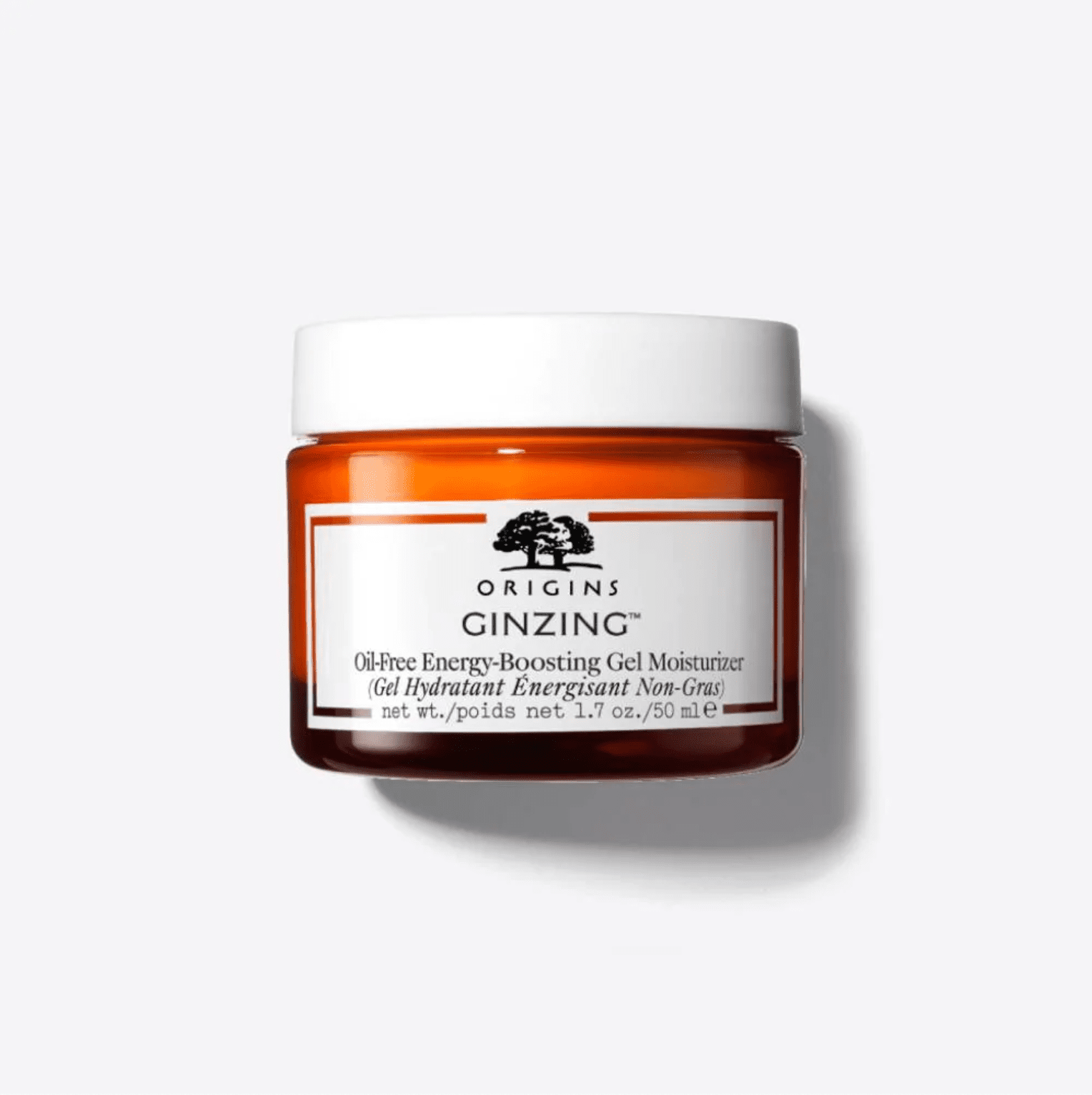 Not only does this contain the powerful combination of caffeine and ginseng to energize your skin, but it uses the brand's proprietary Hydra-Hug™ technology to keep your skin hydrated for 72 hours. Plus, it's perfect for people with oily or combination skin, as it's oil-free. 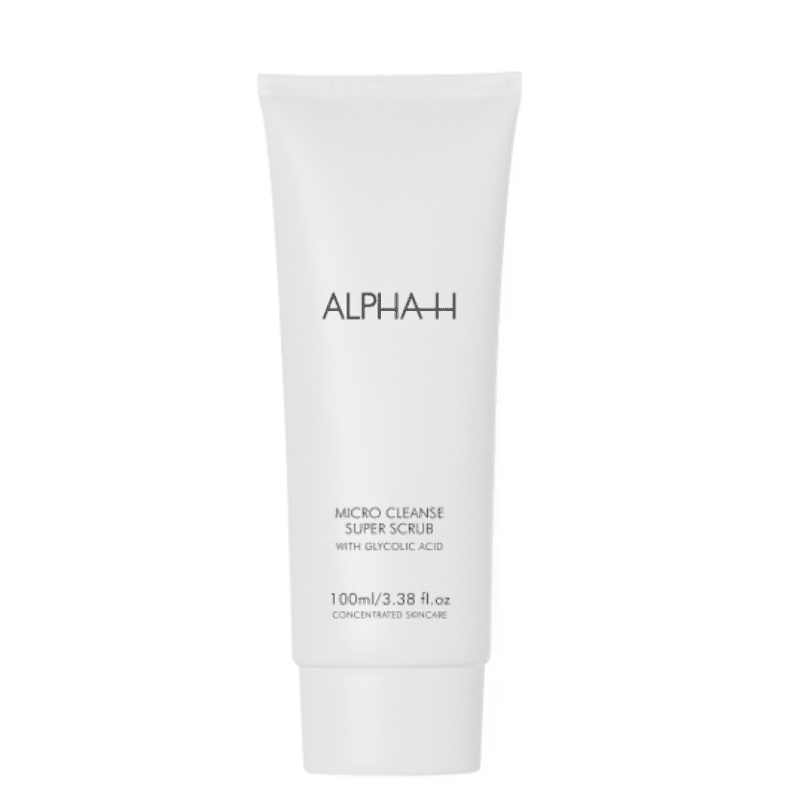 Exfoliating the skin can cause it to turn red and irritated, which is exactly why this one contains caffeine—to reduce any stress and inflammation. 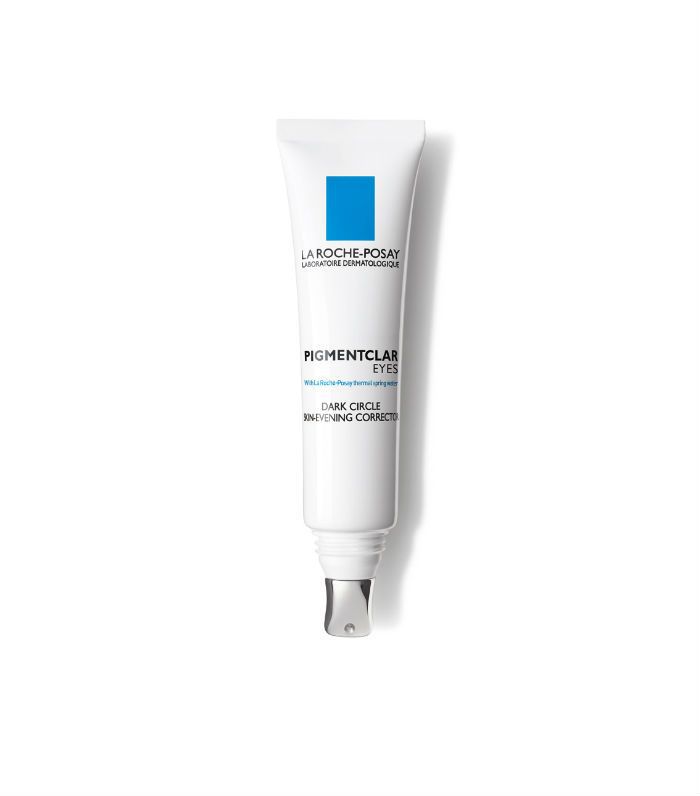 This is a truly brilliant eye cream. Here, caffeine has been married with LHA (lipo hydroxy acid), a very gentle exfoliant that helps reduce the appearance of dark circles alongside niacinamide, known for its anti-inflammatory properties. Throw the caffeine in too, and you've got all your eye concerns sorted. 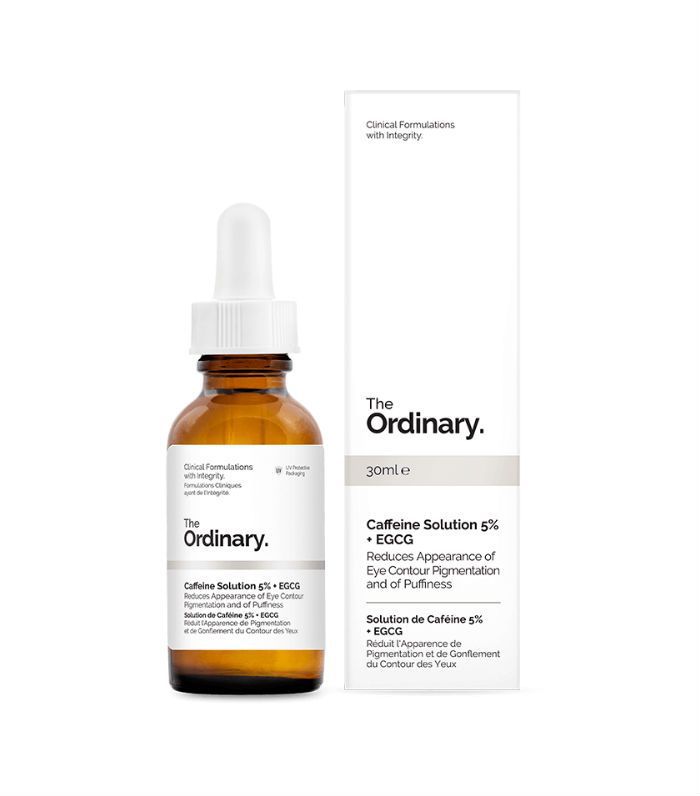 This solution (think of it as a more watery serum) can be applied all over the face, morning and night. The caffeine has been combined with EGCG, a powerful antioxidant from the leaves of green tea, so you're getting a double whammy of antioxidants here. 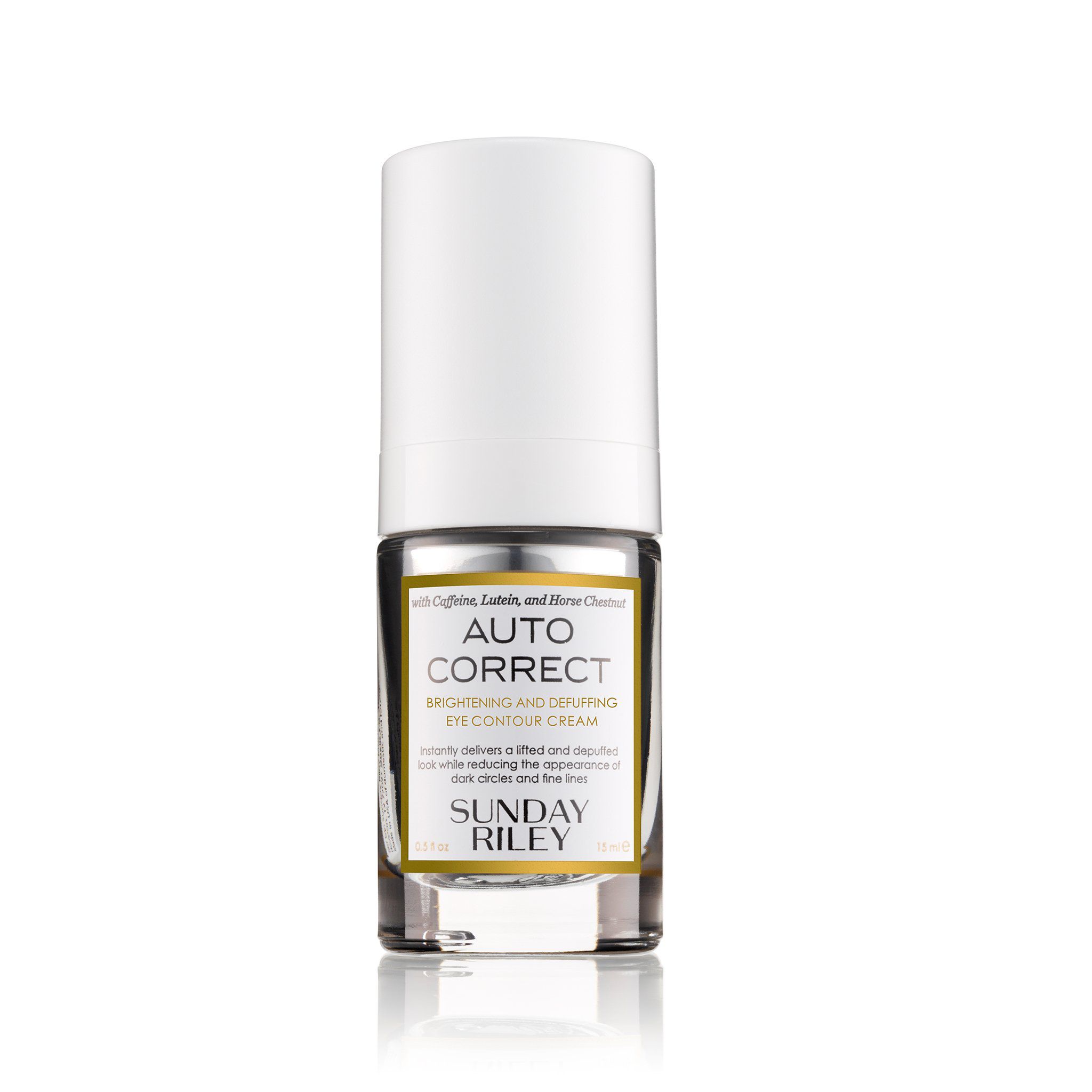 Not only is the pump-based packaging for this cream luxe (like, so luxe) but we're infatuated with the formula, which does help make us look like we've had at least some sleep. Caffeine and ginseng combine to give you a glow like you've been up for at least a few hours. 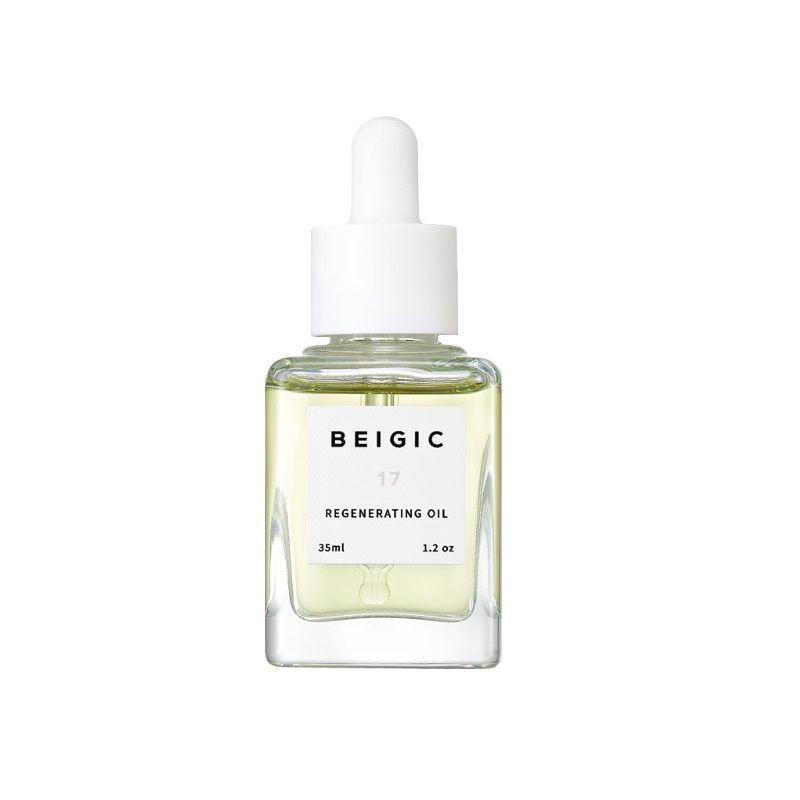 Beigic is just starting to grow their presence stateside, but that doesn't mean their products aren't beloved—this regenerating oil has already won awards with publications in their native Korea. Not only is this oil infused with green coffee bean extract to give you that brightening caffeinated kick, but a combination of familiar oils like argan, rosehip, and jojoba will keep your skin clear and dewy without irritation.

Up next: Everyone's booking in for this glow-giving treatment.