Try one of the most time-honored hairstyles. 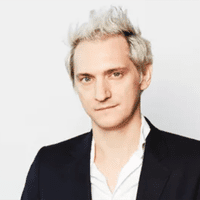 The Caesar haircut, named for Julius Caesar himself, can undoubtedly be called a timeless style, having been around since the first century. But despite its timelessness, the Caesar can also be quite trendy; many men opt to combine the classic look with modern elements from other fade styles.

Also known as a Roman haircut, the Caesar has evolved with the times and is a staple of barbershops and salons, so you shouldn’t have trouble finding someone who can give you a good one. It's also rumored that Caesar used this cut to minimize the look of his receding hairline, and the style is still used similarly by men today, so if you’re getting a bit thin up top but aren’t ready to let the world know it, the Caesar haircut may be an excellent option for you.

The Caesar haircut is a classic short cut with bangs. It starts with short hair on the sides, back, and top, and the hairstyle is then styled by brushing the top forward to accentuate the fringe.

If you’d like to try the look out for yourself but are unsure of which direction to go in with it, look no further. Ahead, we’ve rounded up 18 different ways you can style the classic Caesar haircut for modern times.

This close fade is high on the head, bringing the Caesar haircut front and center. The top of the hair is a classic shorter Caesar style.

Keep the sides tapered short between the hair and the beard to achieve this look's maximum effect.

Another modern take on the style, use a light wax to style and texture your haircut to have a slightly messy appearance.

This style is an excellent option for textured or naturally wavy hair. Make sure to use clippers on the hairline and cut with the grain.

Have your barber cut a few strands of hair longer than others for the classic fringed Caesar look.

Have the barber shape up the hair around your temples for a contemporary look that looks especially sharp on natural textures.

Keep the hair up top shorter and style it with some pomade while rocking a skin fade on the sides for another modern take on the classic.

Keep the top of your hair a classic Caesar length while using a short but not too short guide for the sides. A #2 guard will do nicely.

This Caesar haircut is an excellent option for those with thinning hair. Leave the fringe a bit longer in the front and opt for a higher, closer fade to help conceal balding spots.

For this variation, keep hair short on both the top and sides, but have your barber perfectly line up the forehead and sides for a clean look.

A good option for thicker hair, this Caesar haircut will give you more styling options as well. Be sure to keep the sides a bit longer for a more natural look.

If you love the Caesar look but want to still show off your natural curly texture, keep a lot of length throughout the top of the head and gradually taper down the sides. Add a bit of color for a more intense look.

This layered and messy Caesar haircut is a cool alternative to the traditionally clean-cut variations. A gradual taper down the sides gives this a more natural look.

For this variation on a Caesar haircut, use a bit more gel to hold the fringe up and give it some texture. Keep the sides short with a skin fade for contrast.

Zac Efron is one of the more notable celebrities as of late to wear a Caesar, and he can frequently be seen with his bangs swept to the side and a gentle taper down the sides.

Have your barber cut the top portion in different levels to achieve the layered look. This slightly bolder Caesar haircut will call for a skin fade on the sides to bring all the attention to the top.

To achieve this look, keep the hair on the top portion of the head a bit longer and use a wax or gel to style into a mohawk. Use a gradual fade on the sides for a clean look. This is a great style for an older man who wants to try the style out.

This Caesar style features an undercut that gives the bowl shape on top and is a great look for those with straight hair.