Amy Lawrenson
Amy Lawrenson was the Editorial Director for Byrdie UK and has worked as a freelance beauty and health journalist for over 13 years.
Byrdie's Editorial Guidelines
Reviewed by
Sky Kim

The buzz cut is no longer exclusive to the bold and daring among us. TBH, it's one of the most talked-about haircuts...and for good reason. It feels like every week another celebrity is stepping out with a shaved head. From Kristen Stewart's peroxide blonde rendition to KeKe Palmer's lilac buzz, move over pixie, buzz cuts are having a major moment.

It's the unlikely haircut that we are obsessing over, but what's it really like to have a buzz cut? To get the lowdown, we put that question (and a whole lot more) to model Cajsa Wessberg (pictured above). She's had a buzz cut for a while now and let us in on what made her do it, what it's really like (besides being cold!) and how people treat her now she has a shaved head.

Plus, keep scrolling for expert tips from Roi Nadin, head stylist at George Northwood, on who it suits best and how to prep your scalp for a shaved head (because flaky skin is a no-no). Lastly, check out our gallery of celebrity women who have stepped out over the years with a buzz cut.

The lowdown: What it's really like to have a buzz cut

Byrdie: How long have you had a buzz cut?

Cajsa Wessberg: Since June 2014. I think I'm gonna have a little birthday party on that day to celebrate how much my buzz has done for me.

B: So how does it make you feel having super-short hair?

CW: Really cold. But it also makes me feel free and a bit badass.

B: Had you planned for ages to shave your hair, or was it a spur of the moment decision?

CW: Both. I had planned to do it for a couple of weeks, but my plan was to wait until after a family holiday. But suddenly, with all my family gathered, I couldn't wait any longer. I just went out to the backyard and shaved it.

B: What are the benefits of having a buzz cut?

B: Did you feel you had to change your makeup or how you dressed when you had a buzz cut?

CW: Yes, a little. I think the makeup gets more visible without hair, so I think [I look] better with more natural makeup now. Before, I usually wore eyeliner and mascara, but now I think it's a bit sharp in contrast to my buzz.

B: Do people treat you differently?

CW: I think people assume I'm more tough than before and treat me with more respect. But sometimes people are quite rude, asking me if I have cancer or if I'm a boy or a girl.

B: Did you have long hair growing up?

Keep scrolling to find out whether a buzz cut will suit you, and the products you need.

Will a buzz cut suit me?

If we're being completely honest, it's hard to say. "You probably have no idea what shape your head is," rightly states Roi Nadin, head stylist at George Northwood. "You also have to take into account your hairline; if it is receding at the front or too low at the back, it's not going to look great."

What is key to understand is that hair is as transformative for the face as makeup. "A buzz cut takes away any shape from the face. You may not realize how much your hair adds definition and can soften your facial features," says Nadin. "If you have hard features, a buzz cut will make them even stronger. Soft features are best for a buzz cut; in fact, it can give soft features more definition."
"You also really have to consider your personal style. If you are very feminine, this is going to be hard to pull off and probably not appealing to you! All in all, if you want a dramatic short cut, a variation on the pixie or crop is an option for far more women."

What products should I use with a buzz cut?

"If you've taken all your hair off, then you may be missing out on playing with products," says Nadin. "Take advantage of the access to your scalp! The Christophe Robin Cleansing Purifying Scrub with Sea-Salt ($53) is amazing with that direct access to the scalp. Heaven!"

"For treatment to keep the scalp in tip-top condition, Phyto Phytopolleine Botanical Scalp Treatment ($40) has a well-deserved reputation," Nadin continues. "Whatever your scalp issue or even just to give it some TLC, this will balance it out." 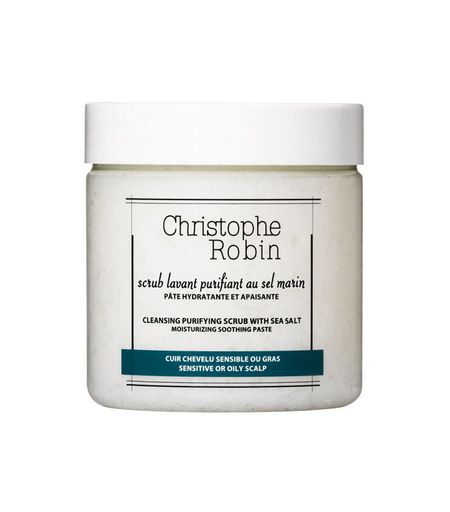 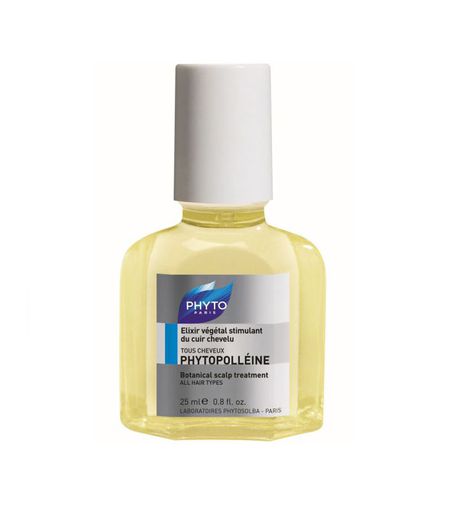 Keep scrolling for all the buzz cut inspiration you need from these celebrity women who gave it a go.

Model Aboah pairs a buzz cut with another tricky beauty trend—bleached brows, yet it totally works.

The actress stepped out at Cannes Film Festival in 2005 with her buzz cut.

Stewart's blonde buzz cut begs us to ask the obvious question: Why didn't she do this sooner? Because it looks that good.

Model Iris Dubois shows off a slightly grown-out version of the buzz cut.

Knowles pairs standout lashes and a striking yet pretty lip with her super-short hair.

Before Bell, there was Deyn and her buzz cut that took the fashion world by storm back in the noughties.

Nyong'o isn't afraid to experiment with her hair, we love this grown-out buzz cut on her.

Theron famously said of her buzz cut (for the film Mad Max) that it was the "most freeing thing." She went on to say, "I highly recommend it. I think every woman should do it."

Moore shaved her head for the movie G.I. Jane.

Amandla Stenberg isn't afraid to go there when it comes to hairstyles, but their decision to go buzzed is definitely one of our favorites to date.

Blanchett was snapped at LAX airport in 2000 with a buzz cut.

Let's be honest. Is there any haircut Delevingne can't pull off? We think not.

Next up, 45 short hairstyles that will persuade you into a salon.