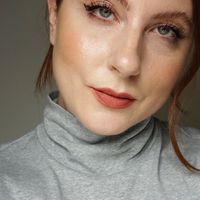 Reviewed by Ashley Rebecca
Ashley Rebecca is an NYC-based makeup artist and a regular contributor for Byrdie covering makeup, skincare, and haircare.
About Byrdie's Beauty & Wellness Board
Contributor

What Is a Brazilian Butt Lift? Benefits How to Prepare What to Expect
Potential Side Effects The Cost Aftercare

Partly due to the Kardashians’ prominent ass-ets and partly because of the rise of the “belfie” (butt selfie, for those not in the know), the Brazilian butt lift has surged in popularity as of late. But what is this treatment, exactly?

The Brazilian butt lift is a surgical procedure that involves taking fat from one area of the body and depositing it into the buttocks. Whether that sounds like a dream or a nightmare, this procedure is getting a ton of buzz.

Board-certified plastic surgeon Matthew Schulman is one of the country's most in-demand surgeons for butt lifts; he has even trademarked his version of the Brazilian butt lift, calling it the Scoop Lift. (TBH, we thought “butt job” had a nice ring.)

We chatted with Schulman to learn all about the Brazilian butt lift: what it is, what it costs, why people want it, and what to expect from it.

Keep scrolling to learn everything you need to know about Brazilian butt lifts.

What Is a Brazilian Butt Lift?

What is a Brazilian butt lift?

The Brazilian butt lift is a two-part procedure completed during a single operation. The first step involves “harvesting” (or collecting) fat through liposuction; the second step involves injecting the fat into the buttocks and hips.

“Basically, I remove fat from the areas the patient doesn't want it,” Schulman says. “I can remove fat from any part of the body, but I specifically like taking it from the lower back and flank area.” The key is taking “good” fat that is stable, he says.

Then comes the fun part: injecting the fat. “Removing fat from the back and flank area already contours and makes your body look better, but adding it to the butt and hips completes the transformation of the lower body,” he explains.

So if you’ve ever dreamed that you could shift some of your weight around your body and put your extra fat fat in your butt, your prayers have been answered.

Benefits of a Brazilian Butt Lift

We couldn’t let Schulman go without asking one of our most pressing questions: Does this procedure help with cellulite? Say, for example, we wanted to lipo fat from our thighs—would that decrease the appearance of cellulite there?

According to Schulman, yes. “By removing fat from areas of the body, cellulite appearance often goes down,” he says. “Also with careful placement into specific parts of the buttocks, this fat will appear smooth, rounding out and plumping up the butt.”

How to Prepare for a Brazilian Butt Lift

Avoid smoking at least four weeks before a Brazilian butt lift, as this can affect how your body heals post-procedure. Two weeks before your procedure, avoid aspirin, ibuprofen, fish oil, ginseng, garlic pills, and ginger, as these can also prolong healing.

You shouldn't have anything to eat or drink the night before your appointment, nor should you apply any perfumes or lotions.

What to Expect During a Brazilian Butt Lift

For the actual operation, Schulman explains that patients are put under anesthesia. You can expect to be swollen and sore for a few weeks afterward, although recovery time varies by patient and how much liposuction has occurred.

During the two- to four-hour procedure, fat is removed from parts of the body the patient wants to minimize using a needle. (In addition to the back and flanks, fat can also be taken from the arms, thighs or tummy.) The fat is injected into small puncture holes in the buttock and hip areas; injection placement will depend on the look you're trying to achieve, and what your surgeon determines will be most flattering to your figure. The resulting scars will, theoretically, be covered by clothes.

“Patients will begin to see the results of their new body when the swelling goes down, which takes a few weeks,” he says. “Patients can return to work in one to two weeks and can resume with all normal activity in about three weeks.” Full results of the procedure can be seen after about three months.

This might sound like a dream procedure for some people, but it’s important to remember that, like all liposuction procedures, there can be complications. In his own experience, Schulman says issues are rare but can include a bad reaction to anesthesia or lumpiness in the skin if you don’t choose the right person to do the job.

“Your skin can appear lumpy after liposuction due to uneven fat removal, which is why it’s so important to always go to a professional who has extensive experience in fat transfer procedures,” he warns.

This all sounds great, if a bit graphic, but how much does a procedure like this cost? Well, it’s not cheap: Schulman says the cost starts at about $10,000. Yikes.

Then again, this is about the cost of most liposuction surgeries—the difference being that most traditional liposuction is used as a solution for health issues linked to obesity, while anyone can do the Scoop Lift.

“Even people who are thin without much fat can have it done,” Schulman tells us. “As a doctor, I know all of the spots where fat is stored in the body. Some people are too thin to get it done but I don’t run into this problem often.”

Aside from the serious health complications that can occur, keep in mind that you'll have to avoid sitting or laying on your backside for a few weeks as part of the aftercare from this procedure. Also, you'll need to wear a compression garment (plus, potentially, a drain) for up to a week.

As for how long results last, Schulman promises that—like diamonds—they last forever. Unlike fillers or implants that can harden or lead to infection, the fat used in this procedure is part of your own body, making it safe, natural, and long-lasting, according to Schulman.

According to Schulman, about 70 percent of the transplanted fat will stick around if the surgeon uses proper technique. Even if you gain and lose a bit of weight, your augmented butt should remain gloriously full.

This procedure sounds awesome, unbelievable, and so 21st century. But we can’t help but wonder if the big-butt phase is just that—a phase. And at the end of the day, when our fascination with the Kardashian clan has faded, what will we think of the time we decided to transplant fat from our stomach and thighs to our butts? Then again, will there ever be a day?

All Your Questions About Tummy Tucks, Answered