Is there ever going to be a time when we’re not obsessing over something going on with our skin? If it’s not spots, it’s dryness, if it’s not dryness, it’s greasiness… or fine lines… or those odd brown patches that seem to become more obvious every time another birthday passes.

Of course, not all brown patches mean the same thing. Freckles count as a brown patch, but for the most part, they’re considered cute. Baby birthmarks that are a result of our genetic makeup as opposed to anything more serious that’s been caused by sun damage. They often fade in winter and reappear in summer. Granted you might not love them as much as your parents who tease you about your angel kisses or cookie crumbs, but when they start trending and we’re producing guides on how to fake freckles, you can at least appreciate their beauty.

But it’s not only freckles that we want to address. Anywhere where the colour of your skin has changed and begun to appear darker is considered pigmentation, and that deserves a bigger breakdown. We asked dermatologist and medical director of Eudelo Stefanie Williams to give us the nitty-gritty on what’s behind every type of brown patch on your skin.

Aka sun spots or liver spots. “Medically called solar lentigo, these are pigmentations caused by both genetic predisposition and sun exposure, hence their nickname,” she says. “They often appear on the back of the hands and face but never on sun-protected areas like the buttocks!” That’s why they might only just be starting to appear if you’re a child of the 80s who was brought up on SPF8 and 10. Luckily, while they’re a backlash from UV overload, they don’t have the ability to turn cancerous, says Williams. It just means you might have to switch up your foundation to create a more even base.

These are those larger patches of pigmentation that again, don’t appear until later on in life. Probably age 30 upwards, if my skin is anything to go by. Also known as chloasma, they can appear in confetti-esque formations or mask-like patches on the cheeks, temples, forehead or above the upper lip. The latter is where mine started. Rather than sunshine, it’s hormones that are responsible for these. Often a side effect of the contraceptive pill or pregnancy, if you’ve ever heard of the dreaded “pregnancy mask” this is it. According to the experts, it’s more common in people who tan easily or have olive complexions (freckles, on the other hand, are more aligned with pale, fair skin tones).

You know what’s even crappier than a stubborn spot—when it scars you as a constant reminder of the trauma. It can also happen after an eczema flare-up. It happens because the inflammation leaves your skin more susceptible to pigmentation, and again, it’s more common in darker skin tones.

The brown patches that need the most monitoring. While some moles are completely healthy and will be on your body from birth in all shapes and sizes, they do have the potential to become cancerous. That’s why you need to be diligent in assessing them. If they’ve changed in shape, size or colour, you need to get to the GP. Stefanie advises using the ABC rule as a checklist…

Asymmetry: Do the two halves differ in shape?

Border: Are the edges blurred or ragged-looking?

Colour: Is it uneven or does it have different shades of black, brown and pink?

Diameter: It is more than 5mm in diameter (the same size as the end of a pencil)?

Evolution: Has your mole become raised or itchy or started to bleed?

Answer yes to any of the above and it’s a signal you should book in to see a dermatologist or your GP. Even if it’s just for peace of mind.

Can You Get Rid of Brown Patches on Skin?

Obviously, mole removal is an invasive treatment, but for sun spots and irregular pigmentation, there’s a sliding scale of how aggressive your action plan needs to be. Mervyn Patterson, a medical director at Woodford Medical, says that IPL photorejuvenation and laser treatments are especially effective and uses a Fotofacial Intense Pulsed Light that can be used across the face, neck, chest and hands to treat scattered uneven pigmentation. Skin peels and microneedling are other go-tos to get deep into the skin and break up and diminish the melanin production.

There are also the more preventative methods if time and money are on your mind and topical products can protect from further patches as well as treat existing ones. That said, Justine Hextall, MBBS, FRCP, consultant dermatologist for the Harley Medical Group, would still advise getting a professional opinion first to decipher the severity of your dark spots and what would work best.

Talk to Me About Topicals

If you’ve learnt anything by now, it’s that the sun is the enemy, so as well as keeping UV exposure to a minimum, a high factor broad-spectrum sun cream should be worn at all times. Hextall recommends choosing one with a physical block such as zinc oxide, which has less risk of irritating the skin compared to chemical sunscreens.

Hydroquinone and retinol creams have always been the traditional prescription-based pigmentation fighters used to lighten and fade (Kligman’s Cream is just one), but there are now alternatives that come without the potential skin-irritating side effects. “I advise a combination of Epionce Nourishing Cream and Pigment Perfecting Serum, as the products have been proven in clinical trials to be safer than the aforementioned agents,” says Patterson. “They dampen chronic inflammation pathways and calm all steps in the melanin production process, plus they’re safe for daily use.”

Our good friend, vitamin C, is also going to be a worthy addition to your skincare routine if you want to tone down those patches. As well as brightening and boosting cell regeneration, it helps to block one of the enzymes that play a part in triggering melanin, says Hextall. Its antioxidant properties will also keep your skin protected from the free radical damage from UV and pollution that could cause pigmentation to strike. From now on, I’ll be turning to the below to try to rid my lip line of those dreaded brown blotches. Just be warned, as these potent pigmentation fighters won’t leave you much change from £100. 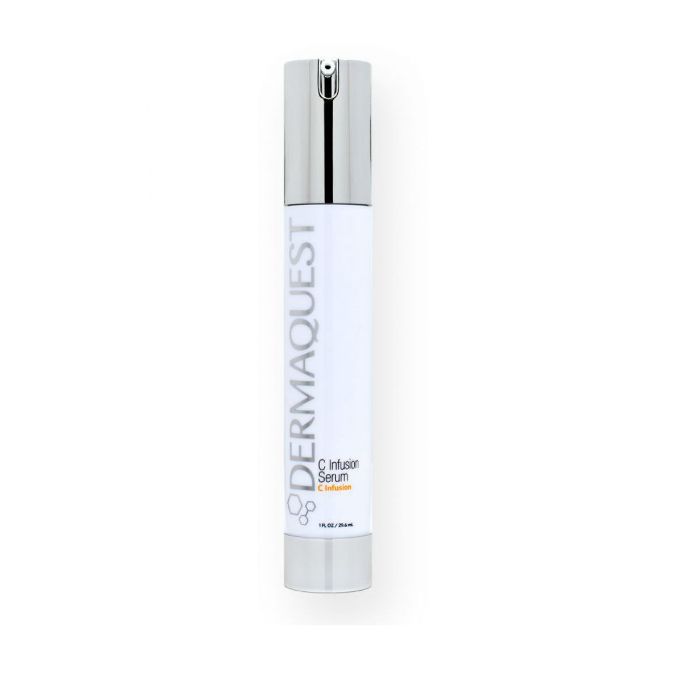 As well as vitamin C, this does contain retinol, but not enough to stop you wearing it during the day (as long as you apply your SPF afterwards). 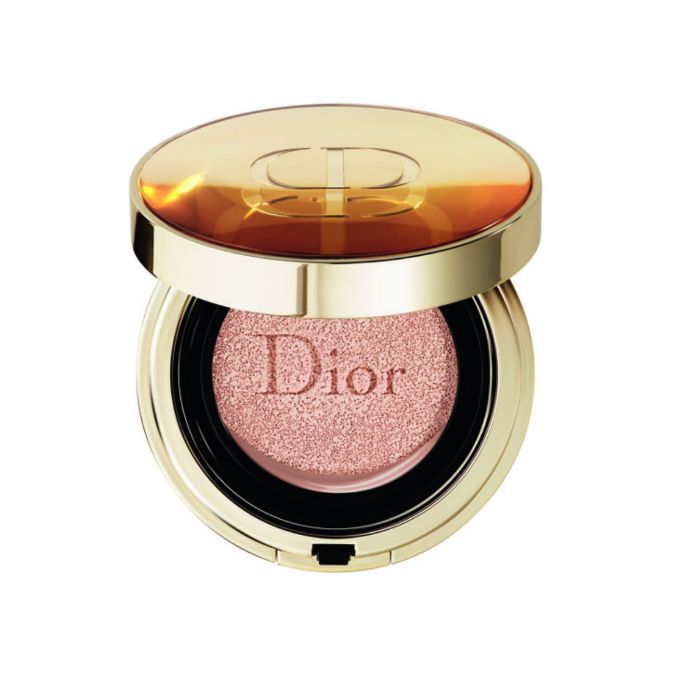 Rose is a well-known skin brightener, so Dior has added heaps of the potent petals to its latest cushion foundation. It’s a dream for evening-out patchiness and the SPF50 is invaluable too. 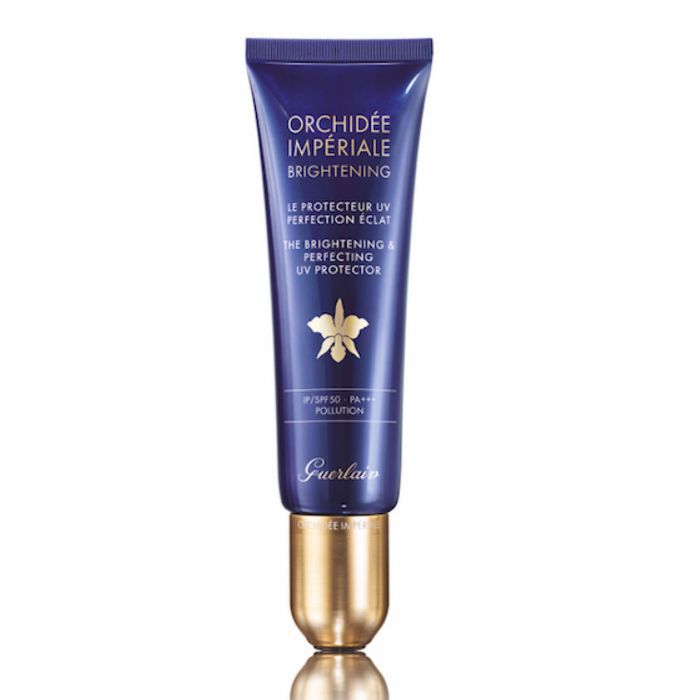 Protecting from UV, pollution and blue light that can all cause shadows on the skin, it’s the orchid extract in this that’s been tested and shown to regulate melanin and override pigment production. 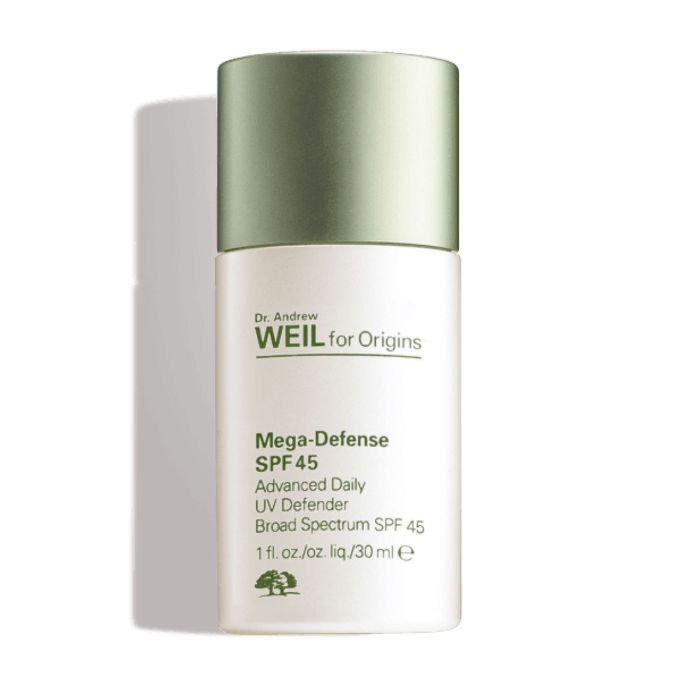 This uses a combination of zinc oxide and titanium to shield skin from UVA and UVB. Chemical- and oil-free, it’s the perfect primer, as makeup adheres to it rather nicely. 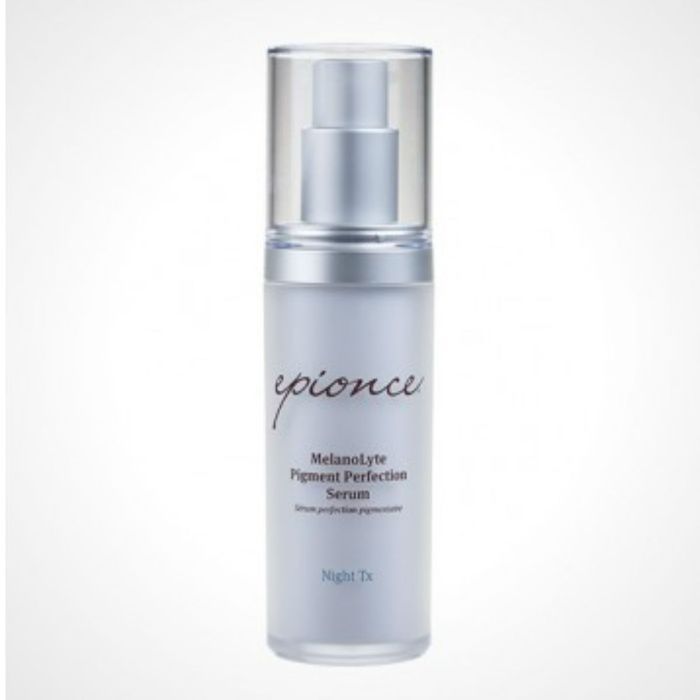 An investment for sure, but the price point reflects the efficacy this had in clinicals on pigmentation—and all without a whiff of hydroquinone.