Brie Larson on Self-Confidence, Nourishment, and Becoming Her Own Glam Team 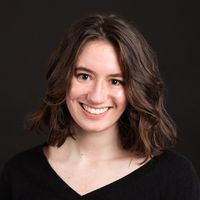 Kathryn has been with Dotdash Meredith since 2017, working across brands in SEO & Growth. Currently, she's Editorial & Strategy Director for Byrdie and Brides.

I saw Captain Marvel in theaters, and immediately after, bought my first utility jumpsuit. A few days later, my friend cut her hair to look exactly like Brie Larson’s lob in the movie. Even outside the character’s 52-year history, it was obvious we were watching someone powerful, comfortable, and iconic.

When I sat down with Brie Larson over Zoom earlier this week to discuss her new role as Decorté’s brand muse, I learned about how playing a superhero helped her find that power within herself, too. “When I started building muscle, learning that I could push a Jeep, learning that I could deadlift 200 pounds, I started to unlock,” she explained. “It was almost like I created more space in my brain, to recognize these things I thought I couldn’t do, these limitations I’d put on myself—they weren’t true.”

Then, after the film was released, she had to learn to be confident and comfortable on the press tour. Though she’s acted for over twenty years, winning an Oscar and advocating for gender equality in Hollywood, the Marvel franchise was a new kind of fame. In the past, she used to worry she wasn’t “worthy” of the gowns and glamour—she’d even break out in hives on her way to the red carpet. Luckily, as she stepped into the spotlight, her beauty team coached her through the process.

“[My team] has been such a huge part of learning that putting makeup on, doing my hair, and wearing a gown can make you feel great—and you can feel equally as good not wearing makeup,” she told me. “The fact that I can enjoy both now has meant my life has grown.”

During the pandemic, she’s had to learn to take on these beauty challenges herself. When she launched her YouTube channel from her home in June, she became her own makeup artist, experimenting with the products and techniques that make her feel confident. Brie reaches for her Decorté lip oils daily, and prefers the tinted ones when she’s filming for YouTube. They have a glossy look, but they’re also nourishing enough to be used as an overnight treatment. She also uses The Rouge Velvet Lipstick in Ginger Shimmer almost every day, citing its creamy texture (Byrdie HQ agrees—it reminds us of Charlotte Tilbury’s Matte Revolution, but a little more sheer).

Larson has loved Decorté products for about a year, so it was an easy decision to collaborate as their brand muse. Lately, she uses her skincare routine for solace and self-care. “It’s something I can control,” she said, “that feels really kind and nourishing to myself.”

Every day when it gets dark, she takes the time to slow down. Burning Frankincense helps her relax, and its antimicrobial properties help filter the air in her house. She’ll use Decorté’s cleanser, then put some of their moisturizer in her hands and inhale for a few seconds before she applies it to her face, just to appreciate the scent. “If there’s other people out there who want something easy to incorporate into their daily routine,” she said, cupping her hands to her face to show me, “take moisturizer, throw it on your hands, and breathe it in.”

[My team] has been such a huge part of learning that putting makeup on, doing my hair, and wearing a gown can make you feel great—and you can feel equally as good not wearing makeup.

Larson claims “all the normal things” help her feel good—eating right, drinking enough water, exercise, and therapy. Through her YouTube channel, we get to see her be “normal” in videos of workouts, ways to calm down, even discussions of her audition failures. She embodies superhero confidence onscreen as well as in her activist work, but that doesn’t mean she holds herself to superhuman standards. In her first fitness video, posted in June, she admitted that it was her first time working out in months.

Zoom Date: Jessica Barden on Boxing, Growing Up, and Her Super-Gentle Skincare Routine