The New Normal I Lived It: Ending My Longterm Relationship During a Global Pandemic The Debut Issue

I Lived It: Ending My Longterm Relationship During a Global Pandemic

Moving out and moving on. 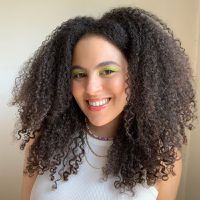 Quarantine couldn’t have come at a worse time in my personal life. My relationship was already rocky, and I was at the point where I really needed space from my partner of three-and-a-half years. But after three days of solid avoidance, we were sent to work from the home we shared at the beginning of March.

This was the home we had both aspired to and worked so hard to find—at times, it was still hard to believe it was finally ours. In a different phase of our relationship we would have been excited to spend more time in it. But with the pandemic looming and our problems on the forefront, it turns out even our dream apartment couldn’t fix our problems.

As the words “quarantine,” “pandemic,” and “self-isolation” became part of our everyday vocabulary, our relationship was far from back to normal. But the stakes were so different than they ever had been. We were scared, things were changing nearly everyday, and we needed to rely on each other more than ever.

What's worse is I regrettably kept my concerns all to myself. All around me I saw isolation making relationships stronger. People were getting married over Zoom and baking together. Meanwhile, I spent every night in the guest bedroom wondering what I really wanted, and if the relationship I was in was un-fixable. The limbo we were all facing in life was directly mirroring the limbo in my house. And as time went on, it felt less and less like my home and more like a place where I was just... existing.

June arrived, marking three full months in quarantine, and we finally had enough of walking on eggshells. We agreed it was time to split. Though it was the final step, it really felt like the first. I went to bed that night in disbelief. After three-and-a-half years it was hard to reckon with the fact that it was finally over, and worse that I had to go at it alone during a pandemic.

I threw myself into my search for a new home immediately and fell asleep with the Craigstlist app open nearly every night. All the while, I had this intense, building fear of being alone—because that’s what I was worried about all along, wasn’t it? I had never faced so much uncertainty in my life and really had no idea how to handle it.

I became hyper-aware of everything, from work, to my apartment, to myself. I over-analyzed every detail. It felt like if I let one thing slip, I would totally fall apart. I know now this was me reacting to extreme stress, but at the time I thought it was breaking away from codependency.

Skepticism was my best friend. Which, when looking for a place in Brooklyn, is helpful. But even when I found my perfect apartment, I couldn’t help but question everything. I would break down crying because I felt I could no longer trust anyone. Going from leaning on someone for everything to making all my decisions solo felt like the rug was pulled out from underneath me. I retreated further into myself, which made things even worse. It was my way of rationalizing my new life but also punishing myself for getting into this situation at all. While I had friends to rely on, I was also equally set on not relying on anyone. I wanted to do this alone and I wanted to do it so smoothly I would never second guess myself again.

Finding a new place wrecked me with nervousness. I was so scared—not only to be living by myself, but also to move during the scariest time I’ve ever lived through. But when I finally found an apartment in a neighborhood I’d spend very little time in, I did the scariest thing yet: I signed a lease.

Even though this meant I could finally quiet that section of my worried brain, somehow my anxieties heightened. I was no longer sure of anything, the one constant in my life over the past three-and-a-half years was gone, and now I had to be skeptical about everything that was left.

I started packing up my life, and we began the dividing of the things. I know people talk about this as being the worst part of a break up—and, surprise, I can corroborate that theory. It was like physically ripping apart the life that we had built together.

But when the tearful move was all over, and the minute all of my things were in my new apartment, I swear my mind went quiet. It was 1 p.m. and there was nothing left to do. Nothing left to worry or stress over except for to just live through it. And this hit me—hard.

To be honest, it still hits me almost everyday and my emotions are still all over the place. I ride the waves of deep sadness and the road to healing, so far, has been marked with a ton of growing pains. But the one thing that has been my solace and joy throughout is the task of making my home into my sanctuary. It's something I am extremely grateful for even in my darkest moments. Although, in theory, this is an exciting responsibility, there are so many choices out there that it’s hard to feel confident about making the right one. There’s that skepticism again. Below, find some of the things that have helped, not only in my new solo-living space and socially distant life, but also in the in-between moments of fear, sadness, and confusion.

The very first thing I did when I moved in was create a safe and comfy place to rest every night. It is really my top top priority. PeachSkinSheets are smooth and cozy without being too hot. Then a duvet. It’s made for summer and winter, so it never gets too hot or too cold.

Then, a couch. It occurred to me many couches actually require some level of assembly and because of the current climate, I knew I would have to put it together all alone. When I learned about Sleepenvie's Sofi 105, my interest was piqued—it's a couch that can be assembled without any tools whatsoever. Putting it together took an hour and I finally have a comfy place to rest (and, to be honest, work).

Ok, let's talk about bills. A not-so glamorous part about living alone is paying all your bills alone— no splitting baby! That means working from home all summer has strong potential to rack up the electric bill. In lieu of leaving my air conditioner on all day, I opted for this sleek Dyson fan to circulate and purify my apartment, and myself and my wallet are much better for it.

In the end, making my apartment into what I want it to be is my new favorite labor of love. Every time I add something, it gives back to me. Although my apartment is still very much a work in progress (I’m not that much of a minimalist), so is my healing journey—and I’m taking the long road to the finish line. And while colder months, and possibly even less public outings are on the horizon, I look forward to healing in my safe space and finally taking a breath.

What Will Beauty Look Like in a Post-Pandemic World?