These 10 Brands Made the Biggest Impact in 2021 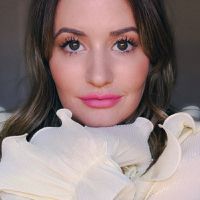 It’s the time of year to reflect on what the beauty community has done over the past 12 months. A report card of sorts. There was a lot of fear-mongering, an excess of sunscreen drama, and a gaggle of new celebrity beauty brands. How we consume and dispose of products changed for the better (we hope), the reviews we put full stock in went from 20 minutes long to 120 seconds, and plenty of retailers joined forces to make sure every square inch of retail space had a boutique beauty destination. (Hello Sephora at Kohl’s, Ulta Beauty at Target and J.C. Penney x Thirteen Lune.)

So who and what made the biggest impact in 2021? This group features beauty trailblazers, from the app that sold out countless products faster than a Cyber Monday sale to the first South Asian-founded brand to be featured at a major retailer. Each of the following brands have been consistent in their message and making beauty exciting again. These brands catered to specific groups who felt unheard, to consumers who wanted to make a bigger impact, and to people who just want to feel good during their daily routine. Let’s dive in.

While many brands popping up in 2021 kept focus on makeup for melanin-rich skin, skincare brand Eadem wanted to change the conversation around skincare for melanated skin. Eadem touts products that are clinically-tested, manufactured in the U.S. and are made with their "smart Melanin Beauty," in which women of color chemists make the products and women of color dermatologists vet them. Tackling tokenism and biases against dark and deep skin tones within the skincare industry, the brand’s first mission was to combat a common issue for those skintones: hyperpigmentation. Dark spots on deeper skin tones tend to be the most persistent, appear very visible, and most dark spot products on the market include some sort of bleaching or lightening ingredient. The Milk Marvel Dark Spot Serum—their only launch to date—was made specifically to enhance and embrace melanated skin while erasing said pigmentation. Eadem received grants from brands like Glossier and Johnson & Johnson Innovation and is now available at Sephora.

When former journalist David Yi announced the launch of his brand, Good Light, everyone knew it would push the idea of what beauty means. His website, Very Good Light, launched in 2016 as an outlet that doesn’t just promote but abides by the theory that beauty has no gender, erasing the divide between hypermasculine and hyperfeminine in the category. "Beauty beyond the binary" is the ethos of Good Light as a brand, creating products that aren’t only gentle to sensitive skin, but blur the lines of gendered beauty, celebrating the idea of inclusivity for all. Shortly after launching, Good Light received an investment from SuperOrdinary to support a China launch, further securing the brand’s rapid expansion.

Dubbed the "Glossier for Melanin-Rich Skin," Ami Colé launched this year to much fanfare. That's due to its Senegalese-American founder, Diarrha N'Diaye-Mbaye—a powerhouse in the industry with brands like L’Oreal, Temptu, and the aforementioned millennial-pink brand on her resume. N’Diaye-Mbaye pulled back the curtain on what it’s like launching a brand from ground zero via Ami Colé’s Instagram account, expertly executing her knowledge of social engagement. Ami Colé focuses on "rich deep excellence" according to their tagline, but the brand caters to every skin tone and sets intentional launches, initially debuting with three products—the Light-Catching Highlighter, Skin-Enhancing Tint and Lip Treatment Oil are all award-winning—and later adding the Lash-Amplifying Mascara. (A personal favorite of this writer.) In addition to showcasing the brilliance behind melanin-rich skin, Ami Colé sought to bring joy to consumers from the bright orange packaging to the accent over the "é" depicting a smile.

Founders Madhavi Gavini and Rathi Srinivas, two MIT scientists, weren’t anticipating getting into the skincare category when they initially created Droplette. In fact, they were looking to solve a problem involving a serious medical condition, Epidermolysis Bullosa, often found in pediatrics. They needed a way to administer medication in a way that wasn’t painful. The Droplette delivery technique—a fine mist that's pushed into the skin at an accelerated rate—was discovered. After seeing the benefits with medication delivery, it was suggested skincare could be the next frontier for the system. Droplette works by delivering molecules that are 10,000x larger than what could traditionally be absorbed by your skin topically, with the micro-mist capsules featuring ingredients like collagen and retinol going deeper than your normal skincare products can. This innovation caught the eye of NASA, making it the first beauty brand to receive a grant from the organization. Could Droplette be the Nespresso of skincare? And could brands start collaborating to sell their own capsules? That’s all to be determined, but we do know Droplette is onto something great. Now excuse us while we mist.

With the topic of sustainability becoming more of a priority for consumers instead of an afterthought, we’d be remiss to omit a product that literally disappears after use. Plus shakes up the shower game by creating single-use body wash squares that you simply add water to. Packaged in a dissolvable sachet made of wood pulp, it melts in your hands or on your shower floor—whichever you prefer. The ink on the package is bio-renewable and FDA approved. Both the protective pouch and mailer Plus comes in are compostable.

From the brains behind Starface, Julie Schott and Brian Bordainick, alongside co-founder and CEO Cathryn Woodruff, Plus puts sustainability at the forefront of their mission, but don’t count them out in fragrance or user experience. The body wash square remains thick enough in the palm so it doesn’t run through your fingers, the scents rival Tom Ford fragrances, and it leaves your skin feeling soft and moisturized. As a relatively new company, we look forward to seeing how Plus grows and revolutionizes personal care in the future.

If you’re an involved beauty connoisseur, it’s hard not to know Sharon Chuter's name. She's made big changes in the community, from creating the Pull Up for Change initiative to launching her second beauty business: a budget-friendly beauty brand. UOMA by Sharon C. is everything you love about the original UOMA beauty, except everything is under $25 and includes skincare staples as well. Not to mention it disrupted the "clean" beauty space, which Chuter described as the least inclusive category. The products focus on "nature-sourced" ingredients with recyclable packaging at an affordable price point. Chuter told a group of editors on the brand launch Zoom she wanted everyone to have access to great products, which is why she partnered with a huge chain like Walmart. The $8 mascara quickly became one of the best launches of the year, Chuter teamed up with makeup artist Sir John in August for a blockbuster beauty runway show, and the brand was made available in over 3300+ Walmart stores.

With nostalgia becoming a form of self-care, a welcome surprise launch for 2021 was Vacation Inc., a suncare brand that capitalizes on the ‘80s aesthetic, sensory experience and promises "leisure enhancing sunscreen." Prior to launch, customers could sign up to receive an assigned job at the company—like Head of Hawaiian Shirt Front Pocket Innovation—and listen to sweet summer jams courtesy of Poolsuite FM, the company’s music player (and where Vacation Inc. was derived from). Come launch, you were entered to win a variety of radical fare, from a Tiki Boat Charter to a fondue set. Packaging goes a long way to create a vibe for customers, but the products speak for themselves: the Original Lotion smells like an elevated designer version of your favorite tropical cocktail, the eau de toilette transports you to a destination you’ve daydreamed of visiting while sitting on endless Zoom calls, and the Chardonnay Oil is lightweight, leaving you glistening like you’re the August centerfold. The brand has big dreams for the future—like lower price points and retail expansion, but one thing you can currently count on is to be surprised, delighted and actually enjoy applying sunscreen.

When Deepica Mutyala went viral in 2015 for covering her dark undereye circles with a red lipstick, she turned her popularity into a community. Live Tinted launched in 2018 as a digital platform focused on diverse and inclusive beauty and in 2019 Live Tinted launched as a brand with their debut product. Huestick is a multi-functional cosmetic crayon that conceals hyperpigmentation and can be used as a blush, lipstick and eyeshadow. The power of the community has helped launch a full line from the brand, from varying shades of Huesticks to eye masks, highlighter and more. This year alone, the brand debuted several products including Hueguard Mineral SPF 30, in addition to raised $3M in seed funding, launched a partnership with Meena Harris’s Phenomenal for Diwali, and became the first South Asian-owned brand to debut in Ulta Beauty. Cheers to that!

Tower 28’s hero product, the S.O.S. Spray—a spritz developed with hypochlorous acid—became a staple of mascne sufferers due to how well it helps calm and soothe angry, irritated skin. Created by founder Amy Liu on the ethos that "It’s okay to be sensitive," everything the brand develops and launches is approved by the National Eczema Association. With so much drama surrounding sunscreens this year, the launch of the brand’s Sunny Days SPF 30 was a welcome suncare respite. Part coverage product, part sun protection, Sunny Days is a physical sunscreen that comes in 14 shades—a far cry from the 3 shades typically offered by suncare brands—is gentle enough for even the most sensitive of skin, and delivers a natural (not dewy or greasy) finish. The launch caused a frenzy on social media, inciting a 2500 person waitlist.

Hear me out. It’s not a beauty brand in the literal sense, but there’s no denying TikTok’s impact on the beauty industry. Especially this year! From Gen-Z sporting traditional wired headphones to songs featured in Burger King and Applebee's commercials, TikTok is influencing on a grand scale — perhaps more so than Facebook did during the election. (We don’t want to talk about it either.) For beauty lovers, the app was an easy way to be served a review you didn’t know you needed, but would eventually fall in love with.

Case study: KVD Beauty went through a rough transition the past few years, determined to separate itself from its former controversial founder and find its footing with not one but two rebrands. With the launch of the Good Apple Skin-Perfecting Foundation Balm, user after user showcased just how spectacular the coverage and shade match was, sending viewers in a fury to see if it really worked as well as TikTok claimed. KVD Beauty confirmed the foundation sold out at launch, is now the brand’s best-selling foundation, and there is one Good Apple sold per minute worldwide.

Peter Thomas Ross launched in 1993 with a variety of staples people continue to use -- it’s widely considered an OG brand, yet PTR stumbled upon an unexpected hit when 54-year-old TikToker Trinidad1967 showed just how quickly the Instant FirmX Eye Tightener worked in a 3 minute video. The product was impossible to get after the initial surge, and as a thanks for her impact, PTR paid her handsomely for her influence. She purchased a new car and became debt-free with her compensation.

Brands like NYX Professional Makeup, Revlon, Tom Ford Beauty, e.l.f. Cosmetics and many more made a splash on TikTok this year with singular products taking over the timeline. And not every viral product was a new launch: CeraVe, Eucerin and Maybelline all had tried-and-true staples become massive hits.

14 Beauty Lessons We Learned from Celebs This Year