How I wish I could be a signature scent person. Each time I've purchased a fragrance, I've been convinced that this will be The One, my calling card, my personal scent, only to use half of it before discovering a new "the One." Much like a signature style, I can't seem to commit especially when constantly unlocking new fascinations or personalities—different versions of myself, in other words. How can you commit to one style, one type of fragrance, when you're not just one type of person? Fortunately, there are people who understand. Boy Smells' debut collection of personal fragrance, out today, is designed to mix, match, blend, and bend. They're the solution to your basic fragrance woes: long-lasting, strong-smelling, and stacked with unexpected fragrance equations that instantly turn you into the most interesting, complex person in the room. But what did we expect from a company with such an emphasis on expression?

You're might already be familiar with the Boy Smells brand which includes candles formulated with interesting fragrance combinations and topped with cheeky or evocative names like Kush and Cedar Stack. They've even forayed into the celebrity world with a song-themed collaboration with space cowgirl Kacey Musgraves, But just as the candles push boundaries with their one-of-a-kind scent stories (I have an LES burning as we speak), this new Cologne de Parfum collection from the queer-owned brand is probably unlike anything you already have in your collection. As co-founder Matthew Herman explains, the five scents in the collection aren't genderless but genderful. "Simultaneously honing the masculine and feminine power with us is more about gender-multidimentionality rather than just being genderless," he explains to Byrdie. "We believe people can find limitless power in exploring, embracing and celebrating the full spectrum of their identity." 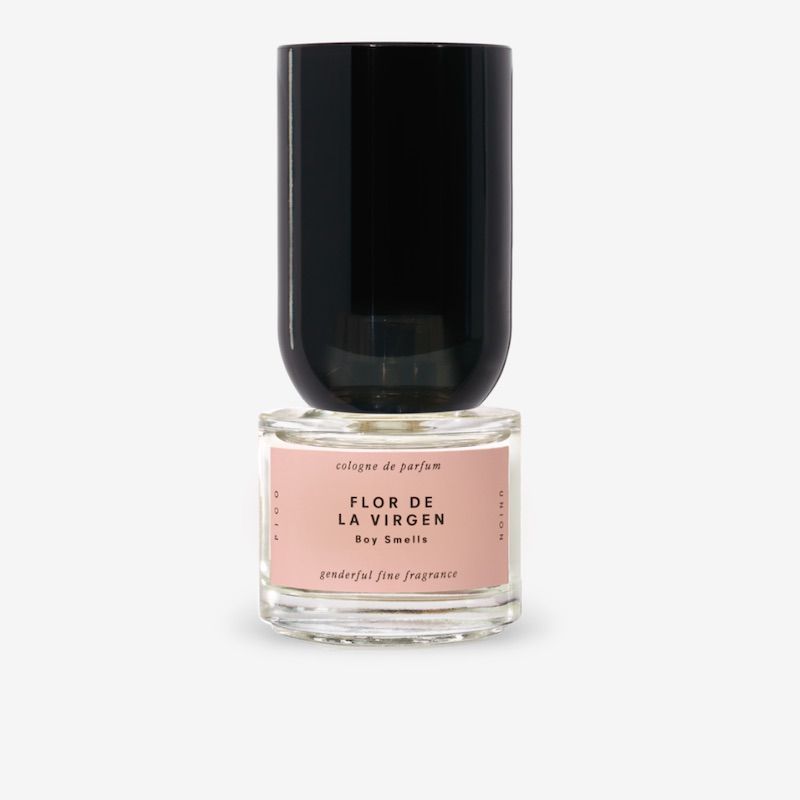 Five fragrances make up this collection: Tantrum, Violet Ends, Suede Pony, Rose Load, and Flor de la Virgen, each scent is inspired by a reinterpretation and recontextualization of classic mythology epics, stories of heroes that Boy Smells want to turn on their heads. "The 'idyllic' archetypes and heroes from the past are often allegories of how we should go through life as “perfect' people, reinforcing traditional societal norms," Herman says, with the end goal being self-empowerment. "For example, Tantrum is a retelling of the Greek myth of Pandora, whose yearning and curiosity starts and explosive punishment of humanity at the hands of Zeus," he says. "This fable says 'don’t stir the pot'—but using our voice to speak out and questions what is right is the only way to affect change. That is the cure, not the cause, of the ills of humanity."

As you might have gleaned, these fragrances are not designed for blending in to the crowd. To wear a Boy Smells Cologne de Parfum is to have command over who you are—or whoever you are that day, anyway. And if even an exotic fragrance still feels too regular-shmegular, Herman already has the answer. He says the fragrances are great not only for mixing with each other, but also other scents already in your personal collection. "We are mixes of parallel but often conflicting ideas, layers of tastes and wants, what we call personal mixology," Herman tells us. "The exploration of ourselves helps define and harness our uniqueness and allows new ways for us to express ourselves. We hope that our users mix and match the fragrances with those in their collection to express themselves in individual and personal ways."

Speaking of exploration, it isn't lost on LA-based Boy Smells team that choosing a fragrance online can be tricky and offer an Exploratory Set ($20) of miniature vials on their site. The full value of that discovery set can then be applied to a future purchase of a full-sized fragrance. 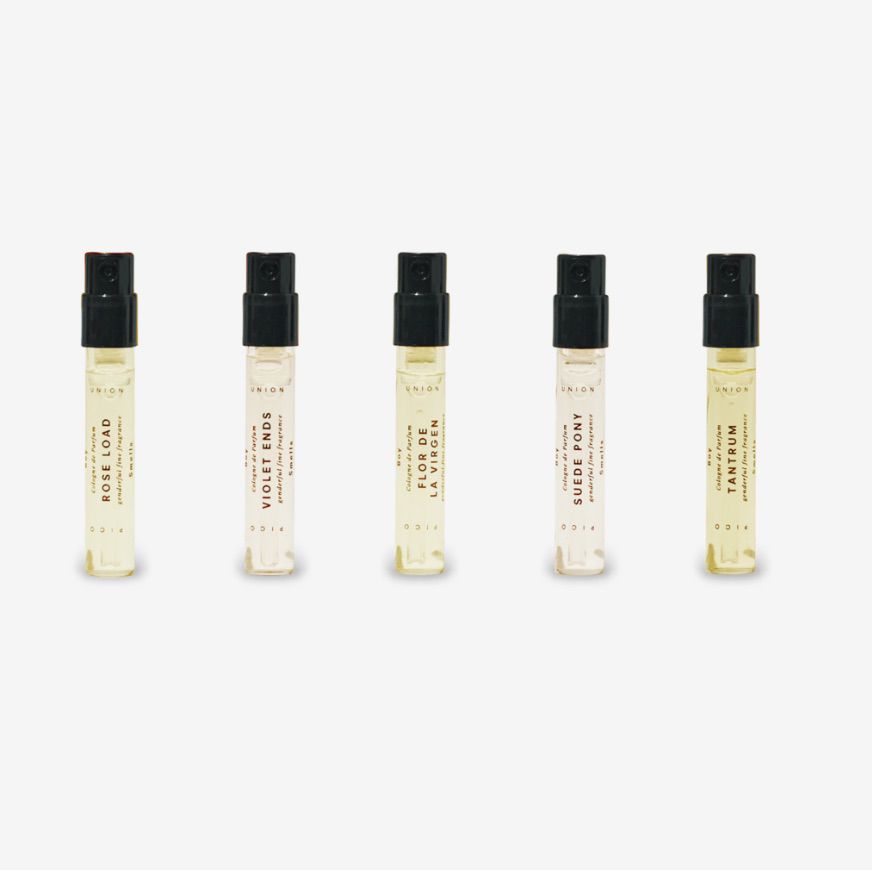 Even with that guarantee in place, the Boy Smells team doesn't skimp on description or evocative details. Tantrum, described as an explosive green cocktail, is fragranced with peppercorn, cedar, and vetiver. Violet Ends, a "vibrant violet in a storm of smoked papyrus and tobacco leaves" is the scent equivalent of a movie scene in which the protagonist realizes their worth and walks away from their toxic ex. Suede Pony, my personal favorite in the collection partly because of the brilliant name, is listed as a brazen expression of brushed leather, hazelnut and violet and it is brazen indeed—when I first smelled it, I actually said, "Oh my god," aloud in my empty apartment. Rose Load, as its name would suggest, is a lush "shower of spiced roses" that feels like pure romance. "I love adding a dab of rose essential oil on my chest when wearing Rose Load," Herman says, though it's impossible for him to pick a favorite. Heading up the pack is La Flor de la Virgen, my other top scent in this range. Designed to unleash your inner heavenly entity, it's described by Boy Smells as celestial bursts of flora and musk. I describe it as what heaven must surely smell like.

With cautiously optimistic predictions about the state of the world this summer, it's an ideal time to take some scents for a test drive. "We will for sure be entering a new reality as new people, changed and evolved by the past year," Herman says.  "It is the perfect time to find new scents that reflect you are in this moment."

Fragrance 101: The Guide You Need for Picking the Perfect Scent