This Proves BMI Is Bullsh*t (and What to Use Instead)

BMI is no longer the holy grail of good health, and there’s even medical research to prove it. Traditionally used by doctors to determine if you’re at a “healthy” weight—in the eyes of the National Health Service (NHS—your weight in kilograms is divided by your height in meters to assess if you’re underweight, normal, overweight, or obese. What you actually look like and where you’re carrying your weight (be it body fat or bulging muscles) is ignored. However, news just in reveals that what you really need to be looking at is your fat mass index and lean mass index, according to Phil Chant, founder of Bodyscan in the UK. The DEXA X-ray scan measures fat, bone, and lean tissue to decipher whether you’re at your optimum physique and in proportion, and I decided to play guinea pig and slip under the scanner.

Keep scrolling to discover the results…

BMI vs. Bodyscan: What's the Difference?

“BMI looks at weight, but that’s just its relationship with gravity,” says Chant. It’s true. BMI completely ignores things like muscle, organs, connective tissues, and skin. If you have rippling muscles or are naturally big-boned, you’re fighting a losing battle when it comes to BMI. Which isn’t a good thing, because the NHS still uses it as a marker to dictate if you’re a healthy weight.

If you’re not, it’s a black mark on your doctor’s notes, and you could be at risk of being refused treatment for things such as fertility. Bodyscan, on the other hand, is a four-minute scan (plus consultation), and you walk away with a report that breaks down your body fat and lean mass to see if it’s equally distributed and you are in fact a healthy bean, despite what your BMI says. It also assesses your bone density, which is what the machines were initially designed to measure.

Who Is Already Using Bodyscan?

Already being used by football clubs and the England Rugby team as a more accurate way to monitor your physique, it’s a tool Phil discovered in Australia where most personal trainers use it to prove to their clients that they are getting results. “You can’t spot fat, but you can choose where to put muscle on, so if the scan shows you need to bulk up in the trunk or arms, you can start to target that and ask for a fitness regime to assist you. I’m surprised more PTs haven’t picked up on it over here yet.”

Me too. The last time I underwent a PT challenge, the calipers were pulled out to demonstrate where my trainer could easily pinch an inch (or two), but they only account for superficial fat, not your actual FMI. “FMI is how much fat you have in relation to your height, but what you also need to be looking at is visceral adipose tissue, the visceral fat around your organs that can lead to health problems such as diabetes, stroke, and heart disease. It needs to be below 100. It’s also the body fat that can be lost the quickest and is most responsive to diet and exercise.”

Chant also mentions that it varies with different ethnicities. Black people have less visceral fat than White people, who have less than Asians, something else the NHS’s precious BMI charts don’t take into consideration.

What is the Lean Mass Index?

The charts the scan produces also look at the lean mass index. In Chant’s words, this is “all the squidgy stuff that’s not fat,” which includes muscle. Comparing your results to that of 4000 others who have been scanned, it’s often the case that women will have a low muscle mass. According to Chant, this is often because women don’t eat enough to fuel the muscles, so the body eats into the muscle to keep on ticking over (which might be why you feel you’ve plateaued or aren’t seeing the results you want from those spin sessions).

Not eating enough definitely isn’t something I’m guilty of, but after a stint under the scanner, it confirmed that I carry my fat on my legs, thighs, and trunk and that I needed to up the muscle around my midriff and arms. Read more planking, sit-ups, and shoulder presses.

This is where the Bodyscan’s Target tool also comes into play. Pinpointing the areas you need to work on, it also determines how many calories you should be consuming—e.g., losing fat/building muscle or retaining current fat levels and improving arm strength.

While everyone’s results are different, one common prescription Chant dishes out is to up the weight training. Great for bone health, as well as better weight distribution, it’s where you can put the pressure on your PT because Chant recommends a follow-up scan around eight to 12 weeks later to see if your hard work has made a difference, which is worth it when you’re paying out top dollar for a training session.

Are There Other Forms of Body Assessments?

It’s not just Bodyscan that proves BMI is piffle; here are three other ways to assess if you’re in peak condition. 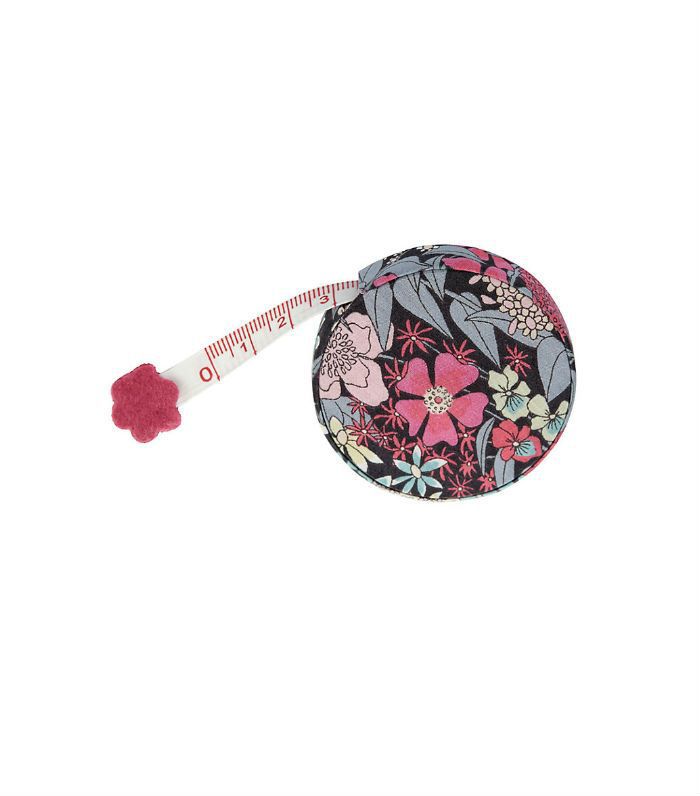 Another reason BMI isn’t the be-all, end-all body assessment is that you can strike gold in the BMI charts but still have a belly. That’s because it doesn’t take into account where your body mass is hanging out. Measuring your waist, therefore, can be considered a more accurate way to size yourself up, although again, it doesn’t take into consideration muscle versus fat. To create your reading, stand up straight and wrap a tape measure around your waist (in line with your belly button). To be considered healthy, it should be less than half of your height. For example, if you’re 5 feet (60 inches), your waist should be around 30 inches. You could also whip out the waist-to-hip ratio; just shimmy the tape measure around your bottom and hips, jot down the measurement and then divide your waist circumference by your hip measurement. The lower it is the better (over 0.85 is considered risky). 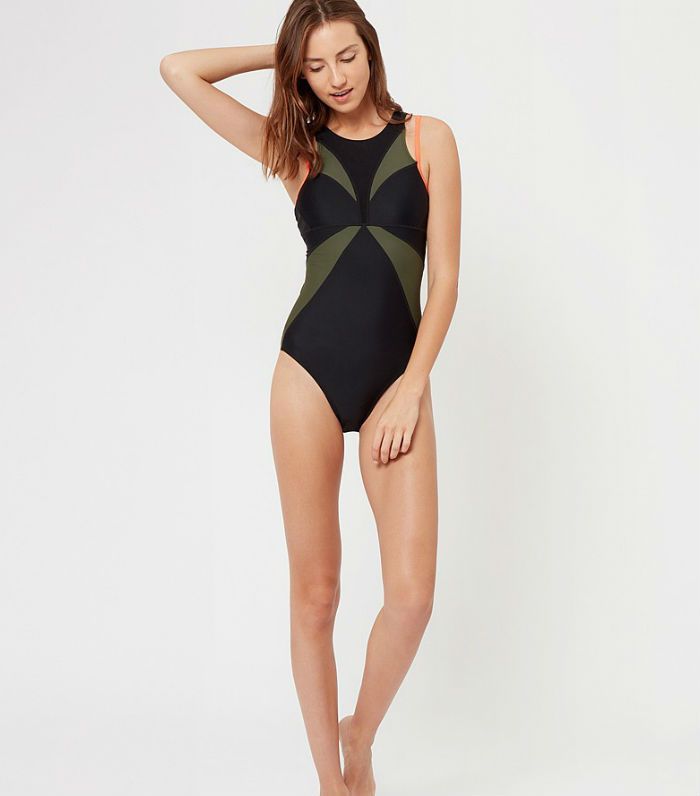 Also known as hydrostatic weighting, this is where you get weighed whilst being completely submerged in water. Often used in clinical research, you’re weighed before you jump in the tub, and then again while you’re in it. Its reliability in determining body fat is because the density of fat mass and fat-free mass remain constant, while lean tissues such as bone and tissue become denser in water. So muscle sinks and fat floats, which means bodybuilders weigh more underwater, and those carrying more fat will appear more buoyant. 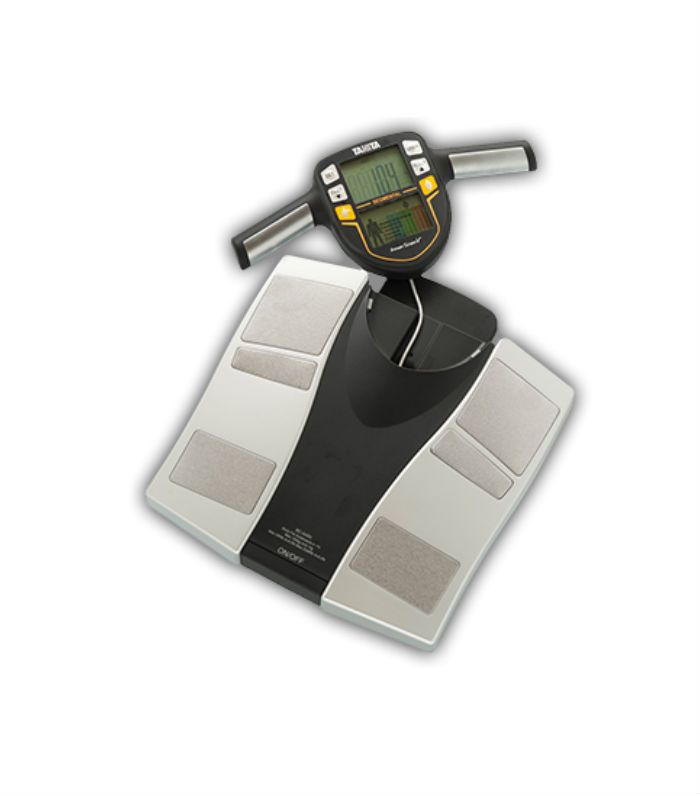 These tend to be scales that have electrodes under each foot and shoot tiny electrical currents up throughout the body to see how fast they return to the scales. The concept is that lean tissue conducts them faster than fat, so the quicker they get back to the plates, the leaner you are. In terms of at-home measurements, it’s pretty effective, but it’s worth noting how much water you’re holding in your body could skew the results, and unless you’re using one with handles, they often ignore your upper body and remain focused on the legs.

Need to lose some junk around your trunk? These are the best belly fat–fighting exercises you can do.