No matter how much you try to resist it, it’s hard to be on social media these days without being a little influenced by one thing or another. Sometimes, this simply means we're inspired to think differently about how we view ourselves or the world. More often, though, being “influenced” describe the phenomenon of seeing someone on social media talk about a product, and then buying said product for yourself. If more and more people love the item, then it’s not totally uncommon for the product to go viral or sell out. With so many people sharing what they love (and a good number of those people being paid to do so), it can be hard to weed through all the suggestions and figure out what’s actually good versus what’s just OK.

My personal rule, as someone who follows a lot of influencers and is sometimes considered one myself, is if someone on social media keeps mentioning a product (either over the span of months or even years), then it’s probably the real deal. Take Weleda's Skin Food ($19), for example. I saw influencers like Katie Jane Hughes talk about the moisturizer for years before I finally decided to try it myself. Almost immediately after introducing the product into my routine, I was hooked. Now, I talk about it all the time on my own social media—and followers have had nothing but good things to say. I’m not the only one who’s fallen in love with a product I was influenced to buy, though. Here are more examples of products that have lived up to their influencer-generated hype, according to the real people who tried them. 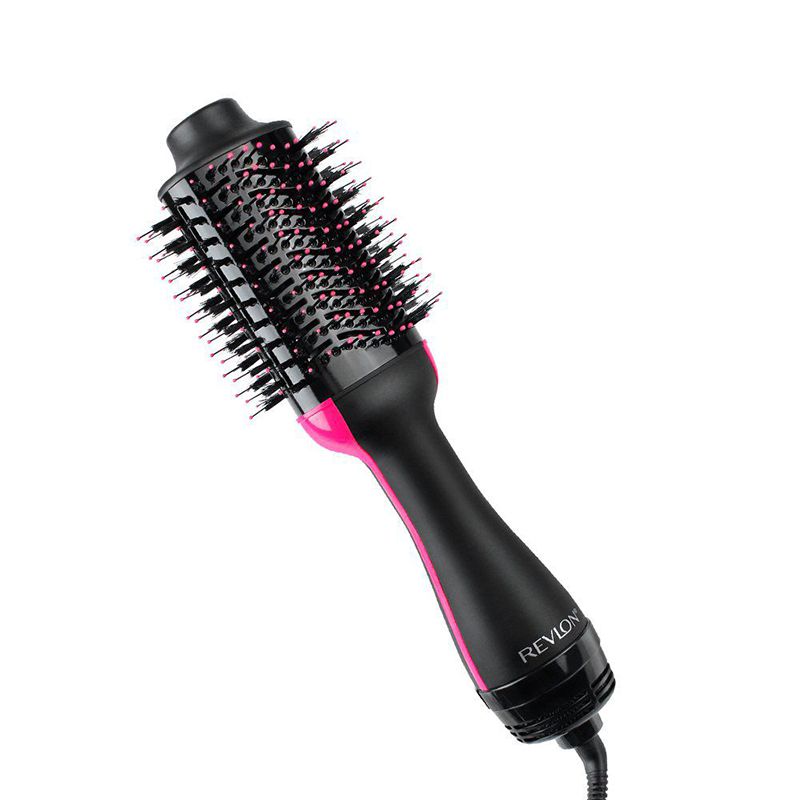 "The Revlon One Step hair dryer. Changed. My Life. I'd seen it being talked about on IG for ages, comparing it to the (much more expensive) Dyson Airwrap and finally decided to do some research. The reviews were the final push I needed and it's been around three weeks and I can't remember life before it. My hair is bouncier, fuller, and shinier than ever. It's 100 percent worth it." —Kaeleen Michelle, 25 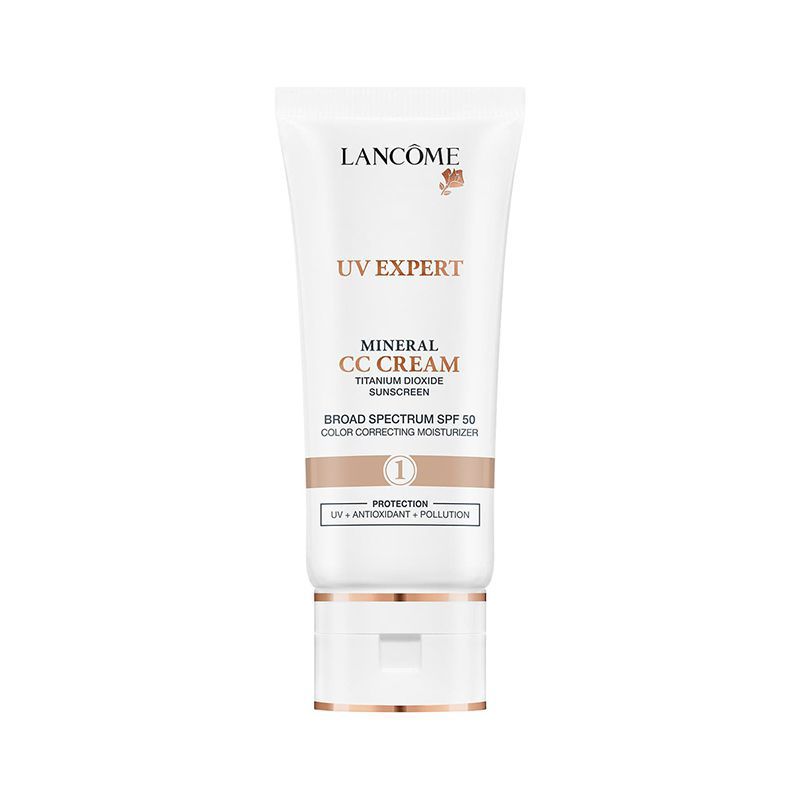 "I just bought the Lancôme's UV Expert Mineral CC Cream ($39) after seeing a beauty editor from Vogue post about it on Instagram—and I love it. As a Laura Mercier Tinted Moisturizer ($46) devotee, I was hesitant but also wanted to try something new with color-correcting capabilities." —Christina Halper Gorini, 37 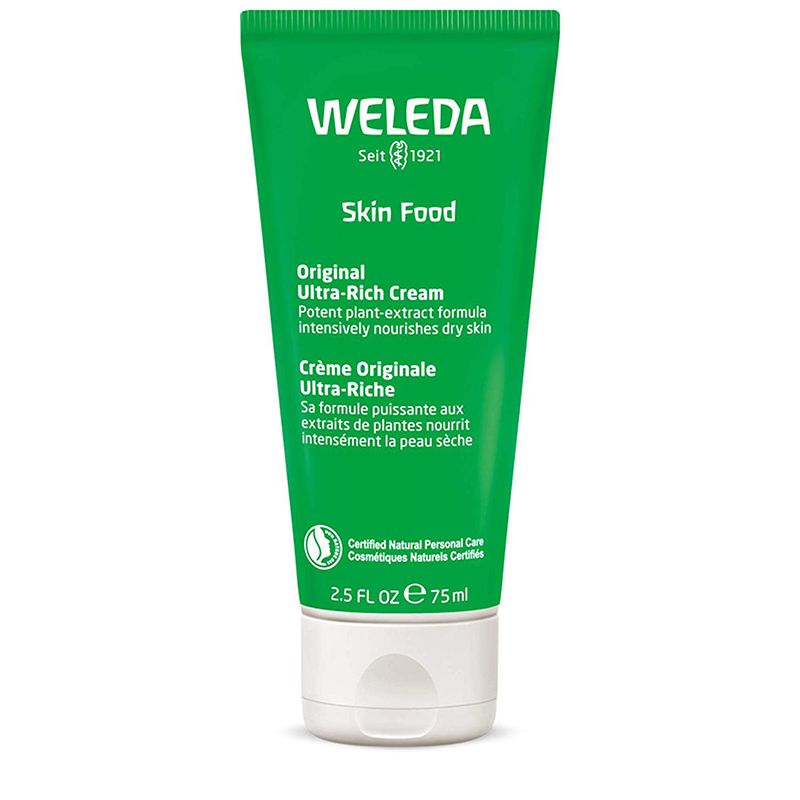 "I was using Clinique moisturizer on my face, but my skin still felt consistently dry—even after applying it two to three times a day. I was in the market for something new and saw a few influencers talking about Skin Food ($19). It took me a minute to adjust my routine, due to the thickness of the formula, but my face actually felt hydrated for the first time in years. I assumed I had some unique skin that couldn’t absorb lotion, but really, I just hadn’t found the right product. So, when I saw multiple influencers talking about it (and I saw it came at an affordable price), I went for it." - Rachael Harten, 32

"I was excited to use this cream as my daily moisturizer because it noticeably brought my skin to life, taking my skin from dull and matte to vibrant and glowing." — Ashley Rubell, Product Tester 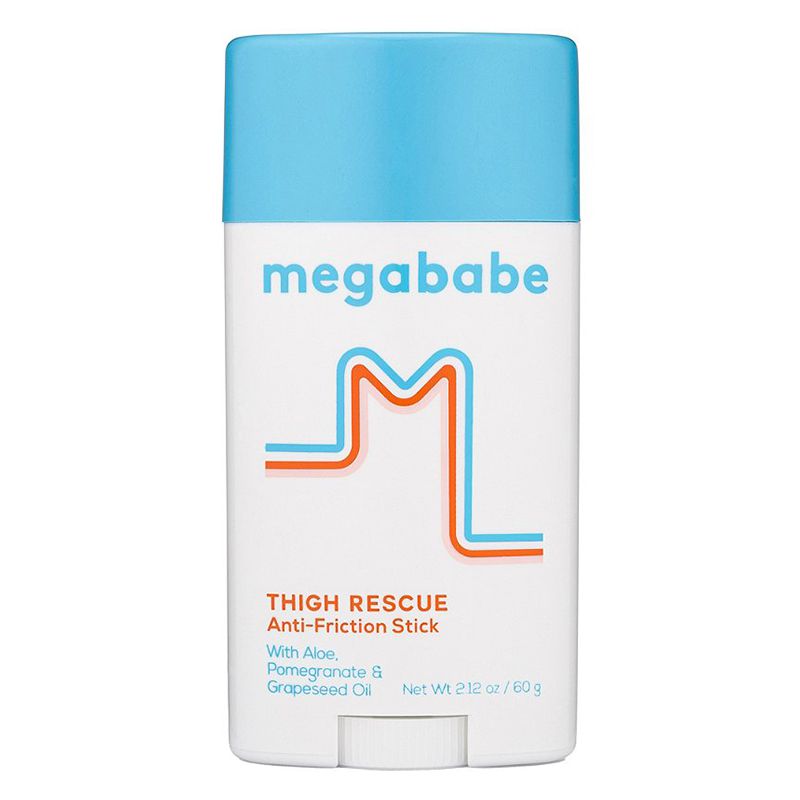 "I found Megababe's Thigh Rescue through an influencer (and the founder herself, Katie Sturino). Once it tried it, I was absolutely hooked. Can't live without it (and neither can my boyfriend)." —Margot Maley, 25

"I have always hated the beach—I'm so pale the only activity I can participate in is putting on sunscreen every 20 minutes. Also, I've never had a thigh gap in my entire life (I'm way more comfortable with that fact now than I used to be). My family planned a cruise this past summer to all of these beautiful, beach-y places—I was so stressed—but, then I remembered I followed this body positive mom, Allison Kimmey, who had posted something about chafing cream. I scrolled through all of her posts to find out the name of the product: Megababe. I bought it and had the most amazing trip. I wasn't stressed about fresh-from-the-ocean water chafe, wore sun dresses like there was no tomorrow, and brought my Megagbabe stick with me on every excursion. I swear by the stuff and am already excited for all of the times I get to wear it and sing its praises next summer." —Chelsea Branscum, 23 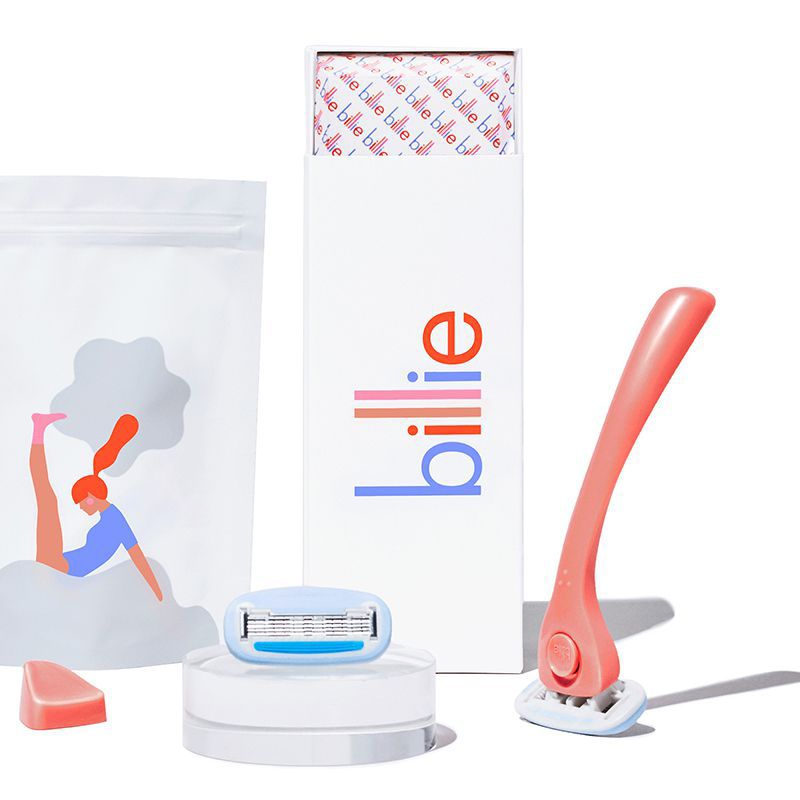 "I saw ads for Billie razors all over my Instagram and Facebook—and I finally tried them because I was sick of getting cuts from my previous razor. I'm 100 percent a convert. Billie razors are so good. I've never been cut, the blades last forever, and they're way cheaper than whatever I used to buy at Target. Also, they're very cute and very ~aesthetic~. I am now a Billie evangelist even though they pay me zero dollars." —Kailey Short, 29

The Face Serum Every Mega-Influencer Has Posted About 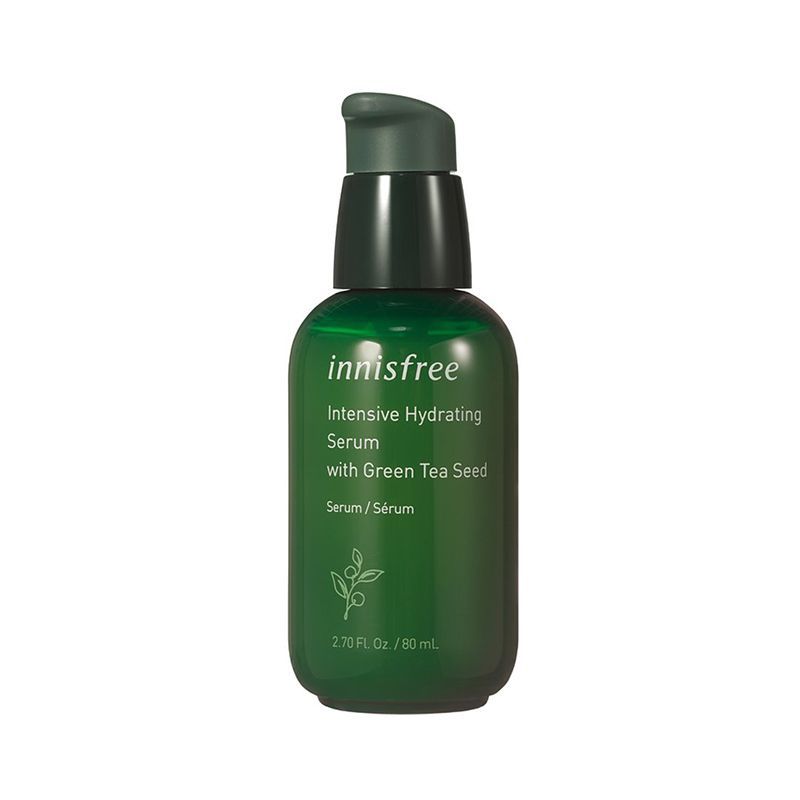 "Being half Korean, I love K-Beauty and have had a fascination with trying anything and everything I can. While scrolling through Instagram, I noticed there were tons of people who couldn't stop raving about Innisfree's Intensive Hydrating Serum ($27). I hesitated for a while, but finally pulled the trigger. I can safely say this is the best serum I've ever used. It's incredibly hydrating, smells amazing, and leaves my skin feeling silky smooth and visibly brightened. Since buying it, I find myself pressuring friends to give it a try." —Clara Shannon, 26 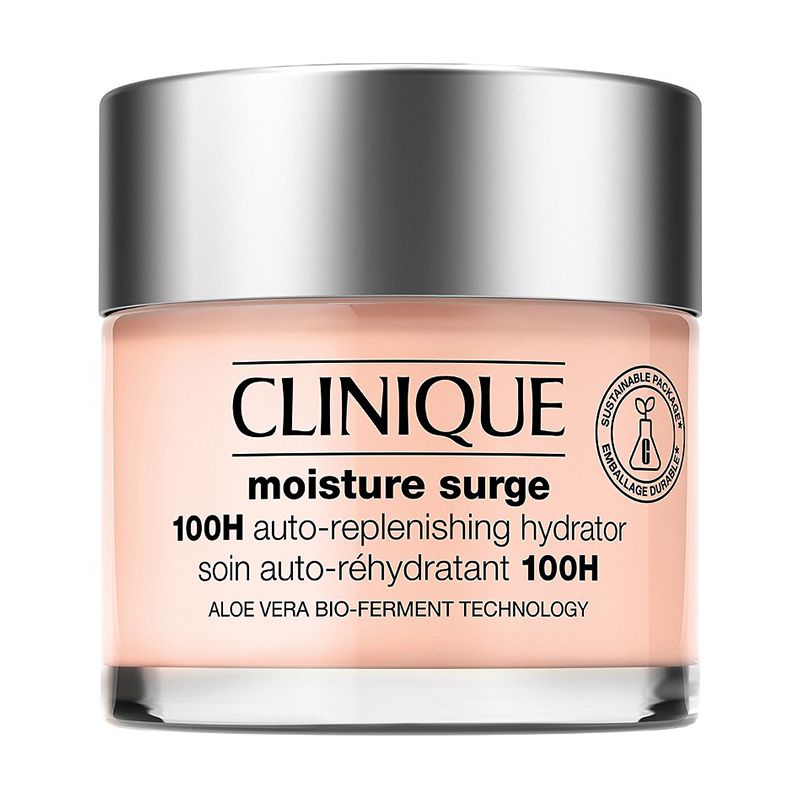 "I was gifted Clinique's Moisture Surge 100-Hour Auto-Replenishing Hydrator ($40) about a year ago and have been hooked ever since. As a mom of three and the CEO and founder of XIO by Ylette, I am always on the go looking for ways to simplify my routine. I suffer from dry skin, and even more so during pregnancy. This moisturizer leaves my skin feeling smooth, is not overly greasy, and is so nice to wear under makeup. I also use it as part of my nightly routine before bed." —Ylette Luis, 34 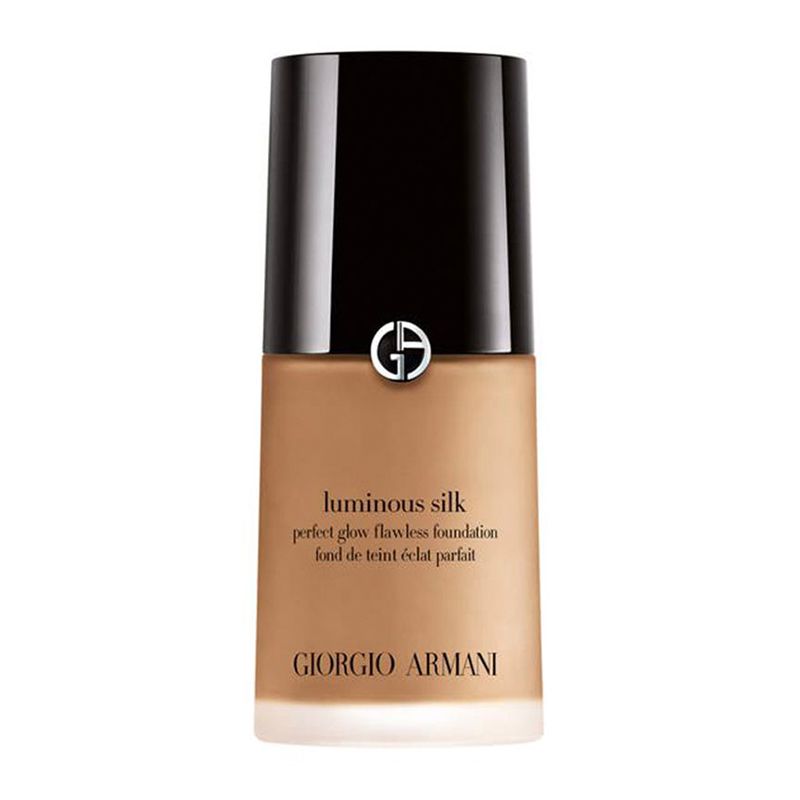 "The product I've been influenced to buy is Armani Beauty's Luminous Silk Foundation ($64). I first heard about the product from a health and fitness vlogger, Sam Ozkural, in 2016—and it has been stuck in my mind ever since. I never thought in a million years I'd spend $64 on a foundation. But, once I tried it, I realized it's the best investment ever. It makes my dry skin glow and I don't even feel it on my face. It's totally worth it in my opinion. —Silvia Pellizzoni, 22 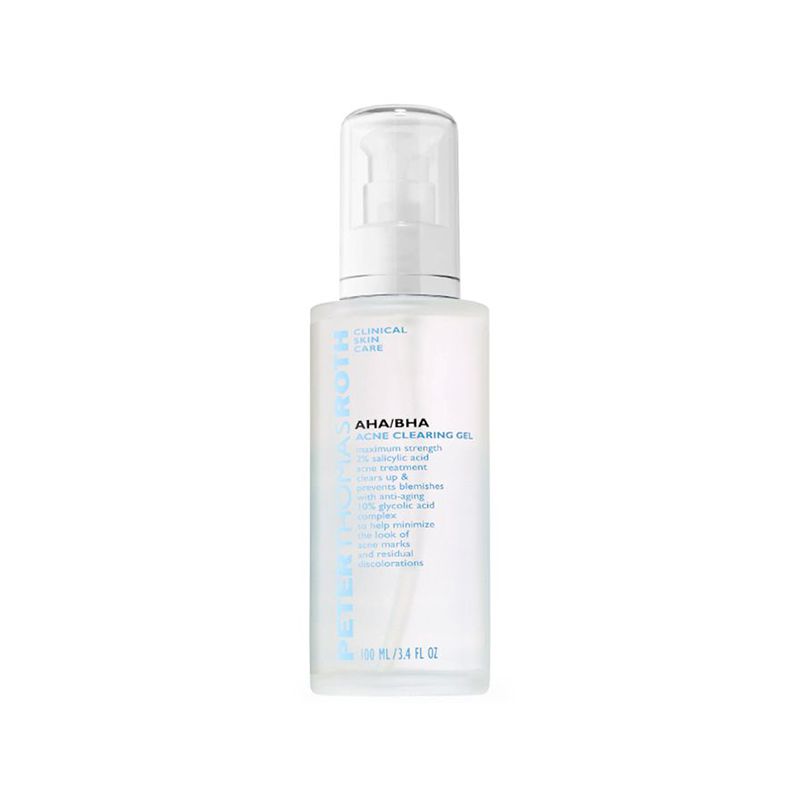 "I was influenced by Kathleen Jennings to purchase Peter Thomas Roth's AHA/BHA Acne Clearing Gel ($54) during a time I was in full panic-mode over my skin. I had painful cystic acne, on top of the general acne I've experienced since I was a teen, and I didn't know what to do. This product has kept my skin totally stable with an approximately 90 percent reduction in daily breakouts for the month I've been using it. It's more expensive than my usual spot treatments, but the bottle is huge and will probably last over a year. I'm now able to focus on clearing up my acne scarring, as I don't have active breakouts to fight against." —Miranda Bergeron, 24