Erin Jahns
Erin Jahns is a hair, makeup, and nails expert and beauty editor with over five years of experience in the industry. She is currently the senior beauty editor at WhoWhatWear.
Byrdie's Editorial Guidelines
Medically reviewed by
Dara Liotta, MD, FACS

Medically reviewed by Dara Liotta, MD, FACS
Dr. Dara Liotta is a dual board-certified facial plastic surgeon with offices on the Upper East Side of Manhattan and Dubai.
ABOUT BYRDIE'S BEAUTY & WELLNESS BOARD
Plastic Surgeon
Fact checked by
Michelle Regalado

For years, I've had an irrational fear of taking a prescription long-term, which, for the most part, stems from my first-ever experience truly taking a long-term prescription—birth control. It didn't go well, and essentially, my body rebelled. I could barely get out of bed due to nausea, I suffered from a spree of migraines, and my mood was unpredictable and overall less than stellar. (That, combined with the normal teenage angst, well, Mom and Dad, I'm sorry).

My Relationship with Prescriptions

Interestingly, I'd taken other prescriptions like antibiotics short-term (and still do) with fewer issues. But rational or not, that one bad experience with birth control influenced my teenage and now-adult brain, basically hardwiring me to resist any kind of serious medication. So instead, I've adopted the fairly common, "I'll just get through it" mentality, which many of my friends and family also share. Whether this is due to a gradual increase in holistic thinking, a stubbornness to acknowledge when something might be awry, or personal and/or religious beliefs, I'm not sure.

Despite the obvious influence Western medicine has on our culture, there's also an invisible yet omnipresent force field of pushback. Though not universal, there are the concerns doctors may default to simply prescribing a pill when there may be a more natural course of action and the idea that overall we've become overly dependent on medications and the quick-fix convenience of pharmaceuticals. Again, this is just one perspective out of many, but it's worth pointing out, and to be honest, I've fallen into the aforementioned camp for most of my life.

But then came my struggle with acne, which up until this winter has been an ongoing cycle since college and which has had a significantly negative impact on my self-esteem. Over time, I tried it all—every diet, skincare, and exercise technique to no avail. Nothing was working, yet the horror stories involving heavy-duty acne medications like Accutane rang strongly in my head. Thus, I persisted with my "I can fix this organically" mindset. Until that is, I met with Breana Wheeler, MSN, NP, dermatology nurse practitioner at Facile Dermatology & Boutique, who had a possible solution due to the nature of my breakouts (ahem, hormonal), which involved, you guessed it, a medication. Her suggestion after our consultation: an oral medication called spironolactone.

The Decision to Take Spironolactone

At first, my internal knee-jerk reaction was a hard no—especially when I learned that to a certain extent, spironolactone does have influence over your hormones, and, to be honest, that intimidated and scared me. However, after discussing it more with Wheeler during our appointment, conducting some solo research later on, and even consulting my ob-gyn, my mindset slowly began to shift. Beliefs and perspectives can change depending on the season of life, and maybe it was okay to allow mine a transition if I felt the process would be safe and the results worthwhile.

We're all entitled to a certain standpoint when it comes to complicated relationships like drugs and our body—what we want or don't want to put in and what we expect in return. It's highly personal, and what works or feels appealing for one person might not be for another. We're allowed to make the call that feels like it's in our best interest, even if it's not perhaps a call we would have made in the past. In the past few months, I've adopted an understanding that it's more about having the ability, resources, and will to make an informed decision by listening to my body and trustworthy professionals like Wheeler and in turn, releasing anything that may be arbitrary.

Of course, in absolutely no way are my words intended to sway opinions or perspective when it comes to taking or not taking prescription medication, nor am I trying to advocate spironolactone as a miracle acne-clearing solution. Hardly. Not only would that be entirely unethical, but it would also be negligent in that everyone is unique, and prescriptions aren't something to be suggested or glorified as lightly as a game-changing smoothie recipe.

Discussing medication is a sticky business, and there will rarely—if ever—be a clear-cut path, which is why it's so imperative to find a professional, whether it's a dermatologist, ob-gyn, or general practitioner, who you trust when considering pharmaceuticals. However, I've personally had a positive experience with spironolactone (combined with an epic skincare routine courtesy of celebrity esthetician Renée Rouleau), and my skin has completely cleared. Therefore, since many people are currently curious about spironolactone as a treatment for breakouts (it's becoming increasingly well known and utilized in the dermatologic fields for certain acne sufferers), I thought I'd decode the prescription with help from Wheeler.

According to Wheeler, spironolactone (which for brevity's sake I'll refer to as "spiro") is an oral medication often used to treat high blood pressure and other cardiovascular conditions. In the dermatologic field, however, Wheeler points out the medication is often prescribed in low doses to help treat moderate to severe instances of hormonal acne.

"When people hear spiro is used to treat hormonal acne, they often think it's a hormone, but it's actually a diuretic and, for skin purposes, works as an androgen blocker. Essentially, it blocks the effects of male hormones in the body like testosterone, which can contribute to oil production and acne," Wheeler clarifies.

As someone who has a mild case of PCOS (a reproductive condition in which females experience higher levels of testosterone), it's understandable how spiro could be a helpful and effective way for me to manage my testosterone levels and in turn reduce my breakouts. Sure, some would most definitely argue there are other "safer" or more natural methods, but this was a viable option that has proven to work well for me.

Why Did She Prescribe It?

Obviously, there is a multitude of things medical professionals take into account when considering a prescription for a patient. Here's why Wheeler felt it would be a good fit for me:

"I recommended spironolactone for you because you're a healthy, non-pregnant female with hormonal breakouts (that were more than just clogged pores) who has tried various products and prescription topicals," explains Wheeler. "During our session, we also discussed diet and you had already tried some of the dietary changes I often recommend to improve hormonal acne such as reducing sugar and dairy intake."

Ultimately, Wheeler expressed to me that oral medications like spironolactone are an option for adult females who have tried (with little to no success) other non-medication treatment options like adjustments to their skincare routine, diet tweaks, prescription topicals, etc. If acne is still persistent, then a medication like spironolactone might be a helpful consideration.

"If I have a patient experiencing cystic acne or acne that's causing significant scarring, I will often start them on an oral medication like spiro sooner than later," Wheeler says. "Cystic acne is very hard to treat with topicals alone, and if my patient is an adult female, then there's typically a hormonal component of her acne, which is where spiro can prove helpful. I would trust a dermatologist, dermatology NP/PA, endocrinologist, ob-gyn to prescribe it."

Cystic acne is very hard to treat with topicals alone, and if my patient is an adult female, then there's typically a hormonal component of her acne, which is where spiro can prove helpful.

However, a quick word on who shouldn't take spiro as a treatment option for acne is important. As Wheeler tells me since it does affect and typically lower testosterone levels, it's not for male patients. It's also not recommended for females who are pregnant or trying to become pregnant. Lastly, if a patient has any medical conditions that cause electrolyte imbalances, it's a good idea to steer clear due to the diuretic nature of the prescription.

Some Things to Keep in Mind

According to Wheeler, and as would be expected with any kind of prescription medication, the duration for which a patient takes spiro and any possible side effects will be pretty individual.

The duration people take spiro varies greatly. Some people take it for three months and their skin stays clear off of it. Others prefer to stay on it for a year.

"The duration people take spiro varies greatly. Some people take it for three months and their skin stays clear off of it. Others prefer to stay on it for a year." I've been taking it regularly since about January, began noticing some significant improvements in my skin around February (though it had already been improving due to my skincare routine as well), and I've continued to take it. As I also am dealing with PCOS, my ob-gyn is recommending that I stay on it for the time being to keep my testosterone levels lowered while we're working to get my period back (although that's another story that I am saving for another day—stay tuned).

Additionally, Wheeler has a few other stipulations involving spiro that beg consideration. Though she says coffee is okay, spiro shouldn't be combined with other diuretics or potassium supplements. "The medication can cause your body to hold on to potassium, so it's also important to keep potassium consumption in check." While studies have shown that healthy younger women do not need their potassium levels monitored while on spironolactone, for women over 45 "we typically check a baseline potassium before they start, another level 3-6 months after starting, and then annually," says board-certified dermatologist Julia Siegel, MD.

While you wont have to make any dietary changes, "it is important to screen for eating disorders such as bulimia prior to starting someone on spironolactone, as this can cause electrolyte imbalances," adds Siegel. "Additionally, some providers instruct patients to hold the medication if they have a stomach bug (with diarrhea and/or vomiting) as that can throw off electrolytes."

Other Options to Try First 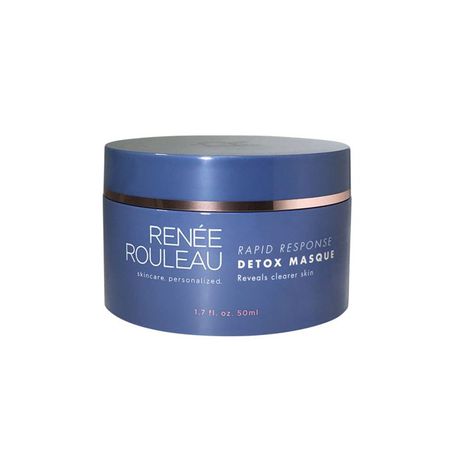 As mentioned earlier, there are several things Wheeler recommends patients try before starting on a prescriptive medication like spiro if they've been battling incessant acne.

First and foremost, she recommends her patients switch to non-comedogenic makeup (which will be less likely to clog pores) and work with a trusted esthetician or dermatologist on a personalized skincare routine. (I've done the latter, and it's had an amazing impact on the health of my skin in conjunction with the spiro).

Next comes diet. Wheeler (who is joined by many other experts in the field), recommends trying to steer clear of sugar and dairy as an experiment to see how your skin does. If it improves, a medication certainly won't be necessary.

Last but not least, before recommending an oral medication like spiro, Wheeler will suggest her patients try a stronger topical prescription if a more specialized skincare routine still isn't having an impact on the severity and occurrence of the acne.

That being said, Siegel notes that those with severe acne or nodulocystic acne with scarring may need to start a prescription right away. "The longer you wait to treat scarring acne the more acne scars a patient will be left with, so we recommend treating sooner," she says.

6 Real Women Share Their Accutane Experiences
Article Sources
Byrdie takes every opportunity to use high-quality sources, including peer-reviewed studies, to support the facts within our articles. Read our editorial guidelines to learn more about how we keep our content accurate, reliable and trustworthy.