The best fashion and beauty finds from Levi's, UGG, Olaplex, and more 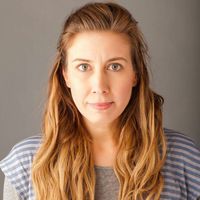 If you’re like most savvy shoppers, you’re holding off on your holiday shopping until next week. (Though there are plenty of early Black Friday deals happening right now!) But as the weather gets colder, the time to shop for fall and winter fashion and beauty staples is right now. Luckily, Nordstrom has put more than 32,000 items on sale, so it’s the perfect time to treat yourself.

We sorted through Nordstrom’s huge selection of deals to find 28 items you should definitely add to cart. Our favorite finds include a Levi’s faux leather puffer jacket for under $100, a limited-edition set of best-selling Olaplex hair care products, and a pair of UGG boots that are 40% off. Want to make the whole place shimmer at your holiday party? Check out this bright fuchsia sweetheart neck cocktail dress from Dress The Population, which is 50% off.

Scroll down to shop the best deals on the clothes, shoes, accessories, and beauty products on sale now at Nordstrom.

From comfy sweats and cozy sweaters to a sexy cocktail dress that's the perfect look for the holiday party circuit, Nordstrom has marked down items from brands like Adidas, Levi's, and Free People.

It seems like everyone is obsessing over the UGG Classic Mini, but we're loving the brand's Josefene Short Boot—and they're 40% off! The shoe section also includes markdowns on thigh-high boots and chic sneakers.

This first rule of beauty sales? If Olaplex is on sale, buy it. There are also deep discounts on skin care and makeup finds from Estée Lauder, Glamglow, and Bobbi Brown.

Scarves, hats, bags, and the most fabulous winter sunnies we've seen this year are among the finds in the Nordstrom sale aisle. Time to invest in some cold-weather accessories!