These Are the After-Christmas Sales You Can't Miss at Nordstrom 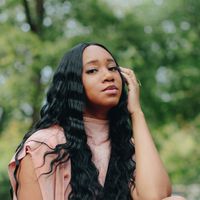 Dominique Hobdy
She’s edited, produced, and written for brands like ESSENCE, WWD, PureWow, Black Enterprise, and more.
Byrdie's Editorial Guidelines
We independently research, test, review, and recommend the best products—learn more about our process. If you buy something through our links, we may earn a commission.

So, you’ve finally made it through the chaotic maze that is the holiday season; what better way to celebrate than to…keep shopping? If that sounds like your ideal post-holiday activity (those gift cards aren’t going to spend themselves), then Nordstrom’s half-yearly sale has got you covered with major steals and deals.

Kicking off on December 26 and going strong through January 9, you can grab everything from those knee-high boots you’ve been eyeing to the skincare products that’ll help you start your year off in tip-top shape. And if that wasn’t enough, from December 26 through December 29, you can take an extra 25% off clearance items. We’ve compiled the markdowns that are good enough to bring peace and joy to both you and your bank account. So, get cozy, break out your device of choice, and stock up on the can’t-miss deals of the season.

If you’re in need of a beauty refresh just in time for the new year, this is a great place to start. You can snag major deals on everything from makeup and skincare to that beauty tool that’s going to take your routine up a few notches.

As the new year rolls around, it just makes sense to grab a few pieces that’ll give your look a quick (and cost-effective) upgrade. Grab some new lounge pants, grab some fresh denim, and more with our top picks.

In our opinion, there’s no better time than mid-winter sale season to snag the perfect basic pair of shoes. Whether you’re thinking ahead and grabbing boots for next year’s cooler weather or getting your hands on sandals for when warmer days come along, you’ll be ready for whatever.

It’s a well-known fact that accessories make or break an outfit. If your everyday tote is begging for early retirement or you lost your winter beanie yet again, it’s time to invest in some new items.

It seems like there’s been a mass reassessment of what’s important when it comes to spending, and although we love a good designer buy, it feels that much better when we can get stand-out, quality pieces for less. From outerwear to accessories and denim, these are the designer pieces that’ll instantly elevate your look.

UP NEXT: Here's Your Guide to the Best After-Christmas Beauty and Style Deals