The 32 Most Iconic Movie Beauty Looks of All Time

On the (probably too-frequent) occasion that I watch Almost Famous, I always find myself mesmerized by Kate Hudson's inimitable Penny Lane: Her confident, free-spirited exterior; the faltering self-esteem beneath it; her idealistic mantras; the shearling coat that has launched many a vintage dumpster dive… But let's not forget that hair! Hudson's blond ringlets are as much a part of her character as her manic pixie dream girl persona, and that hairstyle is cemented as one of my favorite movie beauty looks, ever.

Hair and makeup are obviously vital on any movie set, but think about it—of all the hundreds of films you've seen in your lifetime, how many beauty looks can you specifically recall or consider that have left a lasting impression? From Margot Tenenbaum's kohl-lined eyes to Dionne's box braids in Clueless, we've certainly noted that a memorable beauty look isn't just the result of genius hairstyling and makeup—it has to be intermeshed with an iconic performance, too.

But while that's no easy feat, we can definitely think of some characters who, years later, still double as beauty muses. Keep reading to see just what our favorite movie beauty looks of all time are all about.

It's the cut that launched a thousand copycats, even decades later—but while Vidal Sassoon famously trimmed it to perfection, Farrow actually credits herself with the hairstyle. The actress told the New York Times in 2013 that she had actually chopped it herself with fingernail scissors prior to filming, before Sassoon lent his expert finishing touch. That takes bravery.

The movie is everything and more in it's own right, but MacGraw's doe eyes and sleek center part would go on to become one of the most definitive looks of the decade, and still widely worn today.

Kirsten Dunst as Lux in The Virgin Suicides (1999)

Ahh the locks of a sweet Kirsten Dunst. A lesson in less is more: Dunst's undone look (coupled with lots of backlighting) highlighted her ethereal natural beauty.

Carrie Fisher as Princess Leia in Star Wars: Return of the Jedi (1983)

Forget the doughnut buns for a second, and let's take a moment to recognize what should be an equally significant Star Wars beauty moment: Leia's gold bikini ensemble wouldn't have been complete without her waist-length braid and gilded makeup. Get the look with this Armani Eyeshadow: 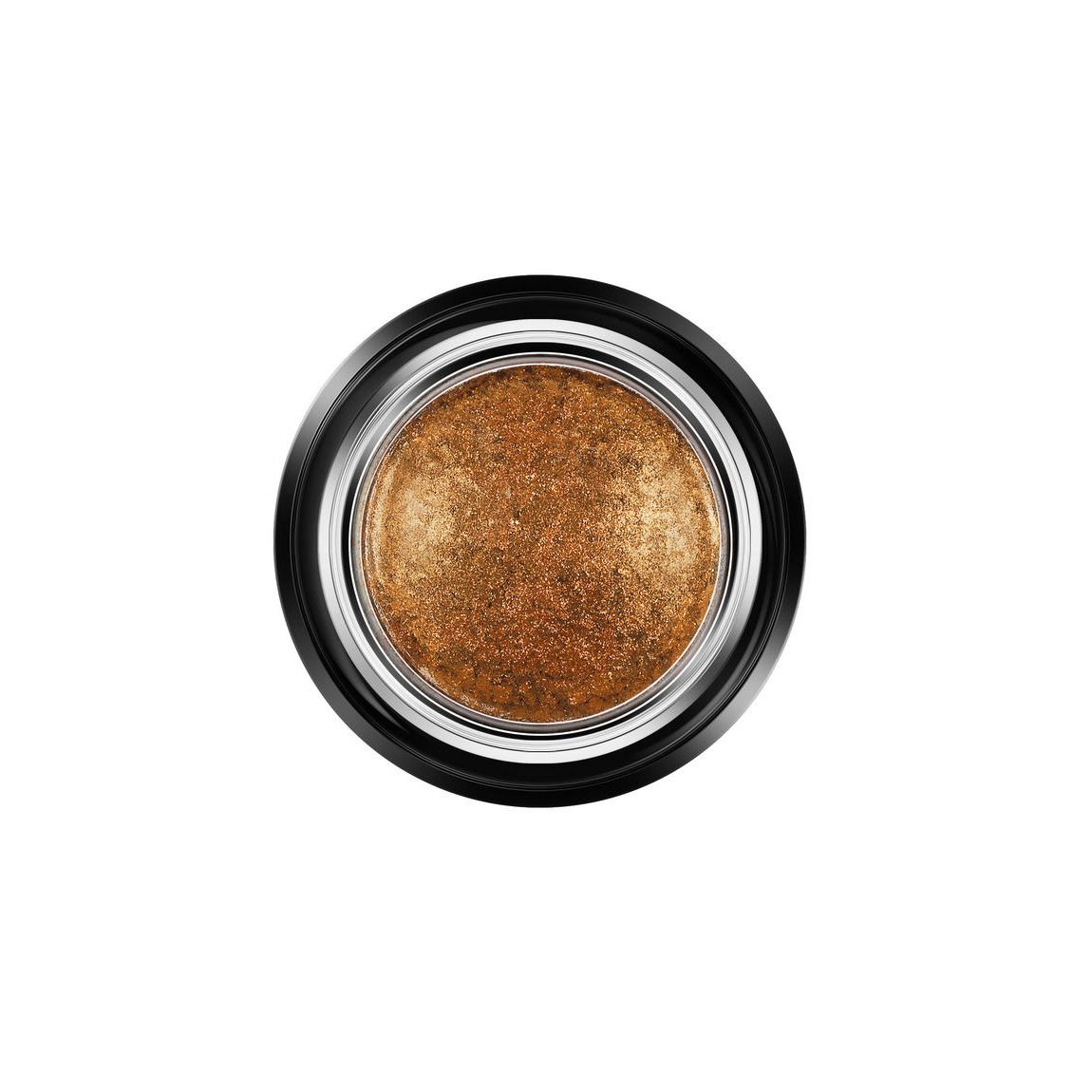 Nothing warms our hearts like a good movie makeover, and the transformation of Roberts from sassy , ahem, hooker to elegant opera attendee—and back to those fiery red curls again—is an all-time favorite.

Yes, I know your 12-year-old self is still giddy over the feels you get when you think of the Spice Girls. This film gets two thumbs up for embracing individuality in the hair and makeup space (really there's a blonde, brunette, curly and redhead and every shade of glitzy lipgloss you could imagine).

As it always did off screen, Kelly's simple elegance spoke volumes in this Hitchcock thriller, and continues to be what she is notable for, a true classic beauty.

Jennifer Lopez as Selena in Selena (1997)

Aside from having a powerful voice, donning red lipstick was definitely a requirement to play Selena. This color from Stila is the perfect option to re-create the magic of the late singer's beauty influence. 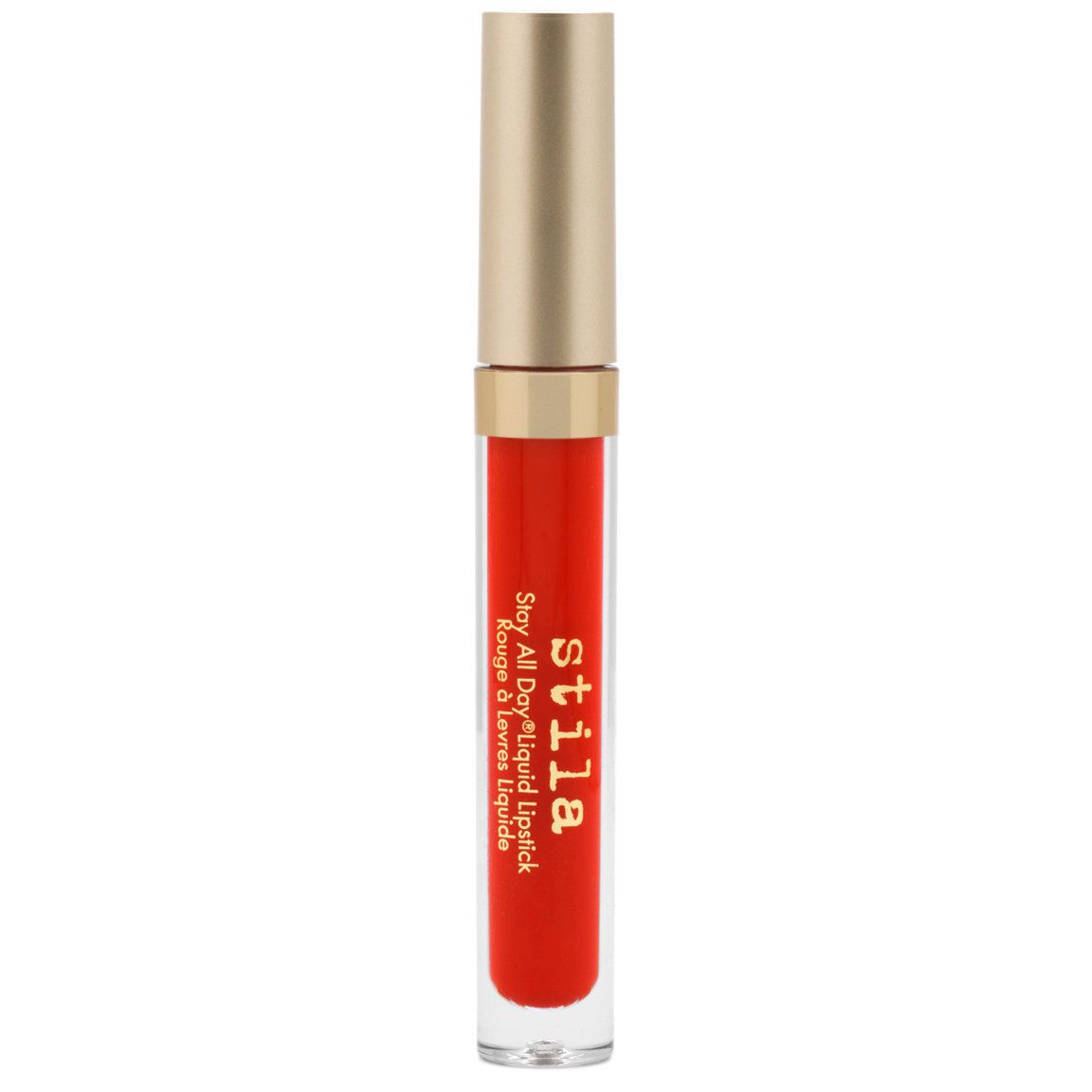 An angst-ridden '90s coming-of-age story just doesn't feel complete without a short crop of hair. Or Winona Ryder, for that matter. Winona taught us short hair is effortless and there's no problem with a little attitude to go along with it.

A true predictor of a lasting beauty legacy: People went so nuts for Thurman's nail color in the film by Chanel, that the polish proceeded to sell out everywhere. (It's long since been restocked.) 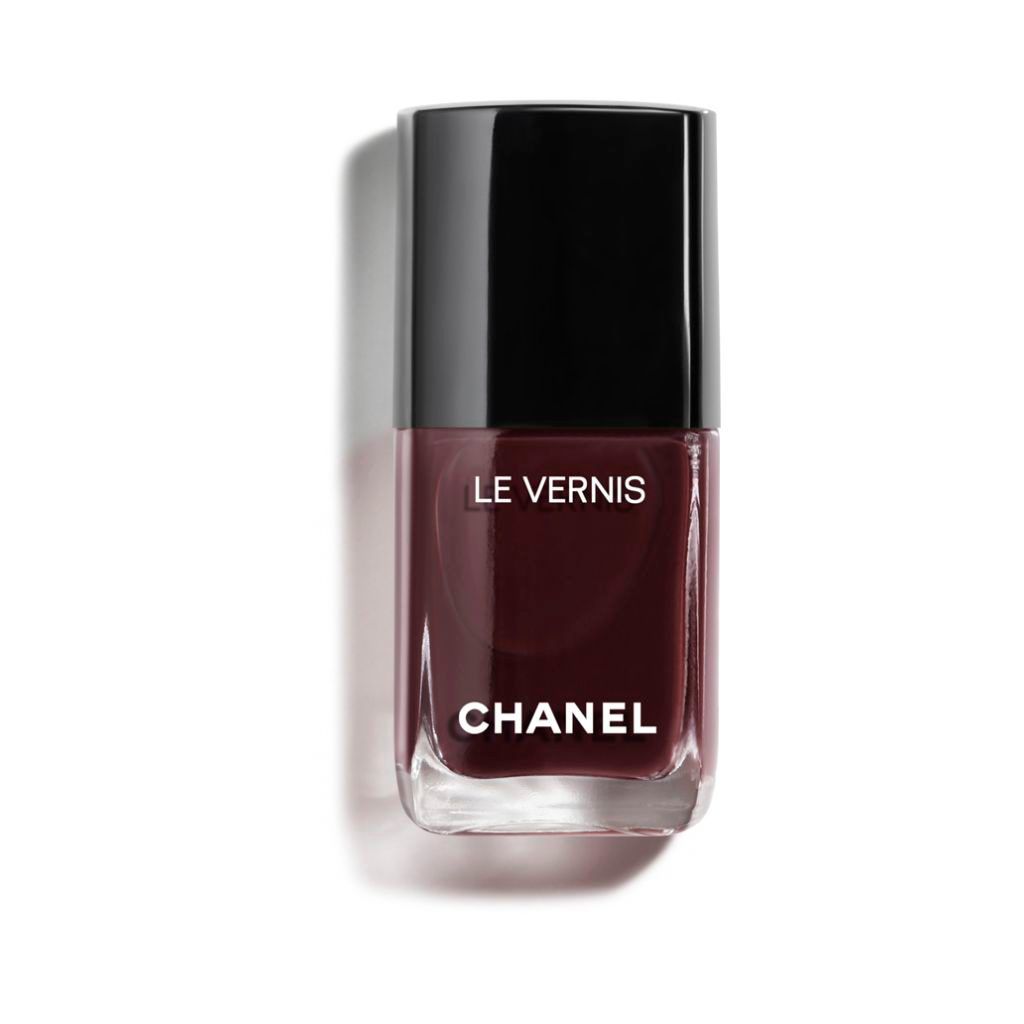 In case it isn't clear already, we're all about a great braids moment. Period.

Olivia Newton-John as Sandy in Grease (1978)

We could go on and on about how hopelessly devoted we still are to Olivia Newton John's makeup and hair in the classic 70's film, "Grease".

Stacey Dash as Dionne in Clueless (1995)

Cher might have been the makeover pro in this movie, but we'd argue that Dionne had the better beauty game of the duo. (Come on—this look would be street style gold circa now.)

Molly Ringwald as Claire in The Breakfast Club (1985)

Important question: Have you figured out how to apply lipstick with your cleavage yet?

Brooke Shields as Emmeline in The Blue Lagoon (1980)

Getting shipwrecked certainly agreed with a then 14-year-old Shields. Fake her sun-kissed glow with the help of St. Tropez Express Tanning Mousse, and give your mane that mermaid-worthy texture with a salt spray like Herbivore Botanicals Sea Mist. 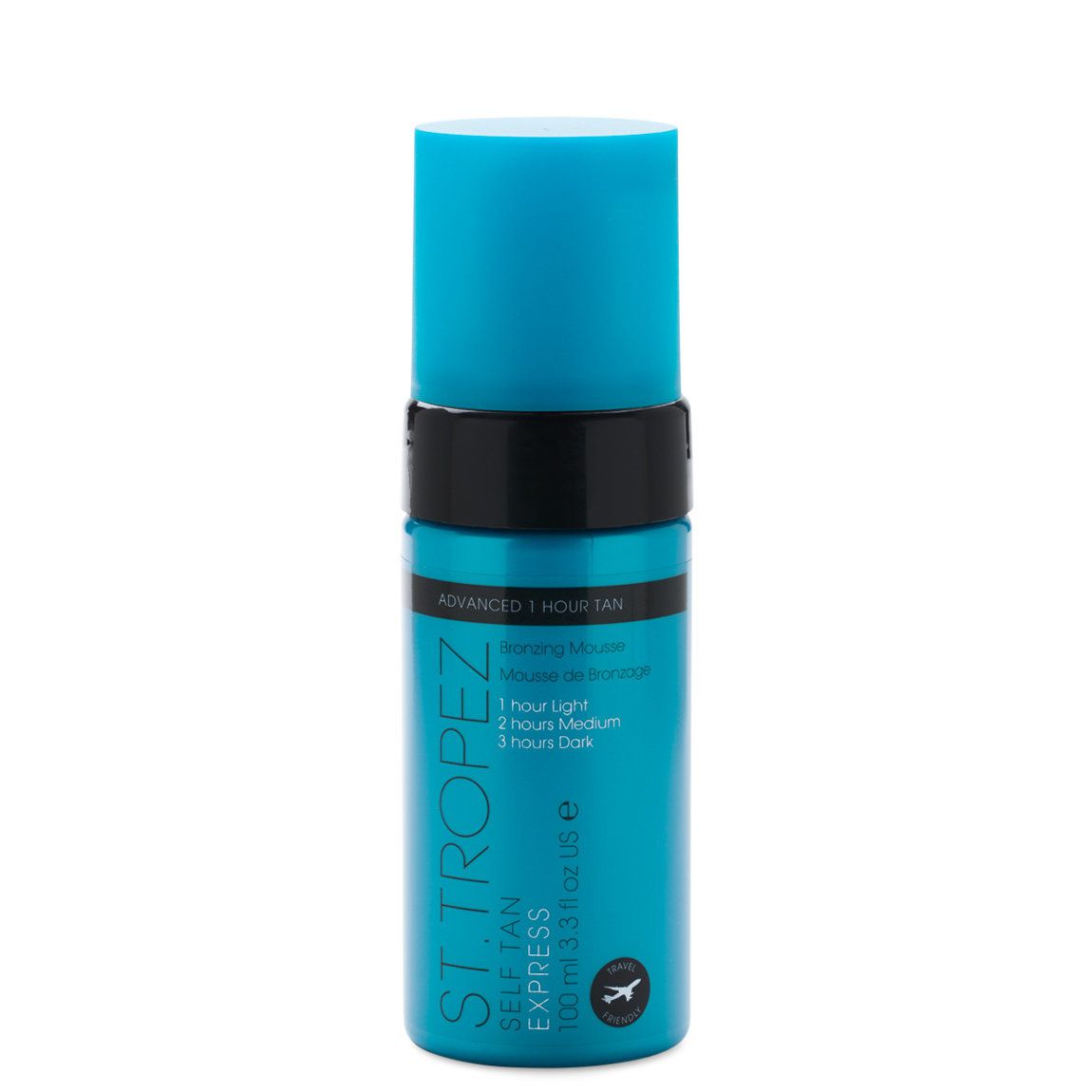 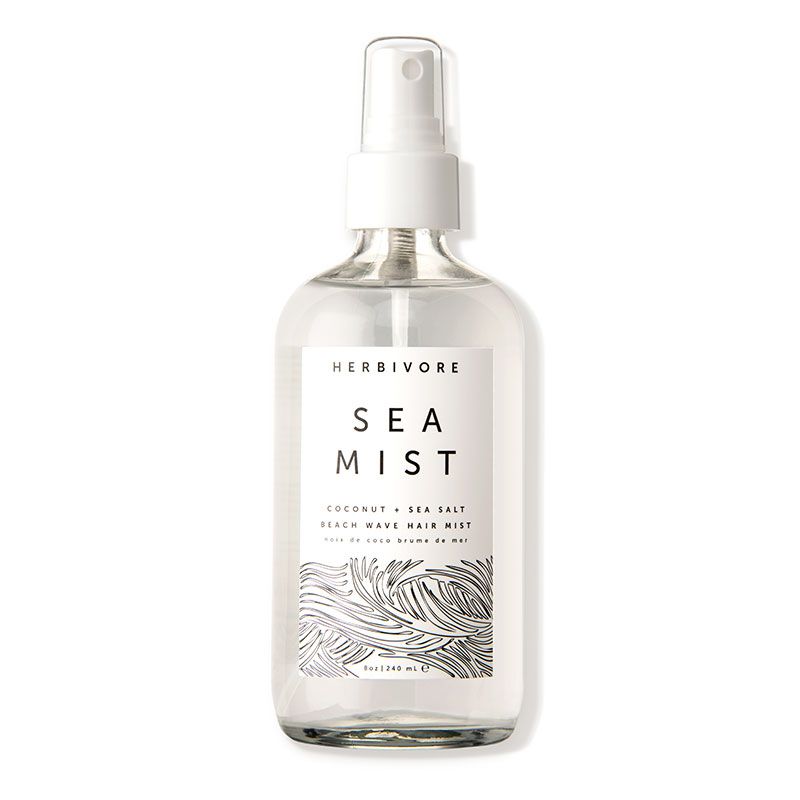 That winged eyeliner became something of Streisand's signature. This famous mod look is still an iconic eyeliner look worn today, thanks to Babs.

Michelle Pfeiffer as Elvira in Scarface (1983)

Though she was virtually unknown when she signed on for the now classic mob movie, Pfeiffer made a scene-stealing turn as the stunning but troubled Elvira. (And we're still obsessed with that haircut.)

Gwyneth Paltrow as Margot in The Royal Tenenbaums (2001)

Vivien Leigh as Scarlett O'Hara in Gone With the Wind (1939)

Scarlett O'Hara may have been spoiled, vain, and melodramatic, but she did give us a few pointers on how to beautify oneself on a budget: For example, why pay for blush when you can just pinch your cheeks?

Aside from the fact that Miller's resemblance to the original Factory Girl is uncanny, the movie revitalized Sedgewick as the ultimate '60s beauty muse—in spite of her tragic story. This eyeliner is the perfect tool to try a modern take on her signature eye makeup: 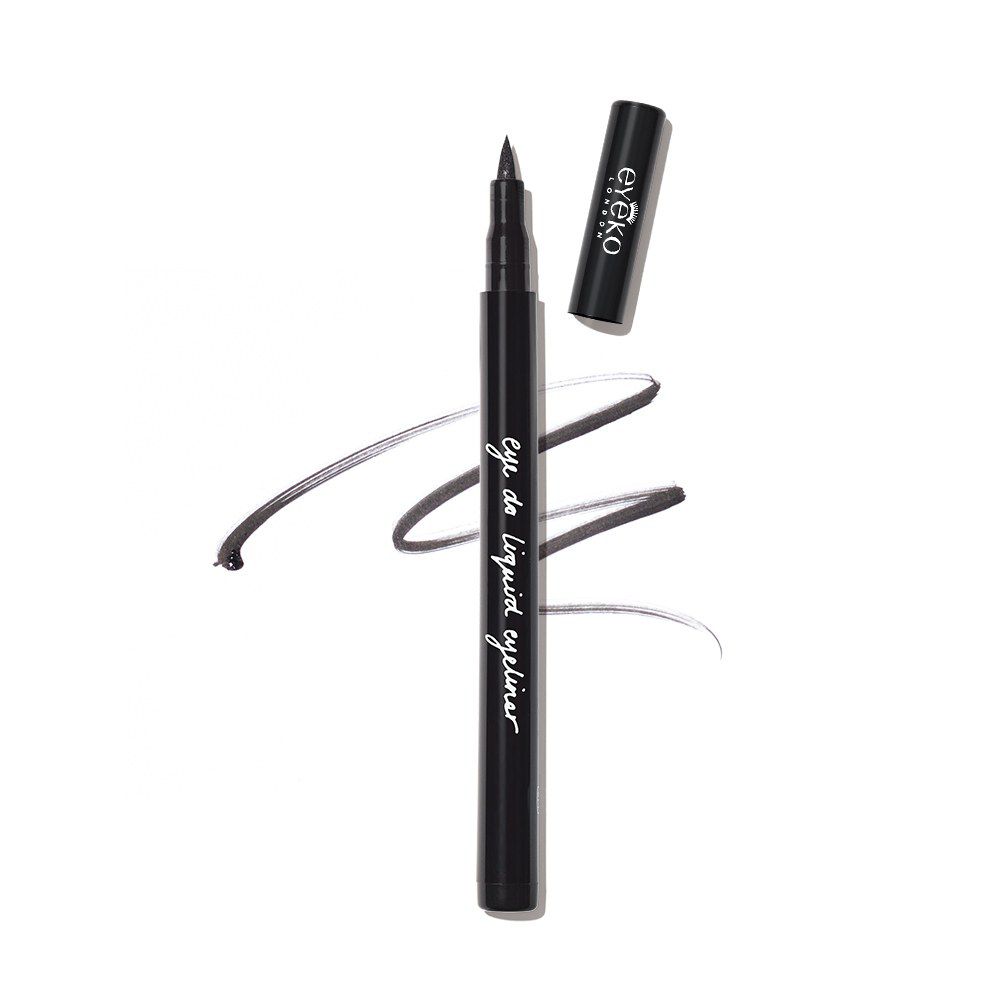 Anne Hathaway as Andy in The Devil Wears Prada (2006)

Not all of us can just stroll into a fashion closet and pick out a new designer wardrobe—But the the transformative power of blunt bangs, however, is just as dramatic—and definitely more attainable.

With her '20s-era bob, doll lashes, and unstoppable attitude, Zeta-Jones made being a vaudeville performer turned murderess look unstoppable.

We loved everything about Moore's badass buzzcut, from the fact she really shaved her entire head, and then rocked it on the red carpet. But we're sure that for the mom, the ultimate validation came when daughter Tallulah decided to shave her head years later—and even asked Moore to do the honors.

Off screen, Ross was the pinnacle of mid-'70s glamour. But this classic rags-to-riches story provided scene after scene of gorgeous inspiration. Case in point: the glossy eyelids, doll lashes, and red lip scene here, seen around the world.

The music icon stars as an endearingly eccentric '60s-era mom with a penchant for glamour—much to the chagrin of her nun-idolizing daughter (played by Winona Ryder).

Elizabeth Taylor as Cleopatra in Cleopatra (1963)

As ornate and theatrical as her makeup and hair were made to look, let's be real—what made this getup so great was that it wasn't even that much of a departure from what Taylor would typically wear off set.

After seeing Kate debut these soft gorgeous curls, it's no surprise everyone ran to the nearest salon for a perm.

Even if her starring role in Kevin Spacey's fantasies made you uncomfortable (and trust me, they did) , there's no denying that Suvari's look was anything less than memorable.

There's that phrase "letting your hair down"—or in Hepburn's case, it's chopping it off completely. Her princess character needed to rebel from her infuriatingly vanilla life, and a great pixie cut was just the way to commemorate her newly found freedom.

This stage makeup is made several times more dramatic by the fact that it marks the moment when Nina finally embraces her dark side—at least for a few seconds, before she (maybe) self-destructs. (And admit it: You've worn this getup as a Halloween costume at least once.)

It's never too late to go through a goth schoolgirl phase. Start with a vampy, '90s-inspired pout color, like this one here: 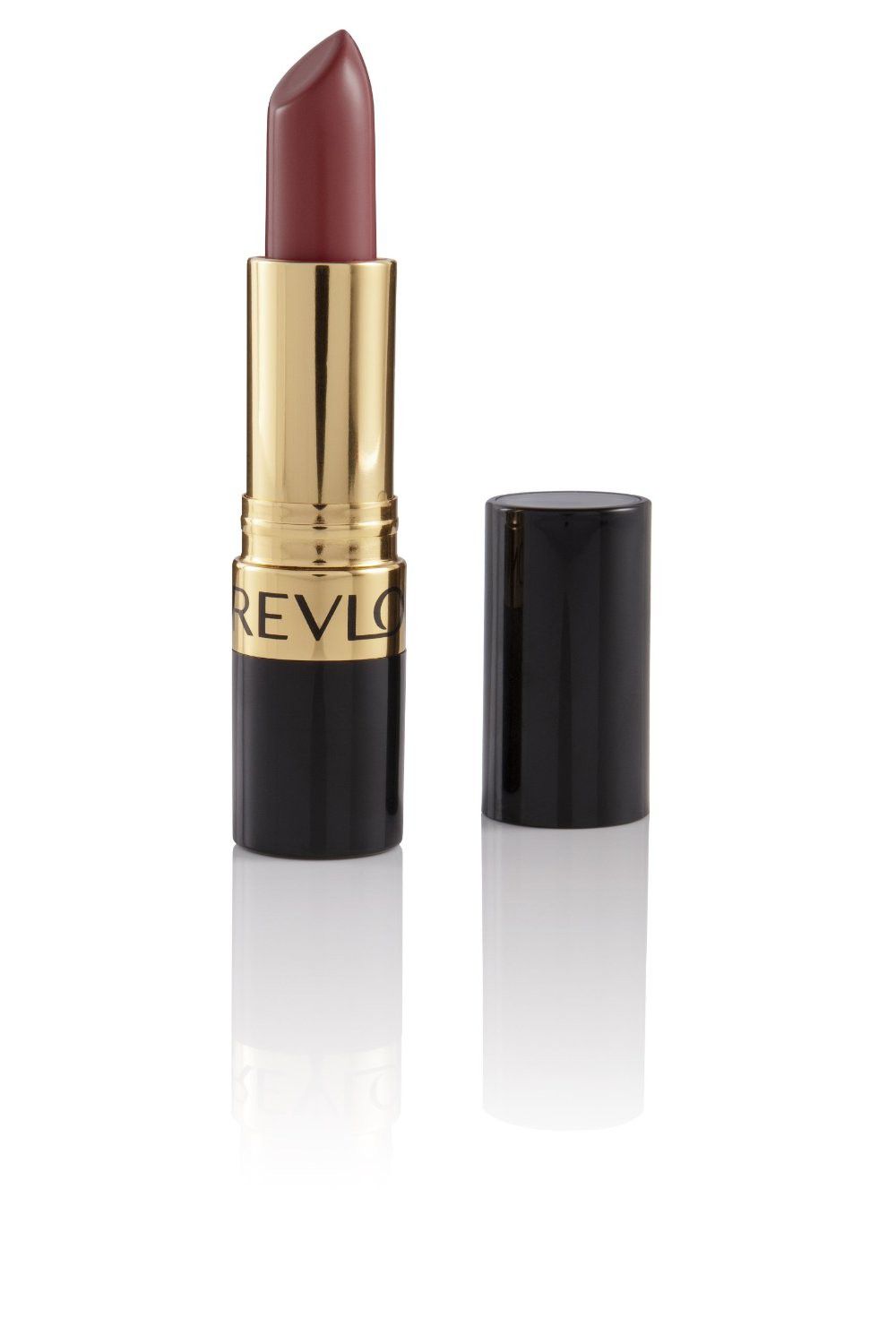