The Best Met Gala Looks of All Time 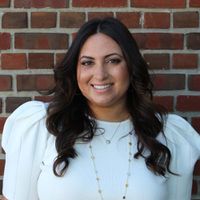 Lauren Dana
Lauren Dana Ellman is a freelance writer and editor. Her work has been published in Allure, Brides, Popsugar, Bustle, The Knot, and Elle.
Byrdie's Editorial Guidelines

The 2022 Met Gala will take place on May 2, which means the countdown is officially on. The swanky soiree-slash-charity event, which dates back to 1948, is often referred to as “fashion’s big night out” since it draws A-listers, models, and designers alike—and everyone who’s everyone comes dressed to impressed.

Each year, the event has a different theme, and dozens of celebs take advantage of the opportunity to bring their fashion A-game. (Besides, who doesn't love a good theme?) This year’s theme is In America: An Anthology of Fashion, which means you can more than likely expect attendees to don American designers (e.g. Tom Ford, Marc Jacobs, Calvin Klein, and more). In anticipation of the high-profile event, we’re traveling back in time to highlight some of the best Met Gala looks of all time.

From 1980s Cher in a sheer Bob Mackie number to Rihanna’s over-the-top canary yellow gown from 2015, read on for 17 of our all-time favorite Met Gala looks.

For 2019's camp theme, the Emily in Paris actor looked to Priscilla Presley's 1967 wedding dress for inspiration. Collins wore a ruffled white Giambattista Valli dress and paired the look with a padded headband and

Lil Nas X made his Met Gala debut in 2021 with not one, not two, but three distinct Versace outfits. He started with a regal silk cape before revealing a gold armor suit. After that, he slipped into something a bit more comfortable, albeit oh-so-stylish: A sparkly gold long-sleeved jumpsuit.

Billie Eilish’s show-stopping Oscar de la Renta gown was inspired by the black tulle dress that Marilyn Monroe wore to the 1951 Academy Awards. While Eilish’s dress was blush instead of black, the two share similar necklines, full skirts, and a fitted corset-like top.

Zendaya honored the saint Joan of Arc in a silver chain metal Atelier Versace look during the Met Gala's Heavenly Bodies: Fashion and the Catholic Imagination event. She added even more sheen to the look with Jimmy Choo heels and Tiffany & Co. jewelry.

Zoë Kravitz wore a crystal mesh Saint Laurent dress to the 2021 event, pairing it with a matching thong underneath.

For the 1985 Met Gala, Cher pulled out this Bob Mackie gown, which featured a high neckline, sparkly bodice, and sleek black skirt. Cher topped off her look with bold gold jewels.

Harry Styles is certainly not afraid to challenge or question fashion norms and traditions. In fact, the singer’s eccentric style was on full display at the 2019 Met Gala—theme: Camp: Notes on Fashion (which he co-chaired)—as he rocked the red carpet in this Gucci number. The sheer lace top featured a large bowtie, which paired perfectly with his solid black trousers. To complete the look, Styles opted for a singular pearl earring and a chunky pair of heels.

Blake Lively always had a great sense of style, and this striking Versace floor-length gown remains one of her best red carpet looks to date. The heavily beaded gown reportedly took over 600 hours to make.

Lupita Nyong'o dazzled in this glittery green gown from Calvin Klein at the 2016 Met Gala. The see-through train took her look to the next level, as did her sky-high ‘do. Since the dress is gorgeous enough to speak for itself, the actress kept the rest of her look simple yet stylish with a sleek clutch and beautiful baubles.

Cardi B's elaborate Moschino look was just as opulent as it looks. The custom gown featured 30,000 feathers and 44 carats of rubies that were valued at $250,000.

Rihanna looked like royalty in this now-iconic gown by Chinese designer Guo Pei at the 2015 Met Gala, where the theme was China: Through the Looking Glass. The yellow number weighed a whopping 55 pounds and featured a 16-foot-long train.

For 2021's In America theme, Saweetie honored her Black and Filipino roots with a custom Christian Cowan dress that featured a forked crystal train with both the Black American heritage flag and the flag of the Philippines.

Serena Williams was the queen of high-low fashion at the 2019 Met Gala. The tennis star wore a neon yellow Versace gown with a coordinating pair of Volt Off-White x Air Force 1 sneakers.

Princess Diana attended the Met Gala only once, in 1996, but she delivered a look that's been remembered for decades. The royal wore a navy blue slip dress from John Galliano, who was then designing at Dior, and paired it with two of her style signatures: Her pearl and sapphire choker necklace and a navy blue Lady Dior handbag.