11 Lash Growth Serums That Actually Live Up to Their Claims

written by
Melanie Rud
Melanie Rud is a beauty editor and expert with over a decade of experience in the industry writing for various national and regional publications.
Byrdie's Editorial Guidelines
Melanie Rud

The seemingly universal desire for longer, more lush lashes is nothing new. Women first started applying, wait for it, beads of wax as an early form of mascara in 1910; there’s also evidence that the ancient Egyptians attempted to emphasize lashes as far back as 4000 BC. Point being, it’s safe to say that women always have, and always will, want longer lashes.

There are of course now plenty of mascaras out there that can deliver such, as well as the option of falsies and eyelash extensions. But if those just aren’t doing it for you, you may want to consider a lash growth serum. To be fair, calling them ‘growth’ serums is a little misleading. There are very few ingredients that will actually stimulate new growth—bimatoprost, the active ingredient in prescription-only Latisse, and prostaglandins are two common ones. While some OTC products used to contain these (and as such had impressive results) a recent crackdown by the FDA has caused many brands to reformulate without them.

But that doesn’t mean that the various options out there are ineffective. Most rely on a long list of moisturizing ingredients and/or follicle-stimulating peptides to leave your lashes stronger and more conditioned—and subsequently looking darker and more dramatic. They’re ideal whether you simply want your lashes to really start to pop, or are trying to rehab them after they’ve taken a beating.

Start with any one of the below, the best lash growth serums out there.

Buy on Amazon Buy on Sephora Buy on Ulta

A cult-favorite with a long list of devoted fans, both Jas Imani, a lash expert in New York City, and Byrdie Email Editor Karli Bendlin rave about this pick, with Imani calling it, “tried and true.” A combo of vitamins, antioxidants, and amino acids work to leave lashes longer and thicker. Skeptical? Try the trial-size, a six-week supply that delivers initial results. (The standard size contains three months-worth, the recommended time to see full results.)

Buy on Amazon Buy on Walmart

Biotin, castor oil, and peptides are the stars of the show in this multi-tasking serum, which has the added benefit of working well on both brows and lashes. It’s hypoallergenic and dermatologist-tested, and vegan and cruelty-free, too. Use it daily for at least two months for the best results.

These 10 Volumizing Mascaras Are the Best By Far—Trust 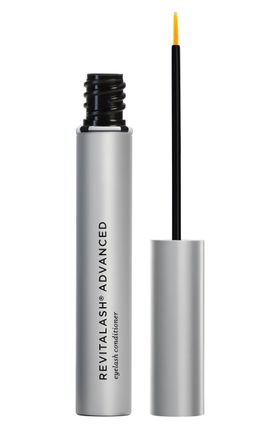 Buy on Nordstrom Buy on Dermstore

You use a conditioner for the hair on your head, and your lashes are no different. True to the name, this one delivers plenty of conditioning benefits, while also preventing breaking and brittleness, keeping them soft, supple, and strong. In fact, in a six-week consumer study, 98% of participants said their lashes were stronger and looked better overall. 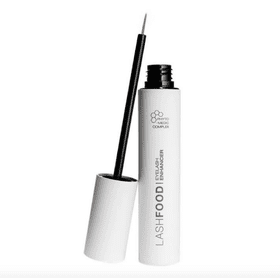 Those looking for a cleaner option will appreciate that this choice is free of a litany of chemicals, so much so that it’s even Ecocert certified. It relies on medicinal herbs to reinforce lashes, plus strengthening soy protein, as well as soothing lavender water to minimize irritation. It’s another one of Imani’s go-to's. “You need to be patient because it works slowly, but this is a lash serum I’d recommend for everyone since it’s so nutrient-rich. I’ve seen it make lashes thicker,” she tells us.

Buy on Amazon Buy on Lilash.com

Irritation around the eyes is the most common potential side effect with any type of these serums. If your skin and eyes are on the sensitive side, consider this one. It’s physician-developed and ophthalmologist-tested to be non-irritating on sensitive eyes (and even okay for contact lens wearers.) Satisfied shoppers—it consistently pulls in top rankings—agree, repeatedly noting that it works without causing irritation. 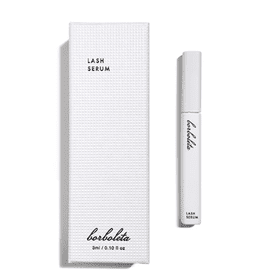 As a general rule of thumb, you’ll have to use any type of lash serum (or brow serum, for that matter) diligently for a few months if you want to see results. In other words, they’re not a quick fix. That being said, this one works faster than others. “This is the one I’m currently using and I’ve seen major growth within just a few weeks,” says Imani. According to the brand, you’ll see the maximum results in just eight weeks, much faster than the claims of many other comparable products.

Buy on Amazon Buy on Dermstore

If you want to both improve the condition of your current lashes and help protect them from future damage, swipe on this serum. Pumpkin seed extract makes for fuller-looking, more voluminous lashes (who knew), and it also contains peptides and sodium hyaluronate to protect and strengthen them. It’s an especially good choice if your lashes are sparse or brittle. 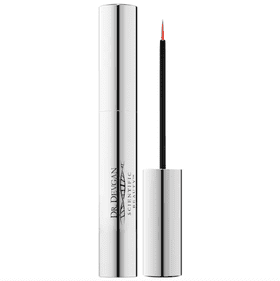 This one is a bit on the pricier side, but Imani has personally used this option and can vouch for the legit results: “My lashes grew out longer after about three months,” she says. Vitamin B5 conditions the hairs, while peptides and clover extract support the follicle. It’s a fan-fave on Sephora too, with reviewers raving about how well it works, and with minimal irritation at that. 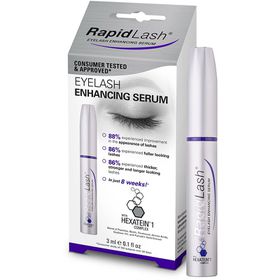 The proprietary active ingredient complex in this formula relies on a laundry list of good-for-your lashes ingredients. We’re talking strengthening peptides, growth-supporting biotin, conditioning panthenol, vitamin-rich pumpkin seed extract, and soybean oil to make your lashes look extra lush. Plus, it works equally well on brows, so you get even more bang for your buck.

These Are Not Your Average Brow Products—They're Way Better 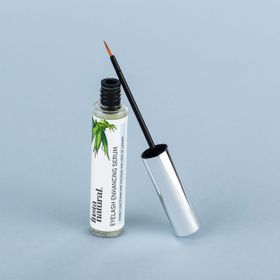 Buy on Iherb.com Buy on Instanatural.com

Lash serums can be pricey, and understandably perhaps not a category where people are immediately ready to shell out the big bucks. That’s largely why we appreciate this wallet-friendly version. It helps promote a healthy hair growth cycle so that your lashes can both get longer and thicker with continued use. And it’s vegan and cruelty-free, too. 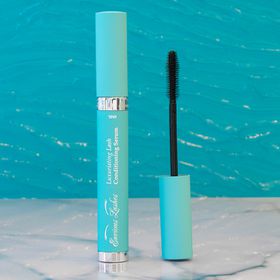 This serum was created by lash expert Clementina Richardson, whom beauty editors and celebs alike flock to for all kinds of lash needs. She’s known for her amazing extensions, so it’s no surprise that this formula is meant to be used with extensions. The botanical-based formula will keep your natural hair strong and healthy, minimizing the wear and tear extensions can admittedly have. We also appreciate the mascara wand-like applicator, which makes it easy to coat every lash.

Byrdie contributor Melanie Rud has over a decade of experience in the beauty industry, writing for some of the biggest magazines and websites out there. She was “blessed” with puny, short, blonde lashes—and can’t get lash extensions because she’s allergic to the glue. Instead, she tries every and any mascara she can find, and rotates through lash serums, too, including most of the ones on this list.

Jas Imani is a New York City-based lash and brow expert. She’s known for her incredible lash lifts, and often recommends (and uses) lash serums as part of a routine for maintaining beautiful, healthy lashes.