This Is What Happens When You Don't Shampoo (See the Pictures!)

Shampoo and I don’t really get along. If it was the stereotypical distant-but-occasionally-sensitive guy, I’m the desperate girl always coming back, hoping it’ll lead to something more. But unlike a Kate Hudson rom-com, in my case, it never does. My hair—which is naturally super-dry on the ends, but oily at the roots—always looks sad, frizzy, and lifeless after each new romp. Cue the sad soundtrack. Over time, I’ve come to just prolong the inevitable cleansing for as long as possible, and actually now prefer second (or third…or, fine, fourth) day hair—slightly unkempt, with enough wave and texture to mask the fact you couldn’t run your fingers through my strands if you tried. Dry shampoo is my savior, my rock, my ride-or-die girl—who needs men, er, normal shampoo?

Thus, when a bottle of Purely Perfect Cleansing Crème ($40) landed on my desk, I was intrigued. A cream…that cleanses? A cleansing…cream? It sounded wondrous and mysterious, and too good to be true. I immediately took the bottle home, and self-imposed a 30-day rule (totally normal behavior) where all I would use is this minty, fragrant-smelling product on my ornery strands. And now, at the end of the 30 days, here I am: alive, well, hair intact, and with lots of thoughts. Keep scrolling to read my review and hear from the creator of the line, Michael Gordon!

First, a little background. This blue-bottled product isn’t the brainchild of a hippy-dippy type smoking something out of a pipe and going, “Dude…what if shampoo…wasn’t shampoo?” Rather, it’s the creation of Michael Gordon, one of the founders of a little hair care line you may have heard of called Bumble & Bumble. As someone who built an empire that offers all types of shampoos targeted towards different hair concerns, it might be surprising that he would do a complete 180 and launch a new line that features just one do-it-all product. To get a little background, I jumped on the phone with Gordon himself and asked him, well, why?

“The eternal question is—is shampoo good for your hair?” Gordon asks. “That question has been thrown around for years. It’s been in my head for at least 15 to 20 years, until finally I thought I could try something that’s a better option. It wasn’t my original intention for it to be that polarizing…honestly, I didn’t realize it would work so well.” He explains that it was a “slowly exploding idea” that took hold, mainly because the product seemed to be working better than anyone expected—his original team all reported that after using the prototype, their hair seemed so much healthier, the color wasn’t coming out, and it felt thicker, softer, and stronger.

Unlike traditional shampoos, Purely Perfect’s Cleansing Crème doesn’t contain detergents like sodium lauryl sufate. “These detergents clean your hair, but they overly clean your hair,” he says. “For this product, it’s a bit of an oil attracting oil thing—the oils in the cleansing cream attracts other oils in your scalp and lifts them out.” Aloe, known for its soothing properties, is one of the first ingredients listed, along with rose essence and extracts, evening primrose oil, sunflower seed oil, rose Damascus flower oil, and more. “My favorite example is, you wouldn’t take your cashmere sweater and throw it in hot water with harsh detergent, and not expect it to shrink and grow hard,” Gordon says. “Same mindset applies to your hair—use cool water, and rinse it gently.”

I was told to not expect any lather when using the product, but it was still a strange feeling to massage it through my hair without a single satisfying bubble. The fragrant, aromatic smell, however, made up for it. I can see why it might be alienating—it’s minty, with a strong herbal/floral undertone—but I much prefer it to any of the cloying fragrances in other traditional shampoos. It even smells gentler, if you can imagine that. Since it doesn’t lather, it’s a bit difficult to ensure you’re really coating all of your strands with the product, which is why Gordon says you can spread it through your strands with a wide-toothed comb to ensure an even application. Upon rinsing it out, I was excited to find that my wet strands felt silky-soft, the way they usually do after I use conditioner. Could it be that this mild product can really cleanse and condition in one go?

To put it simply—yes, but with some caveats. My hair did feel much less parched than it would have with a traditional shampoo, but throughout my 30- day experiment, it didn’t always feel as clean as I would have liked. Gordon says you can’t expect your hair to feel “squeaky-clean” when using this product—it just isn’t necessary—but rather, the Cleansing Crème cleans just the right amount. And yet, some days, I would struggle with build-up even after cleansing, especially at the back of my head near the roots. I asked Gordon about this, and he suggested the rinse and repeat method, since “you can’t dry your hair out, and there’s no negative response.” This piece of advice actually helped a lot—my hair felt much cleaner after I started doing this. (But then again, I couldn’t help but wonder if this kind of cancelled out one of the selling points of the product, which is to simplify your routine.)

Next, texture. My hair texture is naturally rough and has a slight wave. If I left my hair air-dry, it would be a frizzy poof-ball with a bend right in the middle. Thus, I tame it by braiding it when it’s halfway dried, then undoing the braid and roughing up it up with my fingers (lazy girl waves, FTW). The result is pretty much what you see in the above pictures. After using the Cleansing Crème, my hair didn’t necessarily feel noticeably softer, but it did feel more…bare, if that makes sense. It wasn’t silky-smooth, or necessarily lustrous, but it felt like my hair—instead of an artificially smoothed and coated version of my hair. And it definitely felt stronger, and healthier—my poof-ball was considerably smoother, but the texture was still there.

And finally, color. Gordon mentioned earlier that the product is supposed to keep your color longer, but I did get the distinct feeling my lightened strands were getting lighter and lighter, with faintly orange-ish undertones. I know this is a unique plight—not everyone using this product will be a brunette Asian woman with lightened hair (aka breeding ground for brassiness), but I would cite this as the one main reason why I’d need to switch to another product every other week or so—namely, a toning one.

So, has this product replaced the embarrassingly large amount of shampoos and conditioners in my shower? Mostly, but to an extent—that extent being maintaining my hair color. For the most part, I love the way this product makes my hair feel, and, more importantly, I love knowing that I’m not stripping my scalp, then loading it up again with heavy silicones and smoothing ingredients. I’ve managed to cut back on my previous shampoos and conditioners, but do feel the need to use a toning shampoo and conditioner once a week to keep my hair away from brassy, orange-tinged territory. But that’s a small price to pay, knowing I'm using a gentle-enough product that treats my hair the way it deserves (insert rom-com reference here), and has whittled my extensive shampoo-conditioner collection down to just one.

In the end, that's what Gordon wants too. “I think, honestly, people five years from now, they’re going to go, ‘Remember when we used shampoo?’” he says. “People are not dumb. If they’re standing in a salon or a drugstore and they see fifty shampoos and conditioners, eventually, they’ll say to themselves, ‘There cannot possibly be a difference between all of them.’ We just decided to do the foolish thing and make one product, instead of fifteen different ones.” Foolish now, perhaps—but years down the line when shampoo and conditioners are a thing of the past, I’m guessing people would call it something completely different. 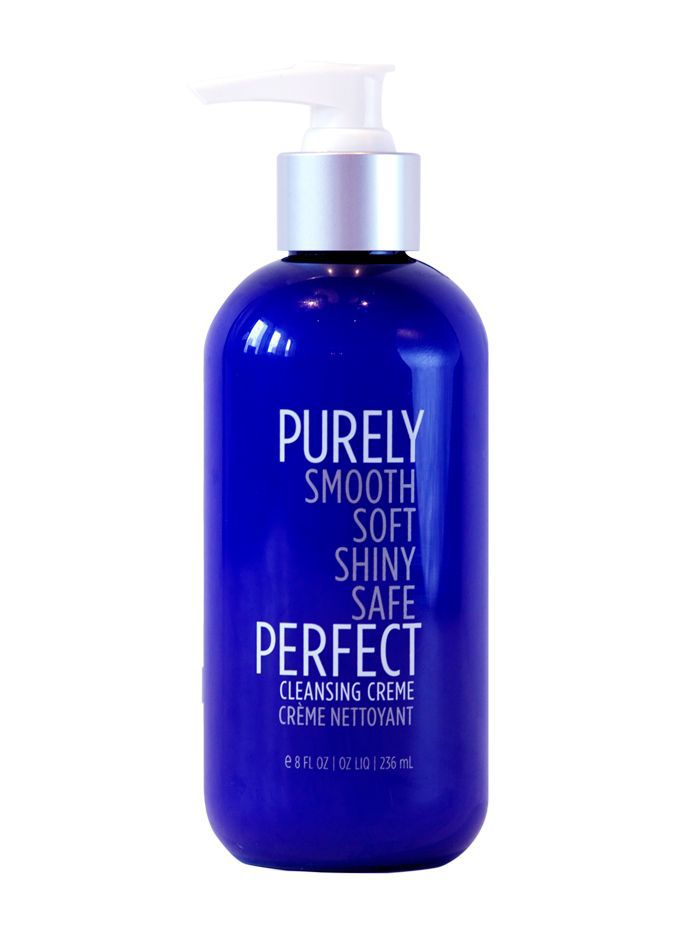