Victoria Hoff
Victoria channeled her editorial skills into a career in content marketing and brand strategy. She is a former wellness editor for Byrdie and held beauty and wellness editorial positions at ELLE, The/Thirty, and more.
Byrdie's Editorial Guidelines
Reviewed by
Ashley Rebecca

As vast and wonderful as the beauty world has become, one of the pitfalls of having so many products available to us on the global marketplace is that it becomes increasingly difficult to separate the good from the great, the great from the phenomenal. It's not the worst problem to have, but it can certainly be a little overwhelming.

But while hive mind can be faulty at times, the general rule is that if a product has an avid, devoted fanbase—or, better yet, has become a household name—it's probably pretty stellar. And there are those select few superstars that have managed to maintain this cult-classic status for years and years—which is pretty remarkable, considering the research, technology, and ingredients that have become so readily available since they first hit the market.

More remarkable still (and perhaps to further emphasize that point): Of all the standout items we compiled here—some originating more than 60 years back—only one is no longer available. One! They're all that good and that beloved.

So take a look back with us at the beauty world's biggest fan favorites throughout the years. Your beauty history lesson begins below.

With icons like Elizabeth Taylor, Grace Kelly, Audrey Hepburn, and Marilyn Monroe in their heyday, it's only natural that women everywhere wanted a piece of Hollywood royalty—even if it was just the same color of lipstick. 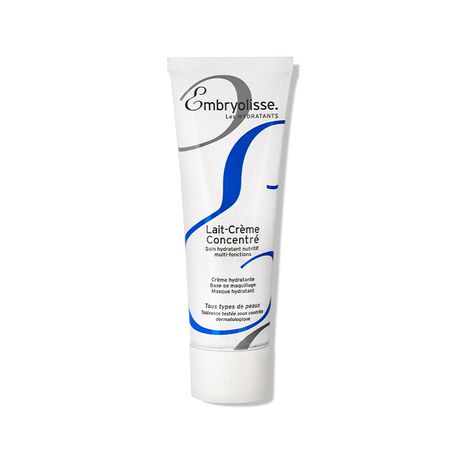 You'd be hard-pressed to find a makeup guru now who doesn't sing the praises of this emollient cream. A staple for such famous faces as screen siren Ingrid Bergman, the iconic Jane Birkin, and modern muse Karlie Kloss, it makes a great base for makeup and also provides the perfect dewy finish when dabbed on top. 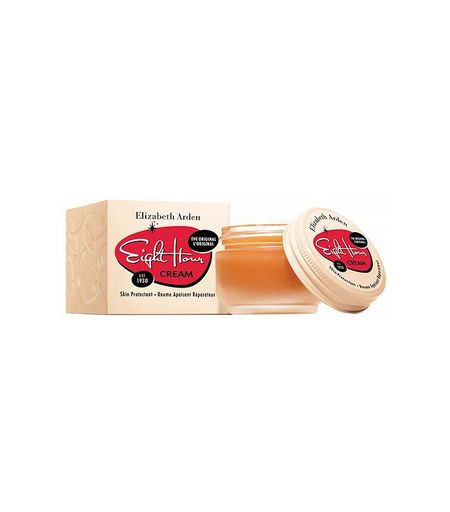 Another red carpet powerhouse, Elizabeth Arden's Eight Hour Cream technically debuted in 1930, but Marilyn Monroe's love for the product sealed its popularity in the years that followed. Makeup artists today still swear by the stuff, mixing it with foundation to get that perfect dewy finish.

Revlon Lipstick in Ravish Me Red 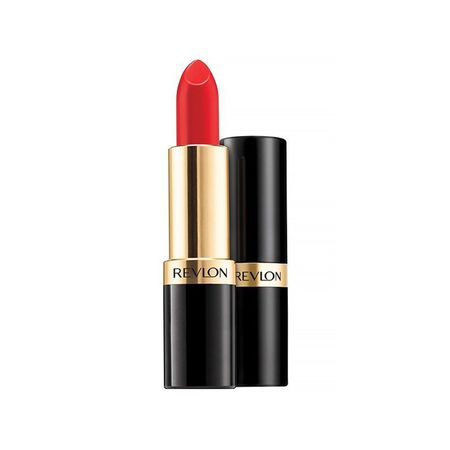 Revlon released a variety of scarlet lipstick shades throughout the '50s, and thanks to the vanity-ready gold tubes and celeb endorsers (including—you guessed it—Monroe), women clamored to collect them all. (Not much has changed.) 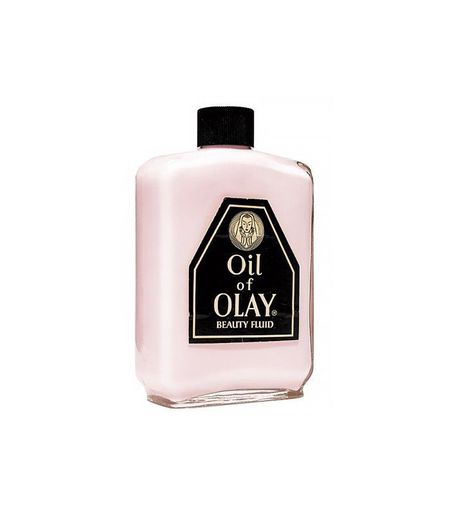 Launched in 1952, Oil of Olay's signature formula quickly became a skincare staple across the globe—even though no one was really quite sure what it did. (That was purposeful marketing, since the founder of the brand wanted it to be perceived as a miracle "beauty fluid.") The brand has since dropped the "Oil of" and expanded to a decidedly more transparent collection of products. 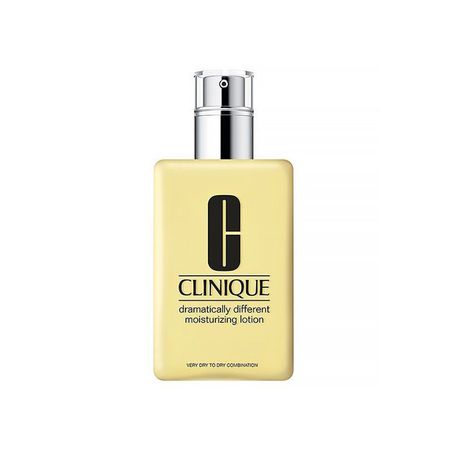 True story: Clinique came about as the brainchild of a Vogue editor, Estée Lauder's daughter, Evelyn, and a dermatologist in 1968. Their simple but effective moisturizer was one of their first products, and it's safe to say it's been a lasting success: A bottle is reportedly sold every five seconds, according to the brand. In 2013, the brand rolled out a new formulation, this one fortified with hyaluronic acid. 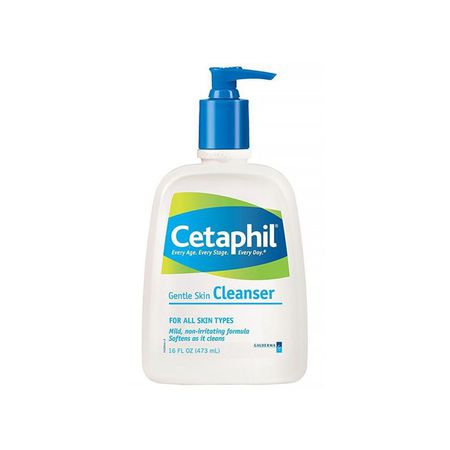 Launched in 1947, the OG cleanser was a sleeper hit that started to gain popularity in the '60s thanks to endorsements from dermatologists. (By the '80s, it was the fast-selling staple that it is today.) 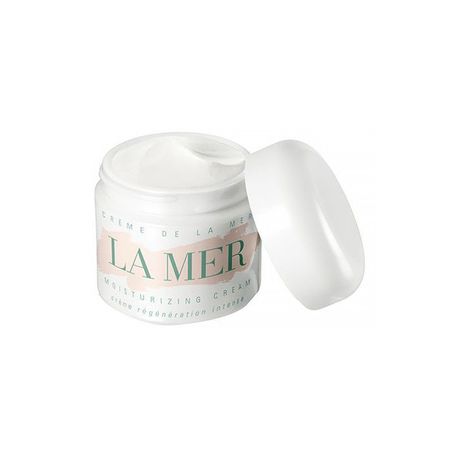 It's hard to imagine a world where every beautiful celebrity didn't credit their agelessness to La Mer's luxurious formula, but this fountain of youth wasn't around before the 1960s. 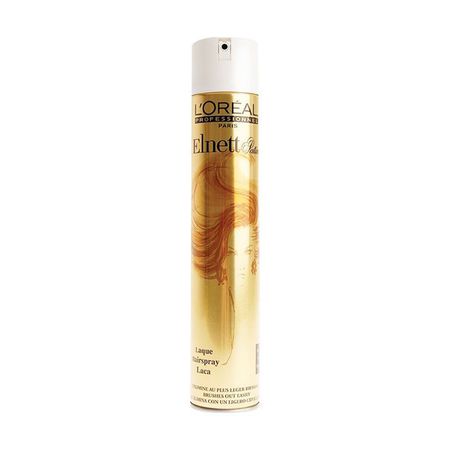 A sculpted, gravity-defying coif was the trademark 'do of the decade, and women relied on Elnett to keep every hair in place. (They still do—though maybe not so heavy-handedly.) 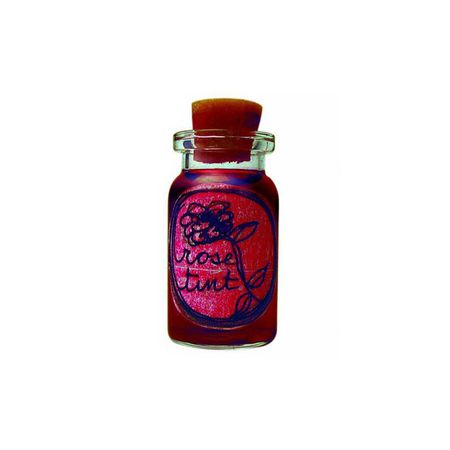 We doubt this looks familiar, but you might be surprised to learn that this was the first iteration of Benefit's Benetint. And the revelations don't stop there: The multitasking cheek and lip stain was actually first created for an exotic dancer. 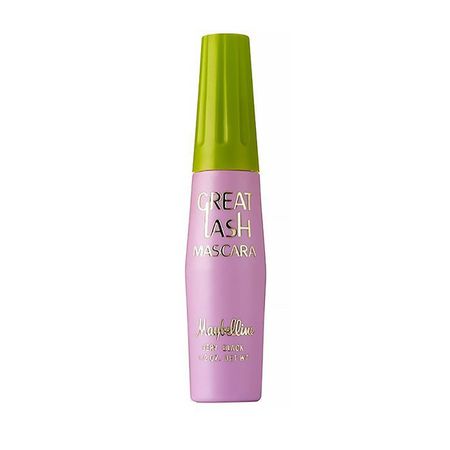 The bottle has changed, but that telltale color combo certainly hasn't: That's the first version of Great Lash mascara, launched in 1971. We don't need to tell you that the rest is history, because you probably have a tube sitting in your makeup bag, right? 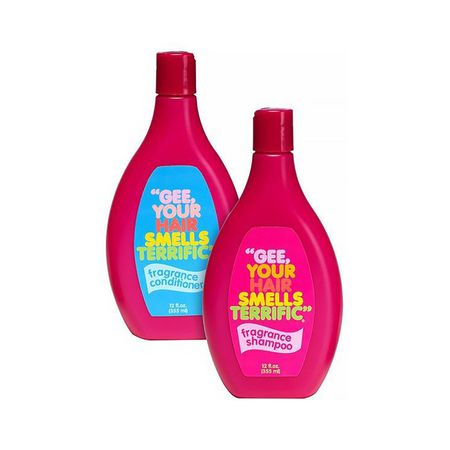 The name says it all: The mother of one Byrdie editor claims that this floral shampoo smelled so delicious it brought all the boys to the yard. It disappeared by the '90s, but the public outcry was so strong that retro supermarket Vermont Country Store brought it back. 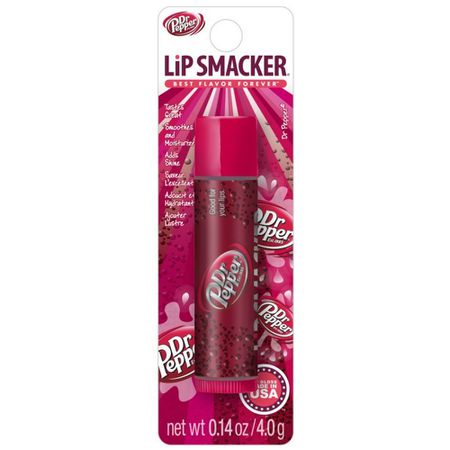 Bonne Belle gave us the gift of soda-flavored lip balm, and suddenly everything had to smell like a dessert. (This tube remains one of the select few products that actually pulls it off.) 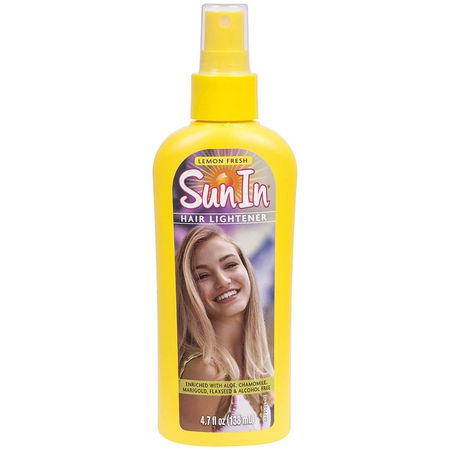 Ah, the era when blonde-seeking teens began to accidentally dye their hair orange. The rite of passage lives on.

Thanks to a successful ad campaign featuring a French-accented jingle, this self-tanner (one of the very first) surged in popularity in the '80s. 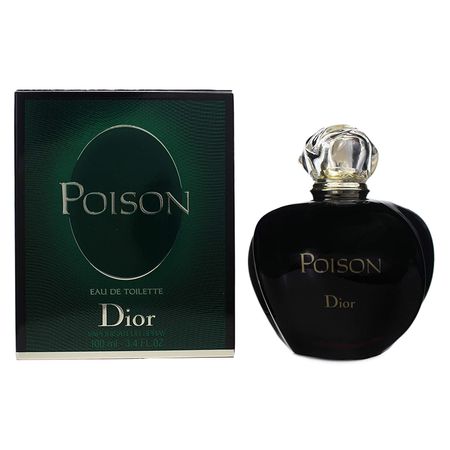 This hypnotic, heady blend of coriander, tuberose, and opoponax remains a seductive option for date night. 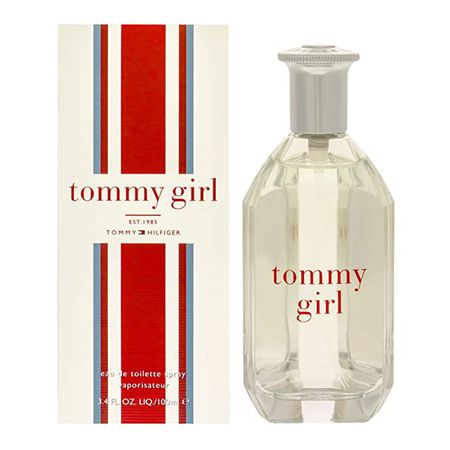 Tommy Hilfiger hit its logo-mania peak (with the help of Aaliyah) circa 1996, the same year this light and energetic fragrance made its debut. (PS: We could watch this ad on loop for hours.) 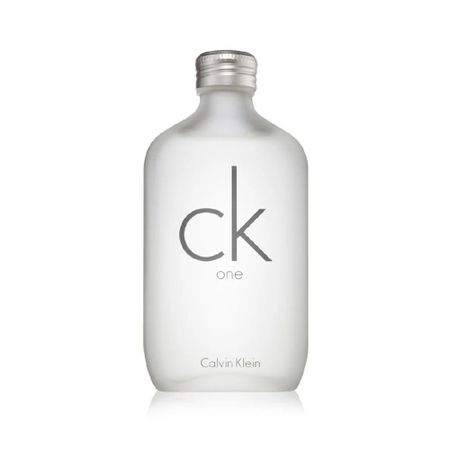 But if Tommy didn't do it for you, chances are nothing came between you and your Calvins… or your CK One, at the very least. (Another must-see commercial, featuring a very young Kate Moss.) 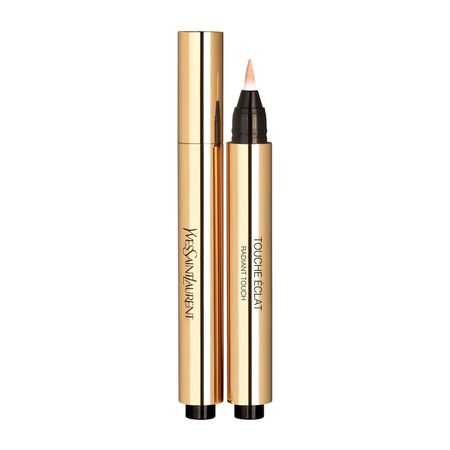 Makeup kits changed forever when this highlighting pen came on the scene in 1992. Touche Éclat's ability to oh so subtly sculpt bone structure, blur imperfections, and create a lit-from-within glow is still so impressive that there are claims a tube is sold every 10 seconds. 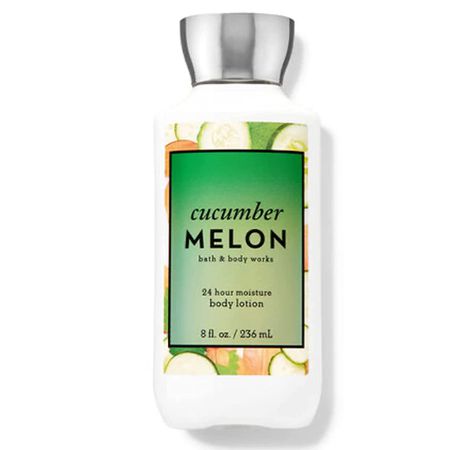 The romance might have begun during afternoons at the mall (sniff-testing everything that Bath & Body Works had in stock), but Cucumber Melon remains one of the store's most beloved fragrances for women of all ages. 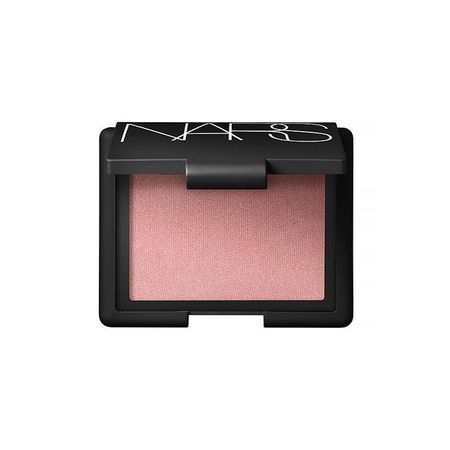 It technically launched in 1999, but the universal appeal of Nars's Orgasm blush made it a staple of the next decade—and beyond. (The brand has since built a collection around the shade.) 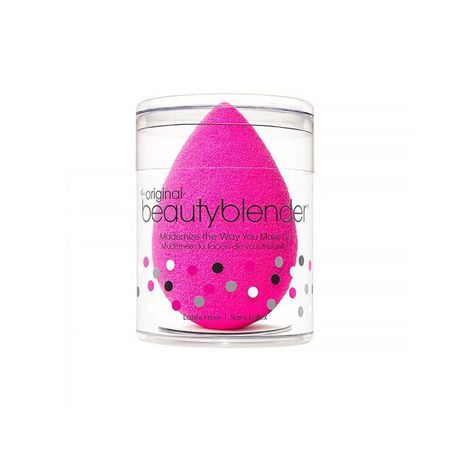 Our foundation technique changed forever (for the so much better) when Rea Ann Silva introduced this smartly shaped sponge in 2003. 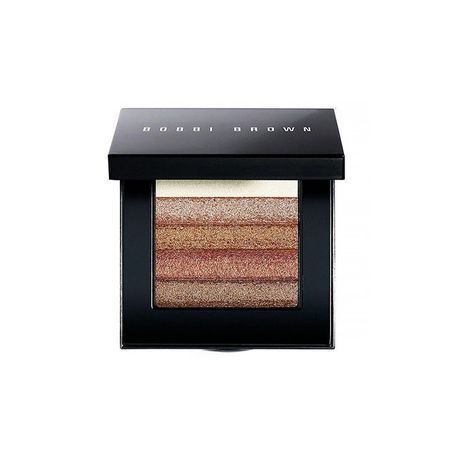 Predating the contouring craze that would arrive a few years later, Bobbi Brown's Shimmer Brick made sculpting and bronzing more accessible than ever...and it's just so pretty. 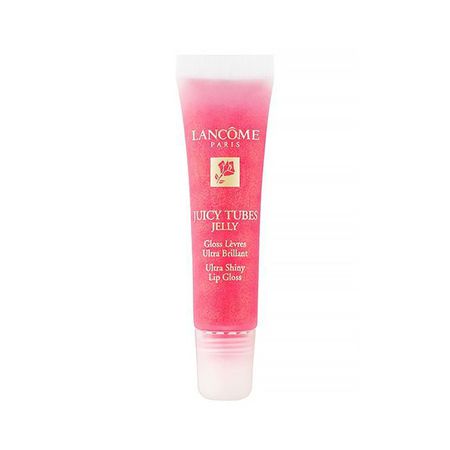 Our focus has always been on that rainbow of colors, but did you know that Juicy Tubes were the first-ever tube lip gloss when they hit the market in 2000? 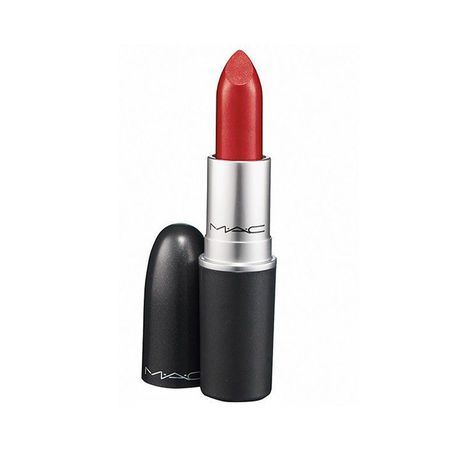 A long-lasting red that flatters all skin tones (and makes teeth look whiter to boot) was obviously destined for stardom. Ruby Woo, we love you. 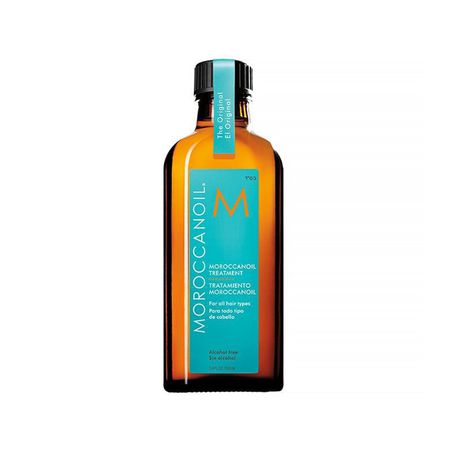 This year marks Moroccanoil's 10th anniversary—though it's pretty hard to believe that this frizz-fighting game-changer has only been around for a decade since it arguably put hair and body oils back on the beauty trend map. (Psst: Try using it on your skin.) 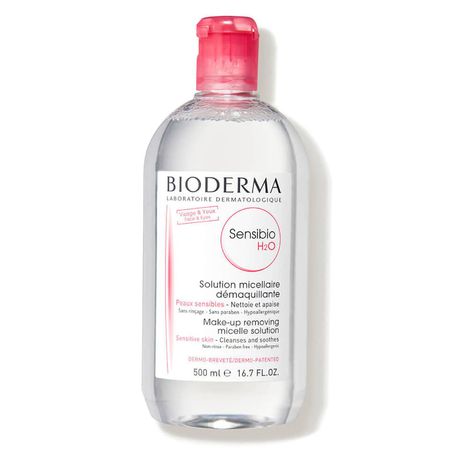 We're not exaggerating when we say that editors used to hoard bottles of Bioderma after trips to Paris—the gentle water-based cleanser is that good. Thanks to e-commerce, now we can all adopt the French drugstore staple.

Niche brand? Check. Gorgeous, photo-ready packaging? Check. Effective formula? Check. If there's a perfect storm for gaining cult status, this is it. (Though Linda Rodin definitely didn't know her body oil would be such a hit when she formulated it for herself.) Why this oil was officially discontinued in early 2021, we'll never know. 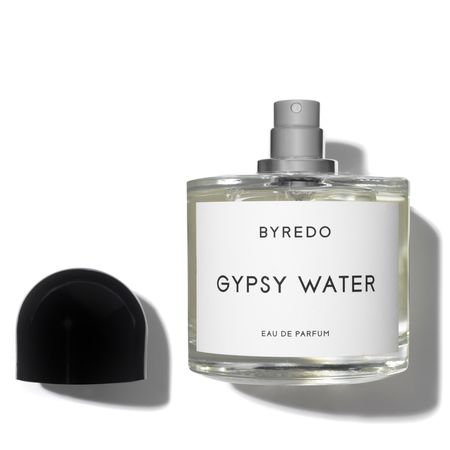 Byredo has rolled out hit after hit since Ben Gorham founded the brand in Sweden in 2006. Featuring minimalist packaging, poetic names (like the wildly popular Gypsy Water), and distinctly beautiful, complex, and sometimes polarizing scents, the brand has yet to leave us feeling unimpressed. (Its avid fanbase would probably agree.) 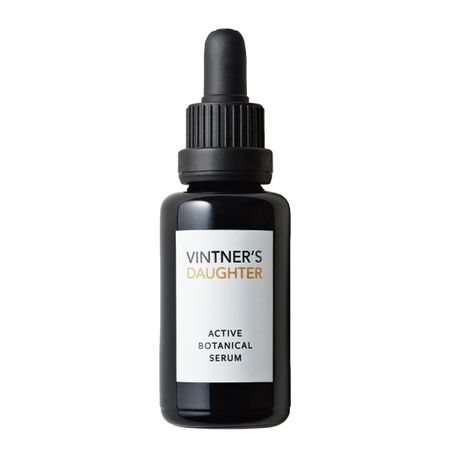 We're practicing a little foresight here since this miracle serum only just arrived on the scene a few years ago. But its rise to success has been fast and furious—and the story behind it is both fascinating and the very essence of the artisanal beauty movement that's still in full force here in the U.S.

The short version: April Gargiulo, looking for a natural solution for her acne-prone skin, recruited some smart friends in the biz to help her concoct the ultimate botanical solution. In just a matter of months, she had beauty editors declaring her final formula "the face oil to end all face oils."