5 of the Best Clear Lip Glosses, According to a Lip Gloss Skeptic

Flag me if I'm wrong, but if I had to presume, I would say that we all have at least one type of beauty product that has the power to send us into a convulsive fit of drool—a weakness if you will. Me? Well I have I have three: mascara, blush and highlight (I categorize them as one), and lip gloss. But here's the catch, unlike the two former (which I wear and layer with abandon), I can't stand to wear the latter. Confession: I have a love affair with the way lip gloss looks (but aside from one), I've never had the stamina to wear it for more than three minutes. So naturally, I decided to try all of my co-workers' favorites. Clear lip glosses: eight, skeptical testers (aka me): one.

Previously, my biggest qualms with gloss have been related to texture, shine, and overall durability. My favorite tubes of yesteryear (because I'm a '90s baby and did douse my lips with stuff for the entirety of junior high) left my lips dry, chapped, and enrobed in unmoving bits of glitter. It wasn't cute in 2006, and it's certainly not cute now. And then, of course, there's the hair factor. Namely, I don't want it in my mouth, let alone stuck to my mouth. Case closed.

However, it's part of my job to pore over images of gloss-adorned models and celebrities and test and review adorably enticing products—tough life, I know. And as ironic as it may seem, lusciously glossy pouts and tubes are a few of my favorite things to ogle. So, I thought to myself, Why not give this another shot? Surely my lip-blessed co-workers know what they're doing, and if they swear by a lip gloss, it has to be great. (A scientific hypothesis, I know.)

Thus, here I am two weeks later writing about the five best clear lip glosses and five, yes five, that have now earned irreplaceable spots inside my makeup bag. Don't get me wrong—each of the eight products my co-workers recommended was fabulous. But seeing as I'm touchy on the subject, it was inevitable that a few would land in the discard pile. Curious to see which clear lip glosses I thought were the best? Keep scrolling. 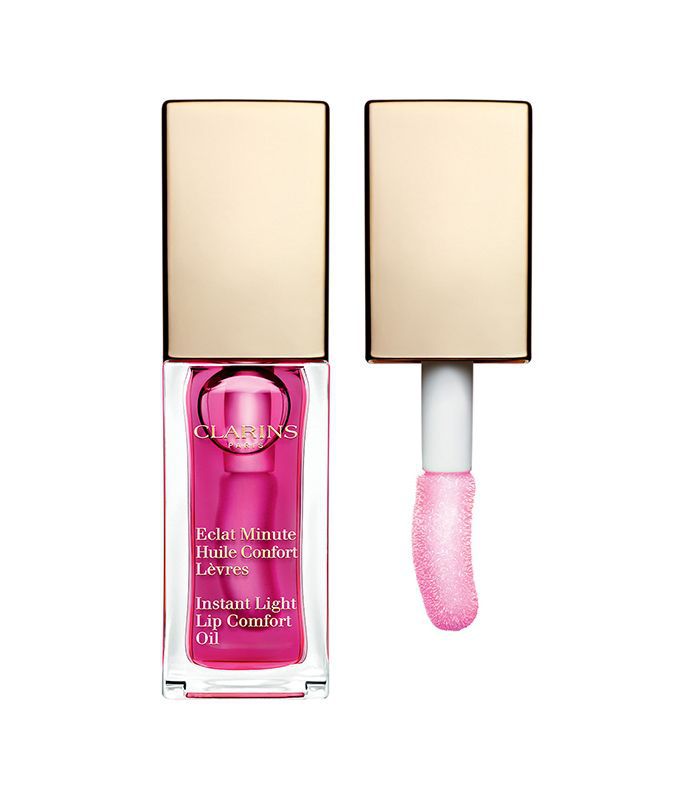 My review: Despite my overarching skepticism for any and all glosses, I've heard our editorial director Faith Xue talk about this gloss more times than I count. Fun fact: She's formerly a fellow gloss hater as well, and this gloss (in raspberry!) is the very formula that converted her. So leading up to my first-ever application, I had admittedly built up this feather-light lip gloss to an almost mystical status.

Faith had told me that even though the gloss is pink in appearance, it goes on clear, and though I was skeptical when I first twisted off the cap, (it just looks so pink), I found out she spoke the truth. After I managed to stop obsessing over how fat the doe-foot applicator was (seriously, it's the best thing I've ever seen), I went ahead and swiped on a thin even coat of the gloss over my top and bottom lips. The verdict: clear, or if anything, a nearly undetectable hint of pink, high shine, and no stick.

Also, I debuted this on Halloween night, so when I say it lasted for hours—that's a true testament to how stellar this gloss is. That night, it looked amazing over Urban Decay's Vice Lipstick in Big Bang ($17), and Faith swears it's the cherry on top to Fenty's Match Stix Shimmer Skinstick in Confetti ($25). 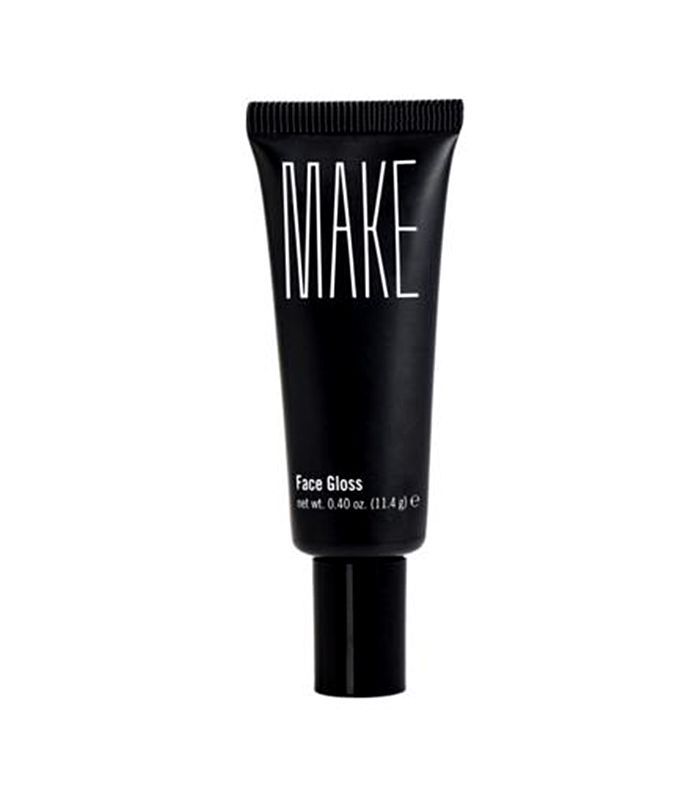 My review: Though technically this formula by Make Beauty isn't specifically a lip gloss, it is a face gloss, news writer Kaitlyn McLintock told me it's the only glossy product she uses on her lips—period. Therefore, she advised me to do so as well and happily, I obliged.

Rich in vitamins, clear in color, and hydrating in formulation (which happens to make it great on the lips), the gloss is actually intended to be used in lieu of a standard highlighter, and the brand recommends stippling it onto the high points of cheekbones, the Cupid's bow, eyelids, brow bones, and the like.

Immediately, I noticed it had little more of a stick factor than I would have preferred, but interestingly the texture noticeably dissipated as soon as it melted into my lips post-pat. The end result is incandescently dewy with a hint of gloss, and I love that it adheres to lips in a way that won't smudge or slide a color you might already be wearing. (When I first tested it, I was wearing Becca's Beach Lip and Blush Tint in Dragonfruit, $25.) 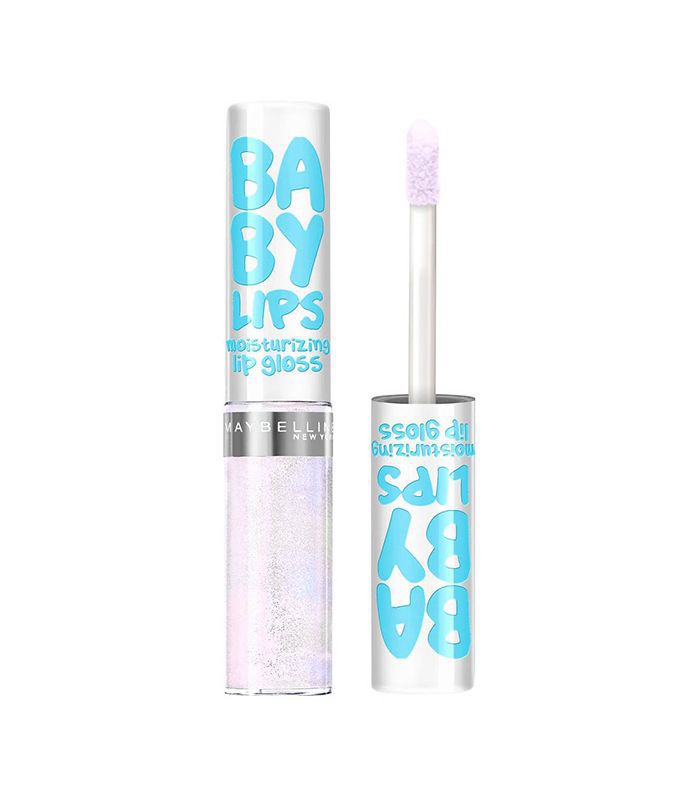 My review: When I asked my fellow Byrdie editors to send me their best clear lip gloss picks, Faith immediately sent me two: the Clarins (reviewed above) followed shortly by this one from Maybelline. Crystal clear with an intoxicating infusion of magenta, periwinkle, and other iridescent magic, it's honestly hard to describe how pretty and surprisingly flattering this gloss is.

So far, I've only tried it on bare lips but whenever I wear, it I can't stop staring. You know that phenomenon when you're wearing a new ring or just recently got a manicure and can't stop staring at your fingers? Consider this moisturizing gloss (which smells exactly like its cousin the Babylips Moisturizing Lip Balm $3) the lip-loving equivalent.

Upon first glance, it looks perfectly clear but then as soon as you tilt your head, you'll see a pretty glint of magenta and purple. Truly, it's mesmerizing, and I'm so thankful Faith introduced us. 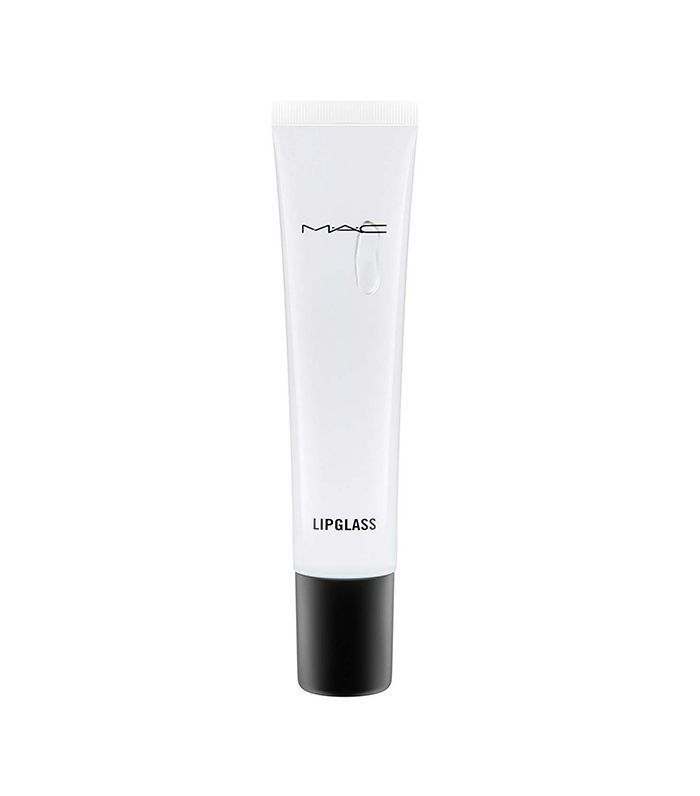 My review: Blame it on nostalgia, but re-visiting this iconic clear lip gloss after many years away felt so so good. Yes, it's a tad sticky, and yes, it lacks some of the bells and whistles of the other clear lip glosses in the grouping, but honestly, no gloss will ever be as famous and recognizable as this one, and for that, I love having it on hand at all times.

Though I'm not sure how often I'll wear it (because there is that sticky-hair situation I referenced earlier), literally nothing beats the highly lacquered, glass-inspired finish of this one. Not to mention, it looks just as good alone as it does layered (try it over my favorite MAC Lipstick in Brick-O-La $18) and is incomparable when it comes to being photographed. 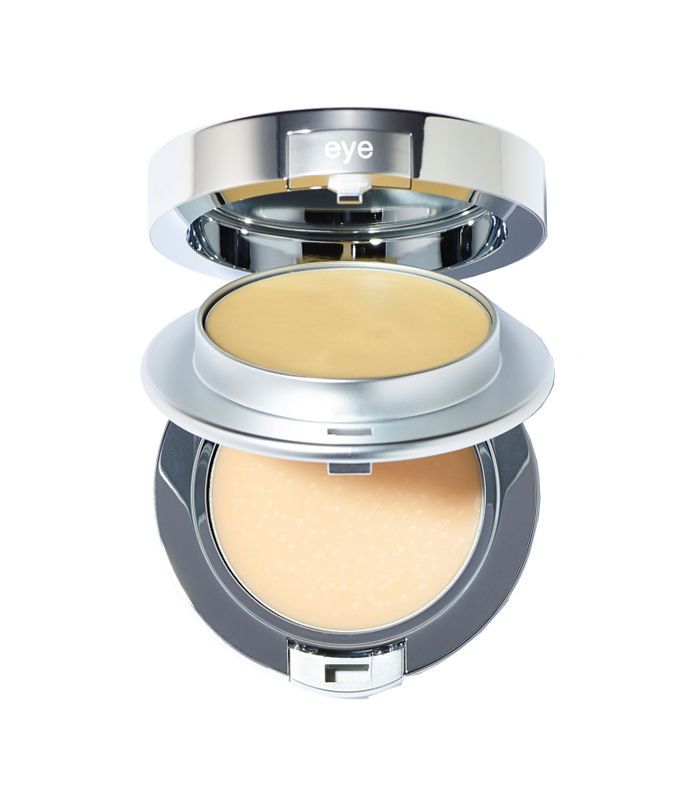 My review: La Prairie's Eye & Lip Perfection a Porter is to Hallie as Clarin's Instant Light Lip Comfort Oil is to Faith. Whenever Team Byrdie is on the topic of lips, this two-for-one pick is always one of the first to come up. And truly, this balmy clear gloss is everything (and even a bit more) than Hallie said it would be.

Not only is the packaging 150%, the formula is so luxurious that I had to restrain myself from rubbing it into my temples, hands, elbows—everywhere. Designed to moisturize both eyes and lips, I did wish it left a little bit more of a shiny afterglow, but it still boasts an undeniable sheen that's low-maintenance while still eye-catching. Technically it's a balm, but if you do as Hallie does (which I did), you'll wear it as a gloss: "It's honestly perfect—it stays glossy but is never sticky," she told me. She was so right. Plus, after a few daily applications, I swear it makes my lips look plumper and more pillowy.

Next up: see what happened when one editor tried an electric lip plumping advice for one week.