I Tried 7 Cellulite Treatments So You Don't Have To

Here at Byrdie HQ, we think the idea of a “perfect body” is as outdated as snake-oil diet pills and spandex-clad workout icons. But that doesn’t mean we don’t talk about our bodies—the opposite, in fact. We’re all about body acceptance 24/7/365, but this week, we’re serving up some extra love: Meet Byrdie Body Week. Consider it a love letter to the weird and wonderful vehicles we inhabit, as well as a deep dive into all the body questions that plague us (such as Will my laptop really fry my ovaries?). We’ll also be spotlighting all that’s new in the product world (fake nipples—yeah, we’re going there). Let’s all agree to be a little kinder to our bodies this week (and month and year), no?

For 90% of the female population, cellulite is basically as inevitable as death and taxes. While it's easy to be tempted by gimmicky workout routines and diets that promise to banish those dimples forever, the sad truth is that no number of squats is going to get rid of them. (Don't shoot the messenger—I'm just trying to save you from some extremely sore thighs.)

While surgery and expensive laser treatments might be your best bet for removing it entirely, there are countless products on the market that promise to at least diminish the so-called cottage cheese effect. And in the interest of smoothing out my own thighs and derrière, I decided to put some of the buzziest ones to the test.

Keep reading to see which treatments measured up. 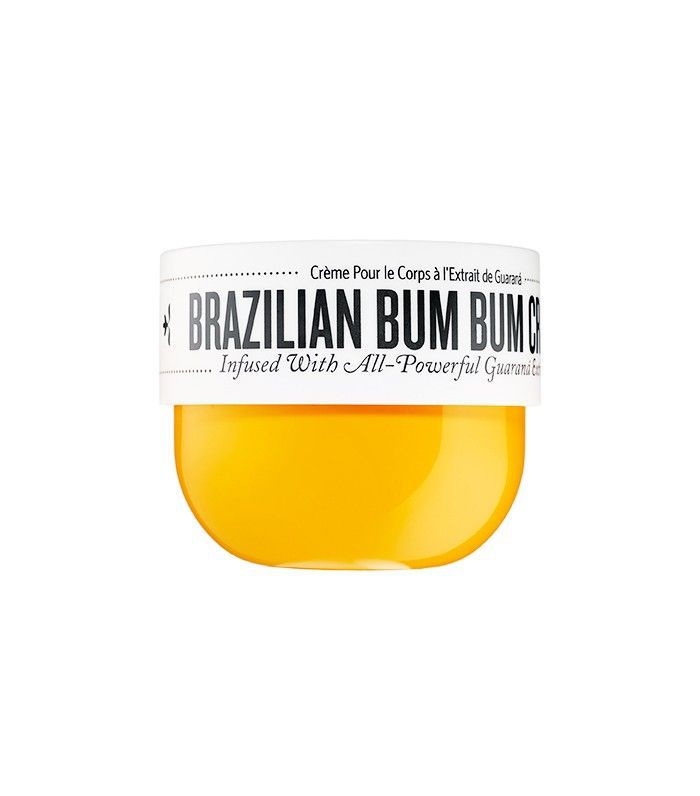 Given the buzz surrounding this cream and my undying devotion to the brand's Brazilian Body Veil, I had pretty high expectations going in. But I'm happy to report that it's 1000% worth the hype: Thanks to a dose of shimmery mica, it gave my legs an instant glow as soon as I massaged it on for the first time, and after using it for just a couple of days, all my problem areas looked visibly smoother and tighter. (The secret is guaraná, an Amazonian plant that's extremely potent in caffeine—an ingredient that's shown to work some serious magic on cellulite.)

And the scent! I'm not typically one for foodie fragrances, but somehow the pistachio-caramel is not at all cloying—in fact, it's downright addictive. Gisele, I'm coming for you. 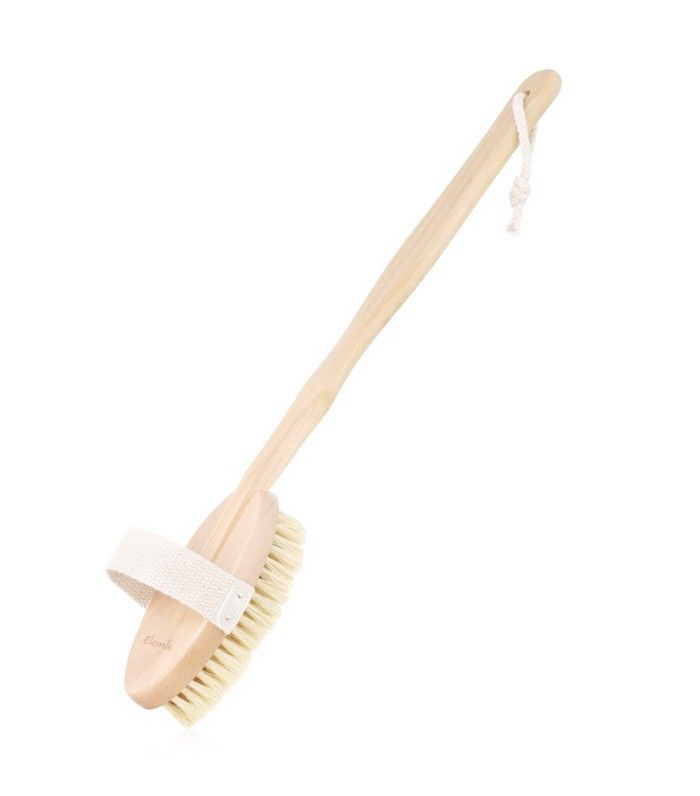 I've been dry-brushing for years and have enjoyed the ritual's many benefits: improved lymph flow and detoxification, exfoliation, and yes, less visible cellulite. Brushing in small, circular motions boosts circulation in the area, firming the skin and thus temporarily reducing the appearance of dimples. Is it the most effective method I've ever tried? No. But it's a nice bonus since I'm using my brush every morning anyway, and I've found that it really amplifies whatever other cellulite treatment I'm using. (It's worth noting that by sloughing off dead skin cells, dry-brushing also helps boost absorption of topical creams and oils.) 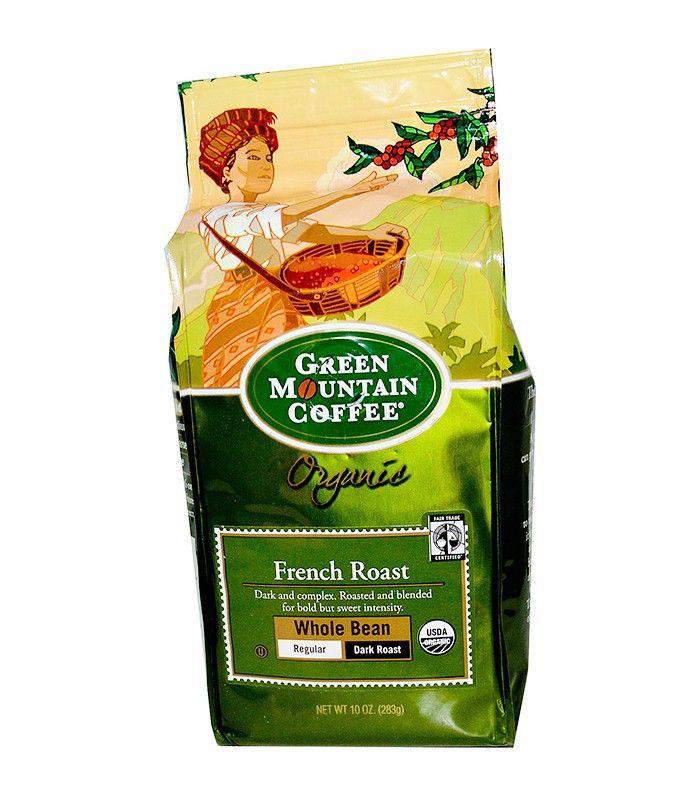 Time- or cash-strapped? One of my all-time favorite treatments involves just a little digging around in your pantry. Again, caffeine is enemy number one for cellulite—applied topically, it causes blood vessels to constrict, allowing for quick absorption of nutrients. Coffee is packed with both caffeine and antioxidants, so just rubbing the grounds on my skin always has a visible impact.

Prep the area by dry-brushing first, and mix the coffee grounds with coconut oil for an additional boost. 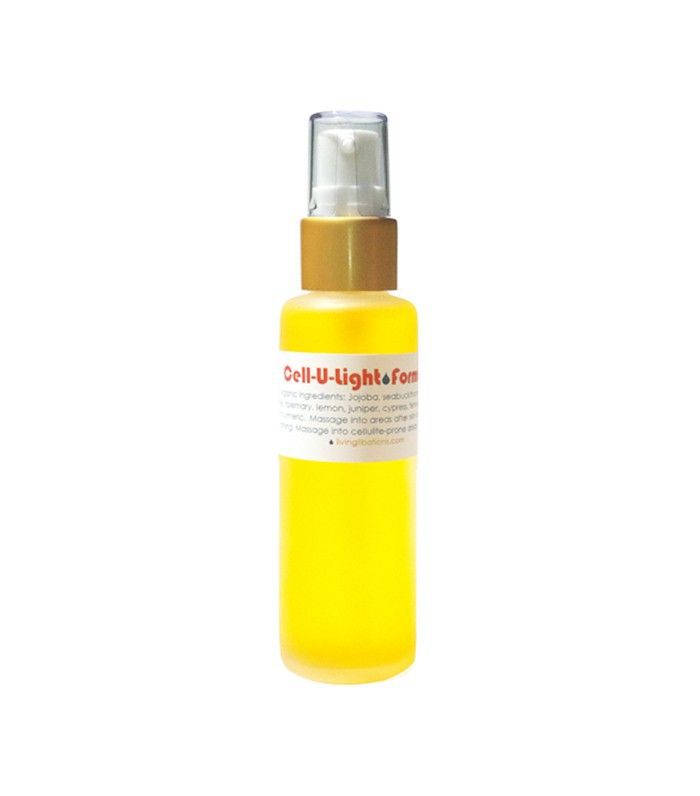 This essential-oil blend first took up residence in my medicine cabinet a couple of years ago and has been a regular in my routine ever since. I typically use body oils rather than lotions to moisturize anyway, so the fact that this potent cocktail of botanical extracts like rosemary, lemon, juniper, and coffee helps fight water retention (which exacerbates cellulite) is a pretty sweet bonus. 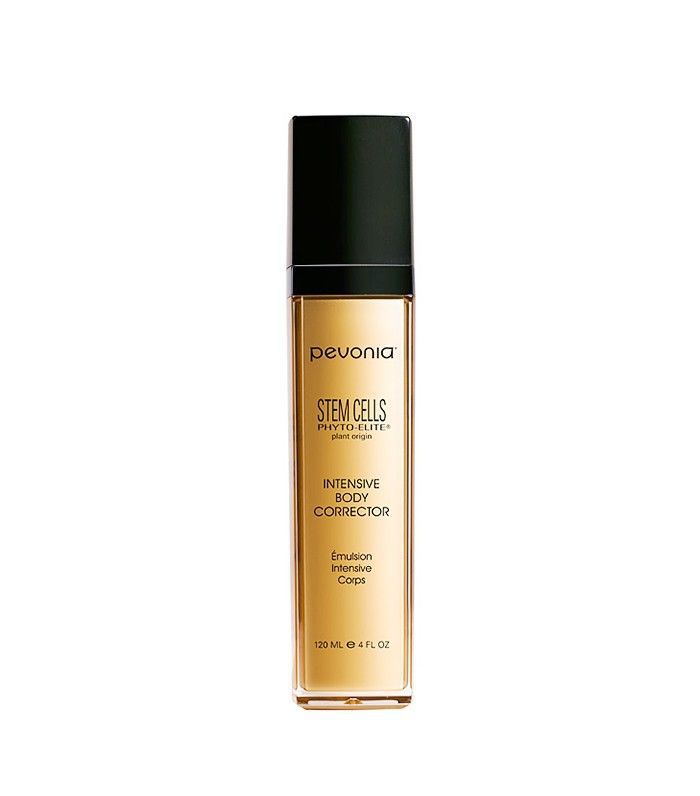 I can't stand it when body products leave me greasy or wet for several minutes after application, so I was quite grateful off the bat for this lotion's quick-drying, velvety feel. Seeing the impact on my cellulite required a little more patience, but after devotedly using it morning and night for about a week, I began to see firmer skin—and it brightened some old psoriasis scars and discoloration to boot. 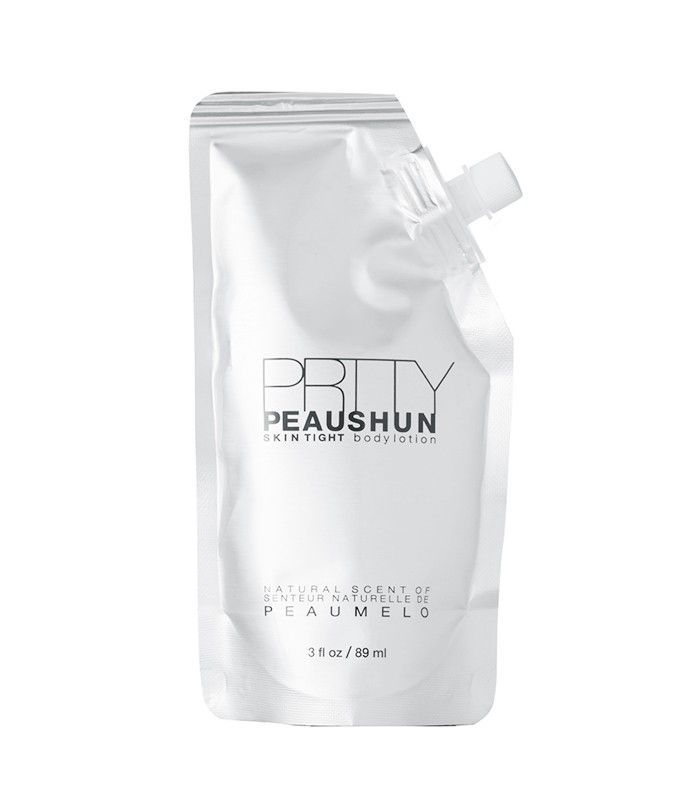 As soon as word got out that I was on the hunt for cellulite products, my editorial director, Faith, immediately told me about these cool pouches from Prtty Peaushun, which can only be described as foundation for your body—on crack. It's a tinted emollient cream with light-reflecting particles, so it masks imperfections and provides an ultra-flattering glow. But it's not just a superficial fix—the formula also tightens and firms skin thanks to hardworking botanical extracts. It's basically an airbrushed bod in a Capri Sun pouch. (It doesn't get much better than that.) 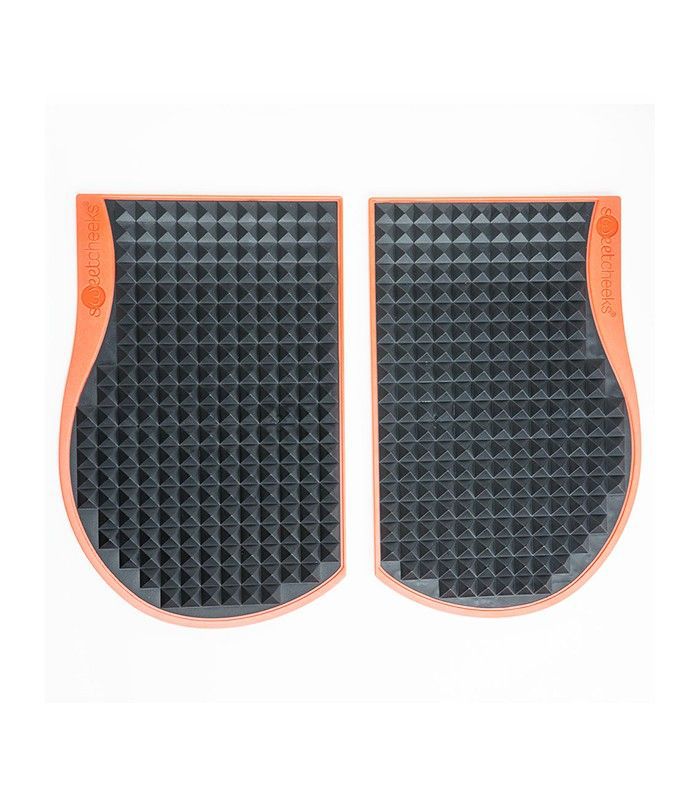 You know those eggcrate foam mattress pads? Yeah, this feels nothing like that. Looks are deceiving, and in reality, these mats are hard. The idea is that when you sit on it for at least 30 minutes a day (at your desk, in your car, or wherever), the textured surface massages and boosts circulation in your rear and thighs, thus diminishing the appearance of cellulite. Surprisingly, while not the most comfortable thing in the world, the mat actually isn't painful. It gets major points for requiring virtually zero effort and actually smoothing things out (albeit very temporarily), but I have to knock a couple off for making my butt fall asleep and leaving visible indentations in my legs when I was wearing a skirt. (They go away after a few minutes—but still.)