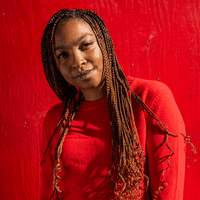 Here at Byrdie, we take a lot of pride in our diligence in researching and investigating, so you'll get the best of pretty much every product you try. Wouldn't it be nice if the same meticulous attention to detail was applied in-house for every cosmetics brand? While Byrdie's makeup line is still a dream in our little hearts, we're always looking for brands with a similar energy to ours, and that's what attracted us to Beautycounter. The brand is not only obsessed with being as green and clean as possible but also making sure you look good while doing so. Read on for more about one of the hottest clean-beauty brands.

After watching the documentary An Inconvenient Truth in 2006, founder and CEO Gregg Renfrew found her eyes wide open at what she had seen, and that led her down the path toward launching Beautycounter. "It was a wakeup call for me. I started connecting the dots between what was detrimental to the earth was likely also detrimental to our health," she explained. She made sweeping changes to her life and home, such as swapping out plastic containers for glass, buying organic mattresses, and using eco-friendly products. "But when it came to personal care and beauty products, I couldn’t find any that met my high standards and had ingredients that were safer for my health," she said. "I felt people were being asked to compromise their health in the name of beauty." Renfrew saw a void in the marketplace for a beauty brand with products that were incredibly high-performing but made with ingredients that were significantly safer for people's health.

The brand was founded in 2011 but launched in 2013, and Renfrew's goal was to change the idea of what "clean" meant in a time when no one was really exploring that space quite yet. "As a pioneer in the clean beauty space, we go above and beyond clean to set the highest bar in safer beauty through an innovative program called Blueprint for CleanTM: 12 safety standards—including ingredient transparency, sustainable packaging, and responsible sourcing—that all our partners must adhere to." The goal of Beautycounter is to drive a movement for transparency and accountability in the beauty industry and advocate to update federal regulations that have stood largely unchanged since 1938. Their consumer is those who prioritize a brand that goes along with their values and products that don’t sacrifice their safety, or the safety of the planet. "Over the course of eight years since launch, we have helped pass nine pieces of legislation to help protect consumer health," Renfrew boasts, which isn't too shabby. 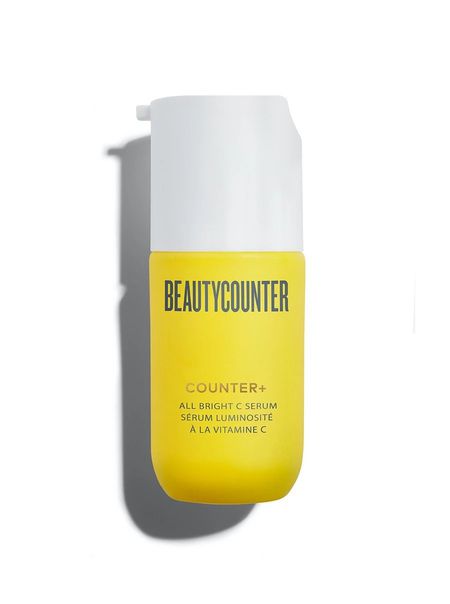 This product is one of Beautycounter's bestsellers, and if you can get one, grab it while you can, because this product stays sold out. And for good reason: Full of two different ultra-stable forms of vitamin C at a killer 10% potency, this serum will brighten your skin and fade your dark spots while working hard not to create new, darker spots. You'll feel brighter from the inside out. 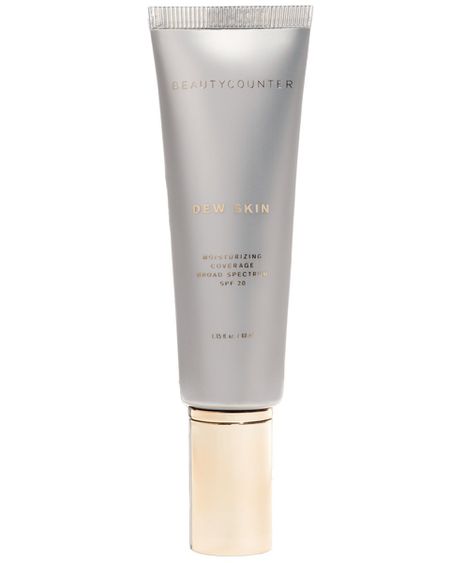 Tinted moisturizers have come and gone, and beauty fans know that none of them are built the same. But this tinted moisturizer—with SPF 20!—might actually be the blueprint that all tinted moisturizers learn from. It's lightweight but also with sheer coverage, so yes, you will wind up looking dewy, as the name says, but not greasy. It absorbs quickly, and for those days when a full beat feels exhausting, you'll be happy you have this in your repertoire. 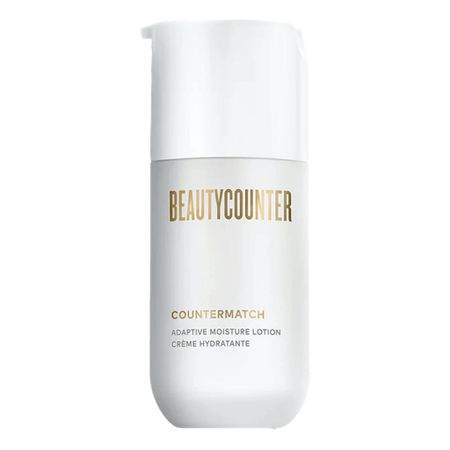 This is the perfect daytime moisturizer—rich but not heavy, hydrating but lightweight, it creates a beautiful base for makeup. If there's anything that can be described as "the dream summer moisturizer," it's this one—you won't worry about feeling damp and sweaty and heavy, just radiant and glowing skin. 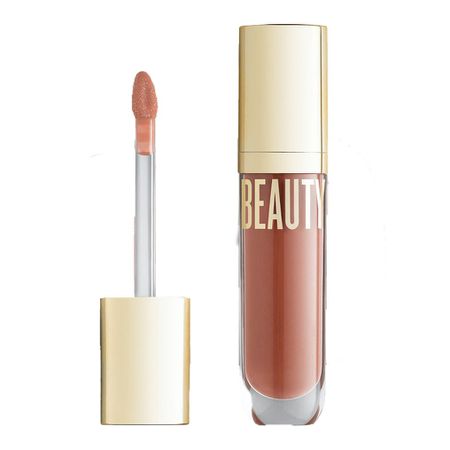 Beyond Gloss isn't just a lip gloss, and a great one at that—but it has moisturizing and conditioning ingredients like castor oil and jojoba oil. However, the best part is the scent, which speaks to the Beautycounter ethos: The gloss's signature scent smells of ECOCERT-certified organic vanilla from Madagascar, which is not only high-quality vanilla but the suppliers work to ensure their workers are given opportunities to improve their quality of life. 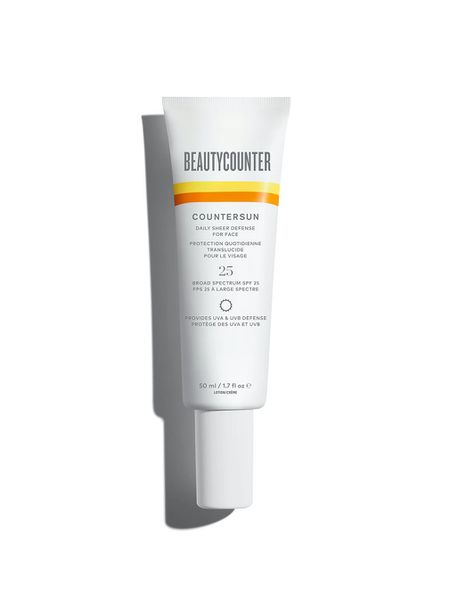 This lightweight sunscreen has none of the ickiness of sunscreens from your youth. It's a physical sunscreen that uses non-nano zinc oxide to fight UVA, UVB, and HEV blue light rays without a white cast. But it also uses chicory root extract to lock in hydration to the skin so you won't feel dry or greasy—leave that to the hot dog you eat on the beach. 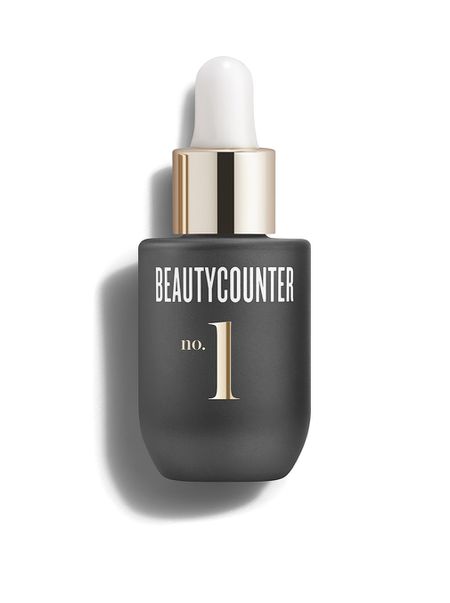 This Brightening Facial Oil comes in sleek packaging that will look beautiful on your countertop, but it's the performance that really makes this oil stand out. This product is full of natural oils like avocado and black currant oils that will help boost radiance and encourage hydration in the skin. It's also got vitamin C, and smells like a mix of tangerines and oranges, a scent you'll want to wear as perfume, too. 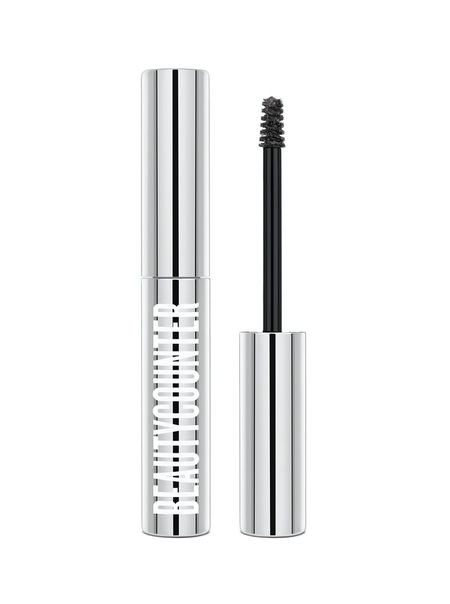 "Brilliant" isn't just marketing speak when it comes to this brow gel—it really gets the job done, well, brilliantly. Its unique tapered applicator means you can get just as precisely into your individual brow hairs as you can with a pencil, but it won't flake or budge. To say it's foolproof isn't doing it justice—and for those looking for a clear gel, this one dries truly clear, not "clear but flakey." 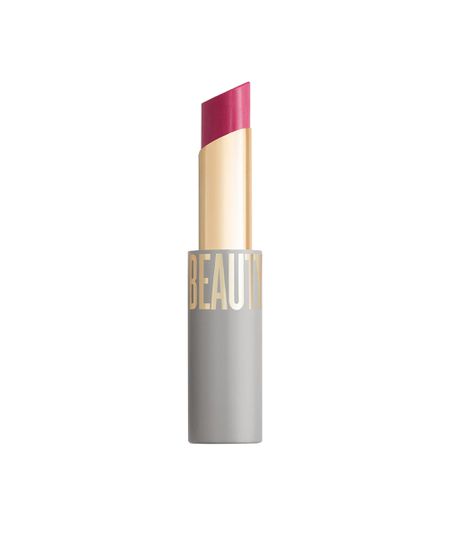 You know the lipsticks that feel like balms? Yeah, that's not this one—it's a lipstick with buildable color that goes on sheer, but instead of feeling like a lip balm, it actually feels like there's... nothing there whatsoever. All the benefit of the look, without worrying about reapplication. It is also full of ingredients that are good for your lips, like the brand's unique SmartWax Botanical Blend, which is made up of moisturizing emollients and earth-friendly ingredients. 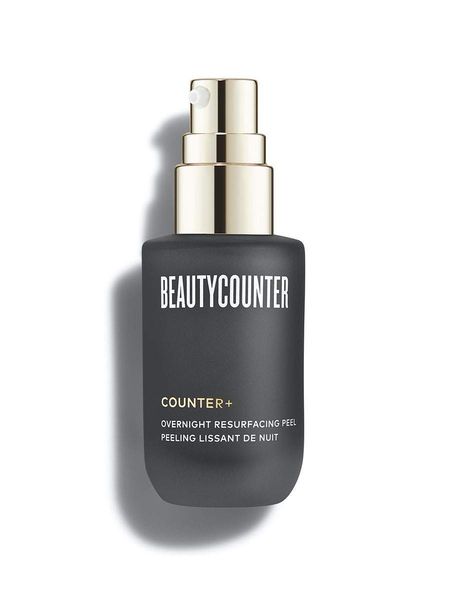 Some peels can be a little too much for those with sensitive skin, so they run away screaming into the night about the idea of doing one, let alone leaving one on overnight. This peel uses high-performance acids like glycolic, malic, and lactic acids to smooth, refine, and reveal radiant, glowing skin. Plus, the Arginine and fatty acids will have your face waking up feeling moisturized, not dry. 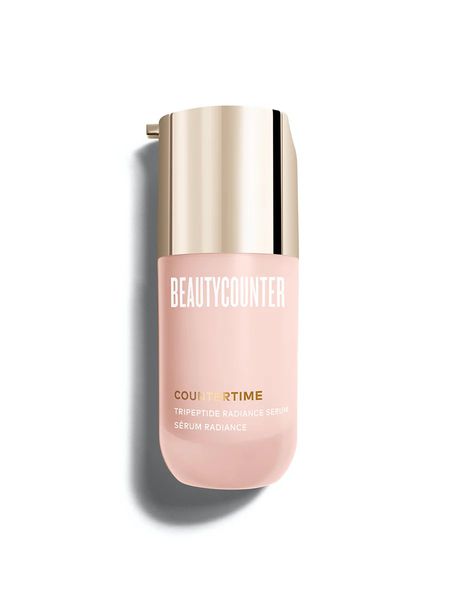 This radiance serum is like a treat for your face, and you'll love the way this serum blurs your fine lines and wrinkles. The brand claims the serum is made up of a “powerful blend of peptides, amino acids, and our plant-derived Retinatural Complex," which can help to boost the skin’s moisture barrier function to promote hydration for a glowing complexion. You won't need a night light—your face will brighten any room.

Beautycounter's New Refillable Deodorant Has Replaced My Antiperspirant
Article Sources
Byrdie takes every opportunity to use high-quality sources, including peer-reviewed studies, to support the facts within our articles. Read our editorial guidelines to learn more about how we keep our content accurate, reliable and trustworthy.