A glamorous subject it is not, but for some, arm hair can get in the way of having silky smooth skin. Body hair—no matter where it's located—is completely natural, but for me, it used to be the source of self-consciousness. We all have our "things" that we wouldn't mind changing, and this is probably my most longstanding one. "Why don't you just wax your arm hair?" people ask. Oh, I have—though, for the record, I don't like having completely hairless arms; it feels unnatural. I've also used Nair, bleach, and a good old-fashioned razor.

That said, I've had the most success in experimenting with some more-newfangled approaches in recent years, and my conclusion is that it has never been so easy to style and groom your body hair than it is today. With the help of board-certified dermatologist Joshua Zeichner and hair removal expert Kristina Kitsos, I'm breaking down four methods of arm hair removal. 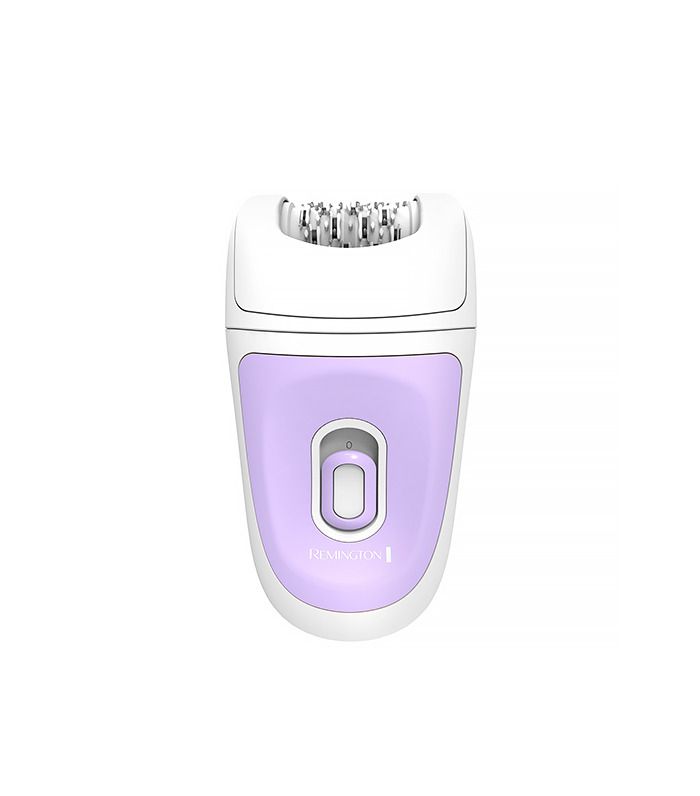 Epilation has grown in popularity as an alternative to shaving—though for me, while an epilator looks a bit like a razor, it feels more like a wax. "Epilation is a hair removal process involving a device that grabs on to the hairs and physically pulls them from the skin," says Zeichner. "While epilation can be used for all hair types, it is best in removing coarse, straight hair." If you're not a candidate for laser hair removal, epilation may be your next best bet. Kitsos notes that the benefits of epilation are that it can be done in the convenience of your own home and is less costly than laser, but the drawbacks are that it's painful and results are only temporary. "Some people experience red, itchy bumps after using this type of hair removal procedure, which can be irritating," she warns.

I was hesitant to try an epilator since a device made of tiny, automatic rotating tweezers sounds like my idea of torture. I did a little research beforehand (i.e., Googled "how to make epilating hurt less") and learned that it's best to do it in the shower because the steam helps open the hair follicles (in the same way that tweezing your eyebrows is less painful when they're wet). This may have helped some, but to be honest, it was still not a particularly fun experience. It's effective at pulling the hair out from the root, and it is thorough if you're looking to remove all of your hair without the messiness of waxing. Still, my verdict is that it's much better-suited for smaller surface areas.

For epilation to be effective, your hair should be at least two millimeters in length. 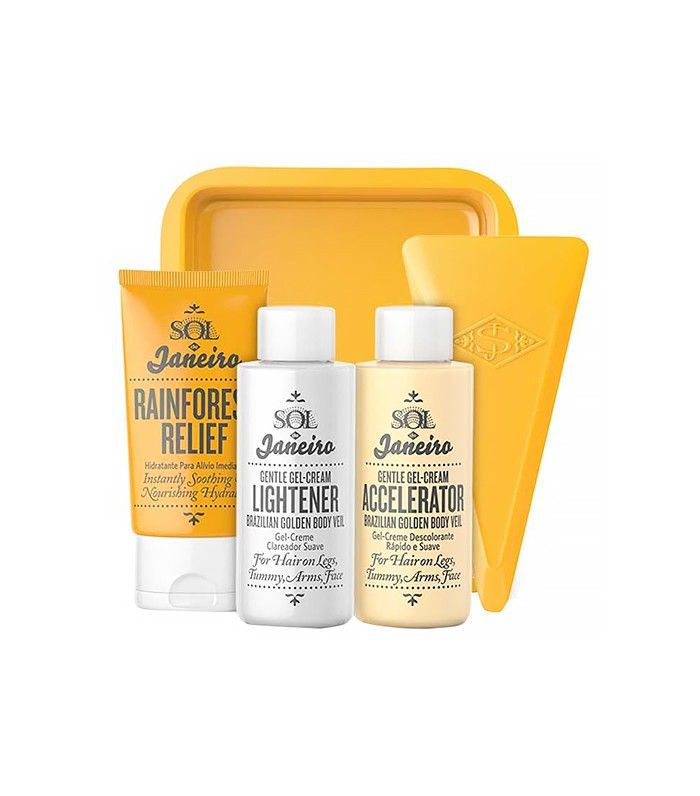 Beauty rule of thumb: If the Brazilians do it, it's probably really good. And that is certainly the case with Sol de Janeiro's enticingly-named kit, which is basically a cross between a bleach and a depilatory. This is your go-to if you're not a fan of shaving but big on the look of shimmering blonde peach fuzz. "Brazilian lightener is a good option for those people with thick, dark arm hair who do not want to go through the pain of epilation and those whose skin is not conducive to laser," explains Kitsos. "It’s a great way to make dark hair less noticeable without shaving, waxing, epilation, or lasering." While the hair is still there, it'll help lighten them to make them appear less dense, and ultimately, less noticeable.

They're onto something. I've been obsessed with this stuff since I was cajoled into trying it for the first time back in 2015, and it's definitely my hair removal method of choice. You have to mix the formulas, and it reeks like bleach, but it magically melts my dark, thick hair, leaving fine, glistening fuzz in its place. It's a way to make the hair look subtler without removing it entirely, which is all I've ever really wanted.

This product has since sold out, but try Gigi's Gentle Hair Bleaching Cream ($9) as an alternative.

According to Zeichner, if you have sensitive or dark skin you should start with a test area to make sure the hair lightener does not cause skin irritation. Irritation can ultimately lead to long-lasting dark or light spots on the skin. 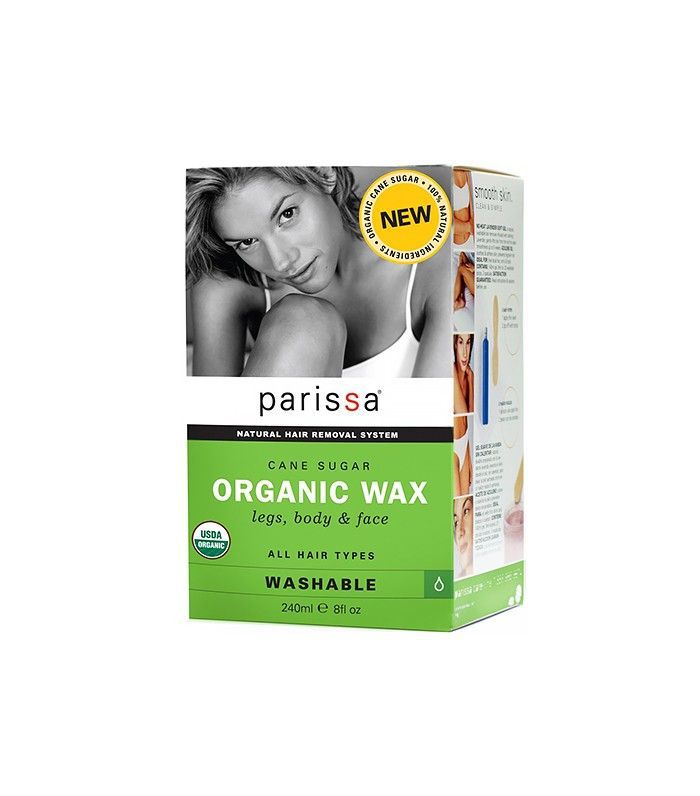 Think of sugaring as waxing's cousin. Like waxing, it removes hair from the root, but unlike waxing, sugaring uses a honey-like paste made of sugar, lemon, and water to get the job done. "The paste is put on the skin and hardens like a toffee-type of candy—this hardened 'sugar' is then quickly pulled off the skin and the hair that was on the body comes off with it," explains Kitsos, noting that sugaring doesn't require strips. Die-hard sugarers tout this method of hair removal as it's natural, more gentle on sensitive skin types, and less likely to damage the outer skin layer.

I first encountered sugaring at Shobha, a hair removal salon in NYC, but sugaring can be done at home with pre-made kits (just be sure to monitor the temperature of the sugar before applying it so as not to burn your skin). When I used this kit from Parissa, I found that I occasionally needed a second strip to pull out every last hair in one section. That said, it was definitely very gentle on my skin, and I think it's a great option for anyone looking for an alternative to waxing. In terms of results, Kitsos says that they last four to six weeks, with the added benefit of creating finer hair with decreased total density over time. 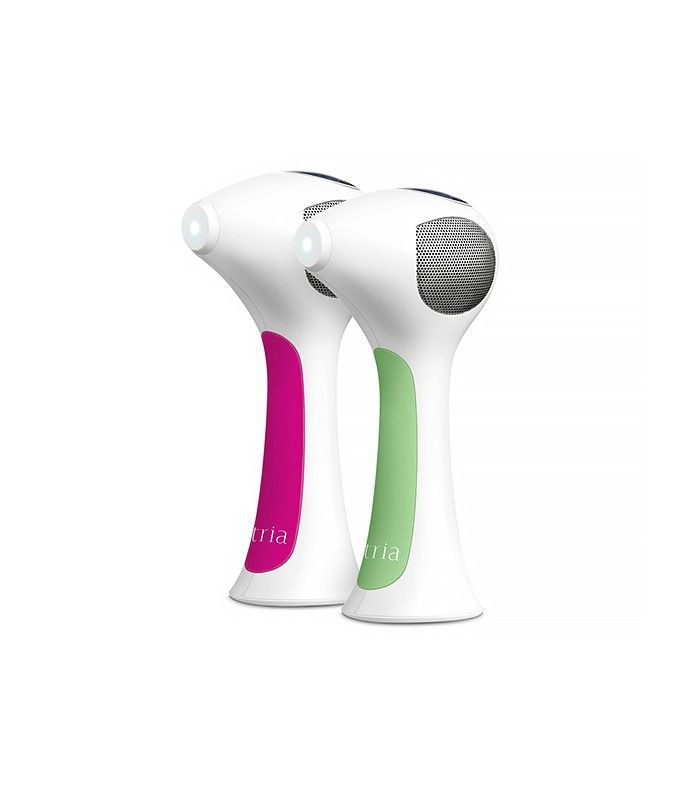 While the permanence of the results is certainly tempting, the investment of laser hair removal alone has always scared me away. "Laser hair removal is a procedure where a device emits a beam of light that is selectively absorbed by the root of the hair to destroy it," says Zeichner. "The best candidates are people with light skin and dark hair. It can be used across all hair consistencies, though it is best for coarse hair because there is a larger target for the laser." Both experts note that for safety reasons, at-home laser hair removal devices aren't as powerful as professional ones and may take multiple treatments to see results.

"With laser hair removal, less is more, as you can burn the skin if you do too many pulses in the same area," advises Kitsos. "If possible, look for a device that protects darker skin tones. IPL devices heat up melanin regardless of where the melanin is, and it cannot differentiate between melanin in the skin and melanin in the hair, which can lead to darker skin tones burning and scarring."

I was pretty pumped to learn about Tria, the first at-home laser device approved by the FDA. And I was officially impressed when I saw my hair begin to thin out after about a month of use. That isn't to say it's a complete cakewalk. While the device is fantastic for small areas like your underarms and upper lip, zapping each of my arms definitely takes time. It hurts, too, though less than a doctor-administered treatment (and you can also adjust the energy of the laser to a lower frequency if it's too much).

Again, complete hairlessness is not my goal, so I stopped using my Tria on my arms after a few treatments had thinned the hair out significantly. I have, however, soldiered on with my underarms to great results. My legs are next (that is, if I can muster up the motivation).