Benefit Cosmetics is a company that's built itself upon an eyebrow empire. From the brand's Ka-Brow Eyebrow Gel ($24) to the Goof Proof Brow Pencil($24), it has released many a fan-favorite brow product in its day. But there seems to be one product in particular that's risen above the rest. We've seen it all over Instagram feeds, YouTube, and beauty blogs. Yes, we're talking about the Gimme Brow Volumizing Fiber Gel. It has been a go-to brow product of beauty editors and bloggers for years, thanks to the natural-looking density and volume it adds to our eyebrows. We need that, especially seeing as we weren't naturally blessed with '80s Brooke Shields–level eyebrows. 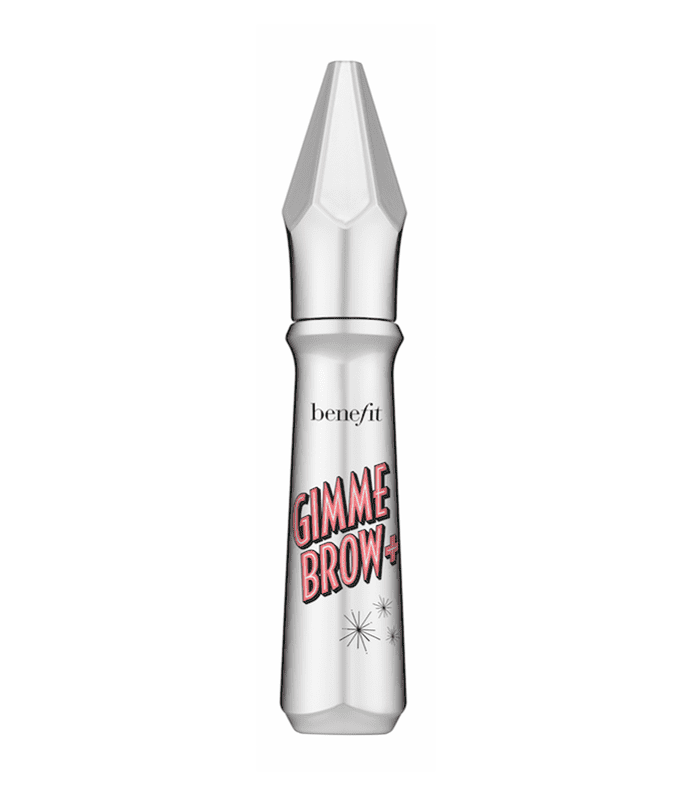 Originally, the only shades available in the brow gel were light, medium, and dark. The five-shade expansion will definitely come in handy, seeing as the current lineup doesn't account for undertones or distinct shade variations. The current shades will stick around (though they will be renamed cool light blonde, neutral light brown, and cool black-brown, respectively). The new shades include both warm and neutral undertones, ranging from blonde to deep brunette, so if you've never quite met your shade match with the Gimme Brow Gel but you love the effect, you'll be getting another go at it soon. Luckily, the brand released a first look at the shades through swatches, so we can pinpoint the exact shade we need before adding one (or three) to our carts.

The new formula will be called Gimme Brow + since it's simply been updated from the old standard. The new formula is said to feature an updated volumizing effect that's all thanks to miniature fibers that adhere to skin and existing hair to bolster and boost their appearance. It's long-wearing and water-resistant too, so you don't have to worry about smudgy brows if you're caught in a freak rain shower.

As for the packaging, expect to see it in a bright pink color. We're guessing it will follow the suit of other Benefit Cosmetics launches, like the new BadGal Bang! Volumizing Mascara ($24), which has a black-and–hot pink tube. Whether or not we're right about our packaging prediction, look for the newly updated Gimme Brow + at all retailers on May 22, which is when it officially launches. If it's true that history repeats itself, then this product is sure to be an instant hit among makeup wearers and bold brow aficionados alike.