At Byrdie HQ, which also houses sister sites Who What Wear, MyDomaine, and CollegeFashionista, it isn't uncommon for several of us to own the same clothes, shoes, or makeup products. We work in an open office with a lot of like-minded people who share similar tastes and interests, so when someone finds the best new pair of slides, you'd better believe we want the name and the link right away.

Evidence of such influence: When MyDomaine's senior editor, Sophie Miura, noticed WWW's market editor, Nicole Akhtarzad, had perfectly bent waves, she got the name of the iron (Bedhead Curlipops), immediately ordered it on Amazon, and then came back to the office after its arrival to show off her own Instagram-worthy bends. So continued the ripple effect: Being the new(ish) owner of a lob that's incredibly difficult to style, I needed to know the secret to their effortless manes. After a quick scan of the product page, I could immediately tell that it's a fan favorite: It has over 1,000 reviews, many of which are five-star. And when I found out it was only $24 and that I could get it on Prime? Honey, I was hooked.

The images below are a true testament to how easy it is to wield the wand. Sophie and Nicole are both minimalists when it comes to their beauty routines, and they don't normally fuss with their hair as much as, say, a beauty editor like myself. As such, I asked them to share why they love the wand so much and how they find it to work best for them.

"I'm half Japanese and have naturally straight, fine hair, which refuses to hold shape, no matter how many volumizing or heat styling products I use. I was so skeptical when I bought this wand, but it's probably the best $24 I've spent on my hair. The one-inch barrel creates the perfect-size waves (no Shirley Temple ringlets here), and it heats up so much that I don't even have to use hair spray—the curls hold for an entire day. It takes me 15 minutes to do my hair in the morning. I just divide my hair into two sections, securing the top into a bun with a Slip Scruchie ($40) (they don't leave any kinks). Then I divide that layer into about five or six smaller sections and curl each, making sure that it curls away from my face, which looks more natural. I wait a few minutes and brush it out before I race out the door." — Sophie Miura

"I've probably made about 20 of my friends buy this wand because it's that good. Not only is it so easy to use, but it lets me do my hair in big sections to save time while still lasting really well. Also, I love that I can choose how intense of a wave to make by holding it on each piece by 10 or 15 seconds more or less." — Nicole Akhtarzad.

And here's me. My hair may be on the short(ish) side, but I have a lot of it, so blow-drying is always a mission. This curling iron, on the other hand, is able to wave my entire head of hair in about 10 minutes tops.

I don't section anything off and just do the whole head starting from the right side and moving around to the left in one go to save time. Then, I spritz the roots with Oribe Dry Texturizing Spray for lift and rub a bit of V76 Molding Paste between my fingers and rake through the ends for sexy, rock n' roll texture. 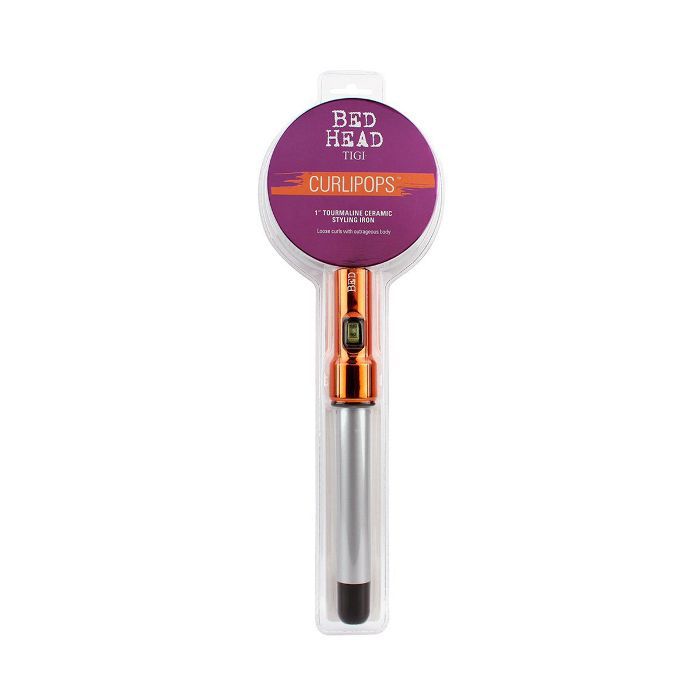 While this wand doesn't have a clamp, it's super easy to wrap your hair around—just remember to start at the root and wrap down toward the tip, pointing the tip down toward the floor. If you're worried about burning your hand, it comes with a glove for security. Try it out yourself and tag us on social (@byrdiebeauty) with the results!