Exclusive: I Zoomed With Bebe Rexha and We Talked Nails, Candy and Costumes 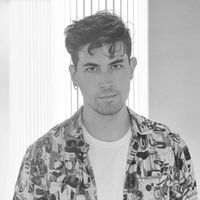 Harry Hill
Harry Hill is a Byrdie Boy who writes about beauty through the lens of pop culture.
Byrdie's Editorial Guidelines

If there’s anyone who knows dope nails, it’s Bebe Rexha. Granted, she’s a pop star, so it’s kind of part of the job to rock some crazy claws. Whether she’s performing or posting up on Insta, nails are always part of her look. Luckily for those of us who aren’t pop stars (but like to pretend we are), Rexha has teamed up with SinfulColors to create the new Tricked Out Treats line just in time for Halloween.

The collection features both polishes and press-on nails (called Claws) in a variety of freaky-fun vibes, like ghosts, werewolves, and candy corn. To get the full scoop, I chatted with Rexha over Zoom about nails, candy, and costumes. Naturally, we both showed up wearing nails from the collection. And since great minds think alike, we both wore the "Batass Candy Corn" Claws.

Tell me a little about the Tricked Out Treats collection.

BR: Halloween is my favorite holiday, so I came up with the idea of doing a mix of candy and Halloween. Of course, we had to do the candy corn nails. I love candy corn, but I know some people hate it. I like to eat the layers. It’s weird, but I like that. Since we’re gonna be in quarantine this year, it’s a little bit harder. It’s safer to stay home. You can go get the nails at the store and they’re affordable. I think now more than ever we need to do things for ourselves that make us happy. Popping on a nail like this changes my mood.

How would you describe your signature nail? Like, a manicure that you would be stuck on an island with.

BR: I would usually go for a red. But I feel like red, when you do it yourself, can get sloppy sometimes. What I’ve been doing at home a lot lately is getting the old school square French manicure. I just love it. If I had to pick, though, it would be any white-ish/pink nail. As long as they look clean. If you can’t serve a crazy nail, as long as your cuticles are clean and the nails are a clean color, you’re good. Like a light pink. Pink Smart and Easy Going by SinfulColors are some of my faves.

Fresh nails are the best nails! But I know things happen, especially when you're on tour. Have you ever had a nail emergency?

BR: I was onstage one time and I had this netting on and the netting got stuck on my nail. But I needed my hand for my microphone and I had dance moves! So it just ripped off. My finger was just bloody, bleeding, through the set. I just went with it and when I got backstage they put a bandaid over it. I didn’t notice it until I had my mic up at one point and I just saw blood dripping down.

Ouch! Speaking of blood, are you going to dress up for Halloween this year?

BR: Yes, we are gonna be bringing the Halloween costumes this year. I would like to do something a little more gory and scary. Maybe I’ll do one super glamorous look and then I’ll do one really bloody, nasty look, like face falling off. Little Mermaid bitten by a shark? Jessica Rabbit? I don’t know yet.

BR: I love Laffy Taffy a lot. I would die for a Laffy Taffy. I like sour gummy things, anything sour. I like Sour Patch but I don’t die for them. Sour green apple peach rings? Amazing. And obviously, candy corn.

After Halloween, is there another holiday you’d want to design nails with SinFul for?

BR: Christmas! I would do ornaments, Christmas trees...I would do red and green elf nails, Santa nails. Mrs. Claus! Like, “claws!” That’s cute! I actually have some really great ideas.

The Tricked Out Treats collection is available at Walmart.