Emerald Elitou
Emerald Elitou is a contributing writer for Byrdie. Her work has also been featured in multiple publications including Essence, BET, and Elite Daily.
Byrdie's Editorial Guidelines

Interest for long, eye-catching lashes has reached an all-time high during the past year. Ever since we started wearing masks and covering half our faces, we’ve found ourselves searching for the most lengthening, lifting, and volumizing mascaras we could find. So when we heard about Beautycounter’s new Think Big All-in-One Mascara ($27), we jumped at the chance to try it.

With the return of mask mandates, Beautycounter’s Chief Creative Officer Christy Coleman predicts that this fall will be “all about the eyes,” so this launch couldn’t have come at a better time. “Mascara will define and draw attention to our ‘smiles within’ as communication shifts from our lips to the eyes,” says Coleman, who is also a celebrity makeup artist in addition to her role at the clean beauty brand. Ahead, get all the exclusive details on Beautycounter’s biggest launch of the year, and read our honest thoughts on the product.

As its name suggests, the Think Big Mascara was designed to be a multipurpose product. “We wanted a formula that was truly all-in-one to simplify your routine and makeup bag,” says Coleman. Since the mascara provides instant volume and length, you don’t need to use a lash curler before applying.

Coleman also says that it was important for the product to work on all lash types and lengths. “The brush ‘swells’ the lash, so it’s able to cover the tiniest of lashes,” she explains.

Not only will the new mascara give you noticeably longer lashes, but it also strengthens them too. The formula includes tripeptide technology, a blend of lash-care conditioners, and vitamin B-5, which nourishes lashes to make them look healthier.

Most importantly, the high-performing mascara is clean. “It was important to [us] to give that dramatic, rich black color without using carbon black, so we opted for an alternative in true black pigment,” says Coleman.  The chic gold packaging also consists of 30% post-consumer recycled plastic. 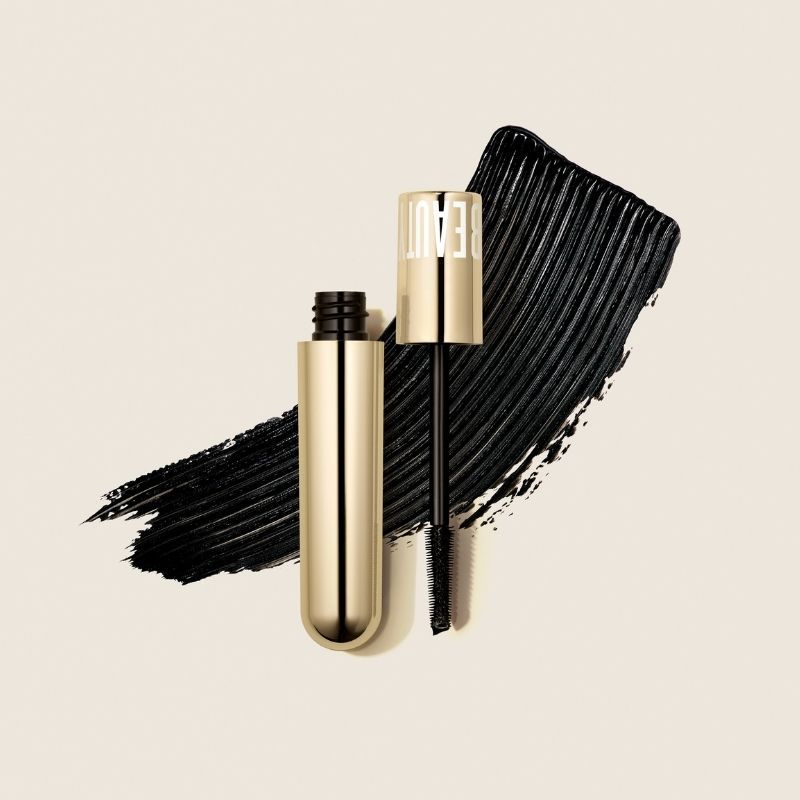 The small brush spoolie of the all-in-one mascara is designed to comb through each lash individually. This allows for plenty of versatility when creating the perfect glam.

To achieve a doe-eyed look, Coleman suggests using the brush vertically and horizontally to “swell” the lash and create bold and extra-long lashes. For fluffy layers, she recommends allowing the formula to softly dry between coats, which will allow for a “more precise application.”

For each look, Coleman says to start with clean lashes to get the best results. "Many try to apply directly on top of existing mascara, which never works," she explains. However, her ultimate advice is to make sure that your brush doesn't accumulate dried-up formula over time, which will cause clumping. "If this happens, it is time to replace your mascara!"

When I heard about the new mascara from Beautycounter, I assumed it would be like every other mascara on the market—but boy was I wrong. In all honesty, I love long and luscious lashes, but I'm not always in the mood to apply falsies, so I was hoping this mascara could give me a similar look without the hassle.

First of all, let's talk about the packaging. The mascara comes in a chubby metallic bullet-shaped tube, which I found interesting since it wasn't something I'd seen before. Brands that use unique packaging continue to keep me intrigued, especially when it utilizes recycled plastic.

Keeping things simple for my everyday glam, I followed Coleman’s advice and applied the mascara vertically and horizontally to create long, layered lashes. Let's just say I was beyond impressed with the results: bold, fluffy, and separated lashes. I'm officially sold.