The Best Baxter of California Products, According to a Byrdie Boy 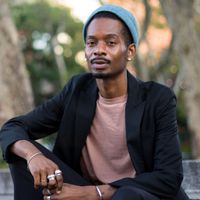 Meet Byrdie Boy and The Method Male creator Saleam T. Singleton. Each month, he'll be covering beauty topics through the lens of self-care and culture.

Many years before the invention of the term “metrosexual," men were creating grooming routines. Those were simpler times, with a lot of room for improvement. There weren't a lot of product options, especially those that addressed the way men were living their lives. Such an environment might have inspired anyone with the ability to see an opportunity. Enter: Baxter Finley, founder of the now-iconic lifestyle and skincare brand, Baxter of California.

A little backstory on Baxter's origins: Finley relocated to Los Angeles from New York City in 1965, seeking refuge from the demands of his previous career in advertising. While acclimating to the L.A. lifestyle, he started noticing the effects the sun and seawater had on his skin. He went looking for skincare solutions catered to men, and soon found they didn't exist. Thus, he decided to create his own, launching Baxter of California later that year. His first product was Super Shape, one of the first popular anti-aging creams formulated for men. It skyrocketed to success and Baxter soon launched have several other releases, such as night and eye creams, skin toners, and even a fragrance. The brand grew in popularity in the decades that followed.

Since then, Baxter Of California has evolved with the times. They’ve adopted a modern approach with their “Life Lived True” motto. These words inspired their 2017 campaign, which sought to expand upon the definition of masculinity. “It’s more important than ever to live your personal truth, whatever that happens to be,” says Richard Greenwalt of West Hollywood’s Baxter Finley Barber and Shop. “Now 55 years in the making, the brand continues to promote uniqueness in your own style.” Baxter has maintained its loyal following amid a market that is constantly becoming more competitive. “The products we’ve launched have touched on the growing interest we’ve seen regarding men using grooming products,” says Greenwalt. “Guys are starting to catch up in the beauty realm, so our products have to keep up too.”

Baxter continues to stay true to its core identity by creating a space for men to express themselves. “This anniversary, which is impressive in itself, is a testament to Baxter Finley’s original vision of innovation in the men’s grooming world,” says Carmen Serna, a senior barber at the flagship Barber & Shop. “The brand continues to develop more and more.” Baxter has surely been a part of shaping the men's beauty corner of the beauty industry—maybe Baxter Finley saw the bigger picture from the start. Men need more than products; they need a platform to pursue their best selves and one that encourages them to do so. “Baxter is a lifestyle,” says Serna. “Grooming is a choice, and it’s an excellent choice for men to make, especially with everything going on in the world.” Amen to that!

Best Known For: Being a pioneer in men’s grooming and skincare

Keeping reading for a roundup of some of Baxter Of California’s best products for skin, hair, and body. 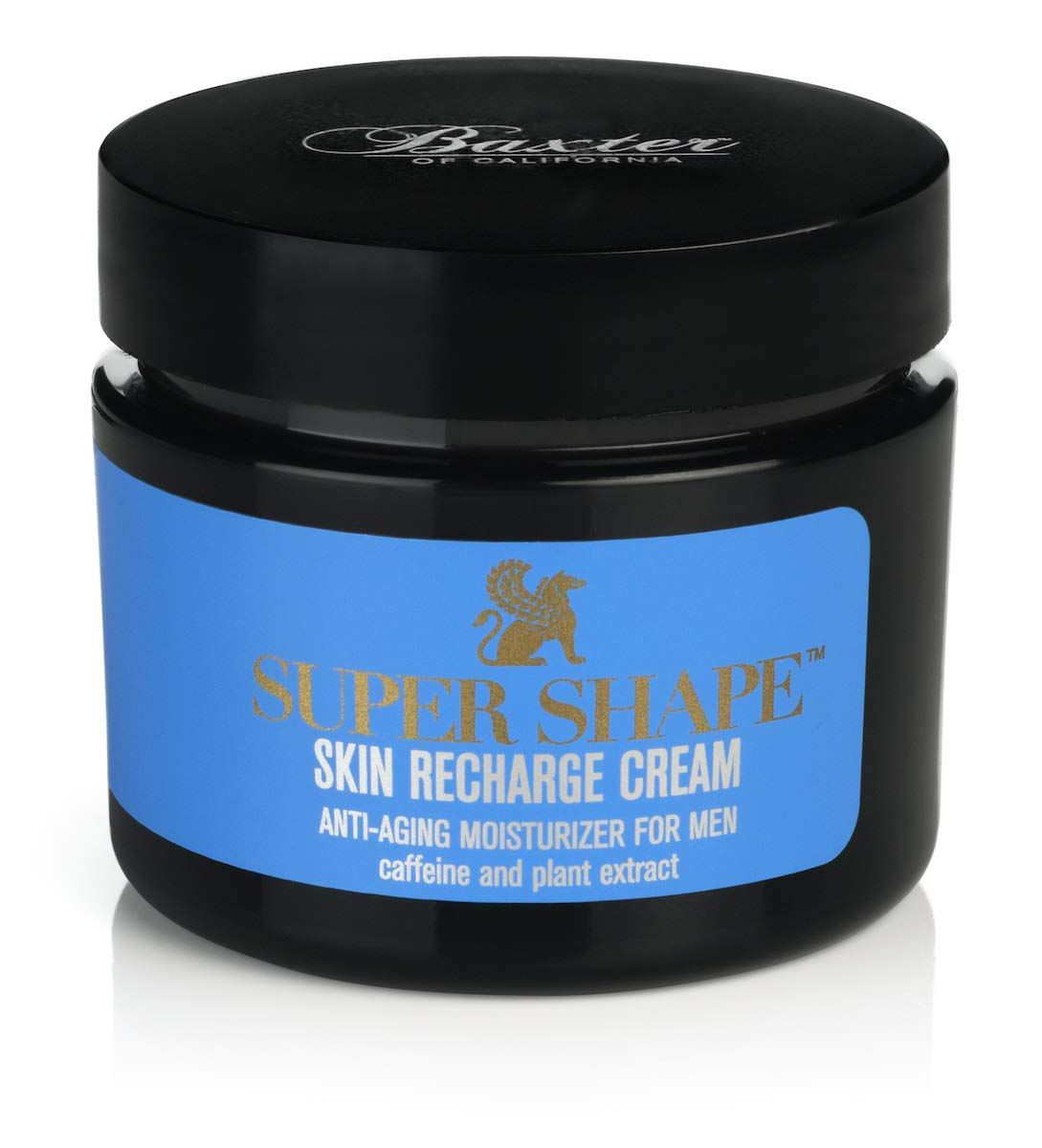 Baxter’s first ever product, the Super Shape cream has been reformulated to provide added hydration and anti-aging benefits. It’s lightweight and fragrance-free, which makes it great for all skin types. This is great for regular day and nighttime use. An added plus: it contains caffeine to help stimulate blood flow, and leaves behind a fresh, non-greasy glow. 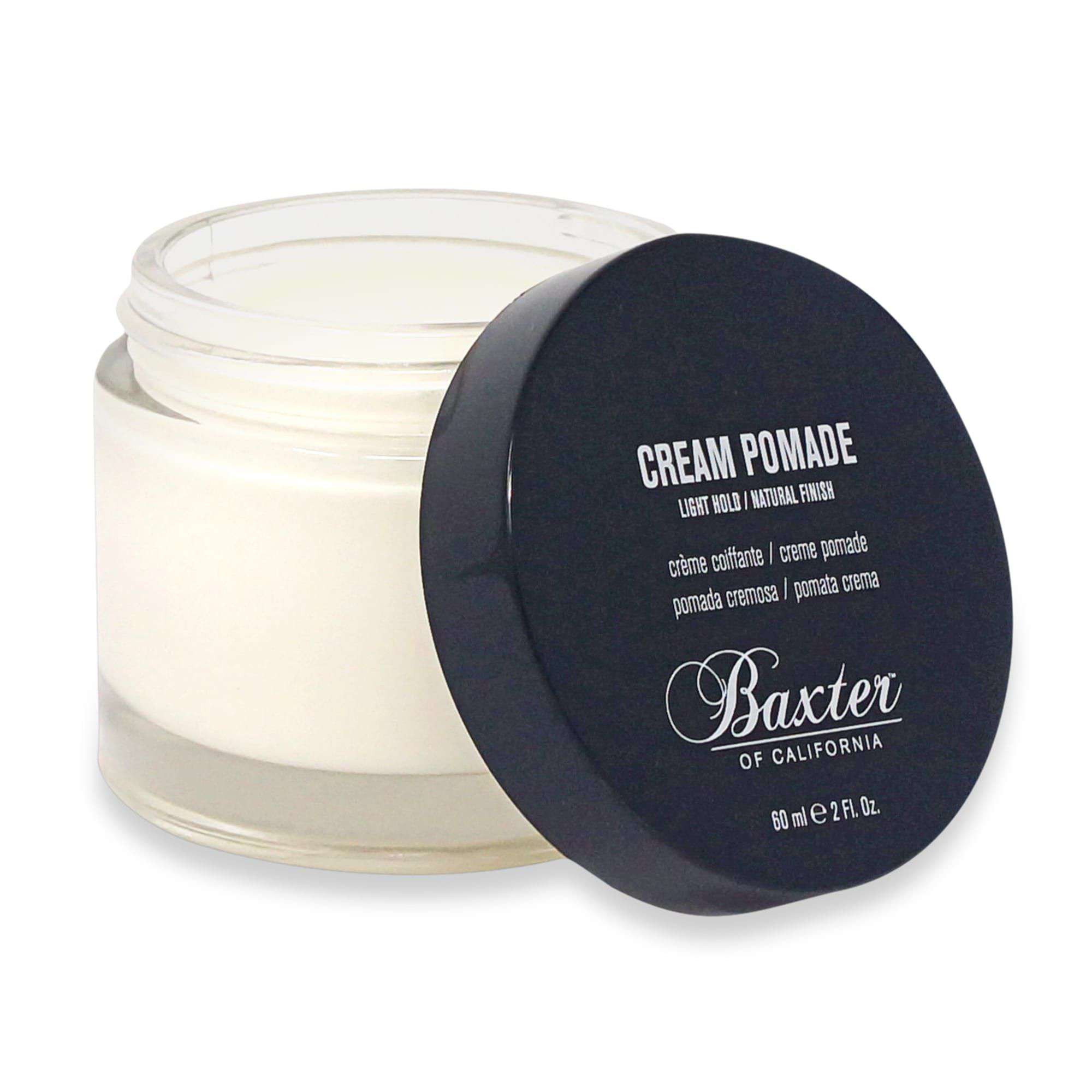 This is one of Baxter’s most versatile pomades from their hair collection. The cream pomade is excellent for taming, shaping, and styling. What’s great is that it works for most hair textures, helping reduce frizz and flyaways. It’s light hold, so you get more of a natural finish. 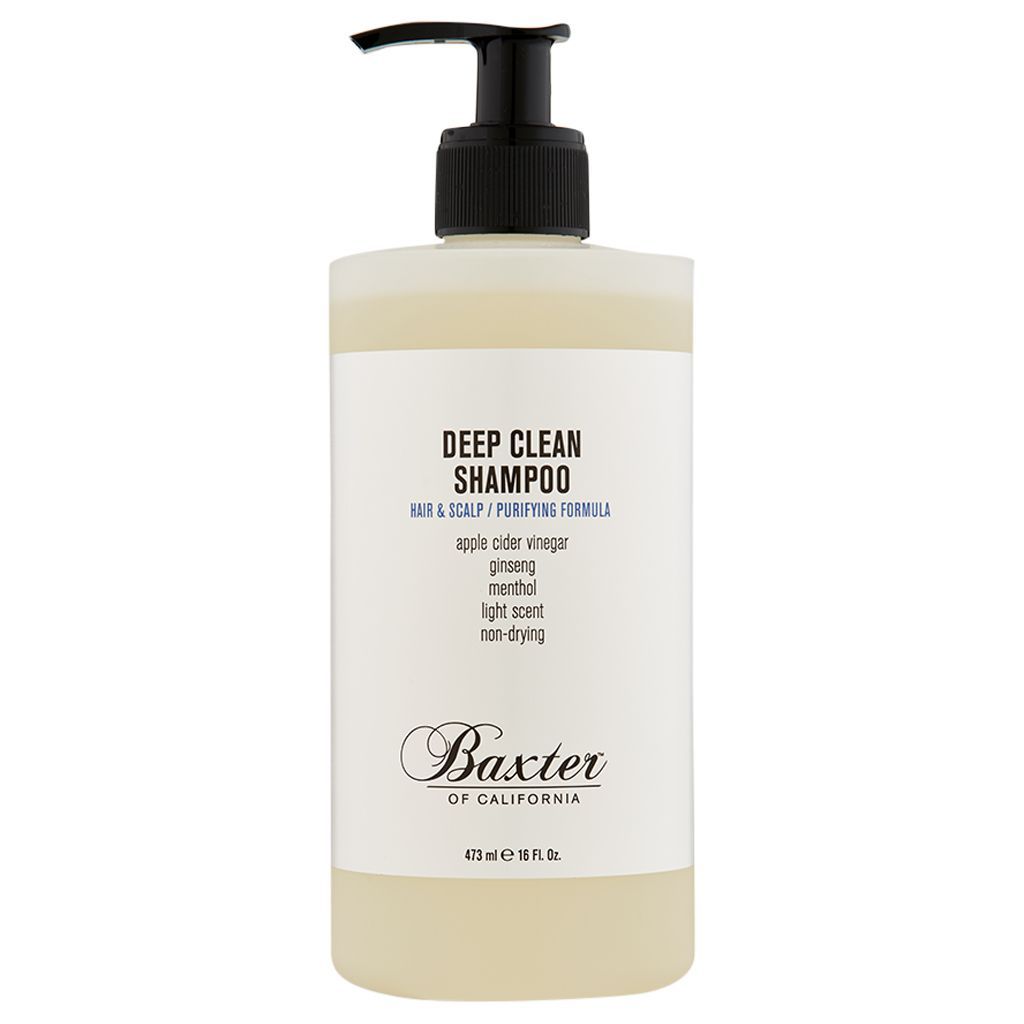 We all know the struggle of finding a good shampoo. The Baxter of California Deep Clean shampoo gently cleanses both scalp and hair, and does this without stripping away natural moisture. Scalp care is the key to overall healthy hair. This is a perfect companion to your shower, for all hair types. 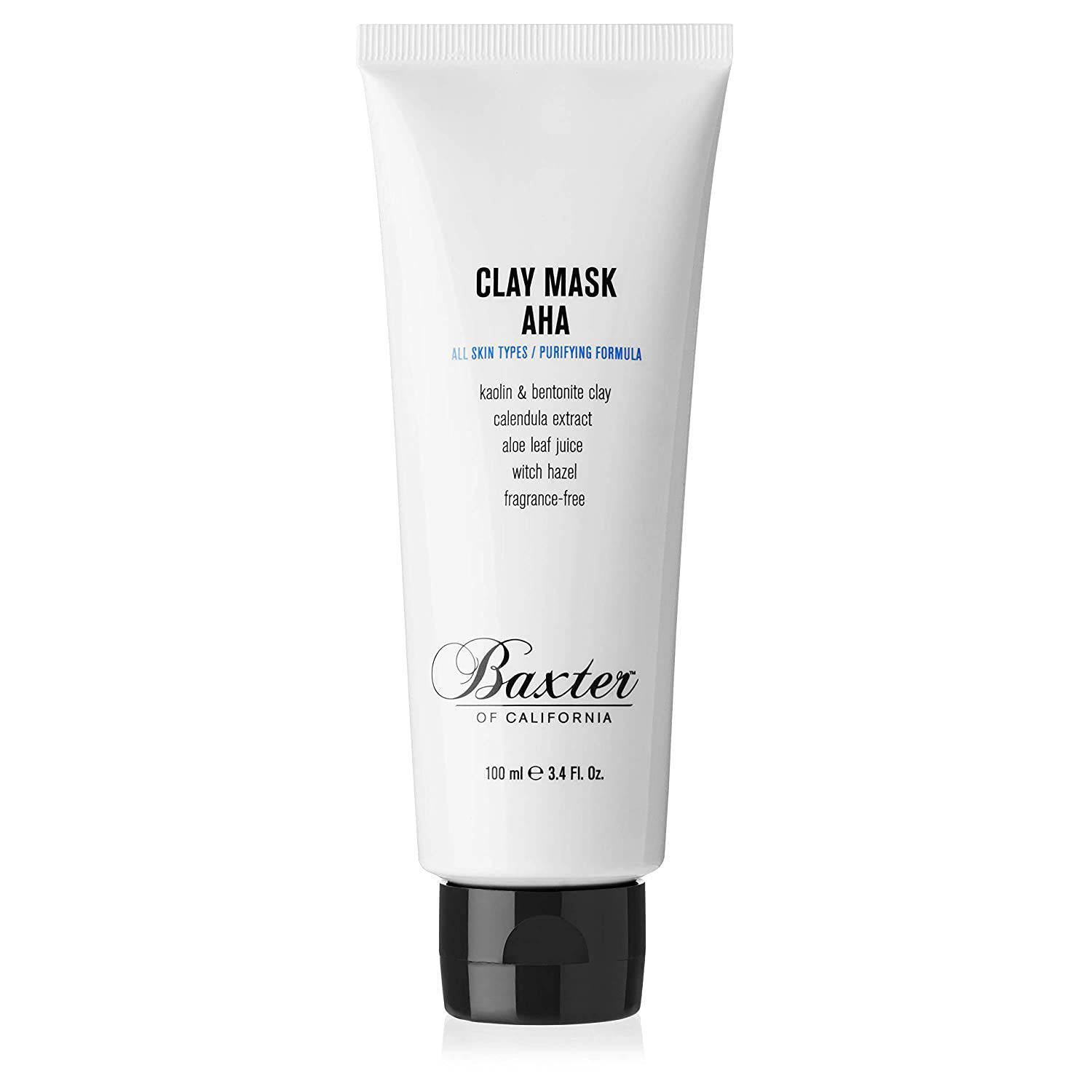 This is a gentle, yet effective 10-minute mask for exfoliating and treating breakouts. This cuts the extra time out of using multiple products; it works best once or twice weekly. The creamy clay is made with bentonite clay, which is known for its deep-cleansing effects, while alpha hydroxy acid provides texture-refining and anti-aging benefits for all ages. 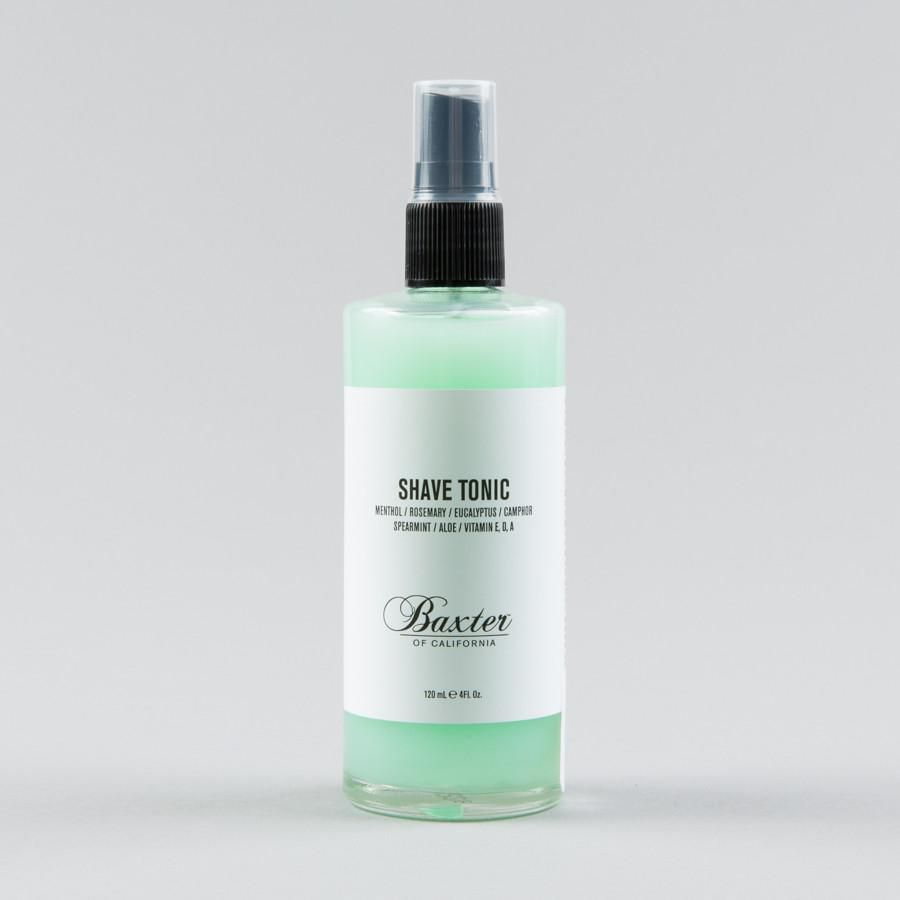 Everyone searches for that one product to complete their shaving routine. This is that product. The Baxter of California Shave tonic uses rosemary, eucalyptus, camphor, and spearmint essential oils to soothe and prevent ingrown hairs. The Shave Tonic also works as a pre-shaving treatment. Believe me, this is a secret weapon against the struggles of having facial hair. 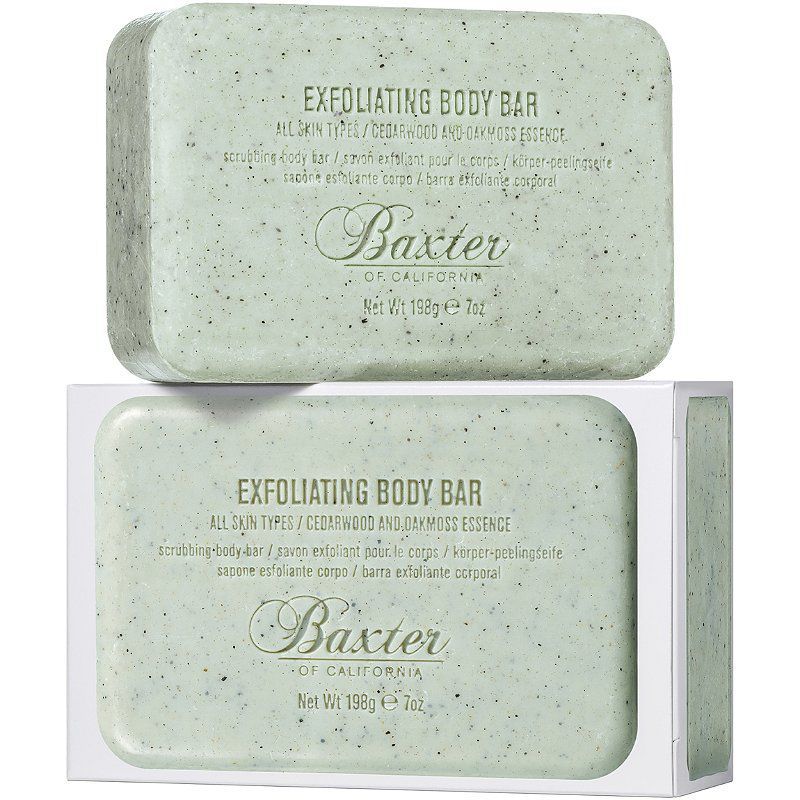 You'll toss your normal bar soap to the side after using this, trust me. This aromatic body bar is made with jojoba meal and crushed olive seed, which helps you avoid rough, dry winter skin and gently exfoliates without leaving you feeling dry and itchy. The rich cedarwood and oakmoss scent deserves to be a fragrance on its own (if you’re reading this, product development team—I'm a fan).