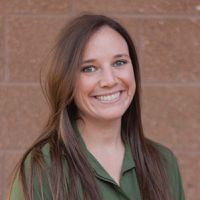 Kaitlin McGrath, DPT, is a Colorado-based physical therapist who has been working in outpatient orthopedics for two years and currently serves as a clinical director at Strive Physical Therapy.

What They Are Benefits How to Do Them Modifications
Barbell Curls Vs. Dumbbell Curl Safety Considerations The Takeaway

Curls are a weightlifting exercise that is known for strengthening your arm muscles. And while you might have thought they always involve dumbbells, that's actually not the case. Barbell curls exist, too.

Barbell curls are an advanced move, as even the light barbell is, well, not light for many of us. A standard barbell weighs 45 pounds, and EZ Barbells, which are the lightest option, are 15-20 pounds. That said, there are numerous benefits to performing barbell curls, and they're an excellent way to take your weightlifting game to the next level.

Ahead, we've got everything you need to know about getting started with barbell curls, including what they are, why you should do them, and more. We tapped trainers Josh Honore and Andy Stern to bring you the best info possible. Read on to learn all about this exercise.

What Are Barbell Curls?

A barbell curl is similar to a bicep curl done with a dumbbell, but again, it has one major difference: you use a barbell instead. Whereas dumbbell curls are a unilateral move, meaning they use one side at a time, barbell curls are bilateral, which means you use both sides of your body simultaneously together. Stern notes that "barbell curls are an isolation exercise, which means they primarily use the biceps, but there is some supporting engagement from the forearm muscles." Honore adds that "the barbell gives you the opportunity to add more weight than you might be able to for a bicep curl with dumbbells."

The Benefits of Barbell Curls

How to Do Them

If a standard barbell is simply out of your strength capacity, you have two other options to start with instead, both of which will allow you to work your way up to a regular barbell.

To perform a dumbbell curl, Honore instructs us as follows: "You start with the a weight in each hand, down by your thighs, either in a neutral or supinated grip. Then like you do with the barbell, squeeze your biceps, bending at your elbows, to bring the weights up toward your chest. Curl as far as you can while keeping your elbows underneath your shoulders. Then slowly release the bar back to your starting position."

If barbell curls are wholly within your scope and you want to make them more challenging, not less, there is the option of instead performing a kneeling barbell curl. Stern tells us that "the kneeling barbell curl is just like the standing barbell curl, but performed with both knees on the ground which means we need to fire up the glutes and core to balance." He says that it's "a great way to eliminate the potential help from the legs when performing a rep," and stress that "you do want to be careful, both standing and kneeling, not to pull with your back muscles."

A barbell curl follows the same basic movement as a dumbbell curl. For each, you'll be using your biceps to lift the weight. However, there are some key differences. A dumbbell allows more freedom of movement and the ability to use a different weight for each hand. Because of that freedom, it may also be easier to injure yourself. Barbell curls are a bilateral exercise where you're using both of your arms simultaneously, so there is less injury risk because your arms are working together. Barbell curls are also easier to scale up with weight on, making it more of an ideal choice if your goal is to build larger muscles and lift progressively heavier weights.

If you experience any pain in their elbows when doing this move should double check to make sure they're performing it correctly. Sterns stresses that "anyone experiencing discomfort or pain in the elbow, it could be related to your form. If your pain doesn’t subside after fixing your form, seek medical attention."

Additionally, upper body injuries might make this move the wrong one for you at this time. "If you have wrist, elbow, or shoulder injuries, you may not want to perform this move an should consult with your doctor before trying it," says Honore.

Barbell curls are an advanced version of dumbbell curls, in which you use a barbell to lift weight with your arms. They work the biceps primarily, but other arm muscles are involved too. Because they're performed with a barbell, which typically weights 45 pounds, they're an advanced move. If they are too challenging for you, you can begin instead with an EZ Barbell, which weighs 15-20 pounds and will make the move much easier. You should avoid barbell curls if you have any upper body injuries, or if you are not experienced in lifting weights. Provided it's the right fit for you, barbell curls are an excellent way to build more strength in your arms than you've been able to with dumbbell curls alone, and can help you sculpt the muscles you've been aiming for.

Everything You Need to Know About Hammer Curls