Everything You Ever Wanted to Know About Baobab

What is Baobab? Benefits of Baobab Side Effects
How to Use It The Best Products With Baobab

While beauty trends may come and go, many are rooted in centuries of routine. That's certainly the case with baobab, a trendy ingredient with a lengthy history. Often referred to as the “tree of life,” the baobab tree is native to Africa, and the nickname certainly makes sense, considering that a single tree can live for over 500 years. Part of its appeal is that the pulp of baobab fruit—extracted from baobab pods and then transformed into raw powder—has been a favorite ingredient in wellness and beauty treatments for millennia.

Arguably the biggest benefit of baobab is its many uses. "You can mix the oil in with products in your skincare routine, such as your moisturizer, or you can use it alone, in small amounts," notes Zain Husain, MD, a board-certified dermatologist and founder of New Jersey Dermatology & Aesthetics Center. Husain adds that the efficacy of the product depends on its strength. "You can find baobab oil in health shops or your local beauty store, but make sure that the ingredients contain a high amount of the product itself."

Keep scrolling to discover the many benefits of baobab when it comes to transforming your hair, skin, and nails, according to Husain; Rajani Katta, MD, the author of Glow: The Dermatologist's Guide to a Whole Foods Younger Skin Diet; and Rachel Ho, cosmetic chemist and founder of Rho Cosmetics.

Who should use it: Anyone suffering from dry or sensitive skin.

How often can you use it: Baobab is gentle enough to use every day.

Works well with: Baobab can be used in conjunction with other oils, on its own or mixed with masks or moisturizers.

Don't use with: Generally, baobab is safe to use with all other ingredients.

Baobab has a myriad of benefits—as you'll see below—but is most notable for its moisturizing properties. "Because Baobab is packed with vitamins B, C, and Omega 3s, when used for the face, it can help with dry, aging, and dull skin," says Husain. "The oil form can help soothe eczema and dandruff as well, because it is moisturizing, but it does not replace medications for the conditions."

Despite its popularity, we have very little scientific research on how baobab seed oil works for the skin, notes Katta. "One research study, although small, found that it had good moisturizing abilities and could help improve the function of the skin barrier," she notes. "This study analyzed the chemical composition of the oil and found that the three major fatty acids in the oil were linoleic acid, oleic acid, and palmitic acid. In general, to have a good moisturizing ability, natural oils should have a higher proportion of linoleic acid than oleic acid, so the fact that this chemical study found a higher proportion of linoleic acid is very promising." Katta adds that although this study was very small (comprised of only 20 volunteers), the researchers did find that baobab seed oil was able to reduce water loss from the skin and helped improve moisture retention in the skin.

Lightens dark spots: Baobab offers so many potential benefits to the hair, skin, and nails due to the vitamins and minerals it contains. "Vitamin C is commonly found in baobab, which helps relieve the skin of dullness and can lighten dark spots," notes Husain.

Boosts antioxidants: Believe it or not, baobab boasts the highest antioxidant content of all superfoods per serving (even surpassing goji berries and matcha). This, along with its ability to fight free radicals, makes it a perfect ingredient for aging skin.

Heals dry skin: Baobab’s moisturizing properties have been well-documented in scientific research. As a result, body oils and lotions formulated with baobab are the ideal addition to a skincare routine for those looking for a little added moisture.

Increases collagen: Not only is baobab rich in antioxidants but it also has an impressive amount of vitamin C, which is known to boost collagen production. This, paired with the oil's omega fatty acid content, makes baobab a vital substance for radiant, youthful-looking skin.

Strengthens nails: One of the most impressive benefits of baobab is its ability to heal cracked and dry nails. This is because baobab contains high amounts of protein and calcium, which both aid in healing and maintaining strong, healthy nails.

Nourishes hair: With the exceptional moisturizing and collagen-producing properties of baobab, it should come as no surprise that healthy, silky hair is one of our favorite baobab benefits. Baobab oil itself is abundant in vitamin E and antioxidants, which means that it's the perfect antidote for dry scalp and damaged hair. "Because baobab contains moisturizing components, such as Omega-3 fatty acids, using it in oil form for your hair can smooth out frizzy, dry hair," says Husain.

Provides gentle cleansing: Like many natural oils (tea tree, jojoba, and sea buckthorn—to name a few), baobab oil is not only nourishing but cleansing as well. Gently massage the oil into damp skin and rinse thoroughly with warm water for a healthy, natural glow.

Baobab oil is incredibly gentle, and therefore has no known side effects. But if you're just incorporating it into your routine, it's best to start slowly, as with any new product. "As with any natural oil, be especially careful if you have a history of allergic reactions," says Katta. "Although we don’t have much in the way of reports of allergy to this natural oil, for my patients with sensitive skin I always recommend testing a small amount of the oil on the forearm twice a day for seven days before using it more widely. "

Baobab oil can be used daily or at night but—thanks to its skin-brightening benefits—it's a better product for use during the daytime. "For anti-aging and skin protection benefits, use it in the morning," says Husain.

The Best Products With Baobab 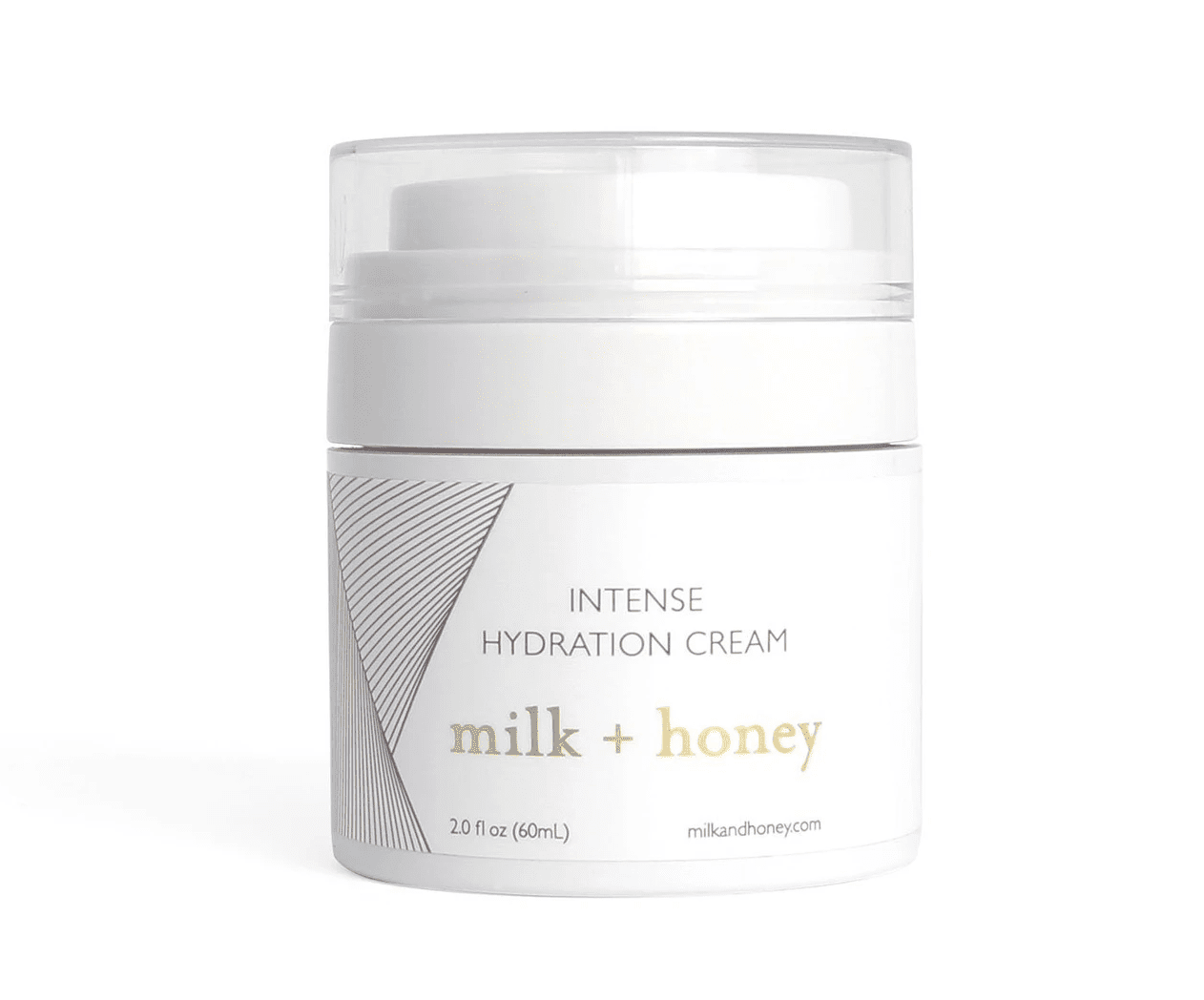 This absorbent hand and body lotion treats dry skin and repairs it with continued use. Skin is plump and healed as a result, but without any residual greasiness. 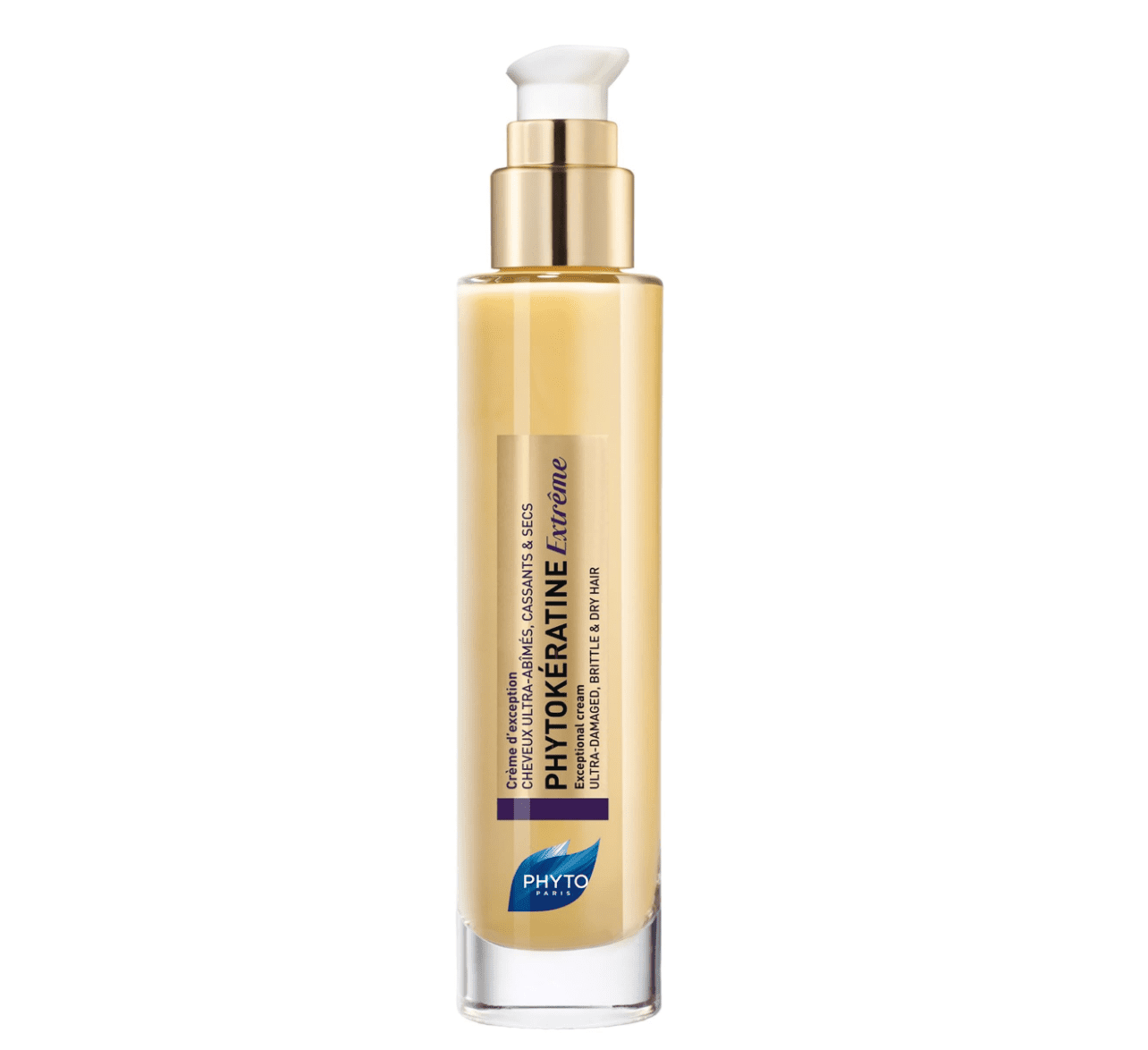 One of the best baobab benefits is its ability to alleviate irritation from common skin conditions. Baobab naturally has anti-inflammatory properties and can reduce redness, itchiness, and dryness both when applied topically and when ingested. It can also hydrate the hair, as users of this ultra-hydrating cream (which targets dry and brittle strands) can attest. 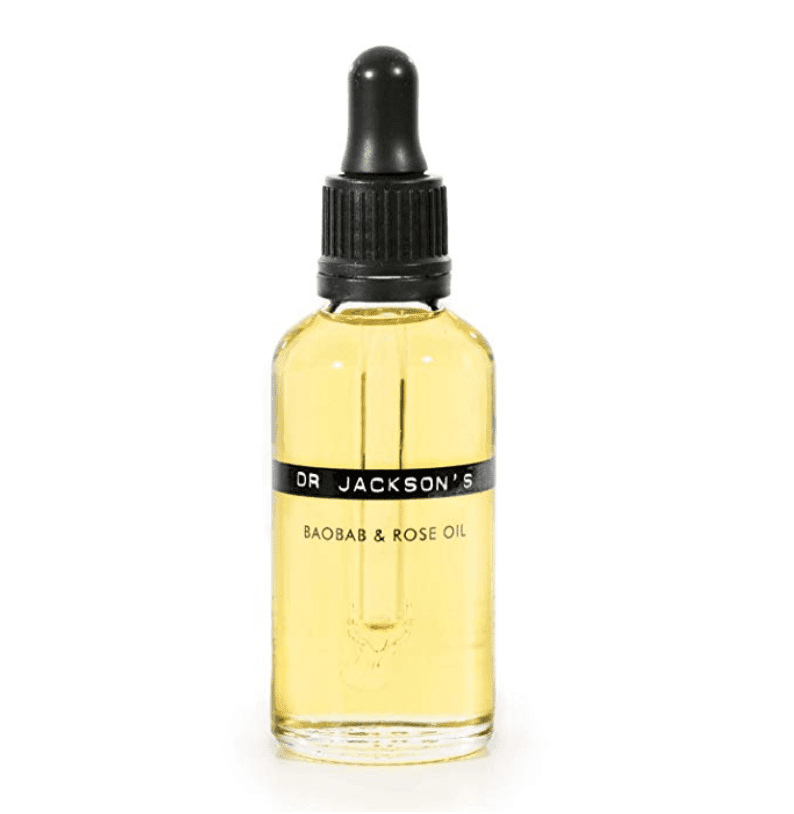 Packed with vitamins and nutrients, baobab oil can be directly applied to the skin to reduce the appearance of wrinkles and stretch marks. Its high vitamin C content (about six times more than that of an orange) promotes collagen formation, boosting the skin’s natural elasticity and smoothness. 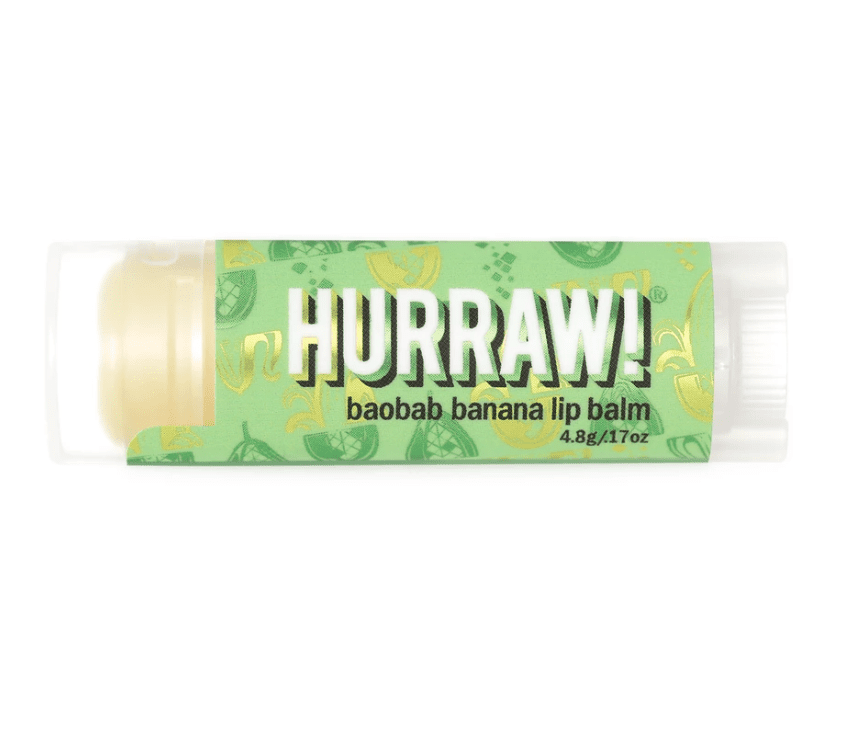 Those not keen on DIY-ing a lip balm with raw baobab oil can turn to product like Hurraw!'s, which already has the soothing ingredient formulated within. Better yet, it's vegan and all-natural, with a range of cold-pressed oils that nourish your lips upon application. 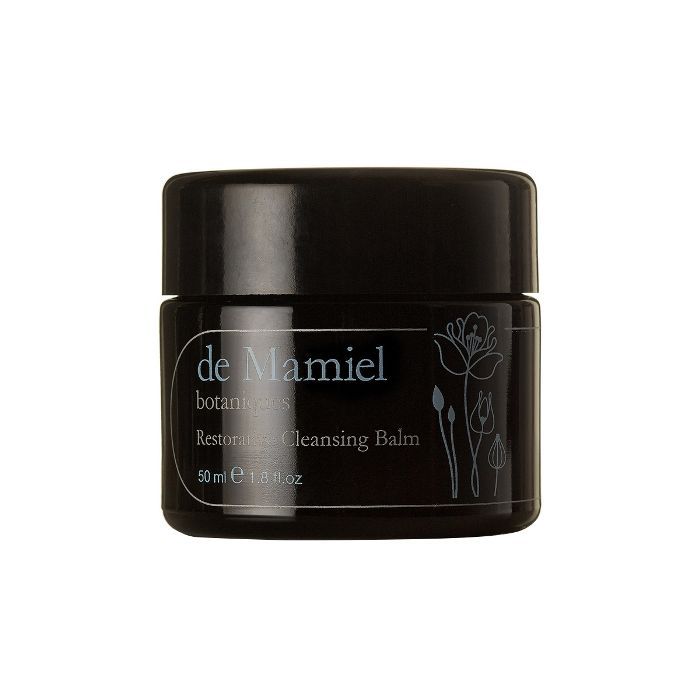 This replenishing cleanser doubles as a moisturizer, leaving behind a a host of naturally-sourced ingredients that soothe the skin well after it's been washed. It's meant to be used as a ritual of sorts—so apply it twice daily to wash away stress, dirt, and accumulated toxins. 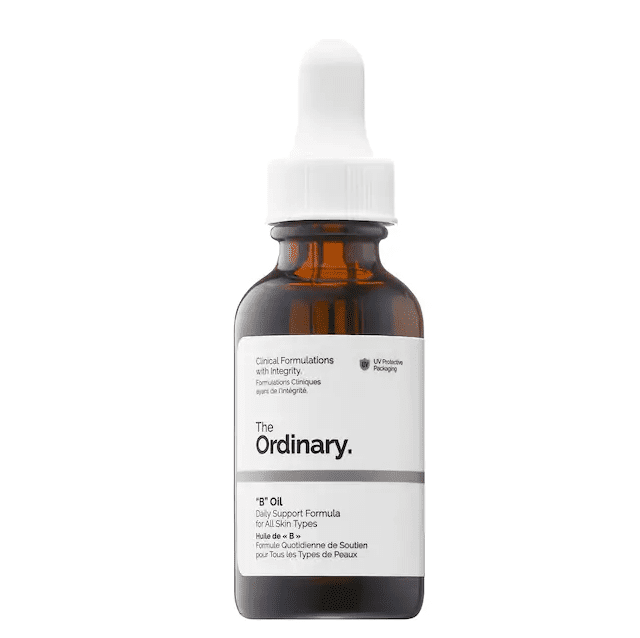 The Ordinary's B Oil contains a blend of nourishing oils, including Adansonia Digitata seed oil—which is just baobab by another name. "Applying a few drops to the skin can help smooth fine lines and wrinkles and even out your skin tone," says Husain.

Up next: Read on to see our editors' favorite hair masks for dry hair, including picks formulated with baobab oil.