Blue Skincare Products Are Way More Than Their Pretty Color: Get to Know Azulene

Roses are red, your skincare is blue? If you've been using any type of blue product (or have seen them all over the Internet), it's most likely that they contain azulene oil. Also referred to as simply azulene, the plant-based ingredient stands out among a crowded sea of other skincare players largely due in part to, you guessed it, its distinct blue hue. And while that pretty color does make for products that look great in a "shelfie," azulene oil is more than just aesthetically pleasing—it's also one of the best skin-soothing ingredients there is. Ahead, board-certified dermatologist Stacy Chimento, MD, of Riverchase Dermatology in Miami, Jessie Cheung of Cheung Aesthetics and Wellness in Chicago, and Vanessa Johnson, MD, a dermatologist from Health First explain why and how this buzzy blue ingredient works.

Main Benefits: Azulene oil soothes and reduces redness and inflammation. It's also moisturizing and enhances skin barrier function, and has some antibacterial properties.

Who Should Use It: Azulene oil is great for sensitive skin types, as it's both non-irritating and calming. It also helps dry and aging skin retain moisture, says Cheung.

How Often Can You Use It: It can be applied daily.

Works Well With: Other commonly used skin-soothers, such as aloe and vitamin E, Chimento tells us. Johnson adds that it's often found in many of the products meant to be used post-hair removal, as it's usually combined with mint extract, which delivers a cooling effect that pairs nicely with azulene's benefits.

Don't Use With: While it plays well with most ingredients, be cautious about products where it's mixed with multiple essential oils, as this increases the likelihood of an allergic reaction; many people are allergic to these oils, says Johnson.

What is Azulene Oil?

"Azulene is a natural botanical oil derived from the steam distillation of chamomile, yarrow, or blue tansy flowers, all of which have anti-inflammatory properties," explains Chimento. (Put a pin in that point on anti-inflammatory properties because we'll come back to that shortly.) Fun fact: Its name comes from the Spanish word for blue, 'azul,' because of the distinct blue tint, adds Johnson. Those anti-inflammatory benefits make it a choice skin soother, which is why you'll often see azulene in both professional and at-home products meant to be used after waxing or shaving, says Johnson.

Benefits of Azulene Oil for Skin

Anti-inflammatory: Azulene can calm a variety of skin irritations—more specifically, bumps and redness after shaving or waxing, says Chimento, who adds that it also helps ward off ingrown hairs. To that point, it's largely still found in post-hair removal products, though it is slowly being incorporated into more facial formulations. Similarly, products with azulene oil can be good to use if you're dealing with a sunburn, she adds. (Though here's hoping that you're wearing sunscreen religiously and not getting burnt in the first place.)

Moisturizes: Azulene oil enhances skin barrier function so that less natural moisture can escape, explains Cheung. Still, because it absorbs quickly, it's considered a "dry oil" and doesn't leave behind an oily residue.

Anti-microbial: Those anti-inflammatory benefits, coupled with the fact that azulene can also act as an anti-microbial, are why the ingredient is often found in acne treatments, says Cheung. However, Chimento notes that there haven't yet been enough clinical studies backing up the benefits of azulene oil for acne, and to consider this a tertiary benefit behind the other two.

Side Effects of Azulene Oil

Azulene oil is generally well-tolerated by most, but, as with so many other natural ingredients, an actual allergy is the most likely side effect. "If you're allergic to chamomile flowers, or any other plants in the daisy family, you could have a reaction to azulene oil," cautions Johnson. If you're worried, play it safe and start by testing a small amount of product on your forearm; if no rash appears after two to three days, you can feel free to apply it elsewhere.

The other potential issue? Our experts caution that azulene can make your skin more sensitive to the sun. Avoid sun exposure immediately after using a product with azulene, and make sure to generously apply SPF, because as we know, sun exposure can happen indoors too.

Your best bet is to follow the directions of the particular product you're using, though if one is meant to be used after hair removal, be sure to apply it immediately after shaving or waxing in order to reap the biggest benefits. Also worth noting: "Azulene oil will lose clarity and darken when turning bad," advises Johnson. "If you notice your product losing its clarity, it's time to toss it. To preserve the life of the product, store it in a cool and dark place."

The Best Products With Azulene Oil 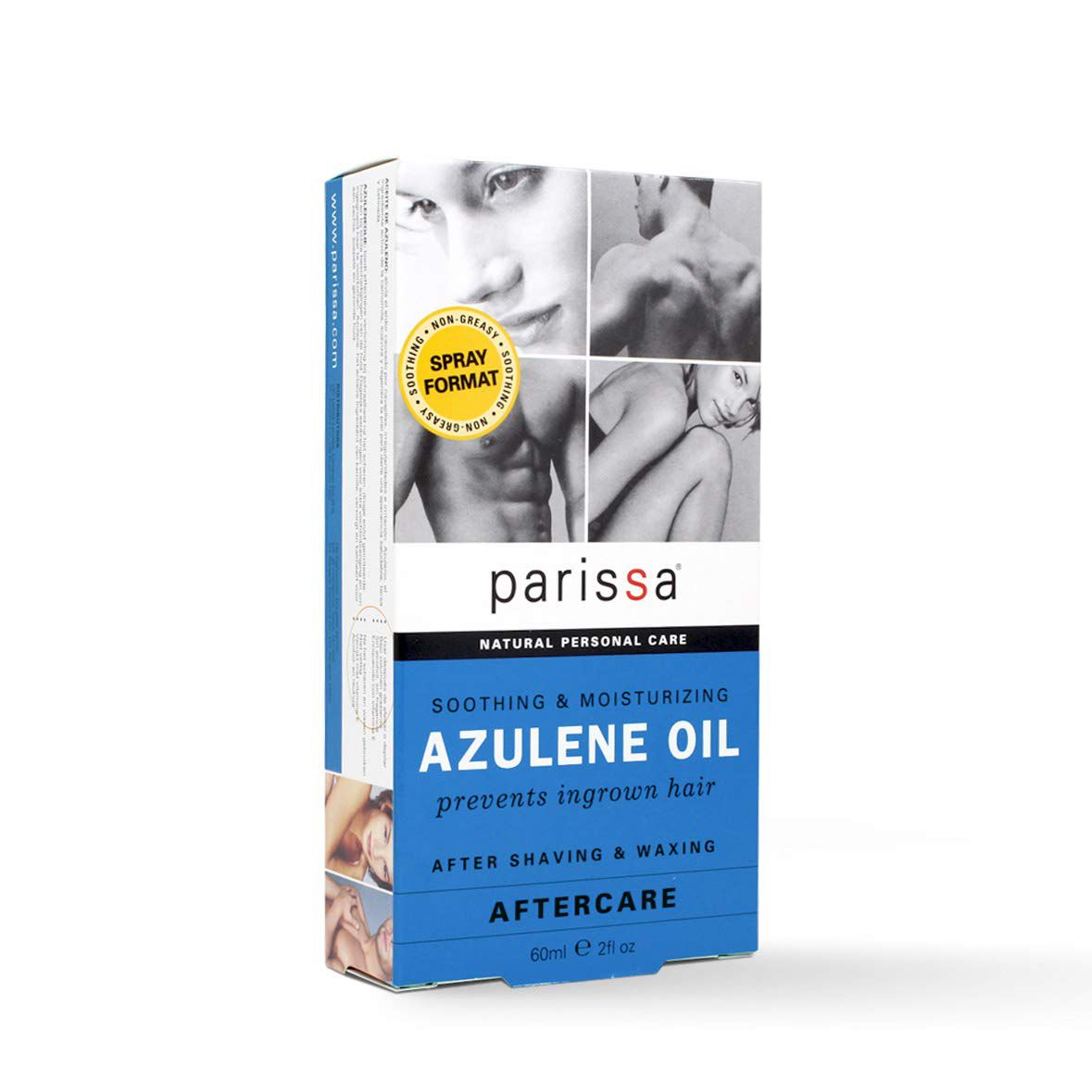 Both Chimento and Johnson recommend this simple and straightforward option. Chimento notes that it's great for preventing ingrowns and lauds the quick-drying feel. Johnson adds that it's also great for quickly reducing redness; if you wax, she suggests using it twice daily on the day of, then daily for three days after. 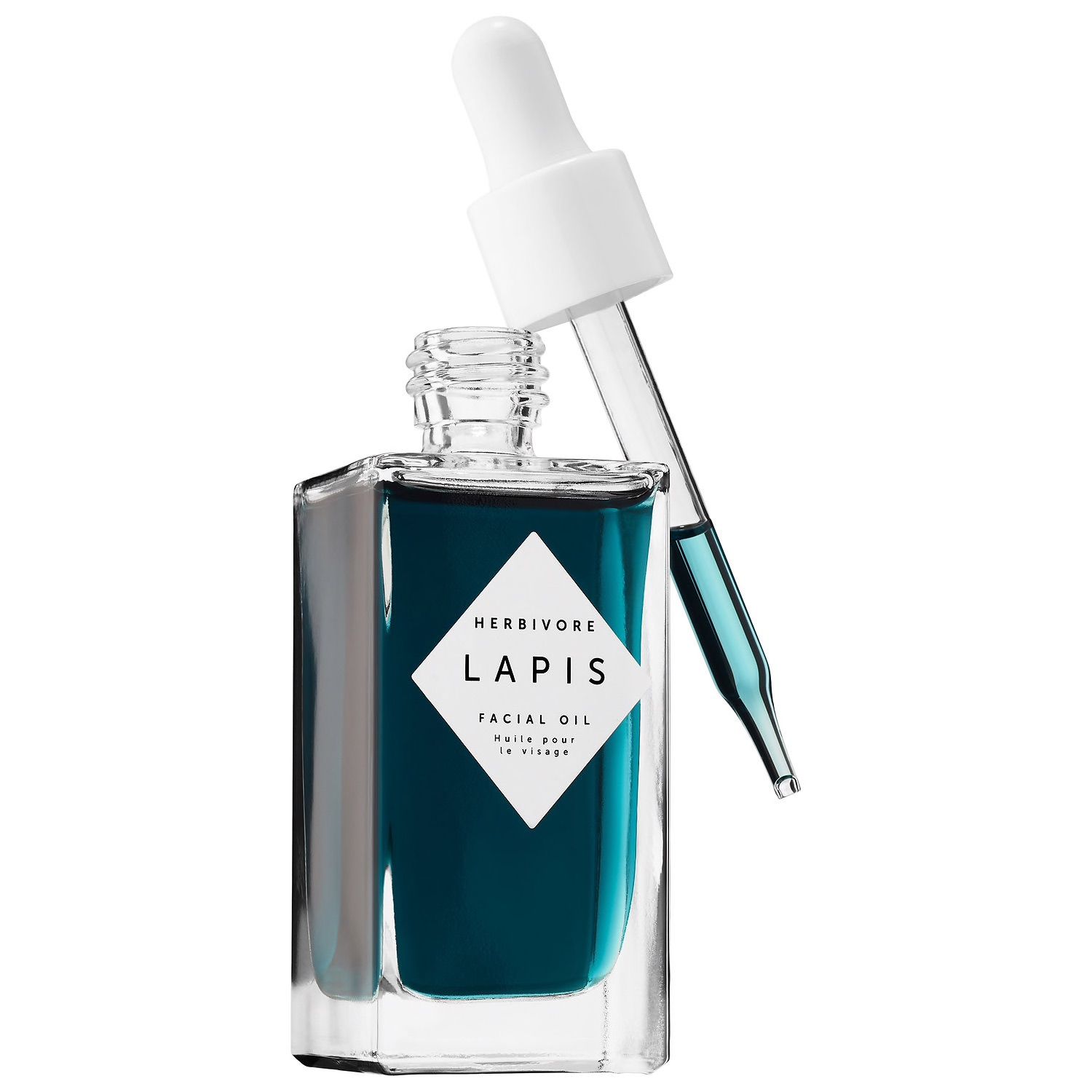 "Designed for the face, this oil is primed to deliver anti-acne and anti-inflammatory benefits," says Johnson of one of her picks. "Alongside azulene oil, it has jasmine sambac oil, squalene, kukui nut oil, and jojoba oil for a powerful moisture boost." Cheung is also a fan, adding that all of the oils in the mix absorb quickly and won't clog pores. 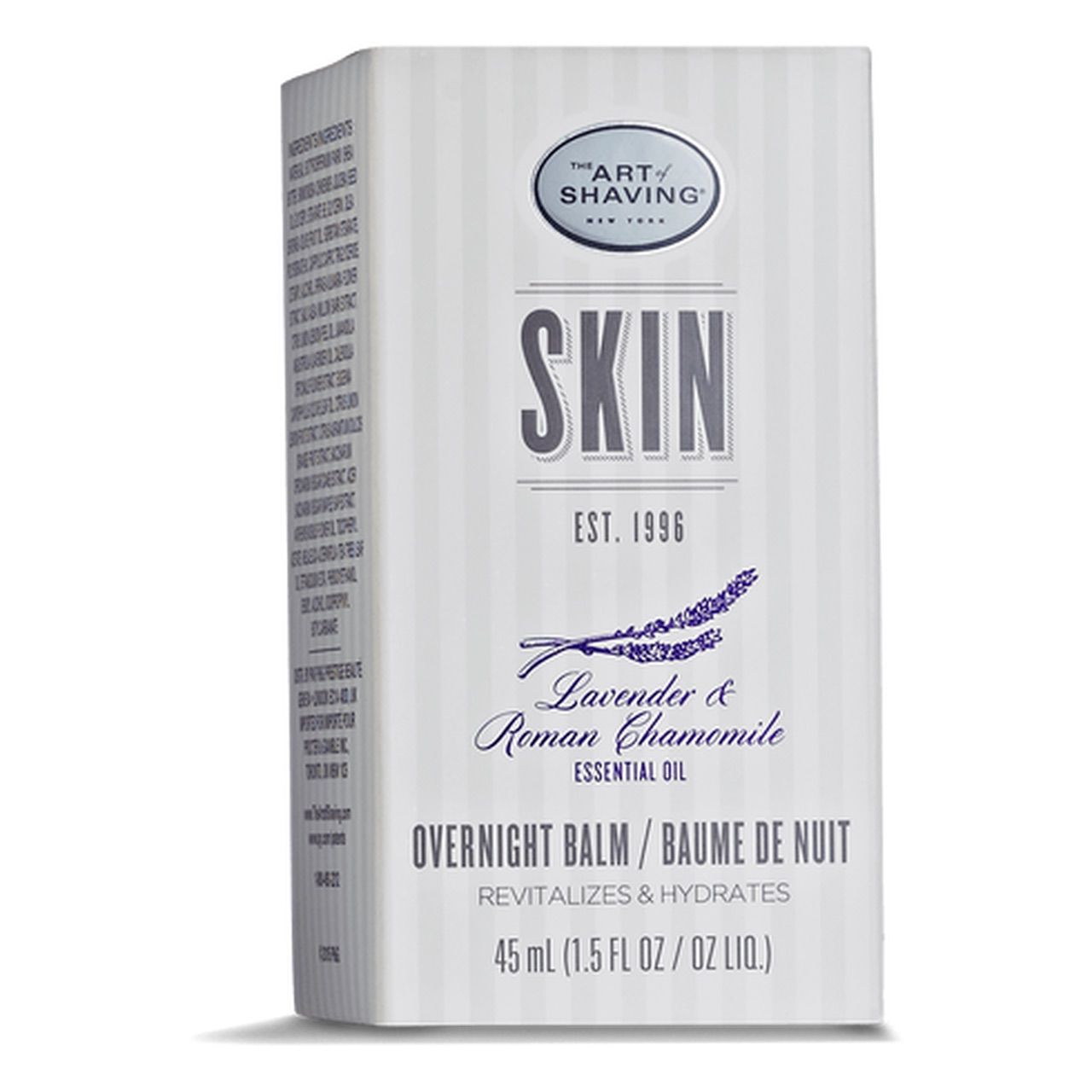 Chimento also likes this option, both for the immediate, soothing relief it delivers to irritated skin and for its smoothing benefits. Per the overnight name, it is in fact meant to be used at bedtime and does its thing while you snooze, so we especially appreciate the relaxing, subtle lavender scent. 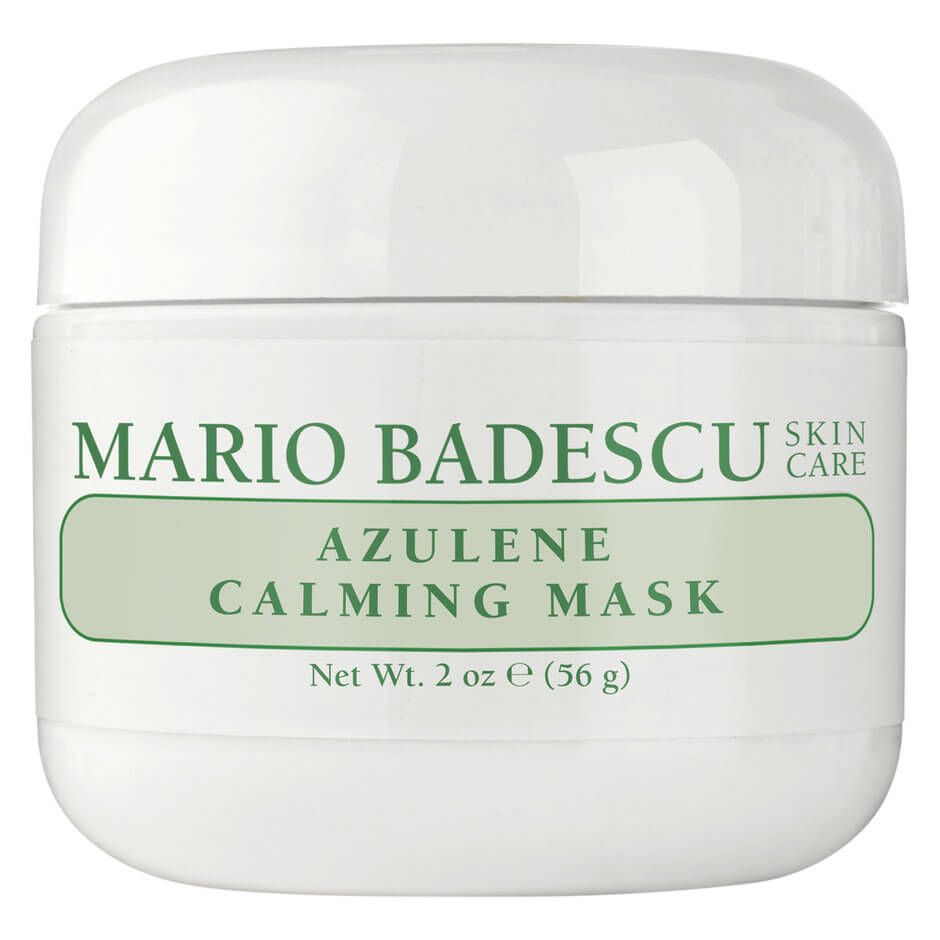 Dealing with skin that's both oily and stressed out? Cheung recommends reaching for this mask, which relies on clay to absorb excess oil and azulene for, you guessed it, the soothing benefits. Bonus points for the addition of other antioxidant-rich ingredients (vitamin E, olive leaf extract, evening primrose oil) and the fact that it works in as little as 15 minutes. 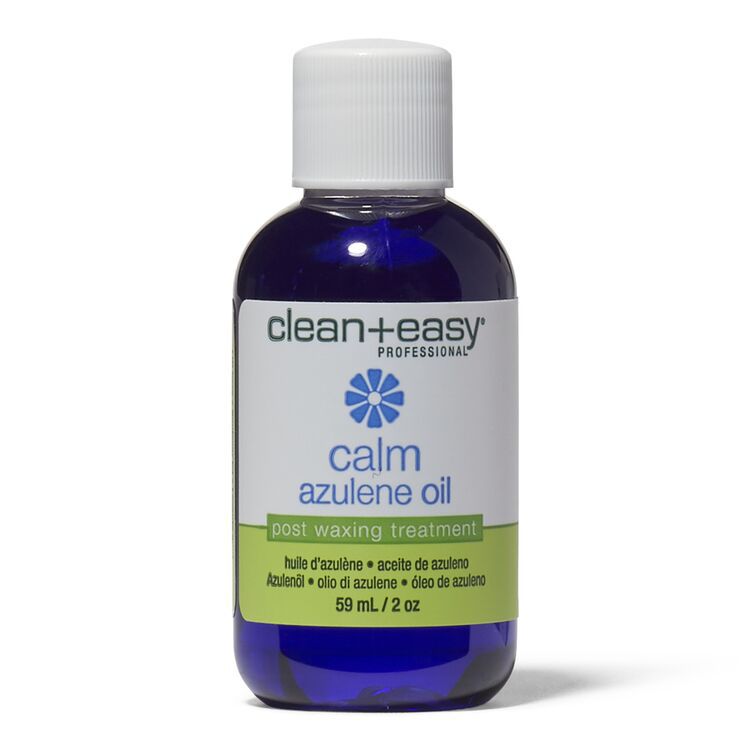 "This can be a great product for those looking for an all-in-one anti-inflammatory oil because it's also packed with vitamin E and aloe vera," explains Johnson. (The affordable price is another plus.) That being said, she's quick to note that it's not for those with potentially sensitive skin, given that it also contains lavender, sandalwood, and geranium essential oils. 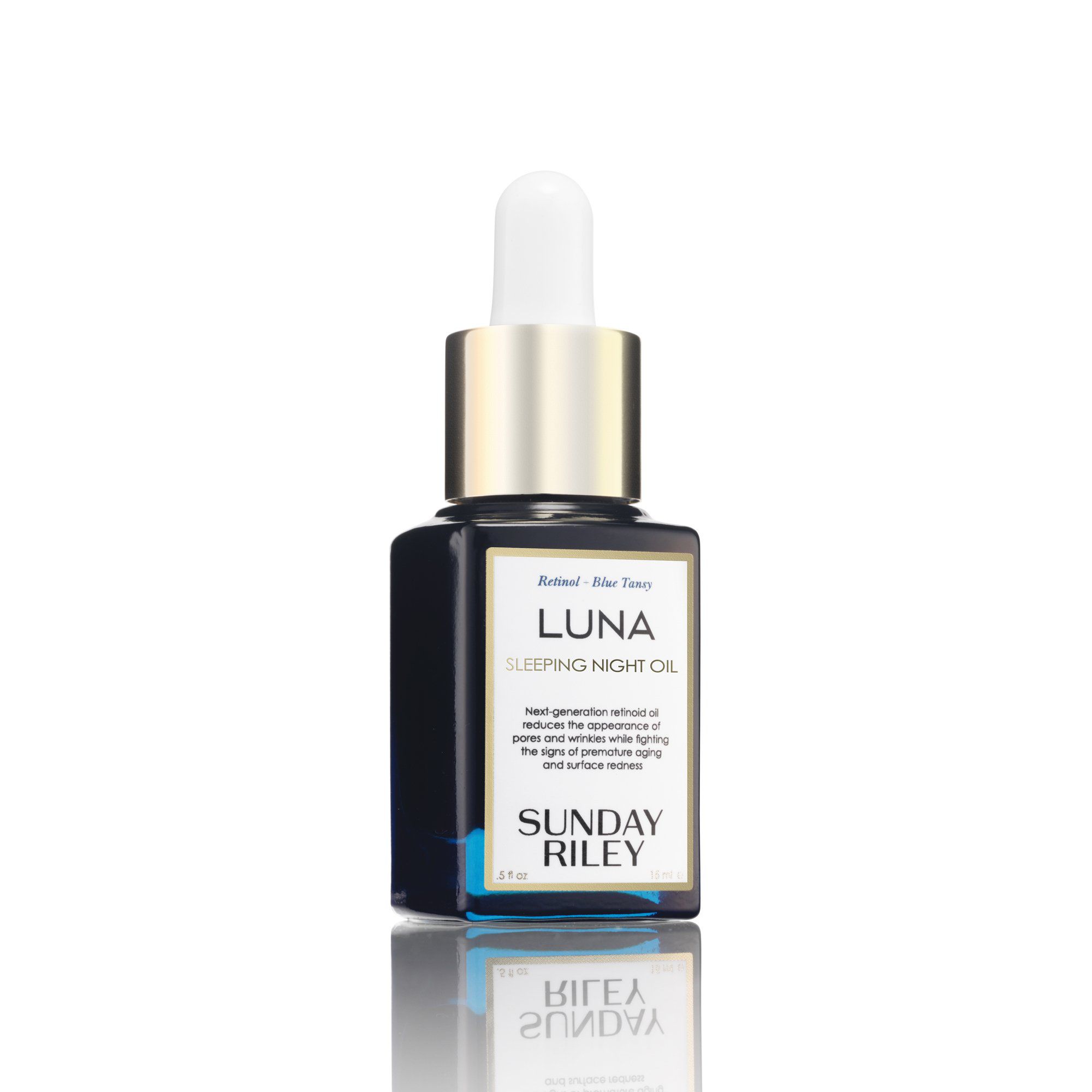 Azulene isn't listed specifically on the ingredient list of this anti-aging oil, but it is innately found in the blue tansy and German chamomile in the formula. Cheung says they're the perfect pairing for the retinol that's in the mix—the retinol rejuvenates the skin, while the azulene offsets and calms the potential redness and other irritating side effects that so often come with a retinol. 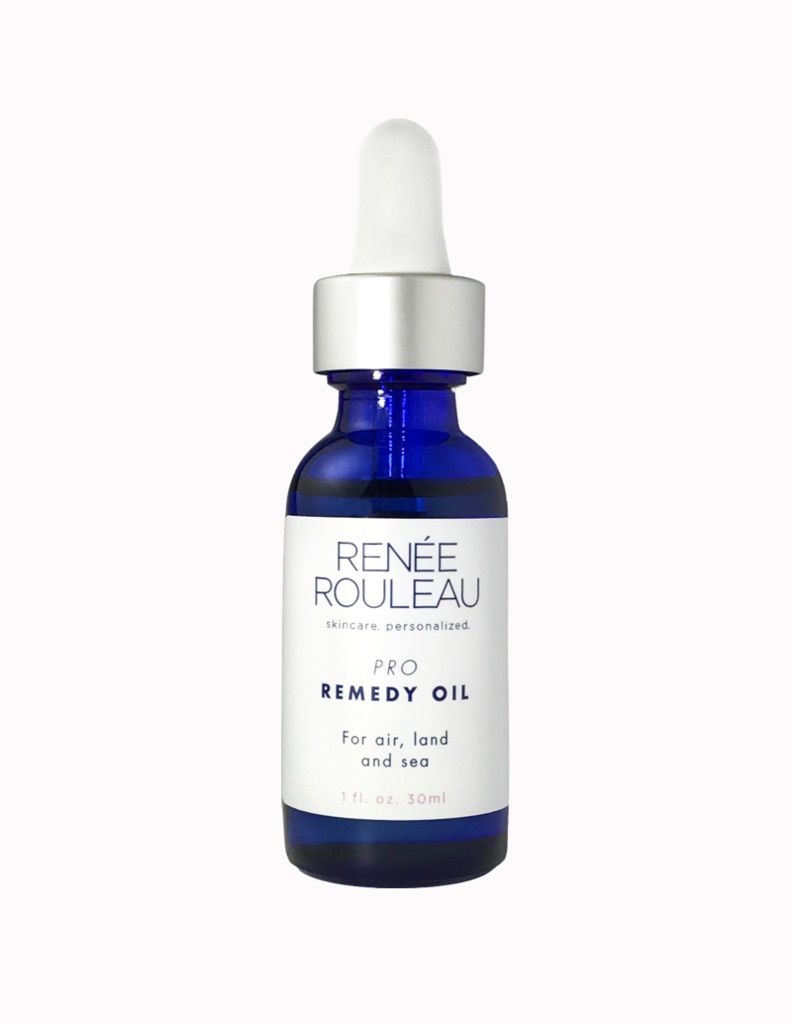 Chimento says this oil is tailored for reactive and/or dry skin, thanks to a litany of ingredients such as black seed oil, raspberry seed oil, evening primrose, and vitamin C, (and, of course, azulene). It's lightweight yet nice and potent, so all you need is a few drops to reap the hydrating, protective, and soothing effects.

FAQ
5 Skincare Benefits of Chamomile (And 8 Products to Try)