Could "Auricular" Acupuncture Be the Answer to All Your Sleeping Problems? 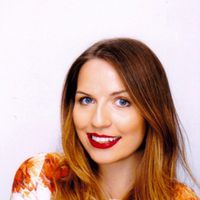 What Else Does It Treat? What Happens During Treatment? Does It Hurt?
How Will I Feel Afterwards? And, Lastly, How Often Will I Need Treatment?

You may remember first hearing about auricular therapy in 2006 when two plasters on Kate Moss’s right ear signaled that she might be receiving the treatment. But ear acupuncture dates back further than that; it’s been used in Chinese medicine for thousands of years, treating everything from digestive problems to addiction and insomnia.

“Ear acupuncture is a diagnostic tool as well as a treatment, based on normalizing the body’s functions through stimulation of specific points on the ear,” says John Tsagaris, a practitioner of traditional Chinese medicine. “The stimulation of the specific points can be from either needles, seeds, a soft laser beam or magnetic balls with a lot of modifications.”

The idea is that because these points correspond with certain parts of your brain and body, stimulating key areas in your ear can relieve conditions in your abdomen, chest, lower back, and even your feet. Many studies have shown that ear acupuncture can also help soothe stressed-out minds, with reports stating that the treatment appears to cause the systemic release of endorphins.

They say the old remedies are the best, and if you’ve ever experienced issues with sleep, you’ll know insomniacs will try just about anything to improve their chances of a good night’s rest. While herbal teas and sleeping pill prescriptions might be the usual course of action, auricular or ear acupuncture is really gaining traction for its ability to help you nod off.

What Else Does It Treat?

As well as sleep issues, addiction, and digestive problems, auricular acupuncture is also used to treat inflammation, circulatory concerns, pain in parts of the body, stress and mental disorders. Tsagaris adds: “[It has also] gained popularity due to its effectiveness on weight-loss management, by improving metabolic function.”

What Happens During Treatment?

Tsagaris can explain this: “After an initial consultation and a consent form, the practitioner will investigate your medical history and current health concerns. They will then prescribe to you a strategy of treatment, consisting of stimulation of some auricular points with a combination of body acupuncture or even herbal medicine, if necessary and appropriate for the individual.

“Any subsequent questions should be appropriately answered during the treatment to provide you with sufficient information. You will comfortably be seated, and the practitioner, having sterilized his hands properly, will examine your ears by starting with a hygiene sterilization using a gentle non-alcohol cleaning wipe or cotton pad.

“You are then asked to remain seated for up to five minutes following the removal of the needles to provide a reorientation period and reassurance of your well-being.”

If the thought of someone pushing pins in your ears sends a shiver down your spine, don’t fear; while the ear points may feel tender and sore at first, this sensation should only last for a second or two. “Also, any sensation depends on the method of stimulation,” Tsagaris adds. “Needles may feel more tender than seeds or laser beams, as the latter doesn’t provide any sensation.”

How Will I Feel Afterwards?

“Very relaxed and energized, with no side effects from the treatment,” says Tsagaris. “The ears themselves may feel a bit warm, but this is because of the activation of the ear points and local circulation.”

And, Lastly, How Often Will I Need Treatment?

Tsagaris advises having one treatment per week for two to three weeks before taking your sessions down to once a month as your medical disorder becomes less pronounced. “Alternatively,” he says, “special seeds are placed for longer periods of time and reassessed accordingly.”

Next up: How to stop waking up in the middle of the night.