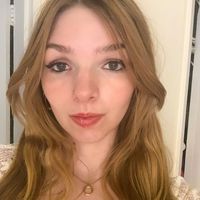 Aubrey Plaza is having a groundbreaking moment in her career. Where do we even start? Previously best known for Parks and Recreation, several impressive indie movies (like Black Bear and Ingrid Goes West), and her hilariously quotable interviews, the actress is racking up long-deserved acclaim, with a Golden Globe nomination for her role in The White Lotus as well as several nods for Emily the Criminal. As if that weren't enough, the newly blonde star has exciting projects like Megalopolis and Agatha: Coven of Chaos coming up. Plus, she's finally getting to bring her deadpan sense of humor to Saturday Night Live as the first host of 2023.

But just as standout as Plaza's acting and magnetic personality, so is her incredible sense of style. From old Hollywood glamour and stunning suit moments to looks that commit to the bit, versatility is the name of the game whenever the talent steps onto the red carpet—her longtime collaboration with stylist Jessica Paster is truly a beautiful thing. Mother Hag, as some fans call her thanks to her affinity for sea hags, is always mothering, and her aesthetic has already evolved so much over her years in the spotlight. Read on to see 25 of Aubrey Plaza's best fashion moments so far, and get excited for whatever she has in store next.

As captivating as its mysterious murders and complex scandals are, The White Lotus is all about its luxurious destinations and style—and Plaza arrived in a perfectly fitting look for the Sicilian season's premiere. This Mônot cutout gown, paired with matching nails and lipstick, as well as classic gold jewelry, struck a balance between the actress's personal style and that of her character Harper Spiller, and the fiery shade ensured she stood out all night.

Plaza started her 2023 red carpet style off with a bang at the Critics Choice Awards, wearing one of the most stunning Louis Vuitton gowns we've seen in recent years. The deep purple sequins are already head-turning, but the real star of this look is the neckline, which creates a mesmerizing optical illusion in a sheer sunset gradient.

Plaza's ability to match her outfit (and interviews) to any given role is worthy of its own awards and one of the best parts of her fashion sense. For the premiere of Ingrid Goes West, in which she plays a woman who stalks Elizabeth Olsen's influencer character in hopes of becoming best friends, she showed up just after her co-star in essentially the same Marc Jacobs black dress, just with gold glitter details instead of silver. The resulting red carpet moment was unforgettable and still makes the rounds on social media to this day.

Let's hear it for the back of the dress! Plaza showed up to the 2022 Academy Governors Awards looking ever the old Hollywood icon in a backless black Mônot gown with a plunging neckline, plus the debut of her blonde hair, which she dyed for her upcoming role in Megalopolis. The look has many convinced the actress would be a great choice to lead Netflix's upcoming The Seven Husbands of Evelyn Hugo adaptation, and we couldn't agree more.

The CFDAs are all about celebrating fun and innovation in fashion, and Plaza dressed appropriately for the occasion when she attended in 2021, making a statement in a tuxedo-inspired dress/blazer combo by Thom Browne. Androgynous and playful, the look was the perfect match for the star's infectious energy.

While Plaza has yet to attend the actual Oscars, her afterparty looks have us more than ready for the day she does. In 2020, she showed up in a white puff-sleeve gown from Hellessy, which she paired with diamond accessories and a chic metallic clutch.

Back in her Parks and Recreation days, Plaza was making just as much of a statement at Hollywood's favorite afterparty. From the bronzy copper tones to the balance of structure and slip, this Izmaylova gown is equal parts playful and glamorous.

Thanks to getting her start on TV, Plaza has been a longtime fixture at the Emmy Awards, where she consistently dresses to impress. This gown by Juan Carlos Obando embodies classic glamour with its white hue, delicate ruffle detailing, and 1920s-inspired silhouette.

Plaza is a repeat host of the Film Independent Spirit Awards, and her incredible jokes have us convinced that more awards show gigs are in her future. While she would wear several looks throughout the night when she most recently hosted in 2020, she set an exquisite tone upon arriving in a red and black color block suit from Alexander McQueen.

At Plaza's first (and so far only) Met Gala appearance, the theme was "Punk: Chaos to Couture," and the star played into this with a silver Marios Schwab minidress that contained multitudes. From the caped silhouette to the embroidery to the mirrored embellishments, the look is a subtle masterclass on how punk influences can work with any style.

For the series premiere of Legion, on which she played Lenny Busker, Plaza embraced the show's supernatural vibes in classic red carpet fashion. This sequined Rasario minidress shines like a disco ball, and the pussy bow adds a touch of balance that was perfectly on trend in 2017.

An A24 girl before it was cool, Plaza played a woman who comes back to haunt her boyfriend as a zombie in 2014's Life After Beth. The dark purple and green shades of this Valentino dress work perfectly with the movie's undead vibes, while the floral pattern and expertly tailored silhouette keep the look sophisticated.

Never afraid to go for it, Plaza attended the Jojo Rabbit premiere in an ensemble designed to make a statement. The all-black Khaite ensemble brought together a see-through blouse, a bralette, and wide leg trousers, creating a vibe that's both romantic and edgy.

For her first time hosting the Film Independent Spirit Awards, Plaza wore a series of modern takes on classic black and white looks. This Saint Laurent minidress, complete with embellished sleeves, was a standout.

We couldn't help but also feature the talent's YSL suit moment from on stage at the same awards. From the ruffled blouse to the ribbon tie to the subtly slicked back hairstyle, Plaza truly made the classic tux look her own.

Representing Parks and Recreation at the Emmys for the final time, Plaza celebrated in the most luxuriously fun fashion with a glittering gown by Alexandre Vauthier. While it looks like your typical low-cut black dress with slits upon first glance, the sparkles are actually multicolored, which is mesmerizing when it catches the light.

Plaza has an interesting history with the MTV Movie & TV Awards—she was kicked out in 2013 for crashing Will Ferrell's acceptance speech as a stunt for her movie The To Do List—but she keeps coming back, and her style consistently meets the balance of glamour and whimsy requisite of an MTV red carpet. This Elisabetta Franchi number shakes up a classic neutral minidress using flared, gathered sleeves and a trio of oversized golden bow motifs.

For the premiere of Legion's third and final season, color was the name of Plaza's game with this lime green floral midi dress from Prada. We love that through reimagining roses in a color you don't normally see them, the piece embodies an otherworldly chic perfect for the show.

Another look from an Oscar night past, this gown from Vionnet embodies effortless modern glamour. The body beautifully fuses beige and baby peach, and the chainlink straps add a subtle edge that Plaza complemented with a dark mani and bold red lipstick.

Years before her Emily the Criminal appearance at the BFI London Film Festival, Plaza promoted Ingrid Goes West in a Prada gown as sunny as the movie's idealized LA aesthetic. Giant blue ostrich feathers add a touch of glorious quirk that the actress seems born to pull off.

While out in SoHo during an Emily the Criminal press day, Plaza turned heads in a floral ruched minidress by Alessandra Rich, a black Bottega Veneta pouch, and woven heeled sandals. Sunglasses completed the chic, summer-in-the-city vibe.

Another standout tailoring moment from Plaza, this Thom Browne skirt suit feels particularly modern thanks to its knit material and the cropped blouse underneath. A classic bag and loafers complete the look that means business.

At the premiere of the 2019 Child's Play remake, in which she plays a widowed mother who gifts her son a doll that ultimately turns out to be Chucky, Plaza wore one of her most colorful looks yet: a sunny yellow Carolina Herrera minidress with red and blue florals. Also, if you look closely, that hair accessory behind her ear is a knife, so watch out.

Last but not least, an Aubrey Plaza fashion roundup wouldn't be complete without a witch outfit, as we've perhaps never seen anyone more dedicated to dressing for their book promo than she has been for her Christmas Witch series. From the hat to the caped LBD to the tiny drip of fake blood makeup, the multi-hyphenate star really committed here as always, and for that we are forever grateful.