written by
Hallie Gould
Hallie has worked in beauty editorial for nine years and has been at Byrdie since 2016.
Byrdie's Editorial Guidelines
Hallie Gould
Reviewed by
Sara Twogood
Sara Twogood, MD is an obstetrician-gynecologist at Cedars Sinai with a passion for educating the public about female health and wellness.
About Byrdie's Beauty & Wellness Board
Sara Twogood
Obstetrician-Gynecologist

It goes without saying that taking a pregnancy test can be an anxiety-inducing task—regardless of what you hope the results will say. It's a life-altering few moments, alone in your bathroom, when a piece of plastic will decide your fate. And I might add, it's a confusing process. There are tiny, hard-to-read instructions on the package, tons of common mistakes, and a flood of emotions seeping from every pore of your body. There are all kinds of factors to consider, like false positives, the time of day, how much you've peed, the angle at which you hold the test, and even the brand you decided to buy.&nbsp;

With all of that in mind, we decided to make a list of all our most asked questions—the kinds of inquiries we've never found answers to on the side of the box. We reached out to experts who know what those confusing lines mean, whether or not the test can "go bad" sitting in your bathroom cabinet, and how soon after sex you can take it. So consider us your freak-out-free source for all things at-home pregnancy test. Below, find some much-needed answers (and subsequent solace).

How Does a Pregnancy Test Work?

"Pregnancy tests work by measuring a hormone called HCG or human chorionic gonadotropin," explains Mary Jane Minkin, MD. "It is made as a fertilized egg implants itself in the lining of the uterus and starts making a placenta to nourish it."

Mary Jane Minkin, MD is a practicing gynecologist and the clinical professor of obstetrics and gynecology at Yale University. She is also the co-director of the Sexuality, Intimacy, and Menopause for cancer survivors program at the Smilow Cancer Center.

How Early Can You Take It?

"We can actually start measuring levels of HCG in your urine at about nine to 10 days after the egg is released and fertilized," says Minkin, that is, about six days before the first day of your missed period. But listen up: Not all pregnancy tests are that sensitive. It's recommended you take an at-home test on the first day of your missed period or later. "The test which can pick up this hormone earliest is the First Response Early Result Pregnancy Test ($9)," notes Minkin. 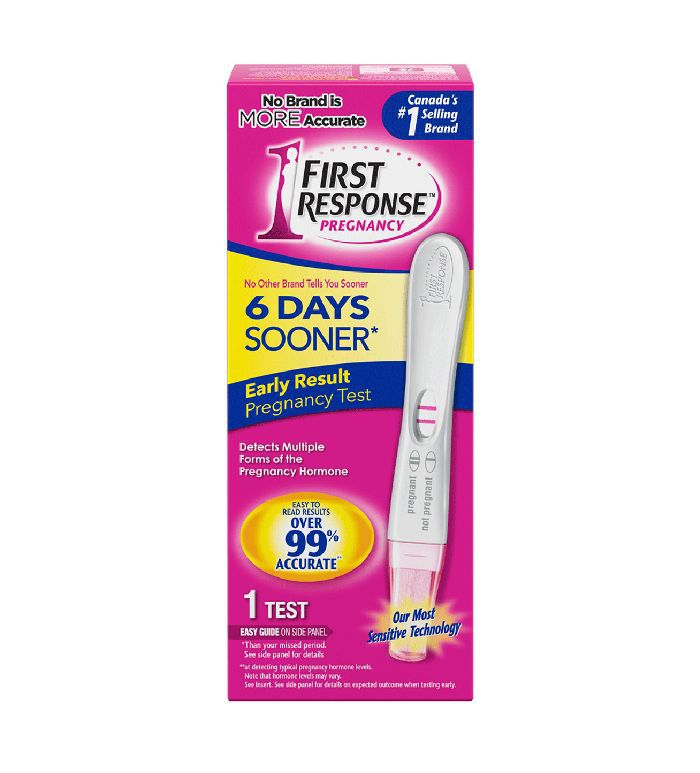 The Best Time of Day to Take It

"Ideally, use your first urine specimen in the morning," says Minkin. It allows for the most potent sample and highest concentration of the HCG hormone. "Typically, we advise 'holding your urine' for about four hours before collecting a urine sample," suggests Early Pregnancy Tests. Frequent urination can prevent a build-up in the concentration of HCG in your urine sample, meaning it's possible to receive a false negative result.

Should You Take More Than One?

If the test turns up negative, that means one of two things: "Either you're not pregnant or you're pregnant and not enough human chorionic gonadotropin has been produced yet," Alexandra Sowa, MD, an internist and clinical instructor of medicine at Weill Cornell Medical College, told Glamour. So "if the test is negative," suggests Minkin, "you may want to wait another day or two, and recheck. It is possible, for example, that you can ovulate later during that particular month than you thought you did originally."

If the lines feel confusing to you (as they do to me) you can purchase a test that offers digital results—it says "pregnant" or "not pregnant" rather than relying on an often puzzling decoding system. And even better, it is able to approximate how many weeks along you are as well. 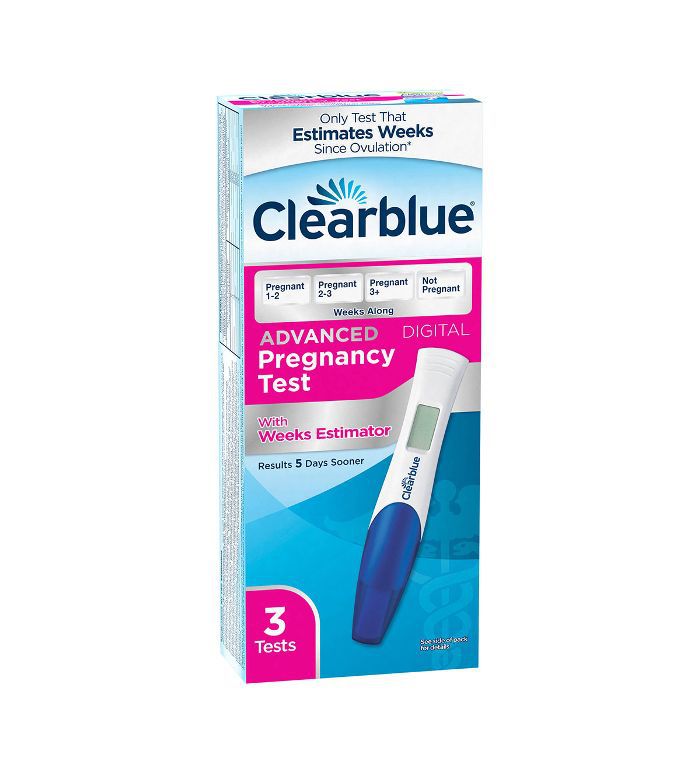 Can a Pregnancy Test Expire?

Yes, they can expire. But not for a while, according to Minkin. "They're typically good for anywhere from two to three years," Christine Greves, MD, a board-certified ob-gyn at the Winnie Palmer Hospital for Women and Babies, told Women's Health. There's an expiration date stamped on the package, so if you use it after that time, your results may not be accurate. We recommend purchasing a new one if that's the case.

If You're Trying to Conceive

If you are anxious, one other test you can do at home is the First Response Ovulation Predictor Kit—you can find out exactly when you are ovulating. That way, you can make sure to maximize your chances to conceive any one month. And if you find out you aren't ovulating, do check in with your gynecologist care provider.

Also, if you are 35 or over and have been trying unsuccessfully for six months or more, check in with your provider to start doing some fertility testing. "For couples under 35, it's okay to give it a year, but check in then if you're not yet pregnant," explains Minkin. Good luck, and have fun.

If You're Not Trying to Conceive

It's a good idea to figure out your ovulation schedule as well, as it'll lead to less panicked at-home pregnancy testing. Try the aforementioned ovulation kit and download a period- and fertility-tracking app to keep everything straight (my favorite is Clue). That way, you can know when to be extra careful, when to expect your period, and how to move forward with a better understanding of your body.

Here's What to Expect When You Take the Morning-After Pill