They Say Never Meet Your Heroes, but I Spent 20 Minutes With Ashley & Mary-Kate

Hallie Gould
Hallie Gould is Byrdie's editorial director. She has a decade's worth of experience as a writer and editor, and her bylines can be found in such publications as ELLE, Cosmopolitan, and InStyle.
Byrdie's Editorial Guidelines

There I was, a mere two feet away from Ashley and Mary-Kate Olsen—women who have been immeasurably influential in my own coming-of-age story. Though, I’m not going to wax on about the Got Milk? ads I clutched between my teenage fingers or the time I had bangs cut for the sole purpose of growing them out as they did. Because while Ashley and Mary-Kate have been in the public eye their entire lives, they now stand, individually, as 34-year-old luxury designers who don’t partake in the usual media fodder. It’s their penchant for fine fragrance that brings me here today, ahead of the launch of their newest Nirvana Eau de parfum duo.

I was led into the brand’s showroom in the West Village—a space with minimal furniture that still felt comfortable and warm. Their aesthetic is famously precise yet somehow difficult to pin down, a duality that lends well when creating a pair of fragrances that can be layered together or stand on their own. They greeted me, their impossibly big eyes fixated on mine. “It’s so nice to meet you,” I said, and really meant it. I shook their ring-clad hands and sat down. They sipped tea, and we talked about summer—why August is touted as “slow” but yields slow-burning anxiety before the inevitable season change. I pressed play on my voice recorder and began my approved line of questioning.

On Their Fragrance Line

Ashley and Mary-Kate Olsen launched Nirvana, a set of fragrances meant to evoke the feeling of an “intimate moment,” in 2013. There was Nirvana Black ($85), a sensual, woody scent with notes of violet and sandalwood, and Nirvana White ($85), floral musk with peony and Muguet. After, they added two more pairs (Bourbon and Rose last year and now French Grey, a lavender, neroli, and musk blend, and Amethyst, with notes of tobacco, honeysuckle, and cedar).

The women let me in on their process. “We started with Black and White in the very beginning,” Mary-Kate starts, “and you go through so many single notes that you really do you fall in love with. Though they may not be perfect, individually they stand out. Whether it’s a musk or a floral, there are so many different variations on a single note. Even just sandalwood alone you can go through so many. All of them stick with you along the way—it’s sort of like fashion in the sense that everything evolves and you can revisit an idea later on with something that better complements it. That’s why we choose to launch two fragrances at a time.”

As all their fragrances have been predominantly unisex, I wondered if those choices were deliberate, based on the current cultural and political climate. In this case, inclusivity was the goal, though they’ve been drawn to less traditionally gendered scents from the beginning. “We’ve always been attracted to all types of scents, including colognes,” Ashley says. Mary-Kate agrees, “A male friend used to wear Tova, this amazing musk. If you love musk, oriental notes, or darker tones, a lot of the time those are found in colognes or aftershaves. That’s part of the nostalgia for me. We want this to feel like smelling an old T-shirt or having a memory. We want everyone to participate. It’s not just about females; it’s having the masculine and the feminine.” Ashley adds, “We launched it with that intention, to be inclusive to everyone.”

We want this to feel like smelling an old T-shirt or having a memory. 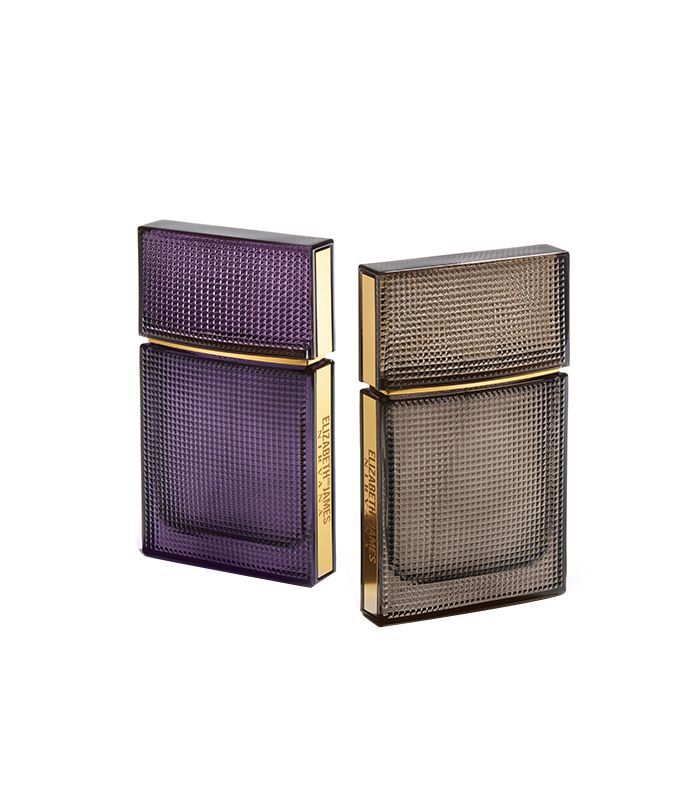 On Self-Care and the Industry

As we breezed through each question, their eye contact was unwavering. It felt surprising from women who rarely take interviews, and refreshingly casual. I was looking right into the faces of those whose hairstyles I so often copied and whose clothing choices have influenced decades of my life. Yet our conversation was as engaging and warm as it’d be if I were sharing a couch with two old friends. I admit it felt really special. Perhaps that’s the magic of Ashley and Mary-Kate Olsen: Just when you think you have them pinned down, they surprise you with something remarkable.

I asked if getting involved in the industry has altered their relationship with beauty in any palpable way—if perhaps, like me, it adds to the anxiety of it all. “I feel like I know more about the industry. That’s for sure,” Ashley responds. “I’ve learned about the different trends, why things work, and why other things don’t work. But on a personal level, I think it has evolved into more of a relationship with myself—that’s where the beauty comes from. It’s how you view yourself and take care of yourself.”

“What’s the last self-care practice you indulged in?” I asked, expecting the answer to be holistic in nature and more New Age-y than “I got a manicure a few minutes ago,” which is what Ashley replied, with a laugh. I found myself grounded again, reminded of the relatable effect I noticed in their presence earlier. “I didn’t have time,” Mary-Kate said, holding up her bare nails. “But I got a massage this weekend, which was really, really nice,” Ashley continued. “I don’t do that very often. Bodywork, in general, can be really helpful from a self-care perspective.”

The conversation turned to hair, a nearly impossible topic to avoid when I’m sharing a room with two women who (along with Mark Townsend) practically paved the way for the current "undone waves" movement. I told them their hair garners thousands of searches on Google each month—it really does; I checked. I didn’t tell them I use a picture of them as a reference at the hair salon, but I was thinking it really hard. "Why do you think people are so drawn to your hair aesthetic?" I asked. “I don’t know!” They both answered, in tandem, seemingly perplexed by the information but also revealing a glimmer of self-awareness about the fact that they are, of course, beauty icons for an entire generation of women.

"When we were younger, part of our ‘thing’ was to set trends—whether it was clothing, hairstyles, or makeup—and we would take risks in those kinds of ways,” Mary-Kate says. “I’d like to say that Mark [Townsend] would say we have a natural texture to our hair, with a slight wave to it, that people are attracted to. That’s why you’ll go and find a sea salt spray or some kind of hair mist. There’s definitely a lot of products out there. Our decision to launch the first fine-fragrance dry shampoo was a nod to that in some ways.”

“Dry shampoo existed,” Mary-Kate continued. “People have been using it for a very long time, but this was the first fine-fragrance version. I think we do weird things with our hair! I remember back around the time dry shampoo first came out, I used it to color my hair for events—I wanted my hair to be white or have a specific look. We’ve been working with Mark since we were 12 or so. It’s a great relationship and one that allows us to evolve together.”

“When we first launched the dry shampoo, it was a test,” Ashley says. “Kind of just dipping our toe in the pool of beauty products. But then people really liked it.” I told them it was my favorite for its texture and grit but the ability to keep my hair from looking greasy for days. “You should tell Mark that!” Ashley said smiling. “It’s amazing—someone can be wearing it in a restaurant, and you’ll smell it from across the room. Fragrance travels.”

Before heading our separate ways, the three of us discuss our love for Biologique Recherche products—P50 ($65) in particular. “I feel really connected to that brand,” Ashley says, excited that I had found the products life-changing as well. We joked about how the smell and slight burning sensation keeps people away, but the results are undeniable. That, and how mysterious it is that you can’t find much information about it online. I told her about a facial I had gotten in Charlotte, North Carolina, at Toska European Spa. “I love hearing those stories,” she told me. And with that, I peered across the table at them one last time and told them it had been an absolute pleasure. And I really meant it.