Meet Ashley Campuzano, the Mexican-American Actress Using Her Platform to Pay It Forward

Plus her favorite beauty products. 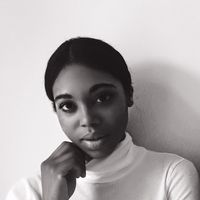 Ashley Campuzano starred as Tiffany Ramos in the 2013 hit show East Los High. The show initially aired on Hulu and broke the mold for streaming television, being the first and only show on the platform to have an all-Latino cast and crew at the time. From her days on the teen drama series, Campuzano has grown into many roles, including actress, influencer, and activist. But her most proud role to date is being the daughter of immigrant parents.

At a very young age, Campuzano aspired to be an actor. Still, like many people, she saw little representation of women who looked and sounded like her in media, but she didn't let it deter her plans. Instead, she adopted a glass-half-full mindset and looked to artists like Selena and Eva Longoria as inspiration for what she could become. "Growing up, Eva stood out to me, and now more than ever, she's the ultimate girl boss," Campuzano says. The actress's transition from on-screen talent to producer and mogul kept Campuzano motivated toward her goals. "Coming from an immigrant family, hustle is in my blood," she says.

Over a recent chat on Zoom, Campuzano spoke about what fuels her creativity, her motivation to continue acting, and how she's advocating for more representation. Read on to learn more.

When did you first know you wanted to be an actress?

"I learned early on and started putting on shows for my family where I would act out scenes and perform songs from Selena. Growing up, she was someone I always looked up to, not just because of her incredible talent but because she was the first Latina to break through mainstream media and pave the way for those to come. Seeing her on television and her songs were the first sign of representation I saw, pushing me to pursue my dreams."

So acting wasn't your only love?

"Not at first. I started acting at 13-years-old, but it was mostly in commercials and print work, and I still enjoyed dancing and being in school productions. Around 15, I knew that acting was what my heart loved most, and I began attending acting classes to improve my skill and knowledge on set. When I booked the role of Tiffany Ramos on East Los High, I knew all the work I had put in would pay off."

What were some of the challenges you faced in your acting journey?

"One of the biggest roles I met was continuing to be pigeonholed to Latina-focused roles versus being seen as an actress for the general market. Don't get me wrong—I love representing my culture and am proud to be a Mexican-American woman and actress. Still, it used to be very challenging because there were very stereotypical roles for Latinas. Things have shifted a bit, but we still have a long way to go. With many first-generation Americans today, I think we need more storylines reflecting our unique experiences."

Who inspires you today?

"Eva Longoria has been a continued inspiration for me. From her days on The Desperate Housewives to her current ventures. Seeing her on screen as the only Latina lead on a primetime show was rare. Since then, I've followed her career and have admired how she's evolved into a director and producer to change the narrative of Latina actors and bring our stories to life."

What does advocating for Hispanic voices mean to you?

"Giving back has been a passion of mine since I was young, and as my career grew, it was something that became increasingly important. So when I was 21-years-old, I started a non-profit organization called Conscious Hearts Foundation to give back to Latinx children in the foster care system. Around the holidays, we'd host small events and collect gifts for kids in Tijuana. It was gratifying, and I enjoyed being able to bring joy to those kids. The pandemic slowed things down, but we aim to get back to our events this holiday season."

How do you stay grounded and creative?

"I like to dive into work that feels authentic. Traveling is something I've always loved, so a friend and I recently started an experiential consulting company called AG Experiential, where we provide trips with luxury experiences for our guests. I think exploring different places can refresh your attitude and mindset. I've been fortunate enough to visit some magnificent places but remembering where I came from keeps me grounded. I also find peace in being creative. I take acting classes regularly to stay on my toes and have found Instagram to be a creative outlet."

"I like to wake up early. Usually, around 6 am, I go through my daily checklists. Once I'm up, I first make my bed, and then I start my skincare routine. I've been really into lighter makeup these days, so I live by products like the Glossier Jelly Cleanser ($19), Augustinus Bader The Cream ($280) and Oil ($245), La Roche-Posay SPF ($16), and Laneige Lip Sleeping Masks ($24). After that, I quickly do my brows and add some mascara before heading out for a brisk walk in search of coffee."