Ascorbyl Glucoside for Skin: Benefits and How to Use

Dermatologists weigh in on who should use ascorbyl glucoside.

If you're not yet using vitamin C as part of your skincare routine, you may want to get on it, stat. The vitamin gets an A+ in the beauty industry, thanks to its laundry list of proven benefits. Not only is it a powerful antioxidant that can combat the damaging effects of free radicals caused by exposure to environmental toxins such as UV rays and pollutants, it also inhibits the production of melanin (pigment) in the skin and can aid in collagen production. Translation? Vitamin C is a triple threat, leaving your skin healthier, brighter, and smoother.

Still, there are more versions of vitamin C out there than you might think, and while they all work similarly and have similar effects, there are subtle differences between them as well. Case in point: Ascorbyl glucoside, which may be a more stable, gentler take on the vitamin. Ahead, board-certified dermatologists Marnie Nussbaum, MD, and Sheel Desai Solomon, MD, explain why you many want to seek out this type of vitamin C.

Who Should Use It: In general, because this is a less potent version of vitamin C, it's a good option for all skin types and anyone looking to brighten a dull complexion, enhance radiance, and stave off signs of aging such as fine lines and wrinkles, advises Nussbaum.

How Often Can You Use It: Recommended use is usually once a day, though it can be used twice daily as well.

Works Well With: As an antioxidant, ascorbyl glucoside plays nice with many different ingredients, though it works especially well with niacinamide, a type of vitamin B. "When combined, these two ingredients can help address issues such as loss of firmness and elasticity, wrinkles and fine lines, unevenness in the complexion, and large pores," explains Solomon. All antioxidants also work well with sunscreen, offering an added layer of protection.

Don't Use With: Benzoyl peroxide can oxidize vitamin C and should therefore be avoided. Vitamin C and retinol are active at different pHs and therefore should be used separately if you want the full potential of each ingredient, notes Nussbaum.

What Is Ascorbyl Glucoside?

At the risk of channeling overly complicated, high school chemistry class vibes, ascorbyl glucoside is a water-soluble form of vitamin C that's combined with glucose, a sugar. In the world of vitamin C and its derivatives, l-ascorbic acid is the most potent, pure version (just like retinoic acid is when you're talking about retinoids).﻿﻿ "Once ascorbyl glucoside is absorbed into the skin, an enzyme called alpha-glucosidas breaks it down into l-ascorbic acid," explains Nussbaum. This is why you then get all those awesome vitamin C effects such as skin-brightening and wrinkle-smoothing, but, in this case, because it's undergone a conversion process, it's much less likely to cause irritation. This also makes it much more stable; whereas l-ascorbic acid is notoriously unstable and easily rendered inactive by exposure to oxygen or light, ascorbyl glucoside is a lot more stable in heat, light exposure, and oxygen, says Solomon. And that's exactly why it's so often used in so many beauty products. (FYI, you may also see it listed on an ingredient label as Vitamin CG.) The bottom line: While ascorbyl glucoside is not as potent as the pure stuff, because it is so stable you can feel confident it's working, and it's also gentler on skin.﻿﻿

Benefits of Ascorbyl Glucoside for Skin

At the end of the day, all types of vitamin C are antioxidant powerhouses, though the benefits definitely don't stop there.

Ascorbyl Glucoside vs. Other Forms of Vitamin C

As mentioned, it's not as strong as l-ascorbic acid, but it is gentler and more stable. The other big thing it has going for it? Unlike l-ascorbic acid, ascorbyl glucoside is water-soluble, meaning it can be formulated into many skincare products that are water-based, such as serums, notes Nussbaum. It's much more similar to sodium ascorbyl phosphate, another type of vitamin C; both are water-soluble, stable, and gentler than l-ascorbic acid. Further, Nussbaum says that while there's not a lot of data comparing the two, one major difference appears to be that ascorbyl glucoside remains stable at a variety of pHs, whereas sodium ascorbyl phosphate is stable at only about a pH of 7. And that's yet another reason why the former is so often used in a variety of different product formulations.

Side Effects of Ascorbyl Glucoside

While pure vitamin C can sting and cause mild irritation, there aren't any side effects we know of with ascorbyl glucoside, says Nussbaum. Still, it is an active ingredient for sure, so you can always test out a small amount elsewhere on your skin to make sure you can tolerate it.

Your best bet for exact usage will vary based from product to product and its intended purpose, notes Solomon. As a general rule of thumb, you'll want to use it at least once a day. The morning is a great time to do so, since all those antioxidant properties will act as a second layer of defense to back up your sunscreen: "Used under sunscreen it can help boost its UV protection," she adds. Look for it in a serum, which will not only be concentrated with the ingredient to give you more bang for your buck, but will also be lightweight and easily layered under moisturizer and said sunscreen.

The Best Products With Ascorbyl Glucoside 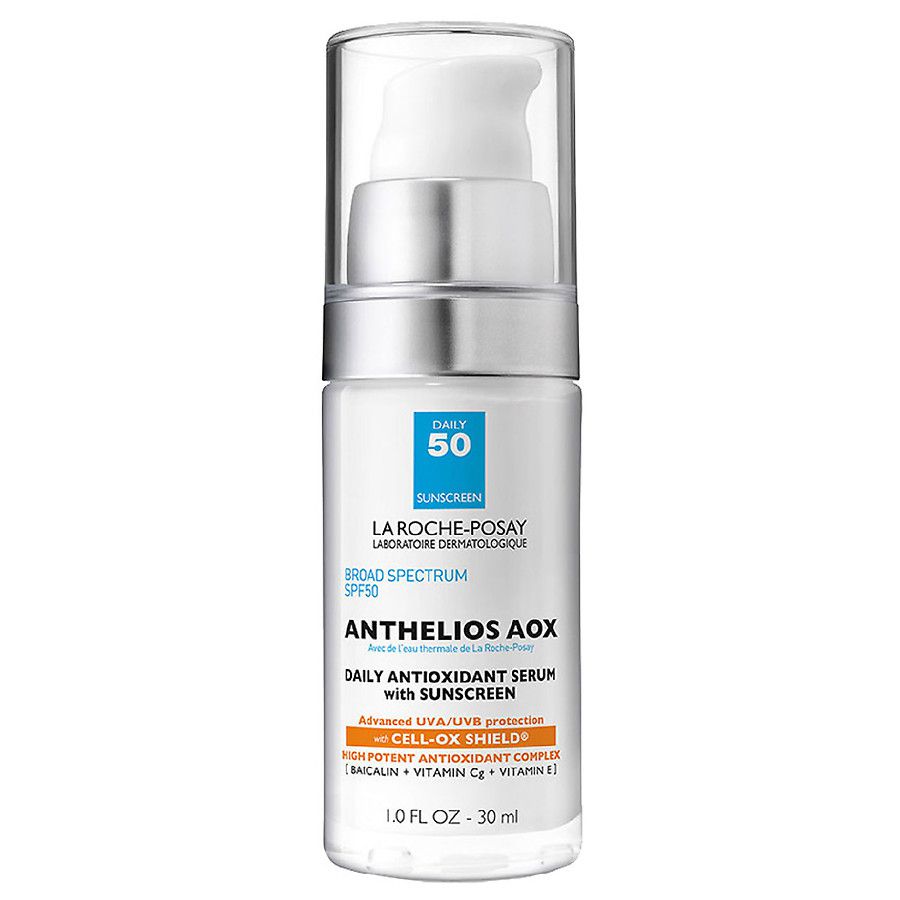 Nussbaum likes this double-duty AM staple because, "it combines broad spectrum SPF 50 protection with a potent antioxidant complex that fights free radicals," she says. (And yes, ascorbyl glucoside is one of those antioxidant powerhouses.) To the point of it being a great pick for morning use, the texture is also very lightweight and non-greasy, Nussbaum adds, ideal for layering under makeup. 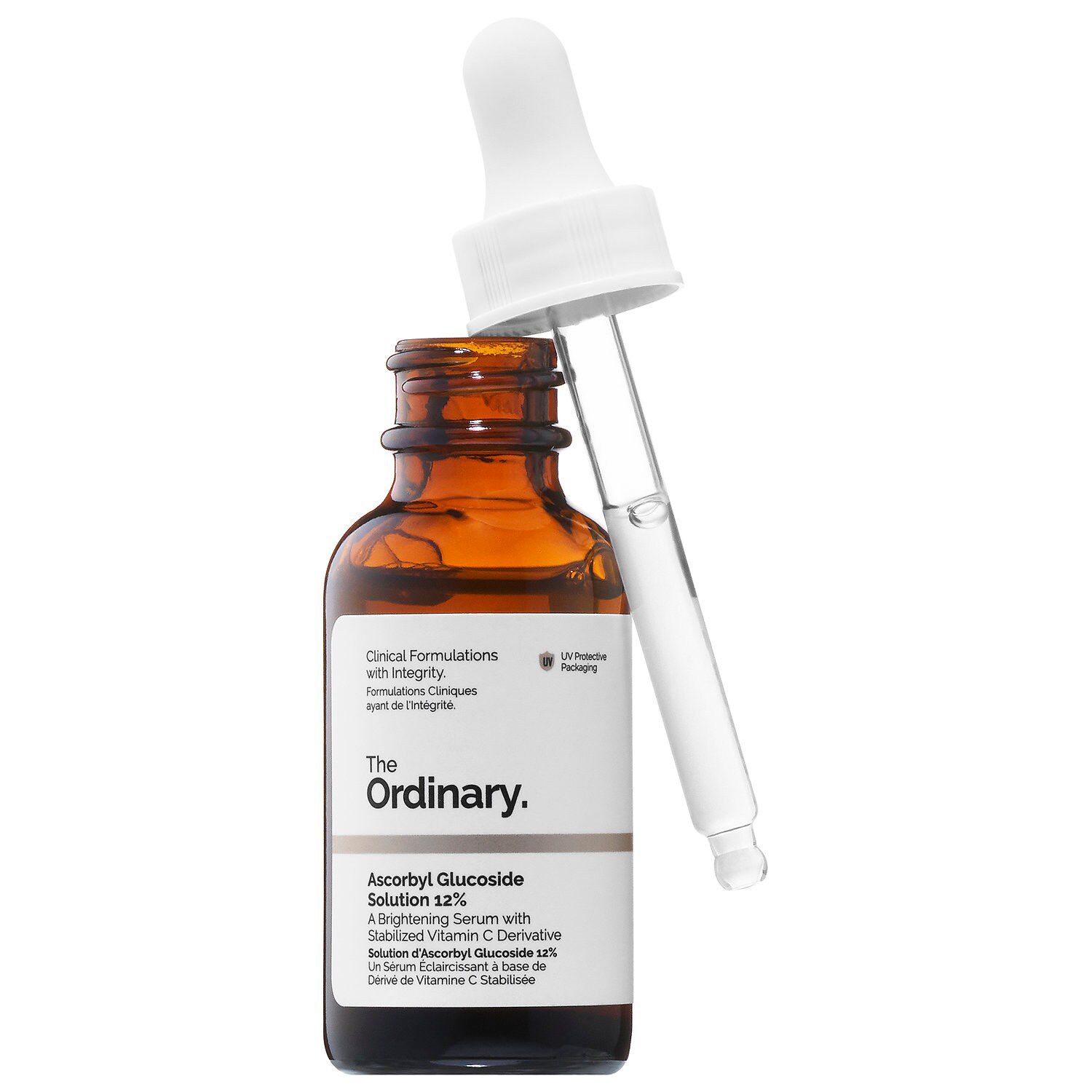 Both Nussbaum and Solomon recommend this serum, which utilizes the stabilized version of vitamin C. The dermatologists note it's especially choice for those seeking brightening benefits; use it once or twice daily, on clean skin, before applying any other serums or lotions. And can we talk about the insanely affordable price, too? It's why Byrdie editors recommend as a skincare staple for those on a budget. 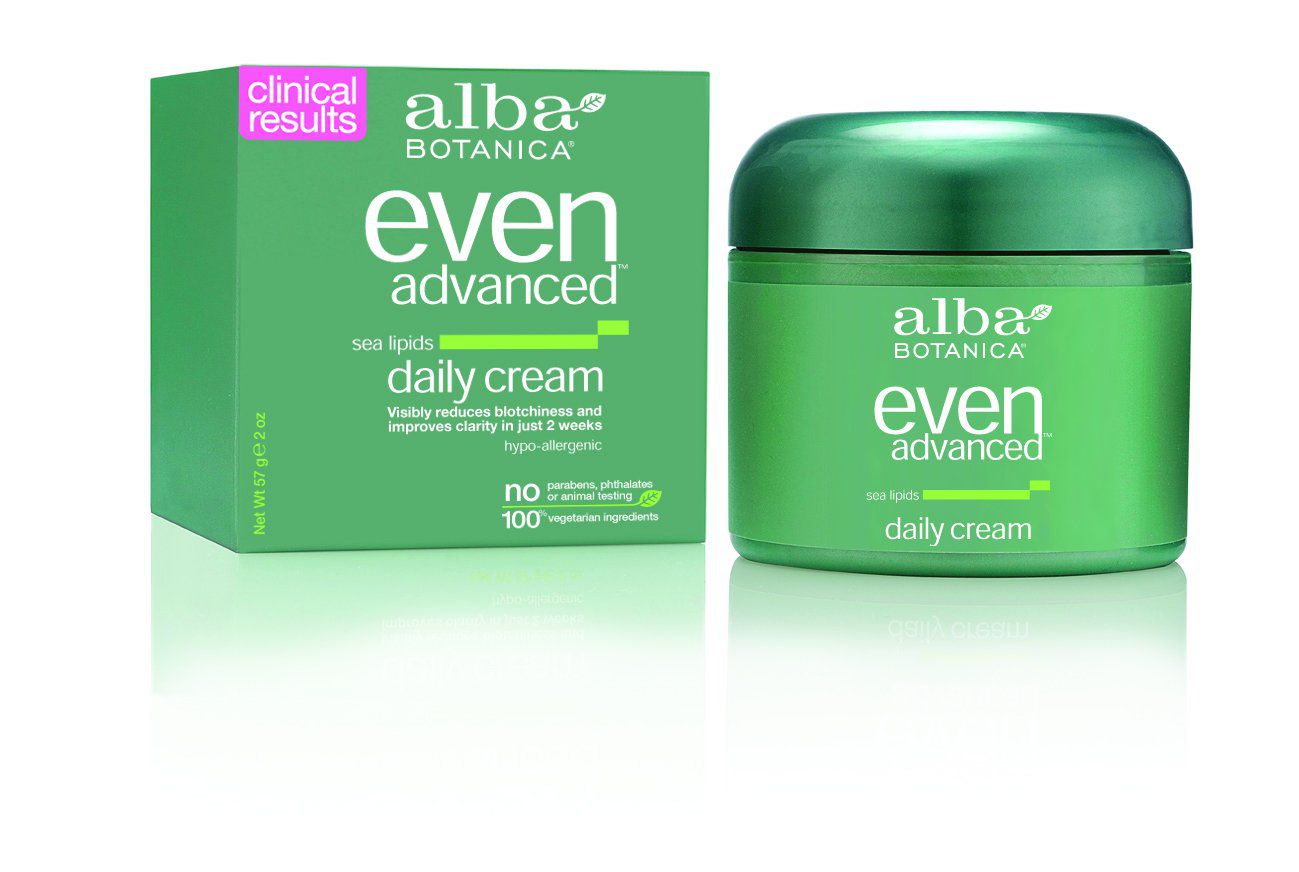 "This cream contains ascorbyl glucoside in a marine complex that’s also rich in lipids," says Nussbaum. It not only hydrates using aloe and sweet almond oil, but also helps reduce blotchiness for a more even overall skin tone, she adds, also noting that it wears well under makeup. 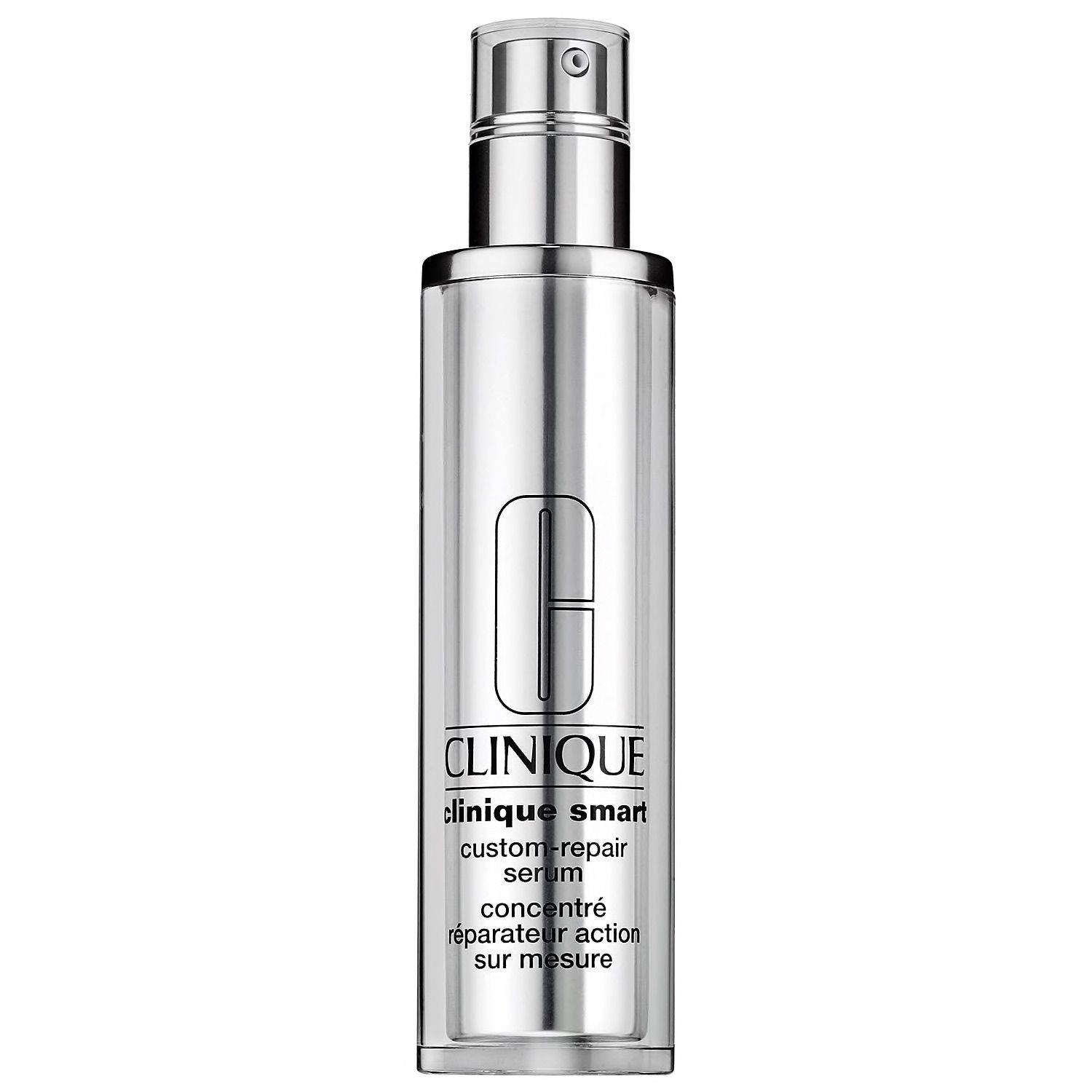 Smart serum indeed. This targeted treatment works to address the damage unique to your skin. Ascorbyl glucoside is one of the top ingredients, helping to both brighten and fade dark spots, while peptides promise to minimize the look of fine lines and wrinkles. "It's a potent serum that visibly improves major signs of aging," says Solomon. 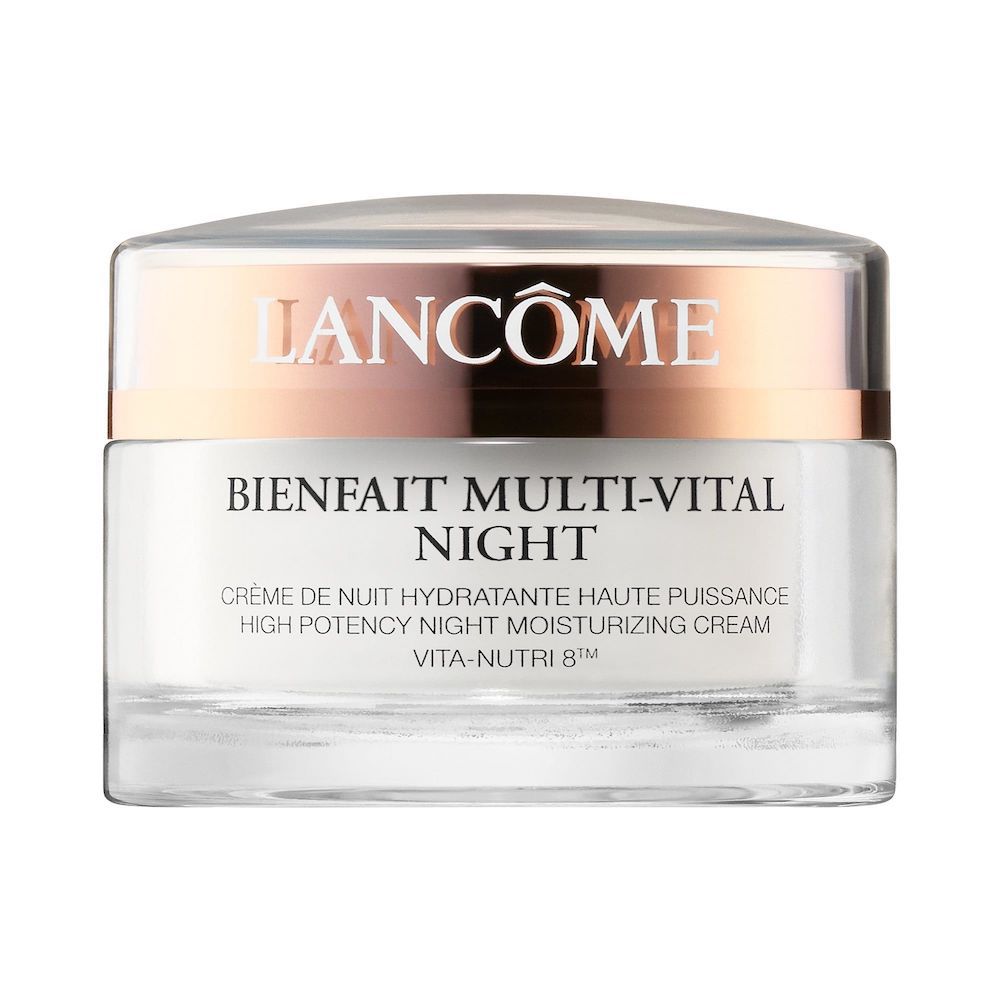 A rich and creamy moisturizer, this PM powerhouse works to boost your skin's own natural reparative processes overnight. One of Solomon's go-tos, it touts not only ascorbyl glucoside, but vitamins A and E as well, two other VIP vitamins known for their anti-aging and antioxidant effects.﻿﻿ 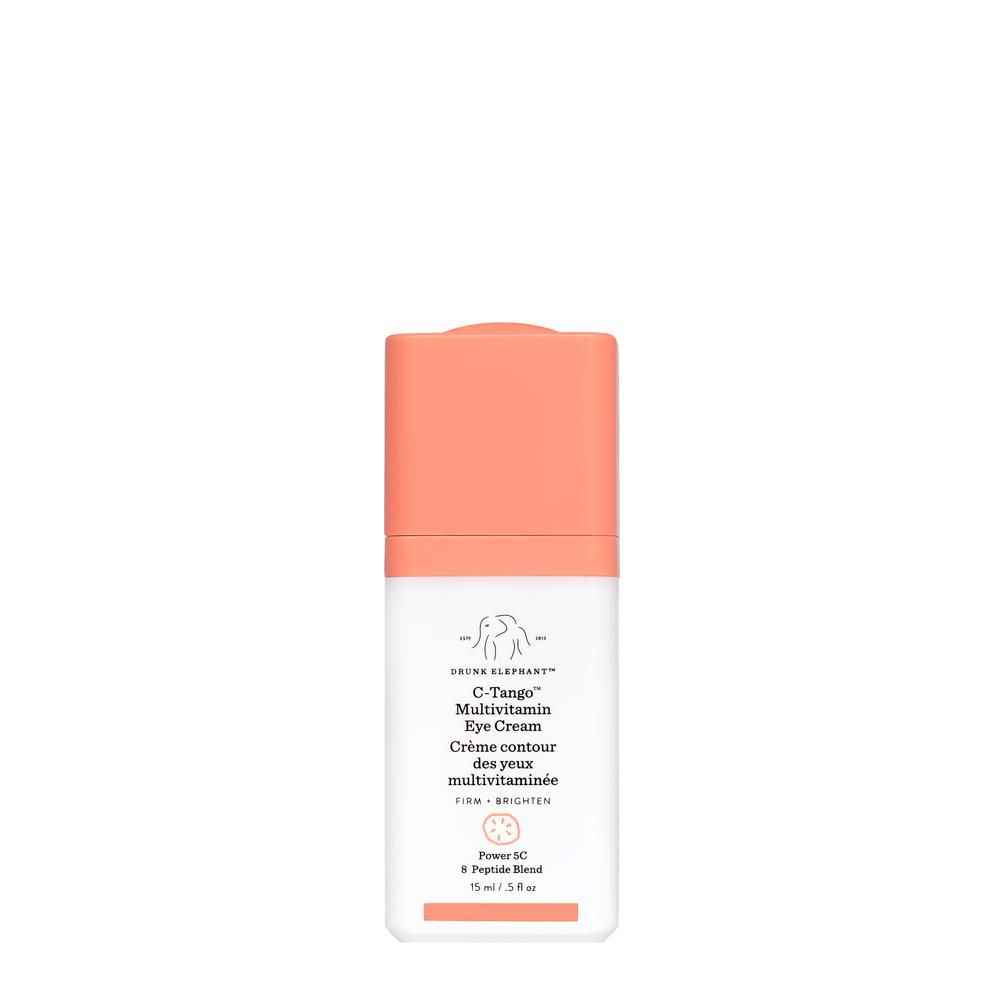 "This contains a powerhouse complex of five forms of vitamin c, including ascorbyl glucoside, that work together to brighten uneven tone and firm," explains Nussbaum. "I like that it has a featherweight texture and brightens the under eye area without causing irritation." It's no surprise that Byrdie editors consider it one of the best eye creams out there. 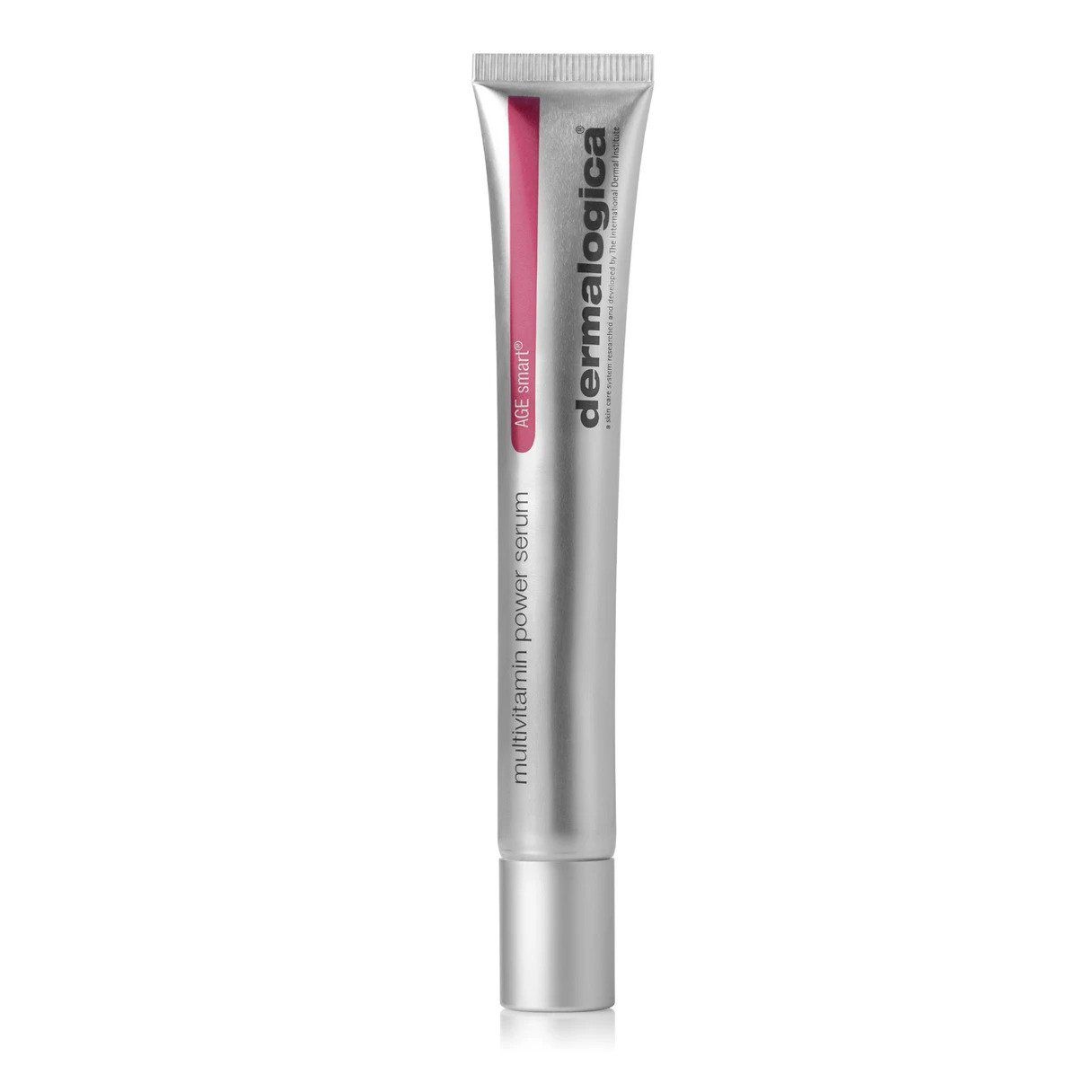 The micro-encapsulated vitamins in this serum help both retexturize and revitalize the skin, says Solomon. We're talking a triple threat combination of vitamins A, C, and E, along with peptides meant to help boost elasticity levels.

FAQ
The Dermatologist's Guide to Vitamin C for Skin
Article Sources
Byrdie takes every opportunity to use high-quality sources, including peer-reviewed studies, to support the facts within our articles. Read our editorial guidelines to learn more about how we keep our content accurate, reliable and trustworthy.