Aside from her breathy and buttery voice, we would say Ariana Grande is best known for her style, which has remained fairly consistent throughout the course of her career. The mile-long ponytail, short dresses, and knee-high boots are as distinctly Ariana as the lyrics on her new album. Come to think of it, that's probably why other celebs dressed up as Grande for Halloween, to much acclaim. (We're looking at you, Kourtney Kardashian.) That stylistic consistency extends to her makeup routine as well. When we picture Grande, we picture her curved cat eyeliner, nude lip, and super-glowy complexion. It's the very same makeup look she wore in her new "Breathin" music video.


Luckily, we know the exact products she wore on set thanks to Glamour UK. Well, at least the products that gave her that pop-star glow. But that's the most important part, right? Keep scrolling to see the little-known highlighter that's Ariana Grande–approved. 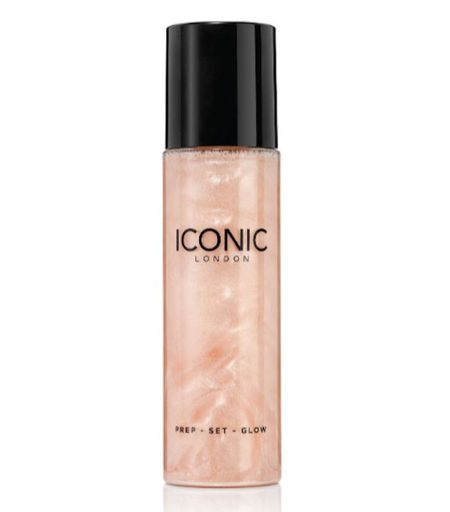 Grande's makeup artist, Rokael Lizama, opened up to Glamour UK on the exact highlighter (or combination of highlighters) that she used to achieve that angelic radiance we see on screen. First, she reached for this facial spray, the Iconic London Prep Set Glow, which has fine particles of shimmer suspended in a hydrating liquid base. It can be used on bare skin to add a little glow, under makeup to prep the skin, or over the top of makeup to set it with an extra veil of radiance. Its versatility is amazing, but we especially love the fact that it has good-for-skin ingredients like cucumber, chamomile, caffeine, green tea, and vitamin E inside. 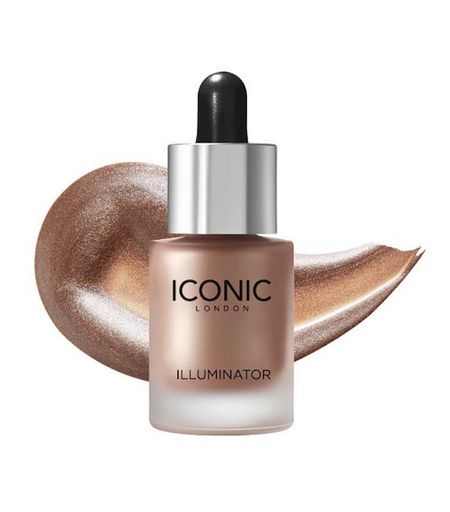 After the Prep Set Glow spray, Lizama used this highlighter, the Iconic London Illuminator, which is chock-full of light-reflecting particles. Use a brush or your fingers, and tap it into your skin along the high points of your face, including your brow bone, cheekbone, the bridge of your nose, and your Cupid's bow. Don't forget below your neck, as a touch of highlighter along your collarbones and even the tips of your shoulders looks radiant. If you want a more even, allover glow, add a drop or two to your foundation.

Based on what we saw in the video, we're guessing that Grande wore the original champagne shimmer shade, which is a bronze-pink color that suits her olive skin tone well. Just know that it comes in three other shades, including a holographic lavender shade, a deep bronze shade, and a rosy-pink shade. No matter which one you choose for your unique skin tone, you're sure to have a pop star–approved, glowing complexion.

Once you have her highlighter look perfected, finish off the look with eyelash extensions or a couple of coats of her favorite mascara,  MAC’s Haute & Naughty ($25). Grande revealed in an interview that she “loves”  eyelash extensions. “I feel like I could be completely naked but have lashes, and I’d be fine."

For more makeup inspiration, check out her video and have fun creating your own Grande-inspired look.

These Are Ariana Grande’s Best Makeup Looks of All Time