God Is a Woman by Ariana Grande: Sex, Power, and a Brand-New Fragrance

The Name The Scent
The Ingredients The Bottom Line

"God Is a Woman" was the third single off of Ariana Grande’s Grammy Award-winning album Sweetener, released in 2018. Grande then debuted her ninth fragrance named after the hit song.

I'm sure I don't have to tell you this, but Ariana Grande is one of the biggest names in pop music—and really, one of the biggest stars on the planet. There's her hit album Positions, her stint on The Voice, and her foray into beauty, so she’s not slowing down anytime soon.

Grande has also made a name for herself in the fragrance world and we get to enjoy her newest offering, God Is a Woman.

The name is a bold choice. Yes, it's on brand as it’s named after one of her biggest songs. But people interact with music and product differently. There is a huge overlap between fans and consumers, but there are also many who will discover the scent without the context of her music. But that’s Ariana. And "God Is a Woman" isn't about sex. It’s about power.

God Is a Woman opens with pear and ambrette, which is a sweet floral musk derived from seeds. At the heart you’ll find rose and orris, a root with a powdery, earthy scent that’s similar to violet. The scent is anchored by the reliable base notes of vanilla and cedarwood.

God Is a Woman is, well, divine. It’s a little hard to put in a category because it’s doing a lot with a little. For all of the earthy and floral notes, I wouldn’t call it either of those. Not outright, at least. More than anything it’s fresh, kind of green, made sweet but not cloying by the pear and vanilla, but with just a bit of grittiness that peeks out from the wood and rose. It almost, dare I say, leans into "sporty masculine" territory with a big dose of milky sweetness layered on top.

All at once it's light, elastic, and unexpected. It feels like a splash of fresh water and a swatch of velvet. Like pear and ash. The wear is lightweight but consistent, never really jumping out but always pulling you in. This is one of those fragrances that’s more than the sum of its parts. 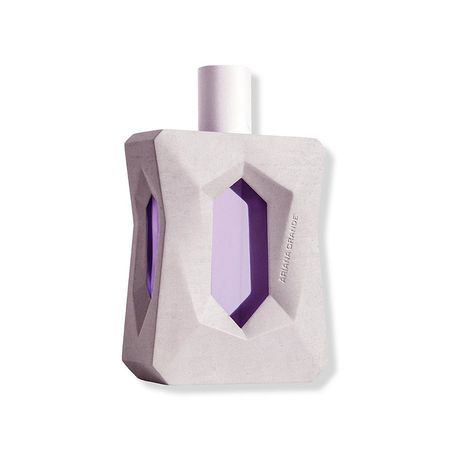 The scent is made from 91% naturally-derived ingredients, which is cool if that’s your thing. Even cooler is it’s both vegan and cruelty-free, which is not nearly as commonplace in fragrance as it should be (it should be the standard but that’s an article for another time).

The name of the fragrance alone carries a lot of weight and power. To me, fragrance is a way to see myself through a kaleidoscope of all my own potential, and then project that out into the world. God Is a Woman can be a meditation, an affirmation, or a daily reminder of our divinity, our potential, and our power.

12 Body Products That Smell Like Summer, According to TikTok