In case you'd rather avoid needles.

written by
Melanie Rud
Melanie Rud is a beauty editor and expert with over a decade of experience in the industry writing for various national and regional publications.
Byrdie's Editorial Guidelines
Melanie Rud
Reviewed by
Dr. Rachel Nazarian
Rachel is a board-certified dermatologist and Assistant Clinical Professor at Mount Sinai Hospital Department of Dermatology. She has contributed to Byrdie, as well as Harpers Bazaar, Marie Claire, Allure, Vogue, and the New York Times, and more
About Byrdie's Beauty & Wellness Board
Dr. Rachel Nazarian
Board-Certified Dermatologist

For eliminating dynamic wrinkles (those caused by repeated muscle movement—think crows’ feet around the eyes or the "11s" in-between your brows), there’s no denying that injectable neurotoxins (Botox, Dysport, Juveau) are the most effective option. By paralyzing the muscle, they prevent this movement, and boom—wrinkles are gone. But what if you don’t want to go under the needle? Enter argireline, a synthetic peptide that has several different wrinkle-fighting and anti-aging effects. It's so effective, in fact, that dermatologists say it's the closest thing to Botox you can get. Ahead, Manish Shah, MD, a plastic surgeon and skin expert in Denver, CO., Rita Linkner, MD, of Spring Street Dermatology in New York City, and dermatologist Yoon-Soo Cindy Bae, MD, of the Laser Skin & Surgery Center in New York City share what you need to know about this skin-smoothing standout.

MAIN BENEFITS: Prevents the muscle movement that leads to wrinkle formation. Argireline also promotes collagen production and optimizes the function of collagen, which both fight fine lines and improve moisture levels in the skin, says Shah.

WHO SHOULD USE IT: Anyone looking to smooth out wrinkles caused by repeated muscle movement in areas such as the forehead and around the eyes. It’s also a good pick for anyone with dry skin as it actually helps allocate moisture to the area of application.

HOW OFTEN CAN YOU USE IT: It can be used daily.

WORKS WELL WITH: One study suggests that it works well in conjunction with another peptide, tripeptide-10-cirtrulline, which increases the permeability for argireline to penetrate to a depth where it can target muscles that cause wrinkles, says Linkner. It’s also often combined with hyaluronic acid to up the hydration benefits.

DON’T USE WITH: Generally speaking, argireline works well with all ingredients.

Argireline is just a brand name for a particular peptide, acetyl hexapeptide-3 (aka acetyl hexapeptide-8). As a quick reminder, peptides are short chains of amino acids, the foundation for proteins including collagen and elastin, making them essential for healthy, youthful skin, says Shah. While various peptides are common in skincare, this one differs in its ability to reduce muscle movement and the accompanying wrinkles that come with it; it’s the first peptide with a targeted effect on expression wrinkles, notes Shah. “Everyone is trying to mimic Botox's contenders, and so far, argireline is one of the best contenders,” adds Linkner. Argireline is a peptide that affects the nerve-to-muscle communication so that the muscles can’t adequately contract, she explains. Along with its muscle-paralyzing effects, it also stimulates collagen production, further helping to keep skin smooth and wrinkle free.

A few things worth noting when it comes to the use of argireline in skincare products: For starters, because it’s a brand name, there’s actually only one lab in Spain that has the patent on the peptide. They license out its use to various brands, who often combine it with other anti-aging ingredients, notes Linkner. Second, the formulation of each individual product will truly dictate its efficacy: “Just because a product contains argireline doesn’t necessarily mean it is effective. The formulation itself, as well as the size of the peptide, will affect how deeply it can penetrate into the skin,” says Bae. In searching for a product, choose those that don’t contain alcohol, particularly if your skin is dry. “Argireline can be hard to formulate with, and some companies mix the ingredient with alcohols, which counteract its hydrating function,” notes Shah.

Benefits of Argireline for Skin

For the ultimate in wrinkle-fighting, pick this peptide, which targets those pesky lines and wrinkles two ways.

Prevents dynamic wrinkles from forming: “Argireline is very specific in that it interferes with a protein receptor complex which helps cause muscle movement,” says Bae. Translation: It keeps the nerves from talking to the muscles and telling them to contract—and fewer muscle contractions result in fewer wrinkles.﻿﻿

Stimulates collagen production: By increasing the production of collagen, the protein responsible for firm, healthy skin, it also helps to keep fine lines and wrinkles from forming.

Side Effects of Argireline

In general, there are no known side effects of this ingredient. Still, if you want to play it extra safe, you can always test it out on a small area for a few days in order to make sure you’re not allergic to it.

This peptide is best for targeted application on spots where you have deep folds or creases that have formed due to repetitive muscle movement—the crinkles around your eyes, the ‘11’ between your brows, and forehead wrinkles are all ideal spots. Because the final formulation of each individual product can vary drastically, follow product instructions for how often to use it.

The Best Products With Argireline 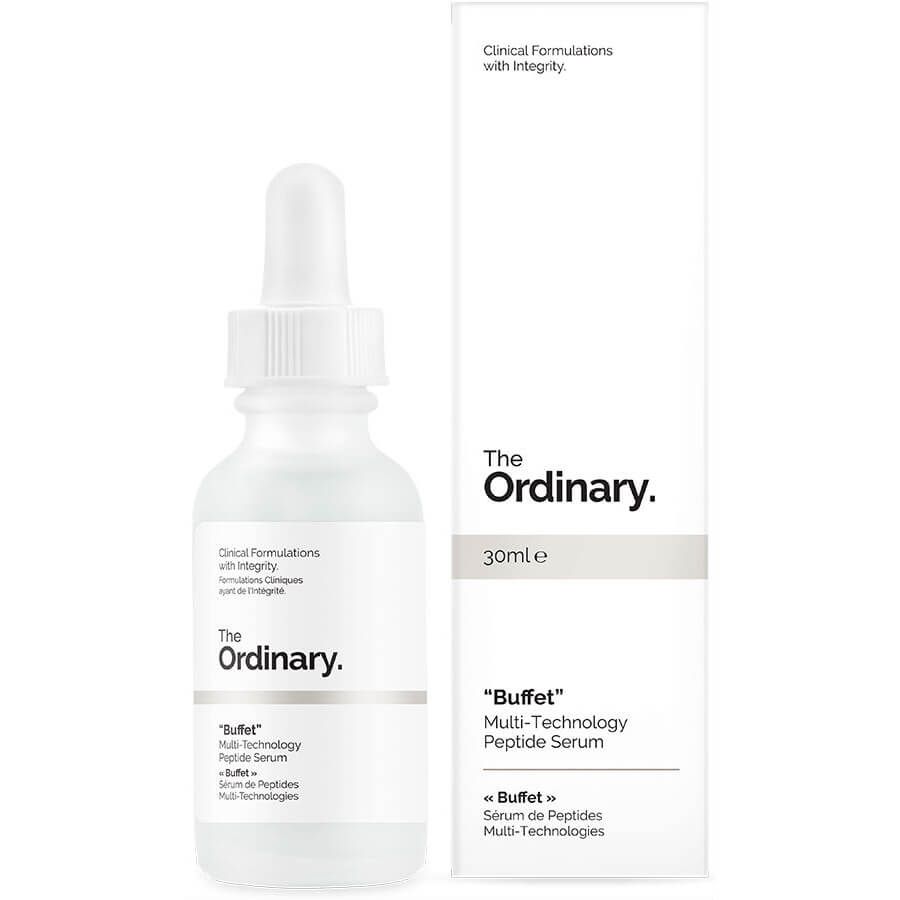 True to its name, this serum uses a veritable smorgasboard of peptides alongside argireline, including Syn-ake, Matrixyl Synthe-6, and Matrixyl 3000, says Shah, who also likes that it utilizes hyaluronic acid and amino acids. "It can work on a large variety of skin types and it doesn't contain parabens or alcohols," he adds. Also nice: The very, very affordable price point. 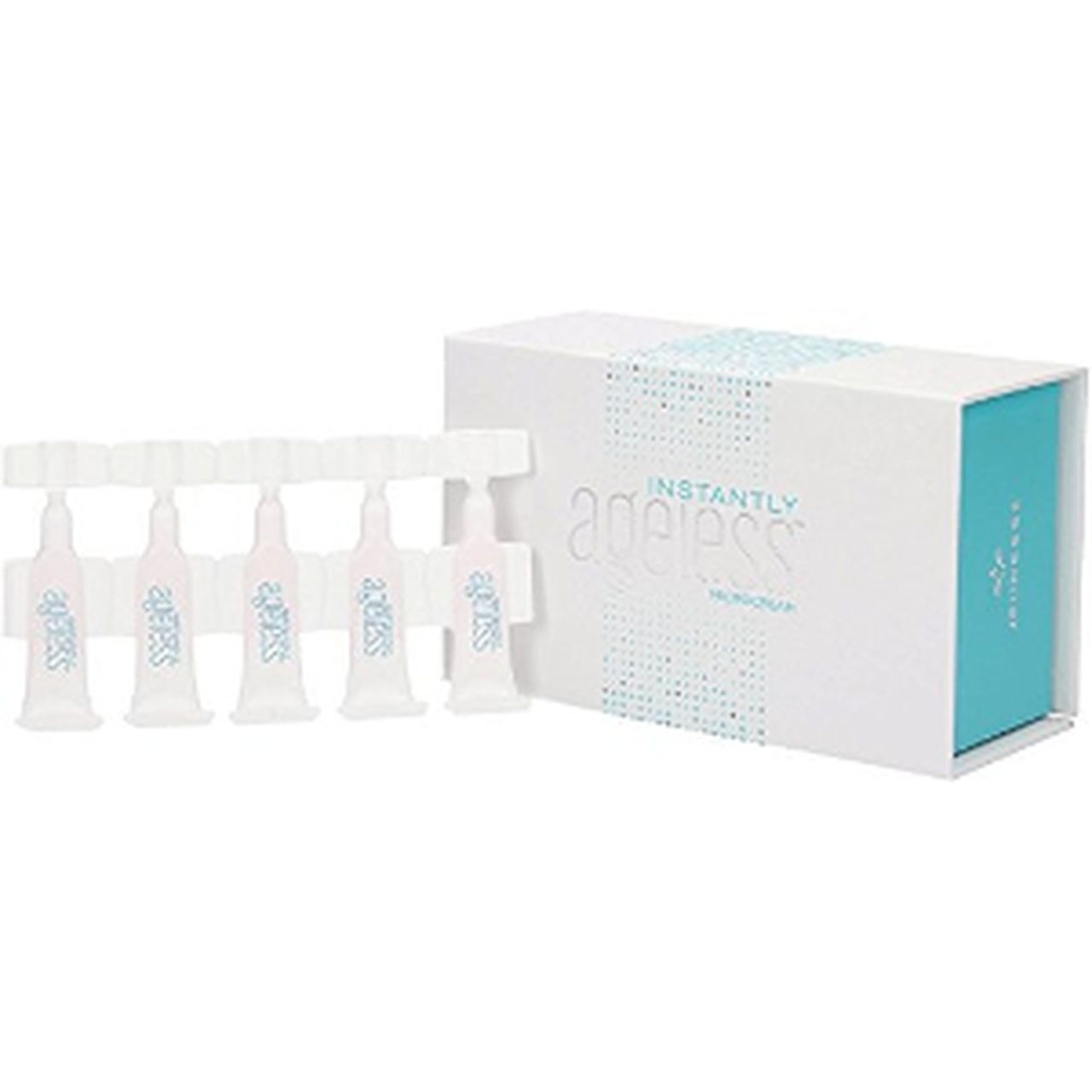 Also known as a "facelift in a box," this product had Byrdie editors buzzing about its wrinkle-tightening and under-eye bag-depuffing abilities. Credit argireline, which in this product, works almost instantly so that you can see the effects before your eyes. 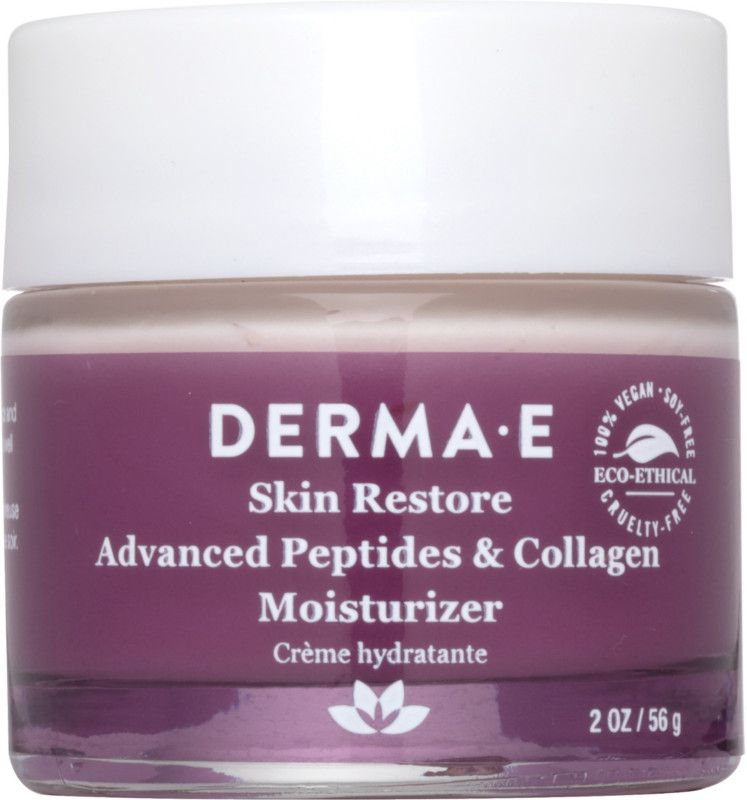 Along with a combo of peptides, including argireline, this also delivers a hefty dose of antioxidant-rich pycnogenol (a pine bark extract), vitamin C, and green tea. The rich and hydrating texture makes it a choice nighttime moisturizer, and it also rings in at under $15. It's no surprise that derms often recommend this brand for its affordable and effective products. 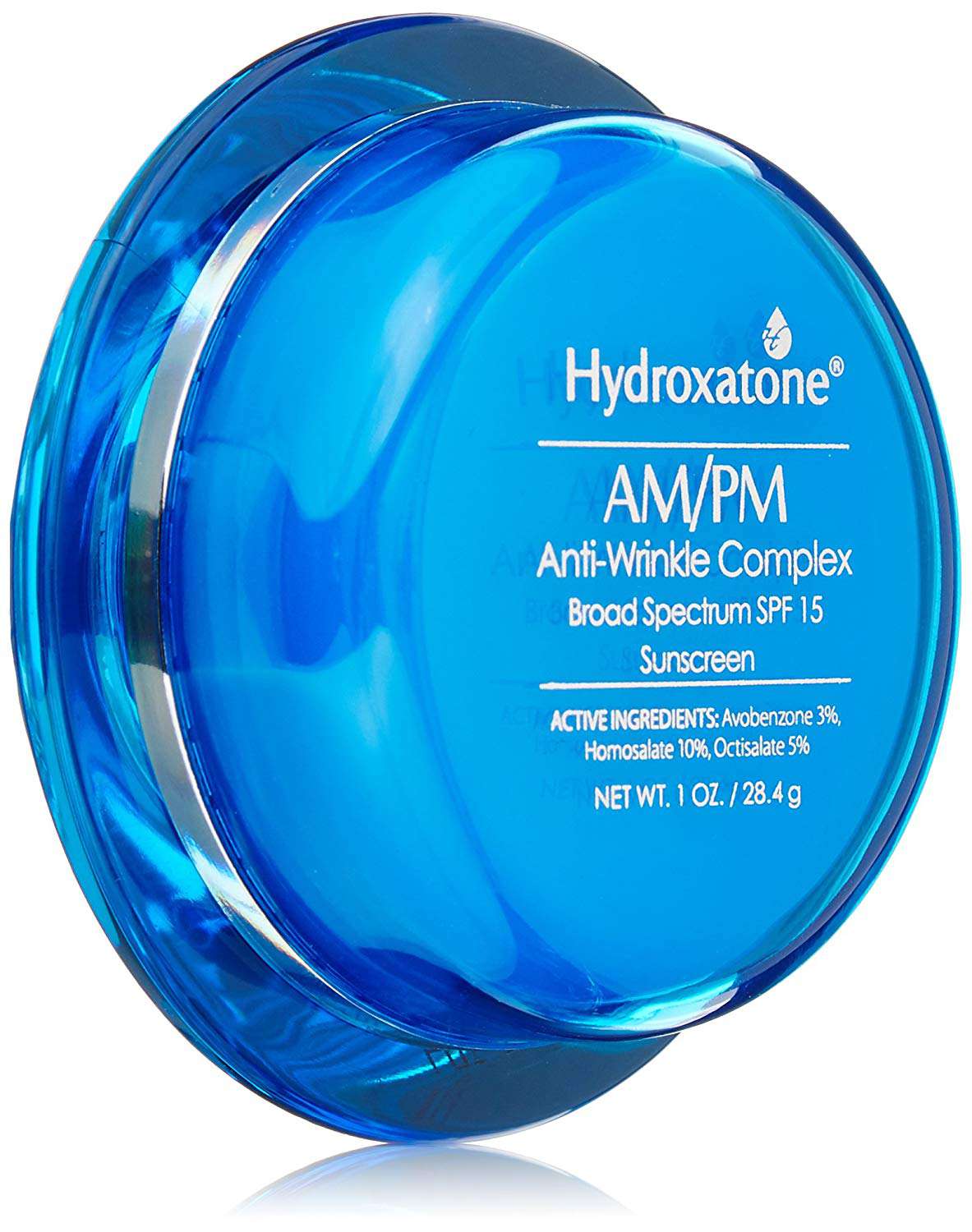 A multi-tasking moisturizer, this one works equally well for daytime or nighttime use. Argireline is paired with Matrixyl 3000, another peptide well-known for its wrinkle-fighting benefits, to smooth out fine lines. Meanwhile, hyaluronic acid goes to town, instantly hydrating and plumping skin. 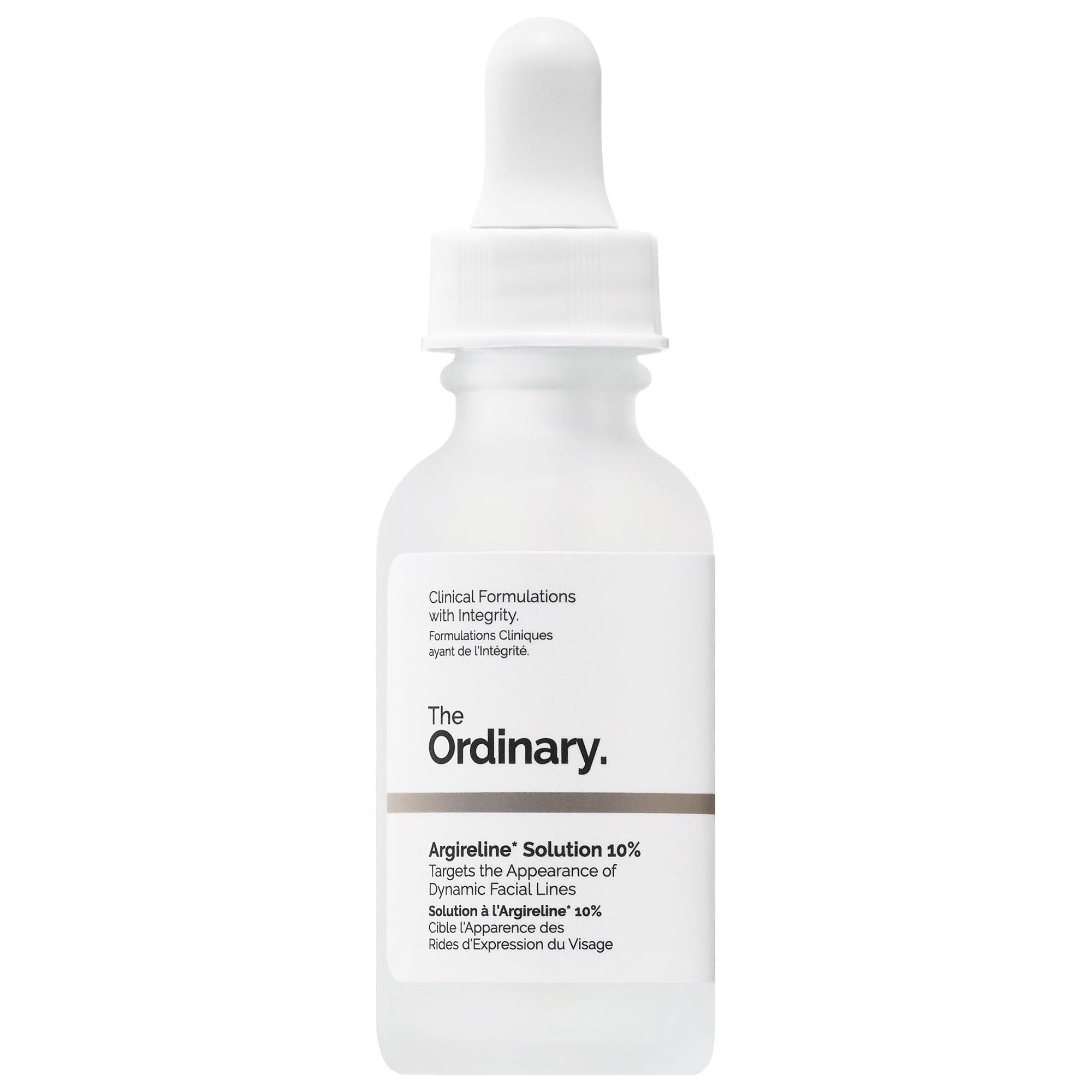 This pure argireline serum looks promising as a topical option to mimic Botox, notes Linkner. Byrdie editors also named it one of their top picks from the brand—use it morning and night around your eyes and on your forehead before applying any other products. 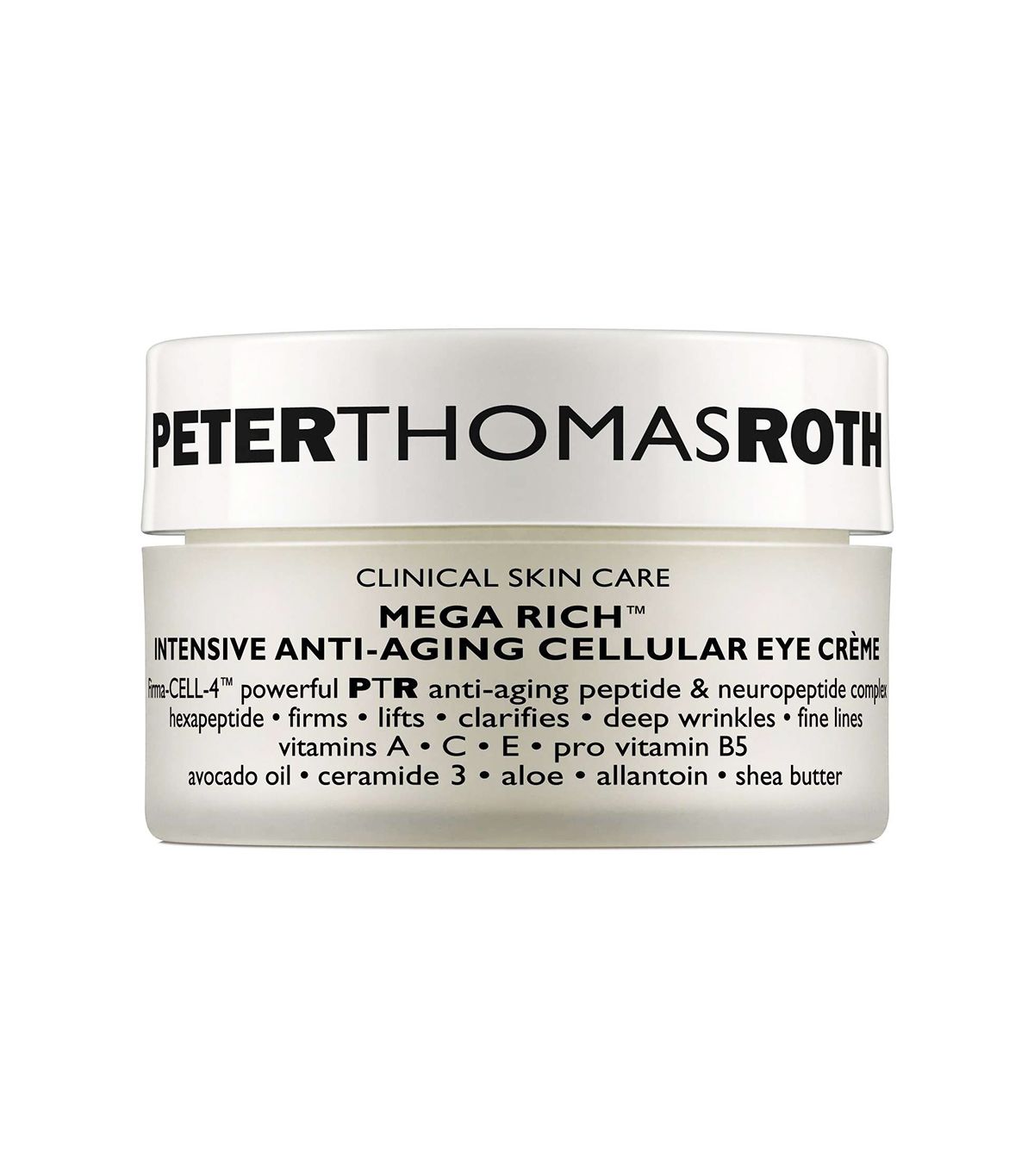 Four different peptides, including argireline, are combined together in a proprietary blend to combat crows feet around your eyes. Retinol ups the line-smoothing effects even further,﻿﻿ and it's also deeply hydrating and nourishing, perfect for combating dryness on this sensitive skin. 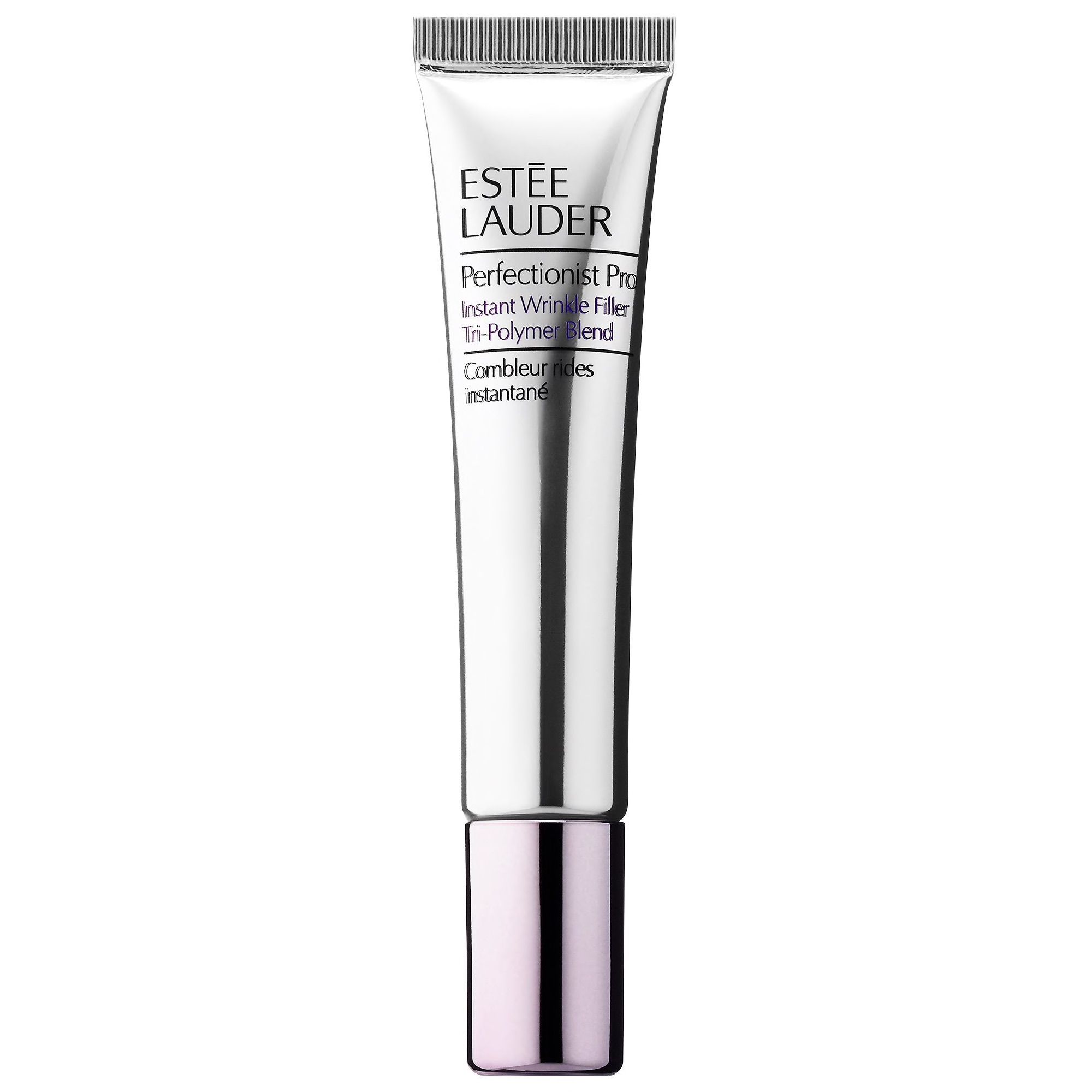 Since argireline is a choice ingredient to use on expression wrinkles specifically, it's a good idea to use it in a product such as this, meant for targeted application on stubborn lines and creases. Filling spheres immediately give you the look of smoother skin (instant gratification for the win), while peptides work over time to help boost collagen production.

8 Botox Replacements Plastic Surgeons Don't Want You to Know About
Article Sources
Byrdie takes every opportunity to use high-quality sources, including peer-reviewed studies, to support the facts within our articles. Read our editorial guidelines to learn more about how we keep our content accurate, reliable and trustworthy.