In person, Anya Taylor-Joy is sweet and soft-spoken. She radiates a quiet confidence that's not unlike that of people who are double, if not triple, her age. Maybe it's something that the 23 year-old has learned from her quick ascent to international stardom or maybe it's something that's always been a cornerstone of her personality all along. Either way, we can't help but connect it to her most recognizable roles in films like The Witch, Split, Glass, and Thoroughbreds. If these projects are any indication, she certainly isn't one to shy away from the thrilling, moody, or subversive—in fact, we would go so far as to say she has an affinity for it. Maybe that's why she's such a perfect fit for Viktor & Rolf's latest campaign, which is all about a duality of darkness and light.

The campaign is centered around the brand's newest scent, Flowerbomb Midnight, which the brand describes as both "spellbinding and captivating" (these adjectives could very well describe the fragrance and its new spokesperson). It's the latest iteration of the brand's original and beloved Flowerbomb ($165), but instead of bright notes of orange blossom, freesia, and rose that are found in the original, the heart of the new Midnight fragrance belongs to night-blooming jasmine; as such, it's darker, spicer, and more mysterious. 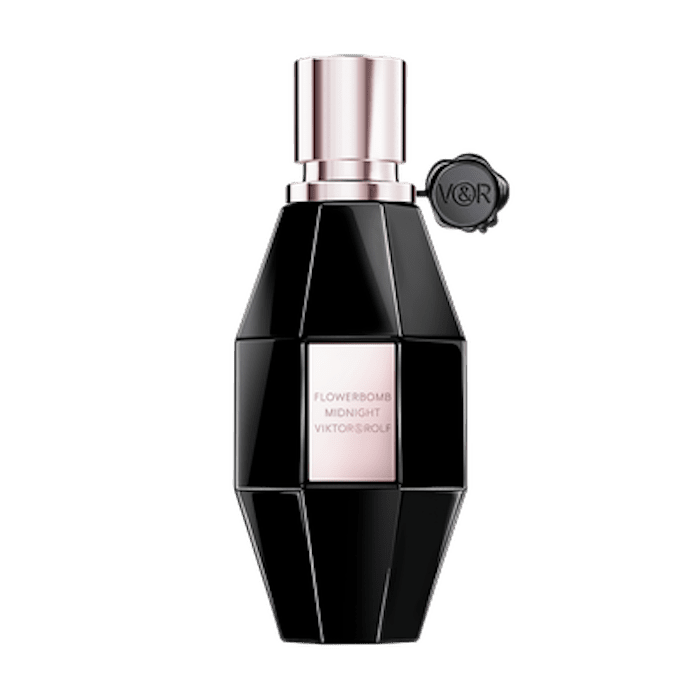 "At first I didn’t really know what was going on," Taylor-Joy tells us, when we ask how this partnership came about. "I was just told that Inez and Vinoodh wanted to meet me. We instantly clicked, and it all came together. I was really happy, because it was strange that two people who hadn’t met me seemed to understand the two sides to my personality so well. Getting to know Inez & Vinoodh, the incredible hair and makeup people that worked on this, and Viktor and Rolf themselves—it all felt very cosmic and fortuitous."

Seeing as this was a fragrance campaign, and we subscribe to the notion that there truly are two types of people in the world—those that claim a signature scent and those that dabble with multiple over time—we had to ask, which one was she? "I’m a signature fragrance kind of girl, but I’m very into essential oils... peppermint to wake yourself up or if you’re feeling a bit nauseous, lavender to get to sleep. Also, I grew up making my own fragrances, but I could never quite get it right, so they kind of always changed a bit." 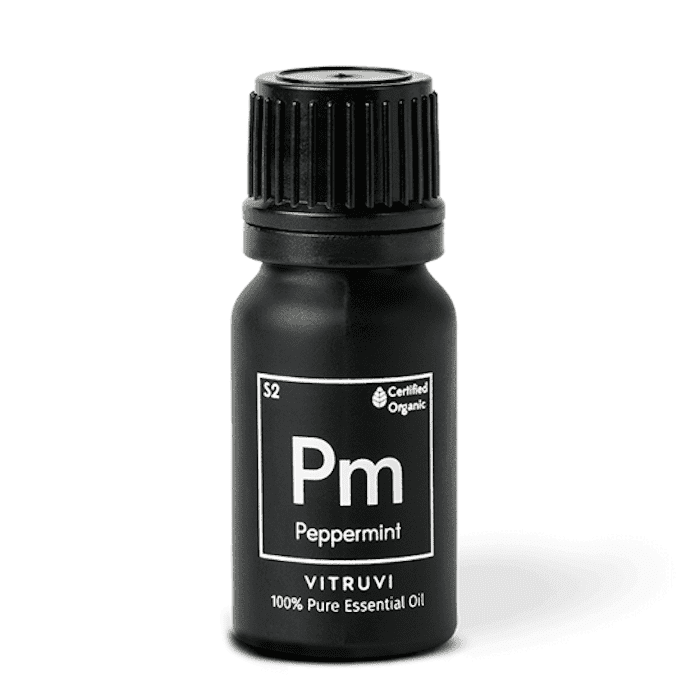 She wore a pale, powdery blue eyeshadow when we met, so naturally we asked her thoughts on makeup. When we bring it up, she instantly laughs. "Full disclaimer: I am terrible at makeup. My friends know I made an effort if I show up wearing mascara—I’ll do really big lashes and I love to do my bottom ones too—kind of Edie and Twiggy style. And then a very bright red or a very dark purple lipstick." 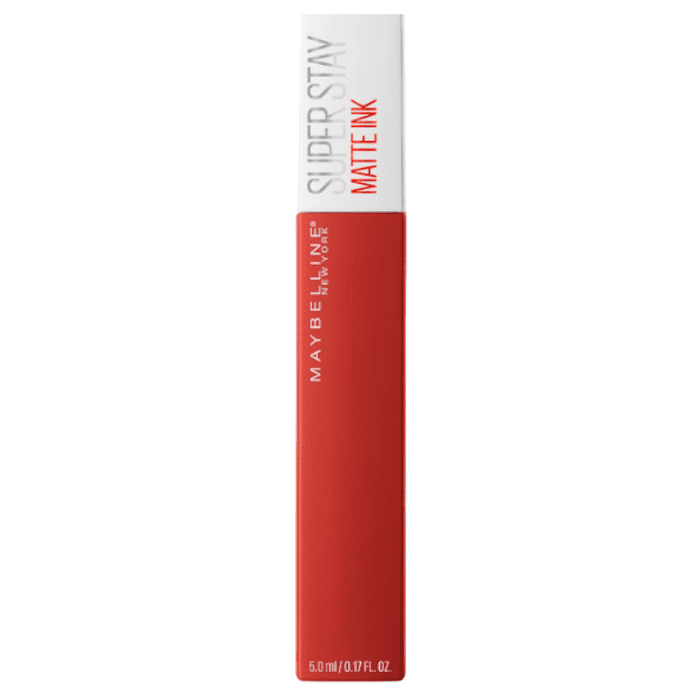 She names Maybelline's SuperStay Matte Ink Lip Color ($9) as a particular favorite when it comes to bold brights. "That doesn’t come off. To the point where I gave it to a friend of mine and she called me in a panic like 'It’s not coming off! I don’t know what to do!' It literally just stays on; it’s good." 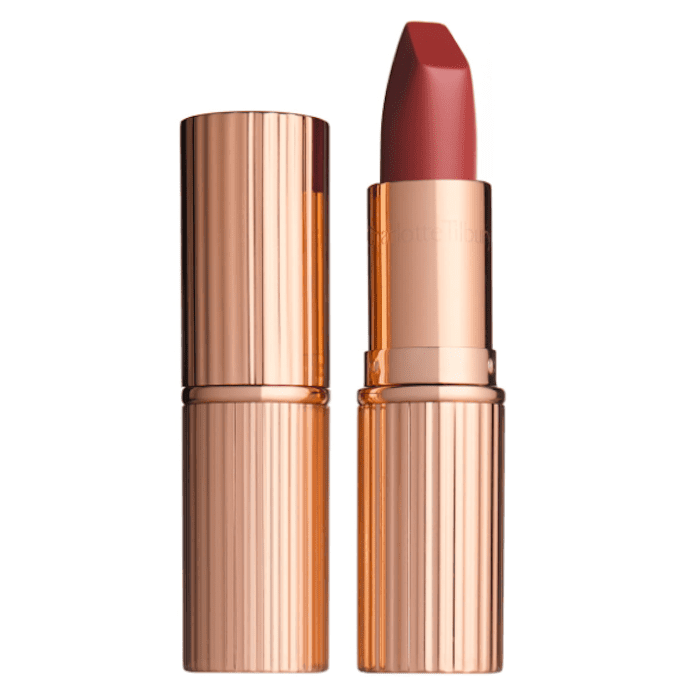 "There’s a Charlotte Tilbury in Bond Girl, which is the only lipstick that matches whatever hair color I have. It looks different on everyone but there’s something really kind of sexy and French about it." We were happy to hear Taylor-Joy is a fan of this Tilbury lipstick, as it's one of team Byrdie's most beloved shades. It really does look different on everyone, but it's always flattering, no matter what. Plus, the creamy formula doesn't dry out lips like other matte lipsticks do.

On her go-to skincare...

"I’ve only really just started getting into it now, and I have to say I’m really enjoying skincare. It’s a form of self-love in the morning, and at night it’s nice to feel and smell pretty. There's a comfort cleanser that Chanel does, called Sublimage Essential Comfort Cleanser ($100), which is so gentle but also just gets everything off. I have very sensitive skin, so I love that." 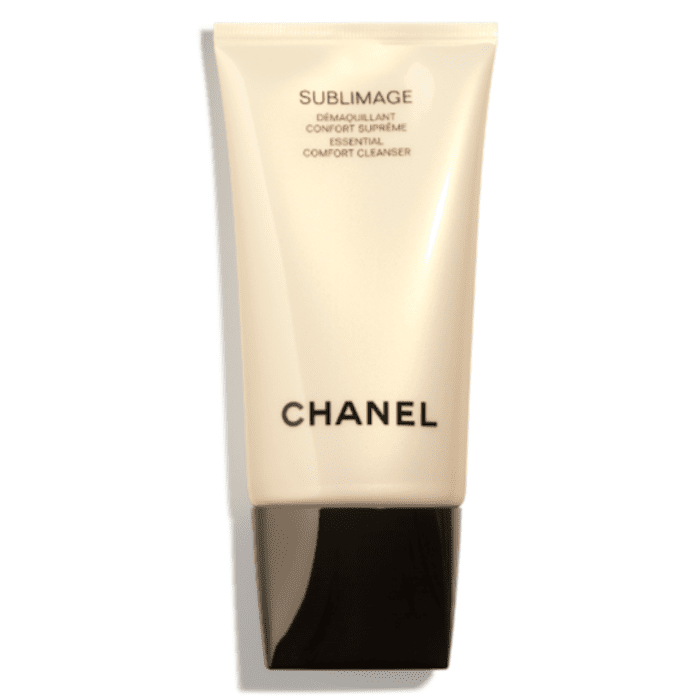 She also mentions True Botanicals Nutrient Mist ($28), which hydrates the skin, soothes inflammation, and even sets makeup. The brand is vegan, cruelty-free, non-GMO, and gluten-free. "It's good for the environment too," she says. "If you have skincare that’s not harming the planet, then everyone wins."

As for body care, she swears by a classic product for hydrating her skin: Bio-Oil ($9). "I use Bio-Oil on everything—or olive oil in general. That’s my go-to."

On the best beauty tip she's ever learned...

"I don’t know how useful this is for real life, but it’s definitely helped me," she says. "When putting on eyeliner, sometimes my eyes can be quite sensitive, so they’ll run. The second that starts happening take a sharp inhalation in and it just sucks them straight back into the tear duct. Something you should do that I do, which annoys the hell out of my friends, but I really enjoy it—I pretend we’re having an argument when I feel tears coming on," she laughs "Im like, 'you never appreciate me!' They’re like ‘I can’t take you anywhere.’"

On staying sane while traveling...

Taylor-Joy spends a lot of time in the air. Her secret to staying sane despite a crazy travel schedule is unexpected, yet brilliant. "I started making friends with the flight attendants," she says. "I spent Christmas this year on three flights, and I’ve made friends that I still text, and now we are legitimate friends—like we help each other out through relationship problems."

"Also, I’m not afraid of wearing a face mask on a plane, and people kind of leave you alone cause you look so goddamn scary, but that’s important. Also have something comfortable to slip in. Don’t wear a skirt. I once went on a plane with a really short T-shirt dress—why? That’s dumb. You’re going to be bending over and picking things up. Wear a pair of shorts or something." 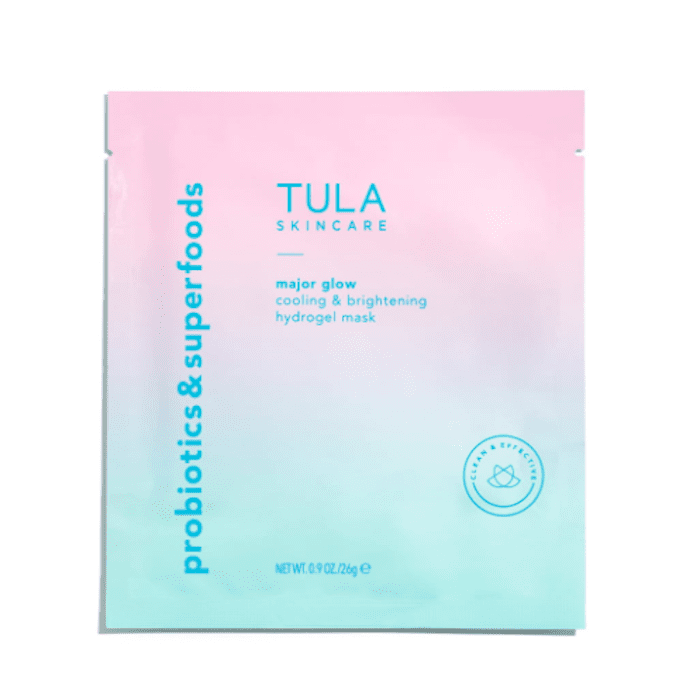 On confidence and beauty icons...

Taylor-Joy had a unique upbringing. She was born in the United States as the youngest of six children. Her mother is English-Spanish and her father is Scottish-Argentine. Her family moved to Argentina when she was an infant. She stayed there until she was six years old, which was when she moved to London. After being scouted for modeling, she eventually turned to acting.

As such, her beauty icons are diverse. "Obviously everyone looks to their mother, and my mother is still the most beautiful woman I’ve ever seen in my life," she says. "I remember the first time I ever saw a picture of Frida Kahlo, and I was just blown away by her. The next time it happened was with Stevie Nicks, and the next was Edie Sedgwick and Anne Boleyn. I was like ‘wow, they’re all so different, and they harness and own the way that they look.’ It’s almost like each of them decided ‘this is the face that I have, and I’m going to be happy with it.’ As someone who was bullied a lot as a kid because of the way they looked, I just kind of decided I don’t have to deal with my own face, so I’m just going to make sure that my soul is beautiful and I’m doing good work, and you can think whatever you want.

"It sounds so cliché, but if you don’t love yourself, you’ll never be happy," she continues. "It doesn’t matter what’s going on around you. I spent an absurd amount of my life trying to be normal and having recently embraced my weirdness, people have been like ‘I’ve never seen you be more normal in your life. When you were trying to be normal, in that affectation of that, you were super weird. And now you just seem comfortable.’ I think it’s just embracing the way that you are, instead of apologizing for it, because there’s no 'normal.' You really have to be your own mother, your own best friend, your own protector."

"I’ve always had a very cosmic and weird way of just knowing how my life was going to go, and maybe it’s just blind faith or sheer dumb luck, but it has kind of gone the way I thought it would. 22 was always the time that I thought 'okay, something’s just going to start shifting,’ and it has, but I don’t think you ever really get to that point [of total confidence]."

As she continues working on new projects, she's going to focus on cultivating balance. "I want to be in my house with a good book and a loved one and just kind of hermit a little bit—not in a depressed way. I want to spend time with the artist inside of me and write music and poetry and maybe just become a little more introverted for awhile. I’ve never felt that in 22 years on earth, so I’m like ‘huh, I wonder what’s going to come out of this. Climb into the inner velvet cave."

Next up, check out our exclusive behind-the-scenes photo diary with Ella Mai at the Billboard Music Awards.