When Antoni Porowski revealed to me that his beauty routine was so bare-bones to the extent that he never so much as washed his face with soap until a year and a half ago, I audibly gasped. He of Queer Eye fame, Porowski is, behind the screen, always impeccably put-together, from his modern, purposely tousled pompadour to his clean-shaven face (save for a subtle shadow of a goatee). So to learn that he doesn't dabble in creams and tinctures is—pardon the hyperbole—blasphemous.

"I met Jonathan Van Ness and Queer Eye started, and my whole life has changed," he tells me. "I went from zero to 100 where people were just sending me all these different products to try, and now I basically have it figured out." A quick inspection of his smooth, blemish-free complexion, and it's clear the food connoisseur has more than figured out a routine—he's mastered it. In fact, his lineup is now so rigid and multifaceted, it practically challenges the finesse we at Byrdie have established. And, given his busy travel and filming schedule, he's also formulated an ideal wellness routine to stay centered and performing at maximum capacity. Below, he's sharing his best beauty and wellness tips.

Use a Clarifying Cleanser 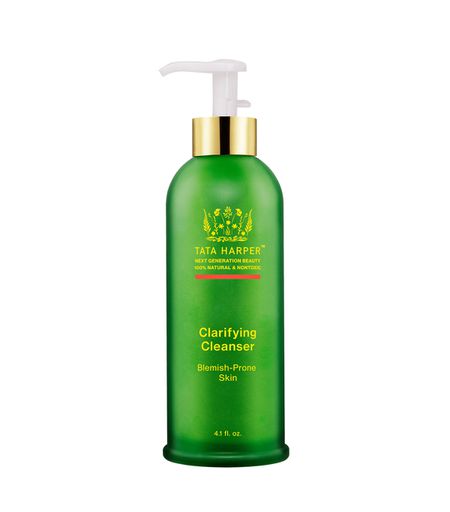 "There are two cleansers that I love," he gushes excitedly. "The first is Tata Harper. You put it on your face dry and it lathers up; it’s really mild. The other one is—are you familiar with Suzanne Kaufmann? It’s very herbaceous and super mild. There’s no really high astringent and it doesn’t dry out my skin, so I use that one with my Clarisonic. That gets me all nice and clean." Porowski tells me he recently learned about the magic of toner and applies it post-cleansing "to sort of open everything up." His favorite: a fancy pick, La Prairie Skin Caviar Essence-in-Lotion, which, by technical terms, is more of an essence than a toner (we break down the difference here). To curb under-eye puffiness and dark circles, Porowski dots on Tata Harper eye cream at night and an Aqua di Parma serum with a rollerball tip in the morning. Then, to top everything off, he seals in all the hydration with the brand's Dry Oil.

Boost Your Skin While You Sleep 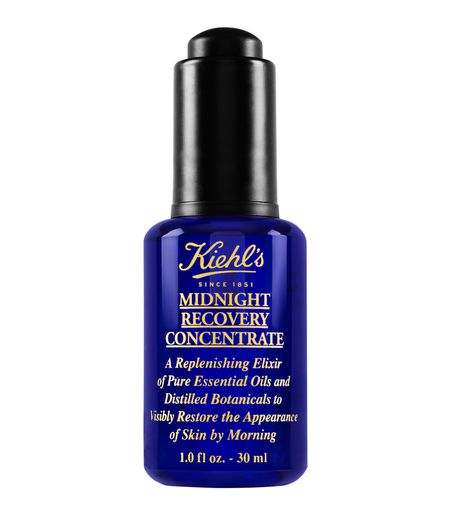 As a cook, it's no surprise Porowski is highly attuned to the olfactory aspect of skincare. "If I’m extra… like, if I really need a long night’s sleep, I use Kiehl’s. Kiehl’s has a really nice overnight serum that’s in a blue bottle. I think it has lavender in it. Lavender calms me down." To play off of another delicious sensorial experience before his head hits the pillow, he mists his case with Ren's & Now to Sleep Pillow Spray. "I don’t even know what’s in it. I know there’s lavender and maybe some frankincense, which makes me think of church as a kid. It’s very relaxing and it just calms me down. And [there's] always a candle burning as well. Before I go to sleep, I’ll blow it out." One of his favorite wicks to light is that of Byredo's Tree House. 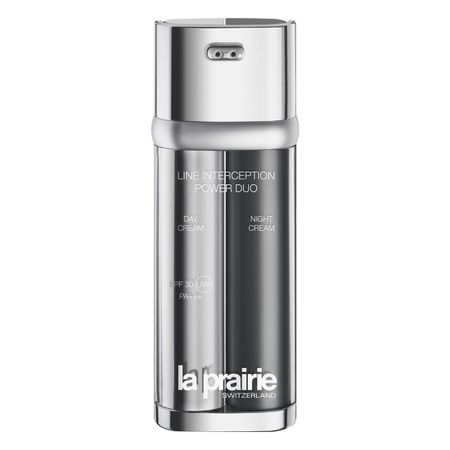 "When I wake up in the morning, I do a gentle cleanser or Clarisonic. Entering the day, all I wear is just a simple moisturizer with SPF. Again, it’s La Prairie. They have this really nice duo that I travel with because it’s travel safe. It has two tubes—one that’s an SPF daytime face cream and the second is a nighttime lotion that I can just put pretty much everywhere. The last thing I use is… I’m not sure what the brand is, but I order it from Amazon. It’s an oat lotion that’s really nicely lightly scented. I put it on my body and elbows, especially after flights. [Flying] dries the hell out of my skin, so I like to use that."

At Byrdie, we're well aware of the calming effects adopting an intention-based skincare routine can have on our minds, and as he's become more of a skincare maven, Porowski counts his creams and gels as part of his wind-down routine. "I know we promote on Queer Eye this message of self-care, but [skincare is] actually this moment where you just get to be with yourself, where you’re doing something for you. Because the whole day I’m running around, being pulled in every direction and doing all these different things, where it’s kind of like I get to be in front of a mirror and you just get to chill out and be with yourself for five minutes—and listen to Maggie Rogers, you know?"

Sleep is also paramount to Porowski, so much that he promises himself a solid eight hours each night, no matter the circumstance. Envious of this pledge, I asked him to spill every last secret. "Five hours was my normal go-to when I was in Kansas City filming. We would work 12-14 hours, and then I would work on my cookbook at night. I would sleep on average three to five hours over four months. It was fine because I had to get work done and I knew there was a deadline for it, but once I got back to New York, eight hours is a non-negotiable for me. If I have to get up at 7 a.m., then my ass better be in bed by 11 p.m."

"I take a warm shower every night. I have to fully cleanse. I also read a little bit of Arianna Huffington’s book on sleep, because she had this crazy thing that happened where she basically was super overworked, not sleeping well, and she started studying sleep habits of people and different habits they should take. I used to sometimes sleep in shorts or a t-shirt that I would wear during the day if I was staying at home, and I think it’s important to change clothes or fully sleep naked just to completely leave everything from the day out. The one thing I really want to do—I’ve done it a few times and I sleep better when I do—is leave my cellphone out of the room. But my only issue is that I haven’t bought an alarm clock yet, and I need something to wake me up. I refuse to have a TV in my room. My bedroom is trees, plants, a massive photograph, a shit-ton of books… it’s like all things that calm me down. I think that’s super, super, super important, especially for a bedroom." 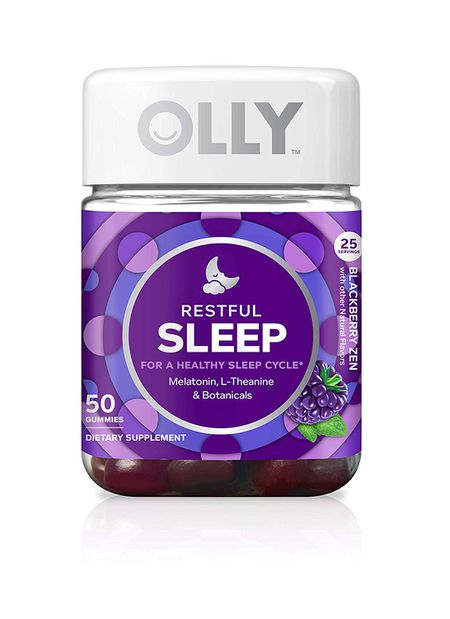 The wellness routine of Queer Eye's resident foodie wouldn't be complete without an ingestible component, most of which consists of Olly's gummy supplements (Porowski is an ambassador for the brand). "I take the Restful Sleep gummy with my Mighty Leaf African Nectar Tea. It’s like my favorite thing. I put a little bit of honey in the African Nectar and take four of the Restful Sleep gummies." [Ed. note: The recommended dose is two gummies per night.] I raised my eyebrows here knowing three gummies will knock me out cold, but he assures me there's no need for alarm. "It’s really fine. It’s still under ten milligrams, so it’s okay."

Then, come morning, he's religious about his java: "My morning starts out with a black cold brew or an iced oat milk latte, the vitamin D gummy, and the Prebiotic + Probiotic from Olly.