QQ: Can You Take Antibiotics and Birth Control at the Same Time? 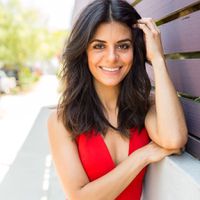 Eliza Krpoyan
Eliza Krpoyan has worked as a luxury lifestyle writer and editor for over a decade. Her favorite topics to write about are wellness and natural beauty, interior design, and travel.
Byrdie's Editorial Guidelines
Medically reviewed by
Sara Twogood, MD

The possibility of a birth control fail is an emotional roller coaster. If you’ve ever had a missed or late period—when you’re not planning on becoming pregnant—then you probably know the feeling. It starts with panic followed by self-doubt and thoughts like, “I’m not ready to take care of a human. I can barely keep my plants alive.” While there are multiple factors that can contribute to the efficacy of birth control—like making sure to take oral contraception exactly as you’re supposed to—a common concern is whether antibiotics make birth control ineffective. To help lessen a freak-out when you’re on antibiotics and taking a prescription contraceptive, we’ve asked a few doctors to explain the affects of antibiotics on birth control.

How Do Antibiotics Affect Birth Control?

“Conjugated estrogen, the main active ingredient in most oral contraceptive pills (OCPs), is metabolized in the liver. The metabolism of OCPs can be accelerated by any medication that increases liver enzyme activity, thereby making this method of contraception less effective,” explains Anate Brauer, MD, reproductive endocrinologist and assistant professor of ob-gyn at NYU School of Medicine.

Brauer confirms, “While there are many reports of failed contraception while taking antibiotics, there is really only one antibiotic that has been shown to increase the activity of these liver enzymes—rifampin. Rifampin or rifampicin is used to treat infections such as tuberculosis or bacterial meningitis. Rifampin has also been shown to decrease the efficacy of other hormonal contraception such as estrogen delivered through a ring or a patch. Other more commonly prescribed antibiotics such as penicillins and tetracyclines have not been proven to interfere with contraception provided by these methods.”

“It is worth noting that other medications such as some antifungals and antiseizure medications and even some herbals such as St. John’s Wart can also decrease the effectiveness of hormonal contraception through the same mechanism.”

Are All Forms of Prescribed Birth Control Affected By Antibiotics?

“IUDs primary use physical methods of contraception (rather than hormonal, even in the case of IUDs that emit hormones), and therefore are not affected by these medications,” explains Brauer.

What Should You Do While You're On Antibiotics?

Gunvor Ekman-Ordeberg, medical advisor to DeoDoc Intimate Skincare and ob-gyn, recommends using an extra form of protection in addition to your usual birth control such as “the barrier method—for example, a condom.”

What Are The Alternatives For Birth Control and Antibiotics?

As far as antibiotics are concerned, you’ll want to check in with a doctor before trying to self-medicate, as certain diseases require a traditional pill. Says Anate, “I would recommend that antibiotics are taken as prescribed—especially in the case of rifampin.” Some natural alternatives to antibiotics do exist, but speak with a medical professional before trying a plant-based alternative, as it may not be the answer for your specific condition.

In the scope of contraceptives, Ekman-Orderberg says, “a very good alternative to birth control pills is an intrauterine device,” which, as mentioned before, is not affected by antibiotics. You may also choose to use condoms, a diaphragm, or another non-hormonal form of birth control, but this is a conversation to have with your gynecologist, especially if you’re currently taking a prescribed method.

Levy states, “In the past, a connection between the two was under question and researched, but the most recent studies have not proven any link between the two. The connection in question was surrounding potential antibiotic interference with the estrogen metabolism in birth pills and the NuvaRing—IUDs work by a completely different method to prevent pregnancy, so there’s never been a reported connection there at all. There’s an inherent failure rate in any contraceptive method [ed note: for birth control pills, when taken properly, it’s less than 1%] in addition to the higher failure rates for people who don’t use it perfectly. This could be where people who have experienced failure with their birth control method have questioned a connection to antibiotics taken at the same time, but based on the most recent research, there is no connection between the two.”