How I Hacked My Amazon Echo to Help Me Sleep Better

Victoria Hoff
Victoria channeled her editorial skills into a career in content marketing and brand strategy. She is a former wellness editor for Byrdie and held beauty and wellness editorial positions at ELLE, The/Thirty, and more.
Byrdie's Editorial Guidelines
Reviewed by
Dana Glauser, LCSW

Reviewed by Dana Glauser, LCSW
Dana Myers, LCSW is a licensed clinical social worker and life coach based in Philadelphia. She has a special interest in how race, sex, gender, ethnicity, social status and competencies impact those in marginalized communities and aims to help her clients find purpose and peace in life.
About Byrdie's Beauty & Wellness Board
Licensed Clinical Social Worker
Fact checked by
Anna Harris
Fact checked by Anna Harris
Anna Harris is an experienced fact-checker and researcher and a beauty writer and editor.
LEARN ABOUT BYRDIE'S EDITORIAL GUIDELINES

Sleep—we crave it and we need it, but we never seem to get enough of it. A 2016 Consumer Reports survey of 4023 adults found that 27% of Americans have difficulty falling and/or staying asleep while 68%—the equivalent of 164 million people— "struggled with sleep at least once a week." These are sobering statistics, which is why we’re dedicating the next few days to this ever-elusive, never-can-have-enough part of our lives. Welcome to Byrdie’s first-ever Sleep Week, wherein you can expect detailed accounts of our own editors’ sleep trials and tribulations, the latest products to help you nod off, and all the new relevant research. Suffice to say, we’re obsessed with getting more shut-eye (the quality kind, too), and hopefully our obsession will ensure you wake up more mornings feeling well rested and less like you want to hurl your alarm clock across the room. Read (and rest) up!

In 2017, I glanced down at my phone to see this news alert from The Wall Street Journal: “Amazon’s voice-controlled personal assistant is creating chaos for people named Alexa, Alexis, and Alex,” it read. Aside from the general hilariousness of the headline—“There’s definitely some merit to naming your voice recognition technology something weird like Cortana,” mused my sister Alex when I immediately texted her a screenshot—it also underlined the fact that we’re now facing a new technological landscape. The Amazon Echo ($80)—colloquially known by the name of its voice command technology, Alexa—has been one of the top-selling gadgets every holiday season since its release. It’s just one of a growing number of smart speakers and command-based home devices on the market, along with other contenders Google Nest ($100) and Apple's HomePod ($300). Many of us might still view smart speakers as a novelty, but experts expect this to change as developers continue to improve their specs.

That basically sums up my sentiments about my own Amazon Echo: Since Alexa first came into my life a few weeks ago, she has seemed to get a little smarter every day, and little by little, I’ve grown a little more knowledgeable about the extent of her capabilities. The beauty of the device is that similar to the App Store on the iPhone, Amazon Echo has an ever-growing selection of “skills” to install, meaning Alexa only improves as time goes on. While I’ve come to love the convenience of asking “her” about the weather and for a news update first thing in the morning—not to mention a variety of other quirky easter eggs—I’ve also found the Echo to be a great companion to my New Year’s health kick. Part of said wellness effort is improving my sleep habits, and Alexa offers a number of capabilities to help kick insomnia.

This starts with the Echo’s exceedingly pleasant alarm, which is light-years less jarring than the one on my phone and gently phases me out of my morning REM cycle. I also cannot emphasize how cathartic it is to yell “Alexa, STOP!” to turn it off—the stuff of my teenage fantasies. But it’s also just one of Alexa’s more obvious sleep-related functions, and there are several others that lie beneath her shiny chrome casing. 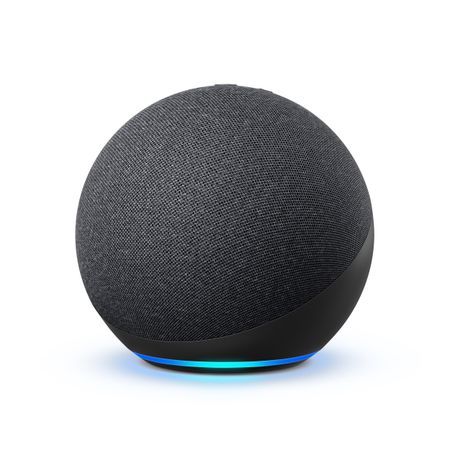 Admittedly, I was a little disappointed at first that the Echo didn’t already have a built-in sleep machine capability—it seems like a fairly simple command to ask Alexa to play white noise, no? While I can’t imagine that said skill is too far off in the future, in the meantime, there are a few workarounds. One of them is to create a sleep-specific playlist either in Amazon Music or on Spotify. I personally prefer brown noise to white noise, so I made a Spotify playlist with just one track of brown noise and titled it “Sleep Sounds.” To play it, I ask Alexa to “play ‘Sleep Sounds’ on loop” so she knows to indefinitely repeat the track. There's also an application for Alexa called Sleep Sounds, which has 40+ different noises to fall asleep to. You can also ask her to play "Sleep Music", which she will dutifully do.

On that note, the Echo does have a handy capability to turn off any functions or noise after a given amount of time. After queuing up my sleep noise playlist, for example, I ask Alexa to set a sleep timer for 10 or 20 minutes so that it doesn’t play the noise all night.

A second way to hack the Echo into a noise machine is to enable a skill called Ambient Noise, which offers ocean, rain, and thunderstorm sounds. While it lacks the customization of say, searching noises and crafting my own playlist on Spotify, it makes up for it in convenience: I simply ask Alexa to “play Thunderstorm Sounds,” and she complies. (And since not all thunderstorm noises are created equal, I’ll vouch for this one—it’s ambling and very calming.)

There are a handful of great meditation and breathing skills, and even in just the two weeks I’ve been using my Echo, more have become available. There’s even one devoted to the 4-7-8 breathing technique that famously helped one Byrdie writer fall asleep in under one minute—I personally passed on this one, since Alexa dictates the “inhale” and “exhale” commands, and her robotic voice is a little jarring when I’m trying to fall asleep. (Imagine your GPS leading you through a mindful meditation—it's a little much.) Alexa even comes with its its own Guided Meditation capability

My far-and-away favorite is Stop, Breathe & Think, a popular mindfulness app that also syncs with the Echo. It’s essentially a guided meditation, and it’s different every day—the sessions are quick, too, usually ranging from one to five minutes. The voice is so soothing, and I usually don’t even make it to the end of the meditation before drifting off.

"Alexa, tell me a bedtime story."

The first time I asked Alexa to lull me to sleep with tale-telling, she got sassy with me. “Hold onto your hats,” she said. “This one’s a nail-biter: Once upon a time, they lived happily ever after. The end.” (Imagine this all said with that robotic monotone effect.)

As it turns out, in order to enable an actual, sarcasm-free bedtime story, you need to give Alexa a name to work with. (“Alexa, tell a bedtime story to Victoria.”) She then weaves a personalized story—for example, the tale of a queen named Victoria who ruled the land of Victoriaburg. It’s definitely a skill intended for kids, but it gave me a chuckle nonetheless as I settled into bed for the night.

It’s definitely also worth noting that the Echo also syncs up with Audible, so you could easily fall asleep to the audiobook of your choosing. You just ask Alexa to read the book by name and request she set a sleep timer for a given amount of time, to ensure the book doesn’t play all night.

Next, check out the fascinating sleep devices with over 1000 positive reviews on Amazon.